Fact Daredevil Stuntman Nik Wallenda
The holder of half a dozen world records will walk across the Grand Canyon on a steel cable with nothing but the Little Colorado River 1,500 feet below on June 23. With no tethers or safety nets, the walk will be the highest tightrope attempt ever for the 34-year-old, at a height taller than the Empire State Building. Last year, Wallenda, a seventh-generation member of the “Flying Wallendas” family of acrobats, became the only person to walk a wire over the brink of Niagara Falls. 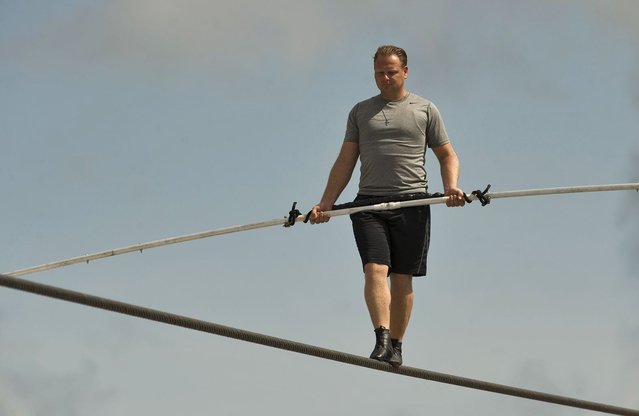 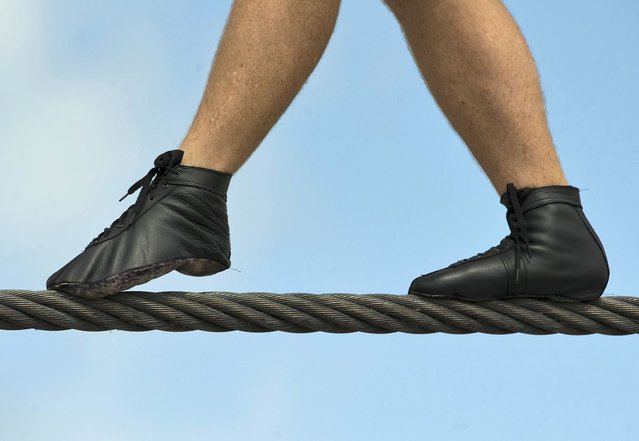 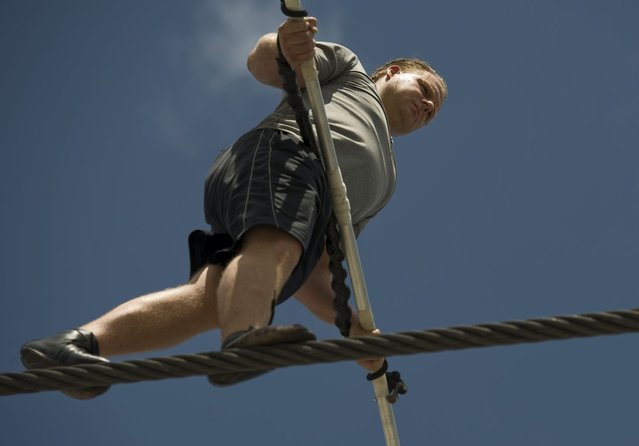 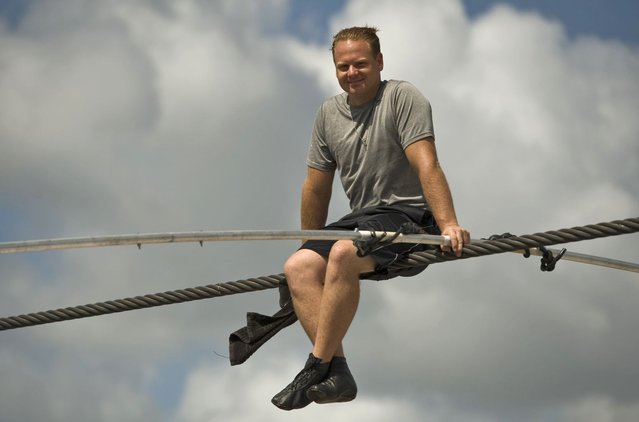 High wire walker Nik Wallenda balances on a 1,200 foot (366 meter) cable during a practice session in Sarasota, Florida, June 14, 2013. Wallenda is training for his untethered high wire walk across the Grand Canyon scheduled for June 23. (Photo by Steve Nesius/Reuters) 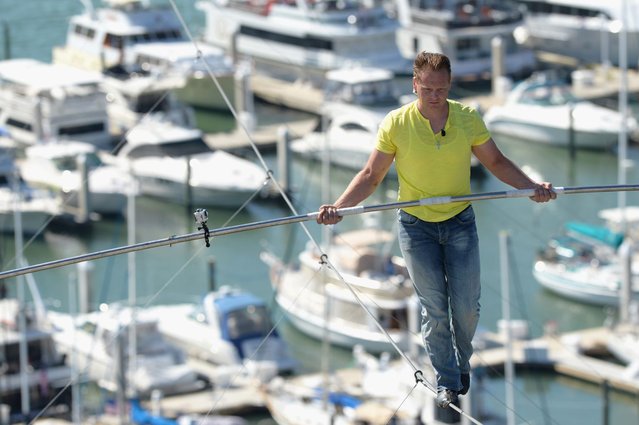 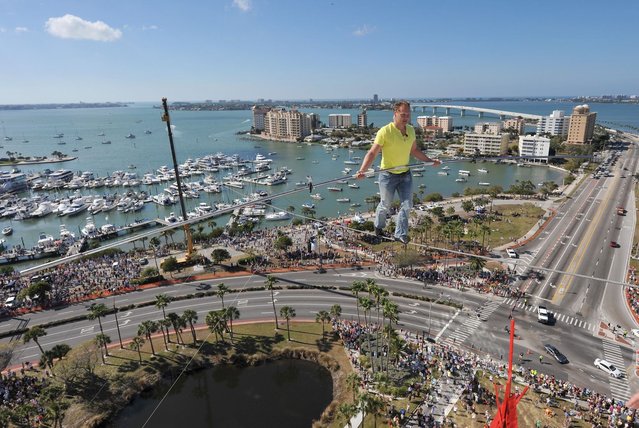 Nik Wallenda walks across a tightrope 200 feet above U.S. 41 on January 29, 2013 in Sarasota, Florida. (Photo by Tim Boyles/Getty Images) 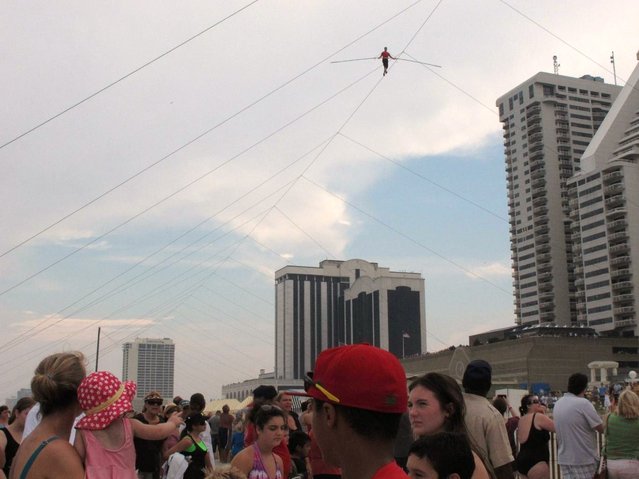 A crowd watches as daredevil Nik Wallenda walks a tightrope above the beach at Atlantic City on Thursday, August 9, 2012. Officials say some 150,000 people witnessed the walk. (Photo by Geoff Mulvihill/AP Photo) 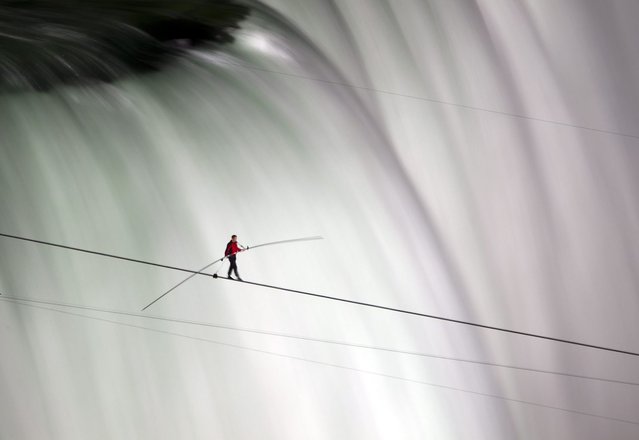 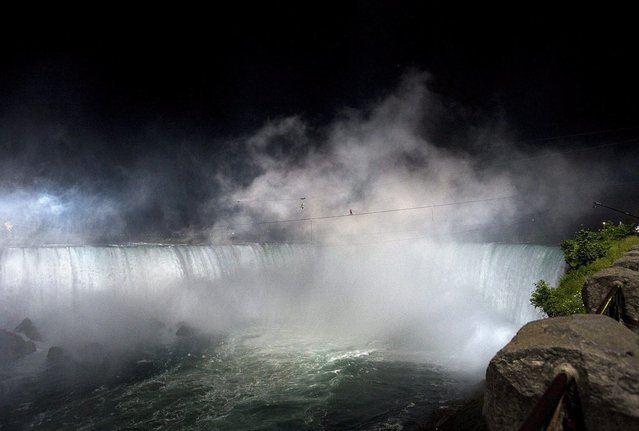 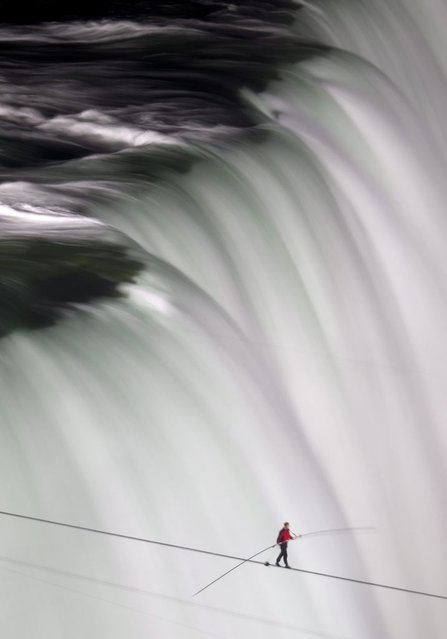 Nik Wallenda nears the middle of his tightrope walk over Niagara Falls as seen from Niagara Falls, Ontario, on Friday, June 15, 2012. Wallenda has finished his attempt to become the first person to walk on a tightrope 1,800 feet across the mist-fogged brink of roaring Niagara Falls. The seventh-generation member of the famed Flying Wallendas had long dreamed of pulling off the stunt, never before attempted. (Photo by Aaron Vincent Elkaim/AP Photo/The Canadian Press)
Edit Del
18 Jun 2013 08:45:00, post received 0 comments
Publication archive:
←   →
Popular tags:
All tags
Last searches: