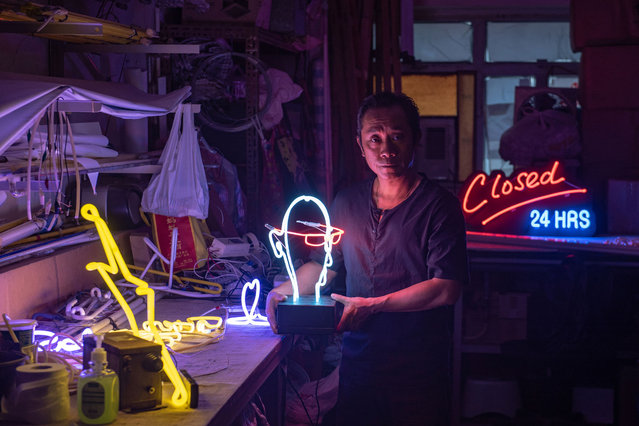 In this picture taken on April 16, 2018, neon sign maker Wu Chi- kai poses during an interview with AFP in Hong Kong Neon sign maker Wu Chi- kai is one of the last remaining craftsmen of his kind in Hong Kong, a city where darkness never really falls thanks to the 24- hour glow of a myriad lights. Ahead of May Day, AFP' s video and photo teams spoke to men and women around the globe whose jobs are becoming increasingly rare, particularly as technology transforms societies. (Photo by Philip Fong/AFP Photo) 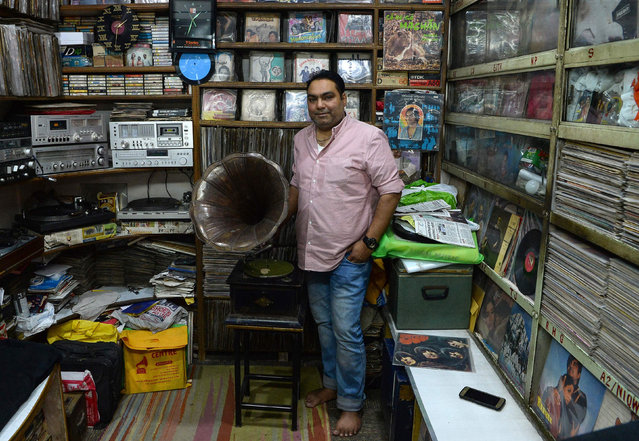 Syed Zafar Shah, 40, who runs a gramophone repair operation, poses at the Shah Music Centre store where he sells antique gramophones and vinyl records in the old quarters of New Delhi on April 24, 2018. Gramophone record players emerged as the primary way to replay audio recordings in the late 19 th century, amplifying the grooves in vinyl disks, but was steadily overtaken in the 20 th century by turntables playing records connected to electrified audio speakers. (Photo by Sajjad Hussain/AFP Photo) 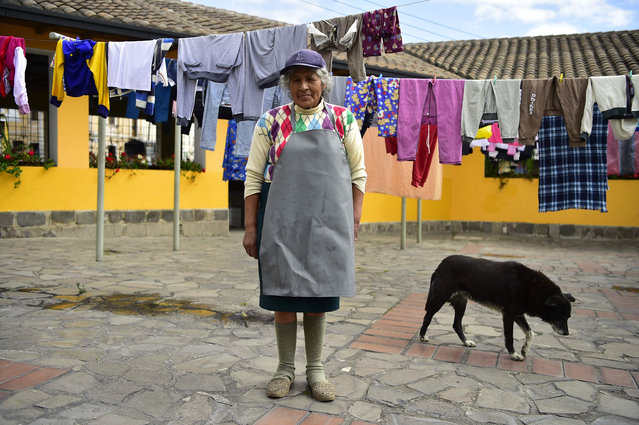 Ecuadorean washerwoman Delia Veloz, 74, is pictured next to clothes hang- drying at the municipal laundry of the Ermita neighborhood, in Quito, on March 5, 2018. Veloz has been a washerwoman for over 50 years and earns around four dollars a day. (Photo by Rodrigo Buendia/AFP Photo) 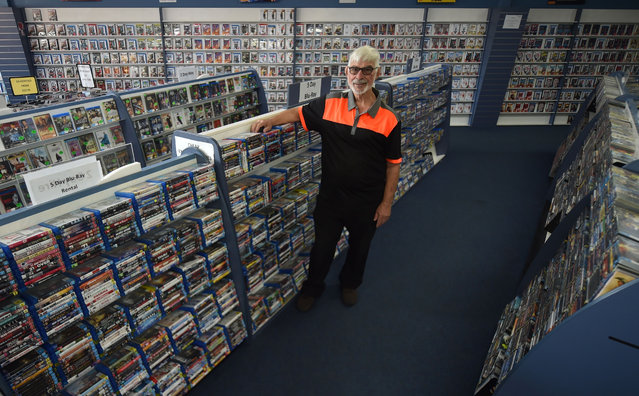 Geoffrey Hooper poses for a photograph in his DVD store in the western Sydney suburb of Mount Druitt on April 24, 2018. Hooper, 71, runs one of the last DVD stores in Sydney, as other outlets close their doors amid the shift towards streaming movies and television shows online. When Hooper first opened the store in 1993, the VHS tape format was still in vogue. (Photo by Peter Parks/AFP Photo) 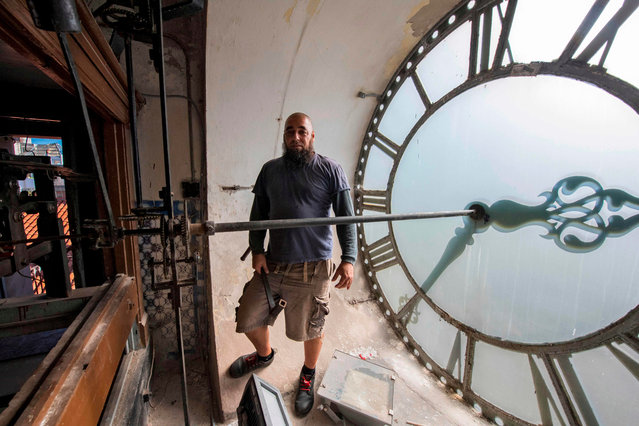 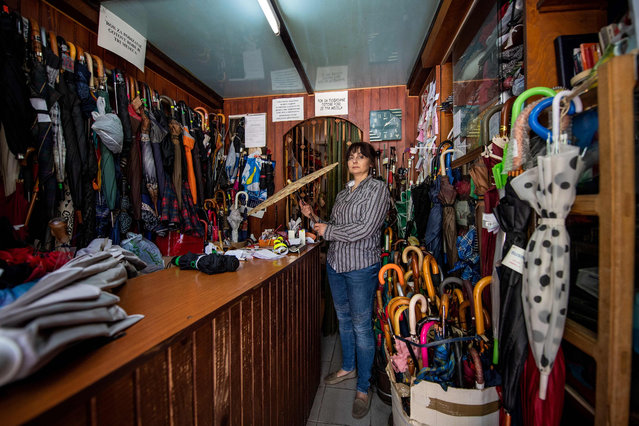 Tatjana Zivkovic, 54, poses for a picture in her umbrellas repair shop in Belgrade on April 19, 2018. Zivkovic' s shop on Visnjiceva Street has been making and repairing brollies for decades. (Photo by Andrej Isakovic/AFP Photo) 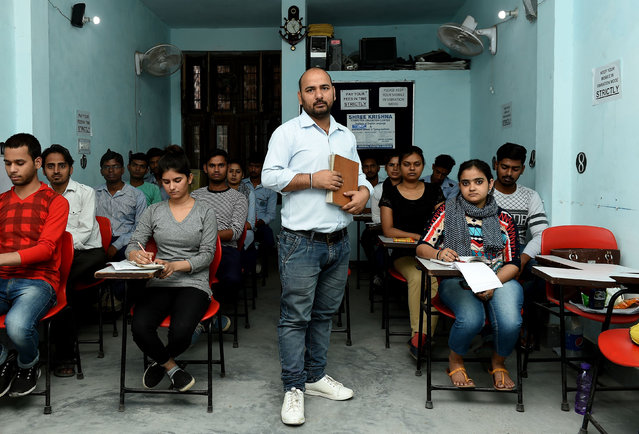 Surbir Singh, 35, an Indian shorthand teacher, poses for a picture at a stenography centre surrounded by students in Faridabad on April 24, 2018. (Photo by Money Sharma/AFP Photo) 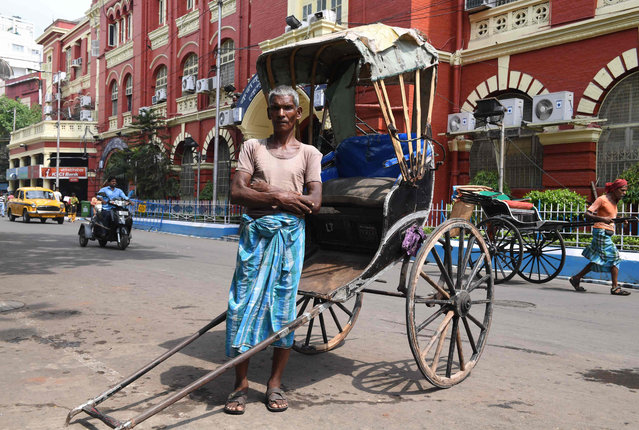 Mohammad Ashgar, 65, an Indian rickshaw puller, poses for a photograph next to his rickshaw in Kolkata on April 21, 2018. A mainstay of 19 th century transportation options, the hand- pulled rickshaw survives in India only in Kolkata after being outlawed elsewhere. The local puller's union puts the number of pullers in the city at 3,000. The union has resisted all previous attempts to ban their livelihood, previously organising mass protests of their members against moves to stamp out the practice. (Photo by Dibyangshu Sarkar/AFP Photo) 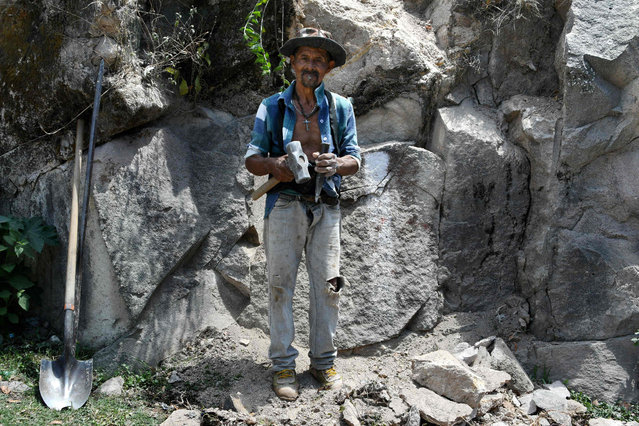 Jose Diaz, 66, stonecutter, poses with his tools in the municipality in Ojojona, 25 km south of Tegucigalpa, on April 24, 2018. (Photo by Orlando Sierra/AFP Photo) 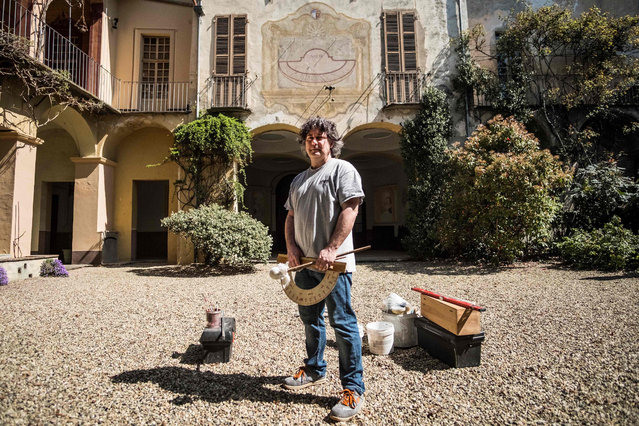 Fabio Garnero, one of the last gnomonist in Italy, poses for a picture in a Renaissance' s mansion where he restores an ancient sundial on April 17, 2018 in Saluzzo, near Turin. Fabio Garnero is one of the last gnomonist in Italy than uses traditional techniques to calculate and draw the sundial on the buildings. He spends a lot of time to catalogue and restore ancient sundials in Italy and in Europe. (Photo by Marco Bertorello/AFP Photo) 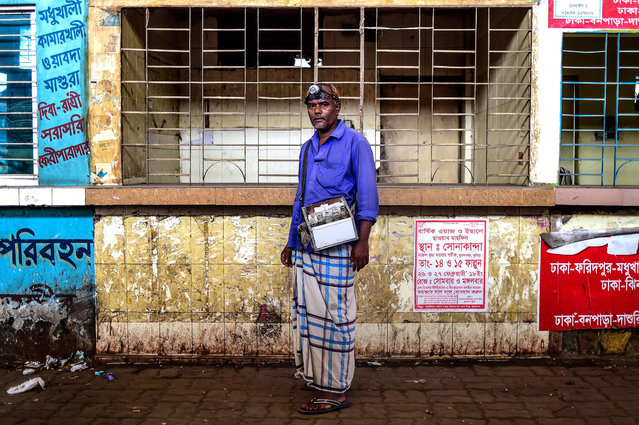 Mohammad Joynal, a Bangladeshi ear cleaner, poses for a picture on a street where he works to clean the ears of patients in Dhaka, on April 24, 2018. Commercially produced cotton buds that are cheap and easily available are destroying the livelihoods of ear cleaners in Bangladesh, one of the signature features of street life in the densely populated South Asian country. (Photo by Munir Uz Zaman/AFP Photo) 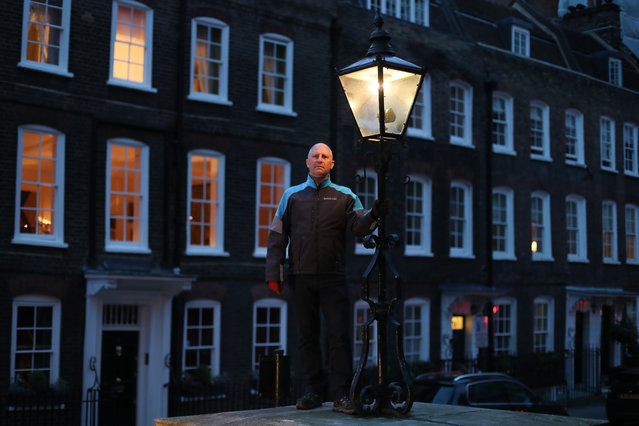 Iain Bell, a gas lamp lighter engineer from British Gas, poses for a picture in Westminster, central London on April 24, 2018. 1,500 gas lamps, some of which are 200 years old, continue to light some secret and beautiful corners of the British capital and are maintained by hand by a five- man team, supervised by engineer Iain Bell. (Photo by Daniel Leal-Olivas/AFP Photo) 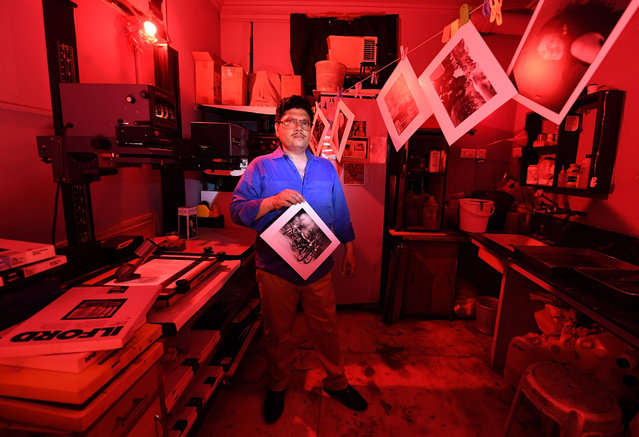 Vicky Luthra, an expert photograph developer and printer, poses with a black and white print in the darkroom at his SV Photographic printing studios in New Delhi on April 19, 2018. (Photo by Prakash Singh/AFP Photo) 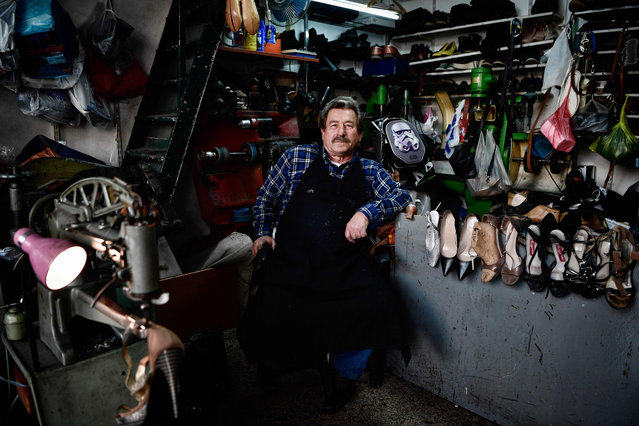 Simeon Simeonidis, a traditional shoemaker poses in his business in central Athens on April 18, 2018. (Photo by Louisa Gouliamaki/AFP Photo) 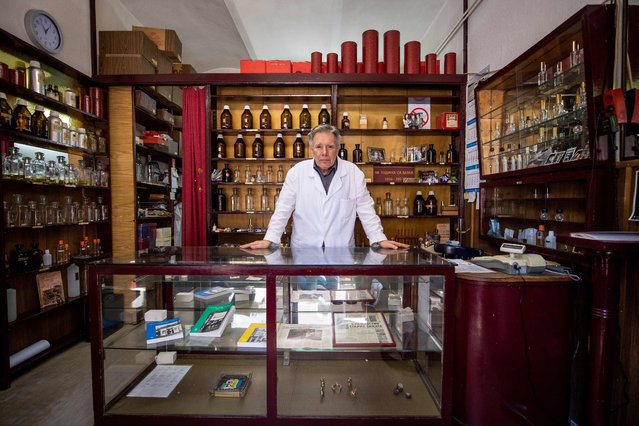 Nenan Jovanov, 70, poses for a picture in his 64 years old perfume shop in Belgrade on April 19, 2018. Nenad literally grow up in this “time capsule” shop as third generation of a family business. Nenad says, “There used to be 23 perfume shops of this kind in Belgrade; now I am the only one left”. (Photo by Andrej Isakovic/AFP Photo) 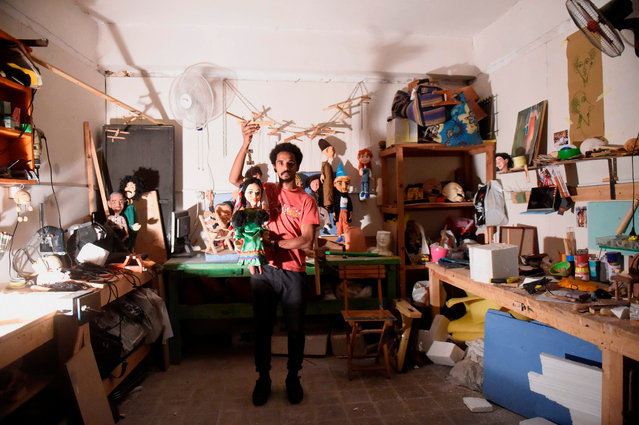