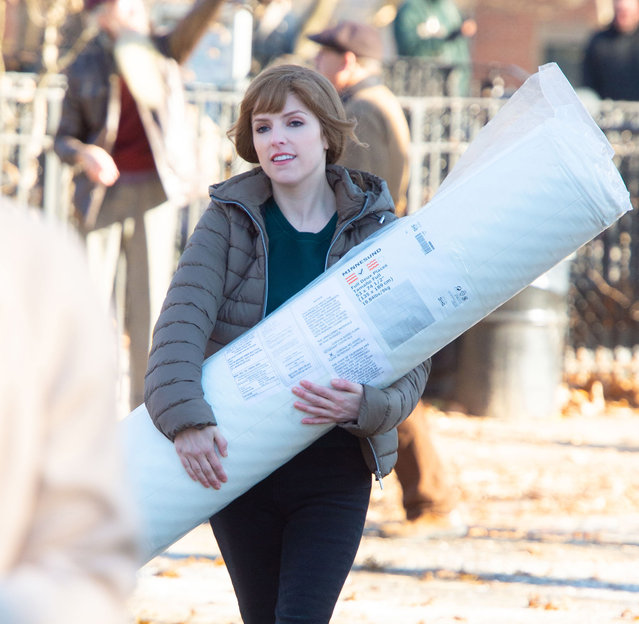 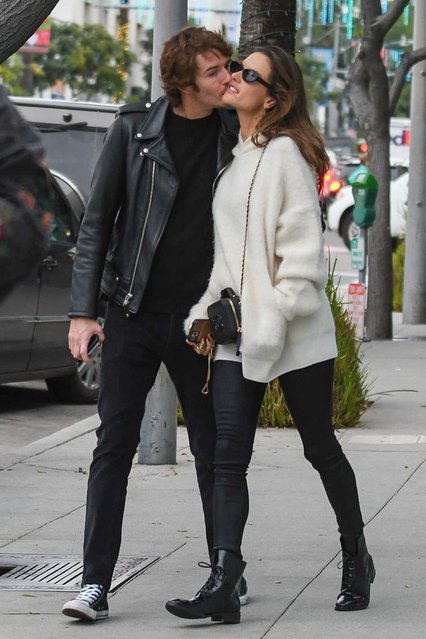 Alessandra Ambrosio shares a kiss with boyfriend Nicolo Oddi after some shopping and lunch with a friend at Il Pastaio in Beverly Hills, CA. on December 23, 2019. Alesandra dons a pair of black boots with an oversized sweater for their outing. (Photo by Backgrid USA) 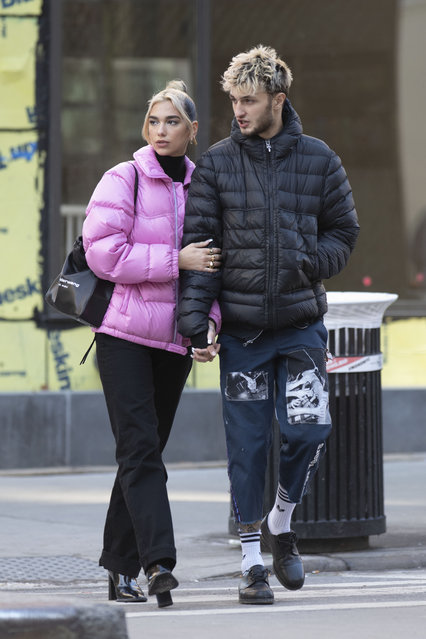 Dua Lipa and Anwar Hadid head out together holding hands in New York on December 20, 2019. The couple headed to Anwar's sister Gigi's nearby home where they appeared to tour the apartment for half an hour before heading back. Before going inside pop star Dua took time to sign autographs for fans waiting outside. (Photo by Splash News and Pictures) 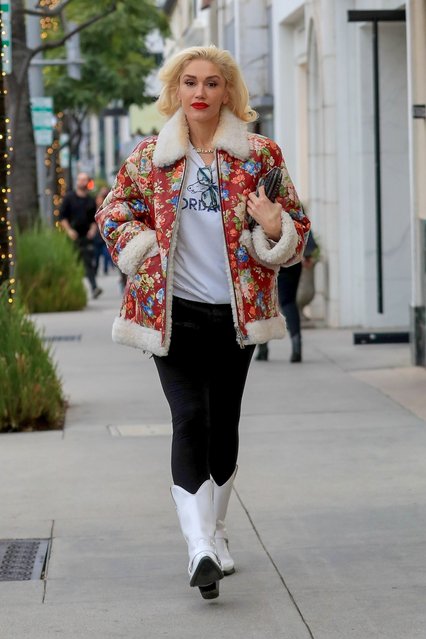 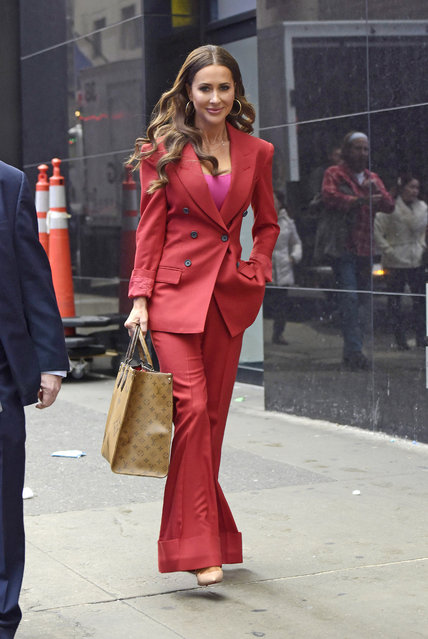 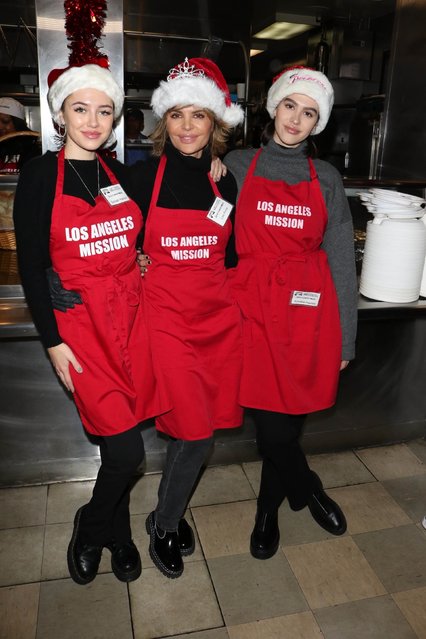 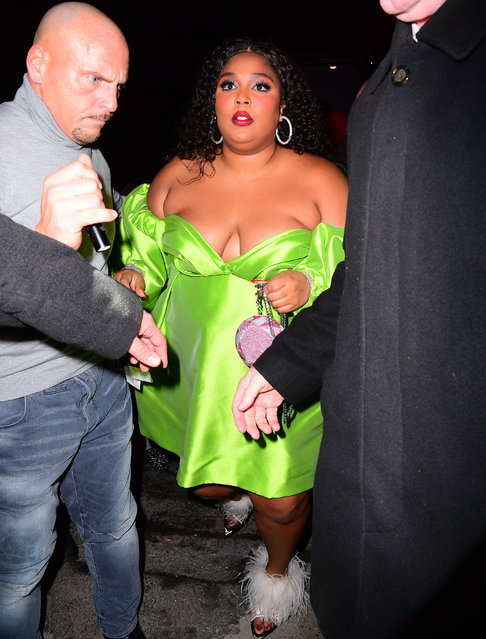 Lizzo Flashes a Ton of Cleavage After Making her Debut on Saturday Night Live in NYC on December 22, 2019. (Photo by DIGGZY/Splash News and Pictures) 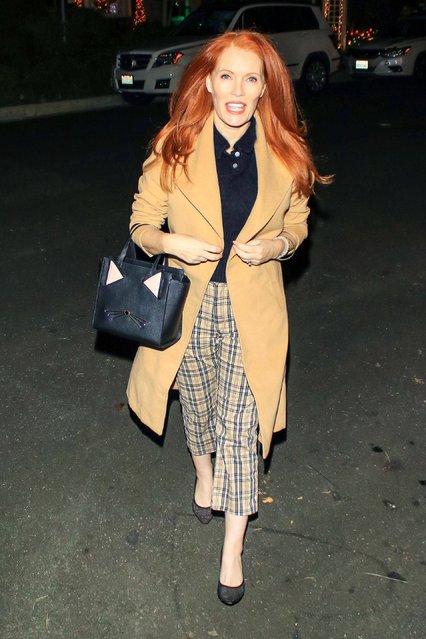 Kimberly Crandall out and about in Los Angeles, USA on December 25, 2019. (Photo by SIPA Press/Rex Features/Shutterstock) 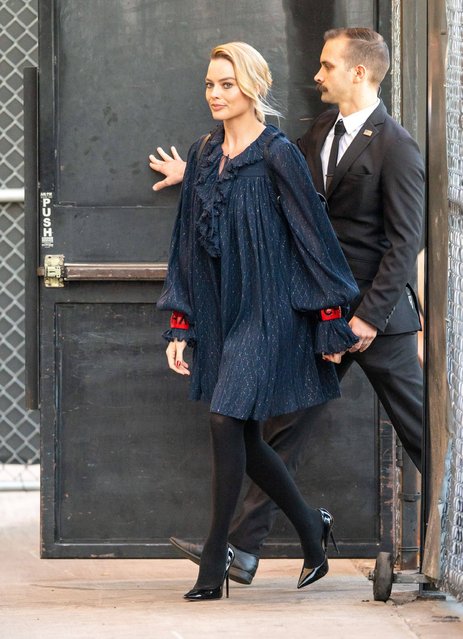 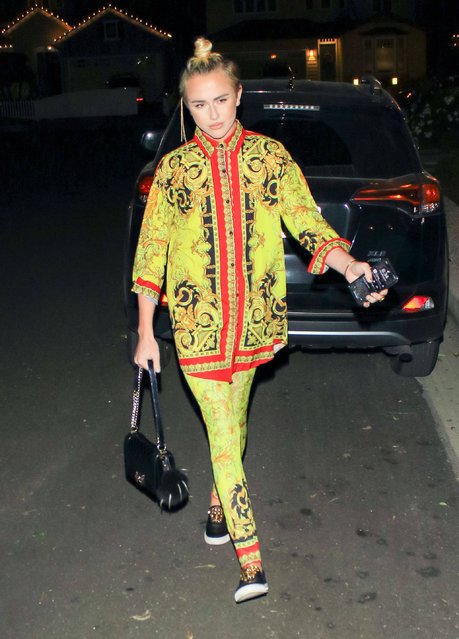 Matt Sarafa out and about in Los Angeles, USA on December 20, 2019. (Photo by SIPA Press/Rex Features/Shutterstock) 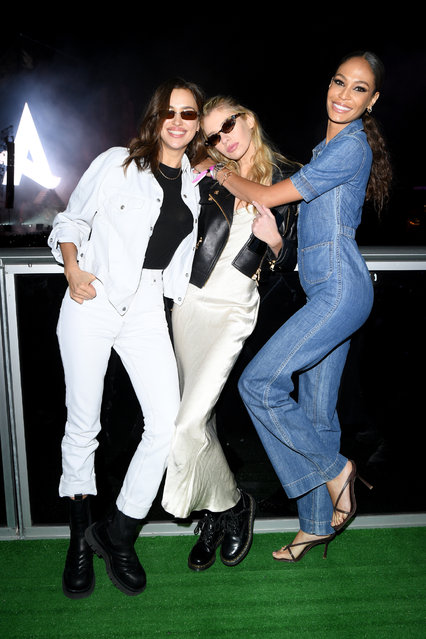 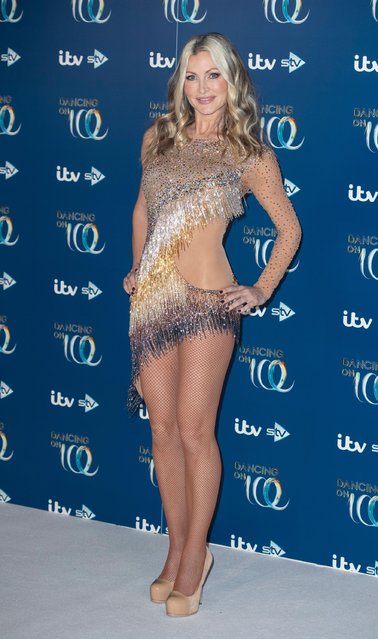 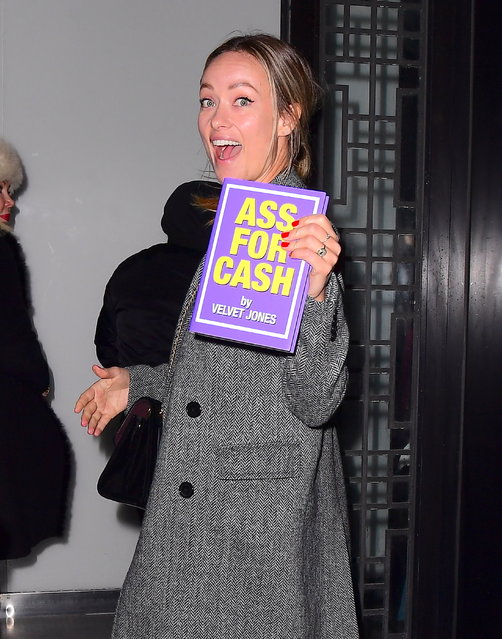 Olivia Wilde has spent many years behind the scenes at SNL, while hubby Jason Sudeikis was a regular on the weekly comedy show, and she might've earned some perks in the process. The actress was seen heading into the SNL After Party on December 22, 2019, holding onto a One of a Kind Prop, which was used by Eddie Murphy in a Sketch. She made off with a book, titled “a*s for Cash” by Velvet Jones , a character played by Eddie in “Black Jeopardy”. Olivia showed it off as she arrived to the party with her Husband Jason. (Photo by DIGGZY/Splash News and Pictures) 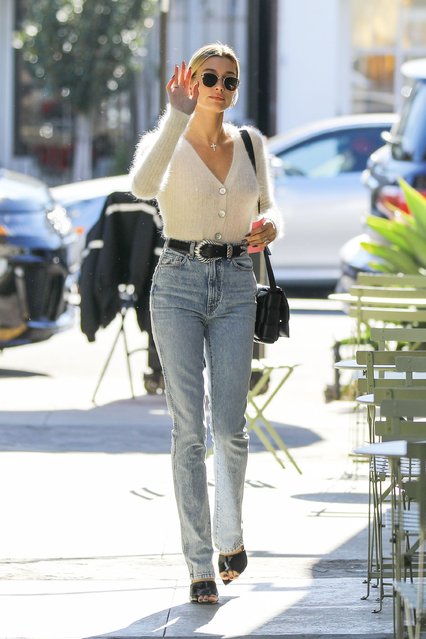 Hailey Baldwin looks stylish in high-waisted denim and her cream wool sweater with plunging neckline as she stops by Nine Zero One to freshen up her hair do in West Hollywood on Thursday, December 19, 2019. Justin and Hailey are reportedly soon to embark on their beach honeymoon and Christmas celebration in Justin's homeland of Canada. The couple will be enjoying their celebration at their – Ontario's Puslinch Lake estate. (Photo by Juliano/X17/SIPA Press) 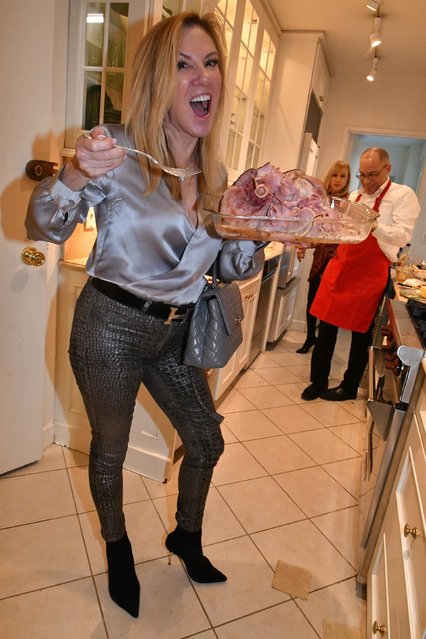 Ramona Singer hams it up at Katlean de Monchy's Christmas party in New York on December 24, 2019. The Real Housewife of New York City had a little fun posing with a holiday ham at the lifestyle guru's gathering. (Photo by Backgrid USA) 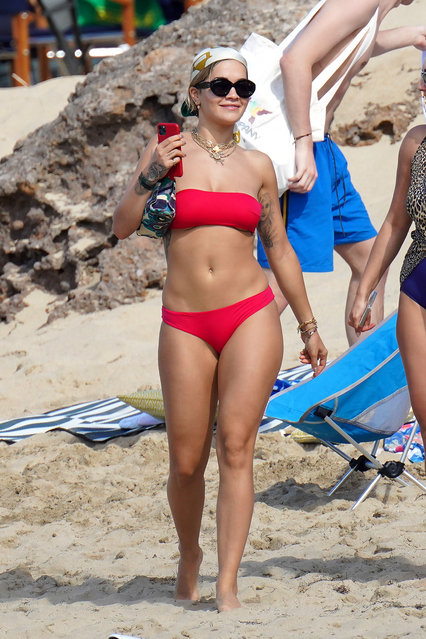 Rita Ora is spending holiday season with her family in St-Barth on December 21, 2019. (Photo by EliotPress/The Mega Agency) 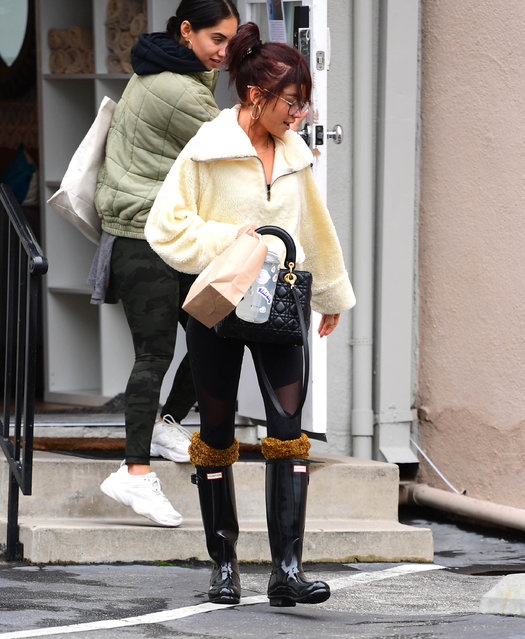 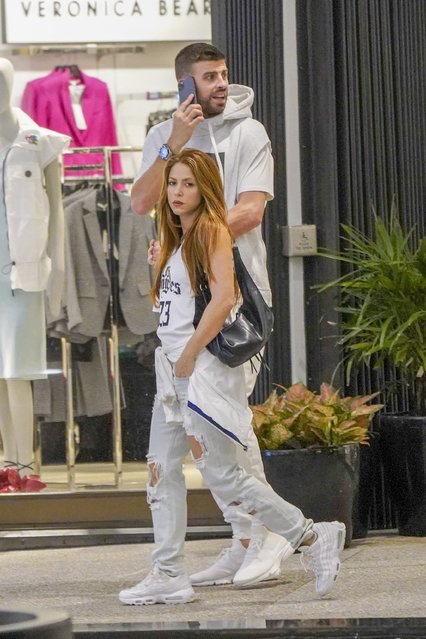 Songstress Shakira and hubby Gerard Pique hold onto each other as they walk around a Miami shopping center with the Holidays just around the corner on December 23, 2019. (Photo by Backgrid USA) 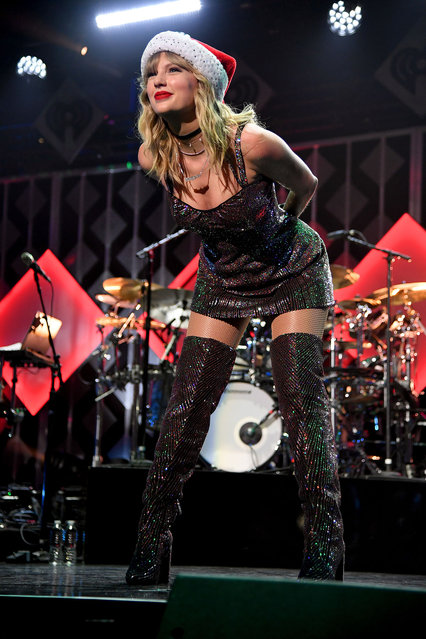