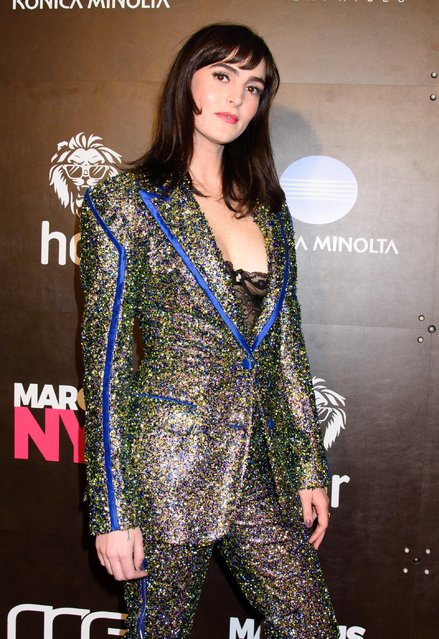 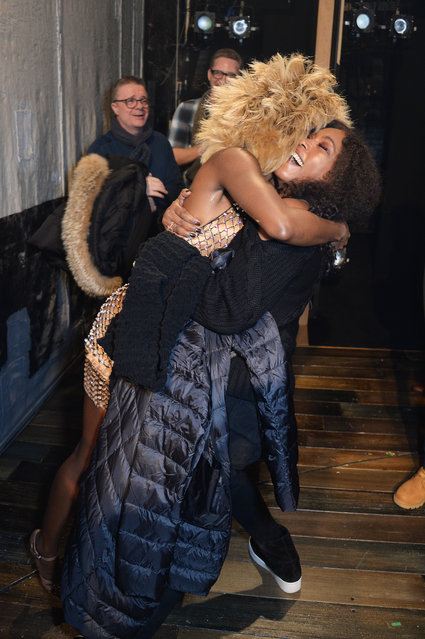 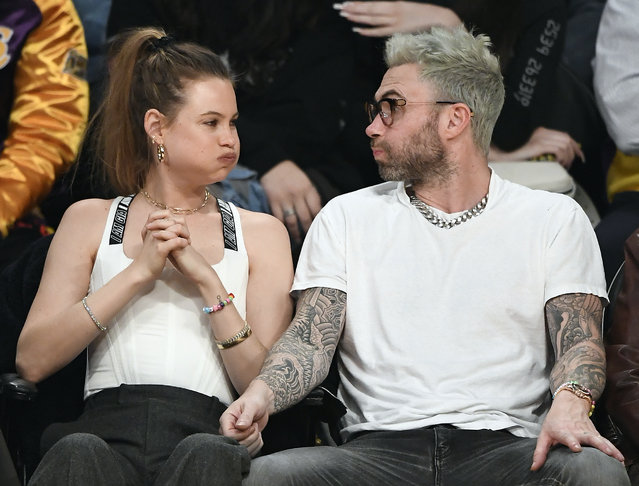 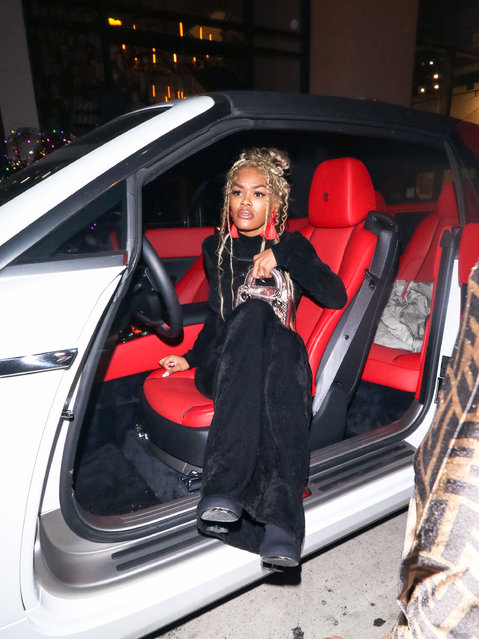 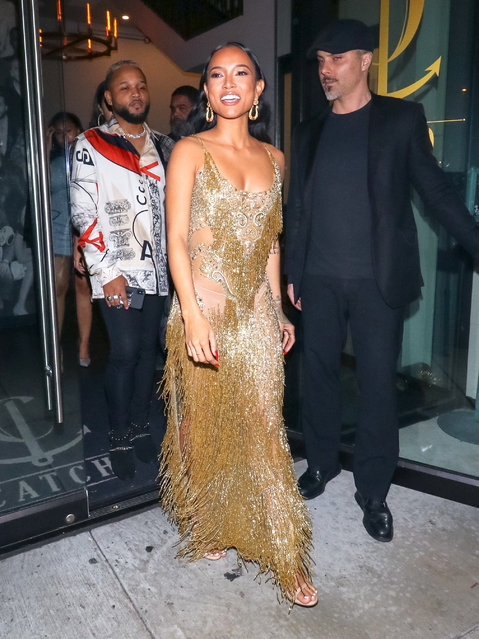 In this handout photo provided by Disneyland Resort, actress Eiza González meets the jolly old elf himself, Santa Claus, during the holidays at Disney California Adventure December 24, 2018 Park in Anaheim, California. The holidays continue at the Disneyland Resort with Disney Festival of Holidays, Believe in Holiday Magic fireworks spectacular and more, through Jan. 6, 2019. (Photo by Joshua Sudock/Disneyland Resort via Getty Images) 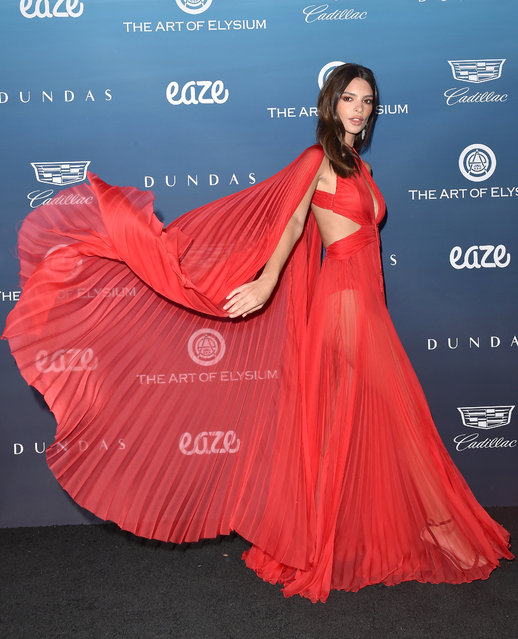 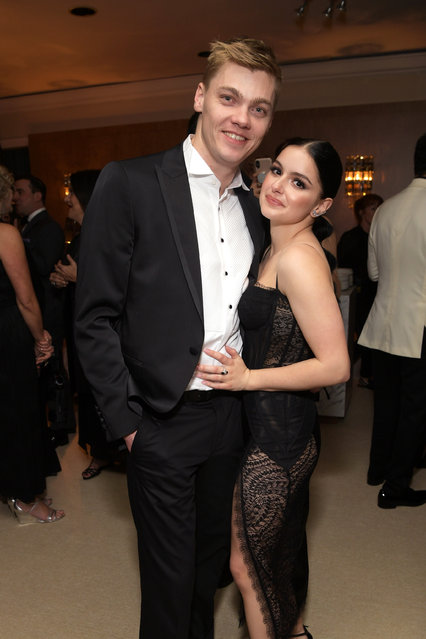 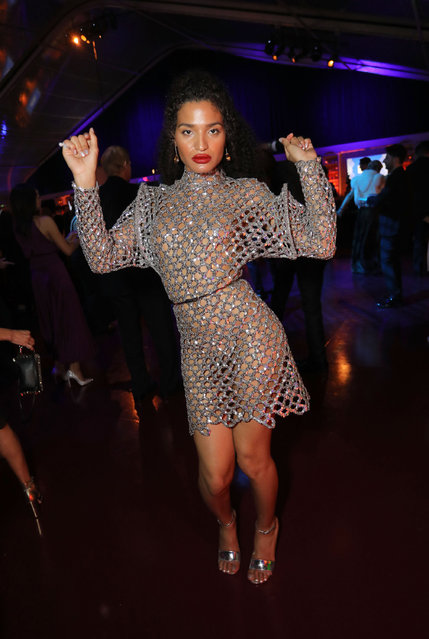 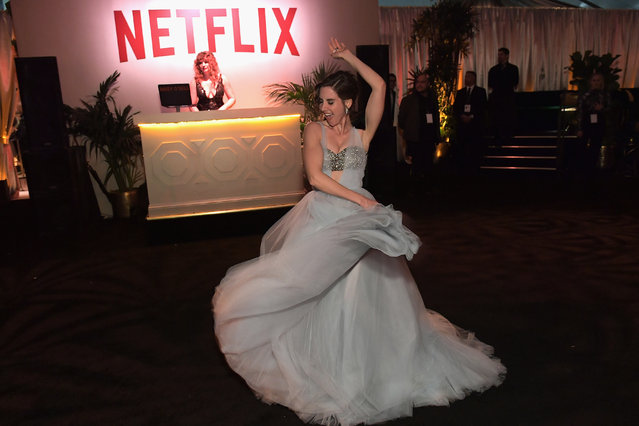 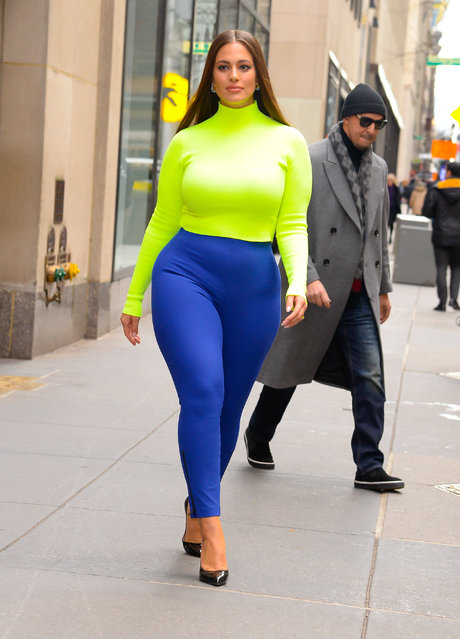 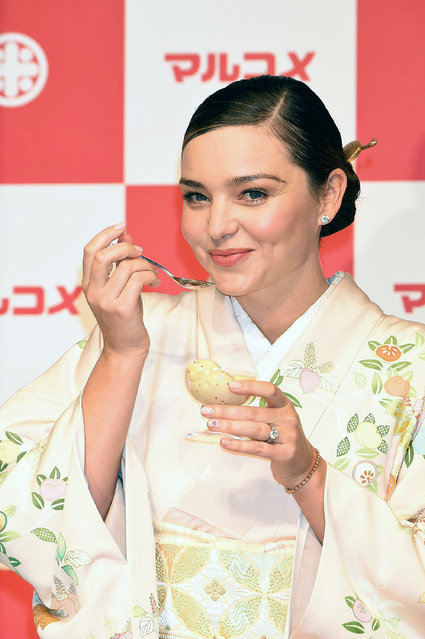 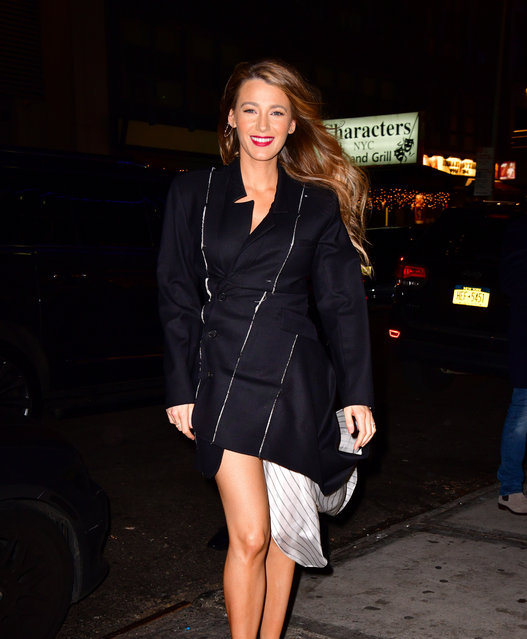 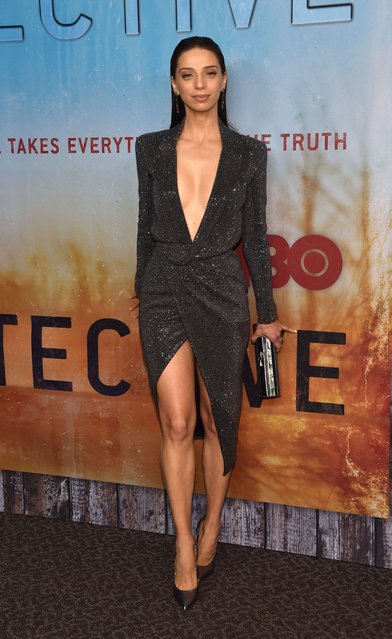 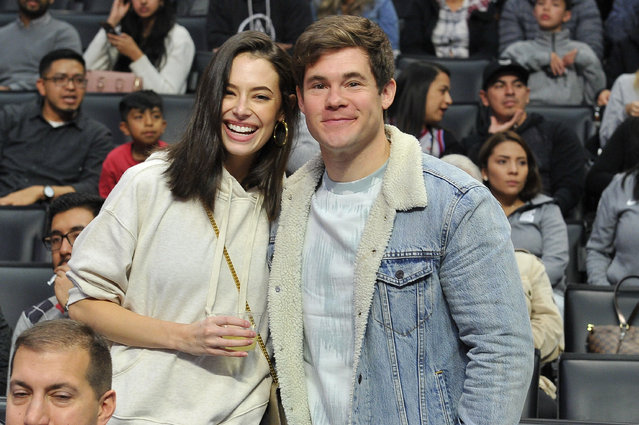 Actors Adam DeVine and Chloe Bridges attend a basketball game between the Los Angeles Clippers and the Sacramento Kings at Staples Center on December 26, 2018 in Los Angeles, California. (Photo by Allen Berezovsky/Getty Images) 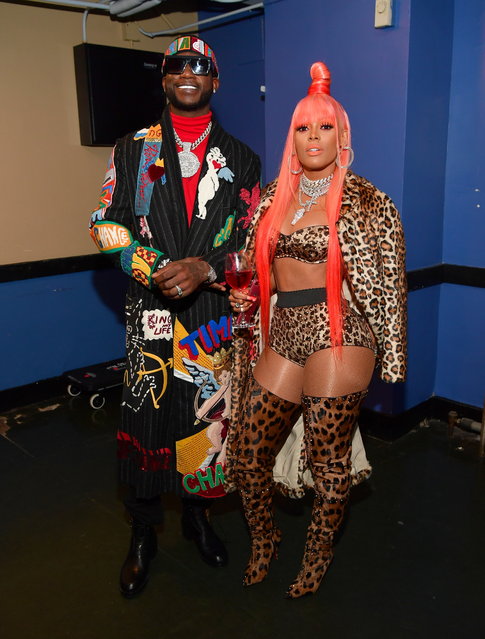 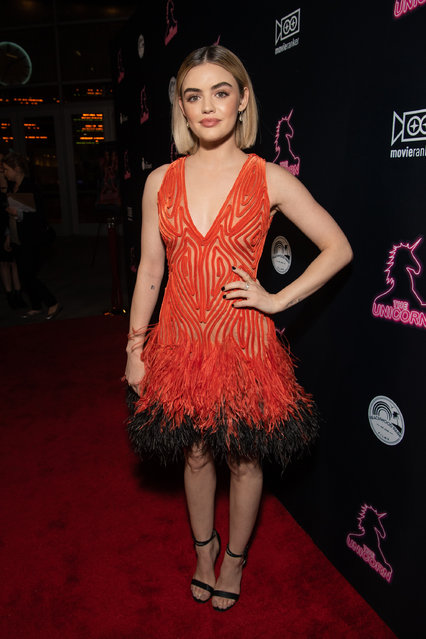 Lucy Hale attends the LA premiere of “The Unicorn” at ArcLight Hollywood on January 10, 2019 in Hollywood, California. (Photo by Emma McIntyre/Getty Images) 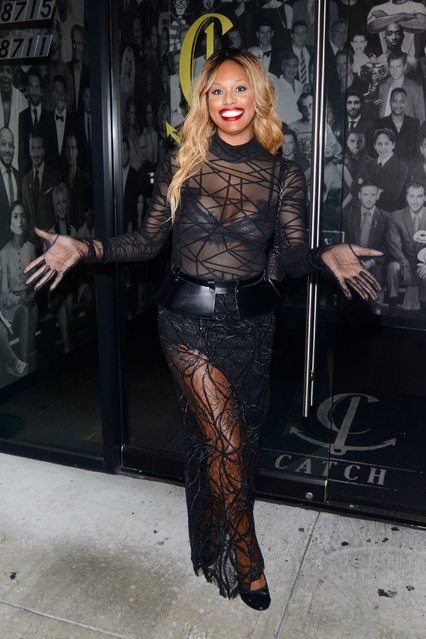 Laverne Cox at Catch in West Hollywood on December 23, 2018. (Photo by Splash News and Pictures) 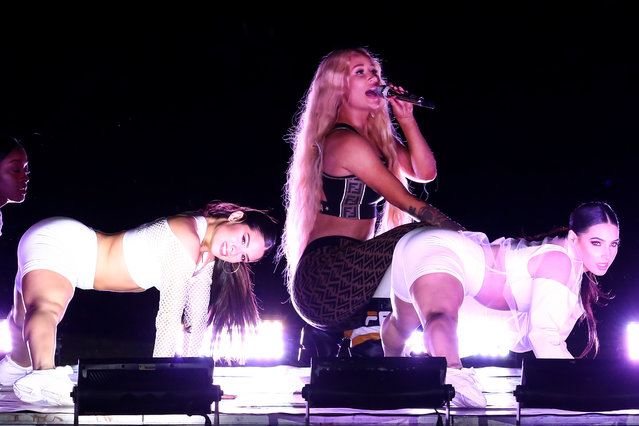 Iggy Azalea performs onstage during her show in Rio de Janeiro before a backing dancer suffers a seizure on December 28, 2018. The Aussie rapper has come under fire on social media for continuing her performance in Brazil on Thursday, despite the dancer collapsing. (Photo by Splash News and Pictures) 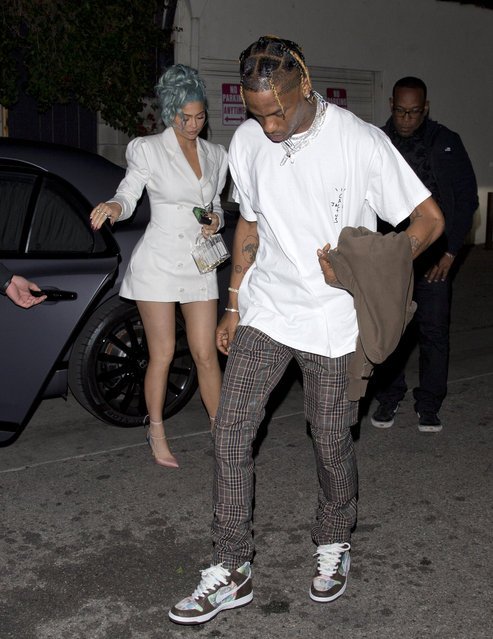 Kylie Jenner wears a beautiful white suit with a short mini skirt and carries a clear designer purse while carrying a disposable camera as she and her singer Boyfriend Travis Scott head to dinner on New Years Eve at “Craigs” in West Hollywood, CA on January 1, 2019. (Photo by SPW/Splash News and Pictures) 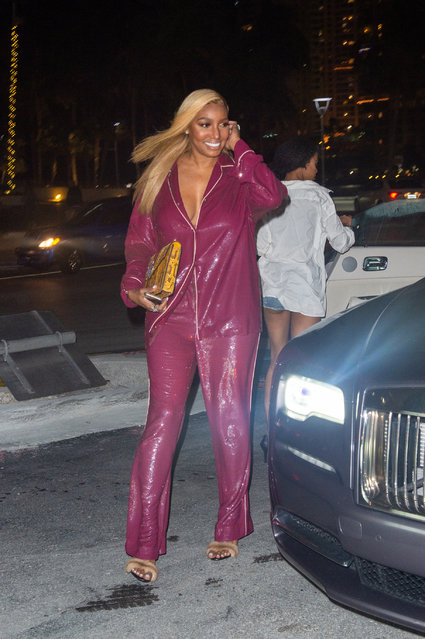 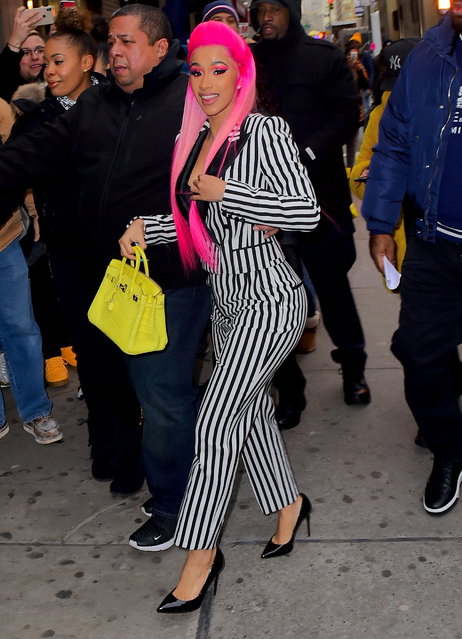 Cardi B was spotted out set of her new Netflix series, Rhythm and Flow in NYC on Wednesday, January 9, 2019. She was joined by Bronx Rappers, Fat Joe, and Jadakiss, who were also judges on the show with her, as they hunt for the next big Hip Hop talent. Cardi wore Highlighter pink hair, and a Beetlejuice inspired Black and White pinstripe Pantsuit as she left her Trailer. (Photo by 247PAPS.TV/Splash News and Pictures) 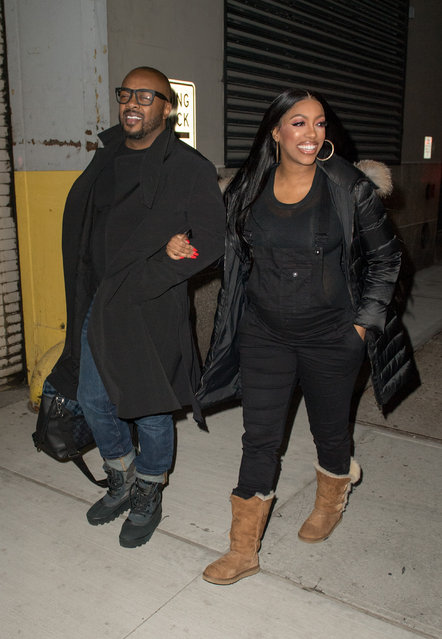 Porsha Walks out of a taping Watch What Happens Live and tells us about the pregnant life as she walks with her Fiance Dennis McKinley on January 9, 2019. (Photo by Dario Alequin/Splash News and Pictures) 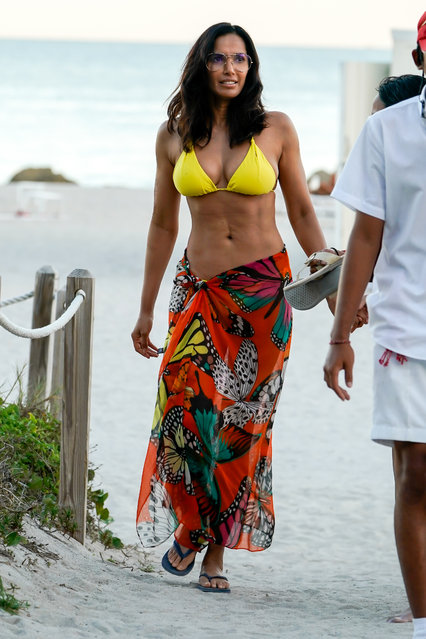