Fact Elephant Statues Of BSP Party Symbol Covered Ahead Of State Elections In India
A worker stands under covered elephant statues at the Ambedkar Park on January 11, 2012 in Noida, Uttar Pradesh, India. India's Election Commission has ordered the covering up of statues, the symbol of the Bahujan Samaj Party, ahead of next month's elections in the state of Uttar Pradesh. The commission believes that the statues' visibility may sway voters, and create an un-level playing field. Mayawati, the chief minister of Uttar Pradesh, India's most populous state, has constructed huge public parks in Noida and in the state capital of Lucknow over her 5 years in power. The parks are strewn with statues of herself, other historical figures and also of the Bahujan Samaj Party's symbol, the elephant. (Photo by Daniel Berehulak /Getty Images) 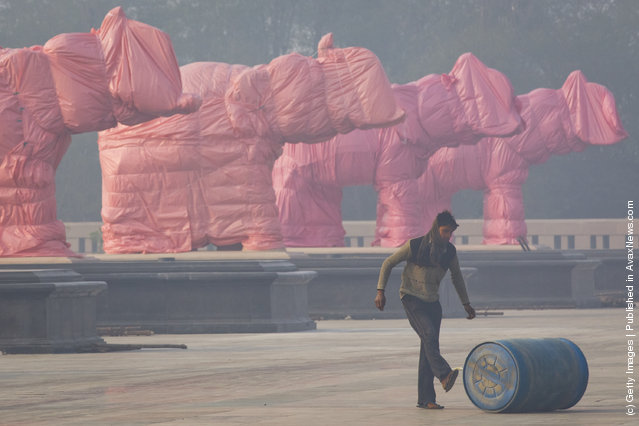 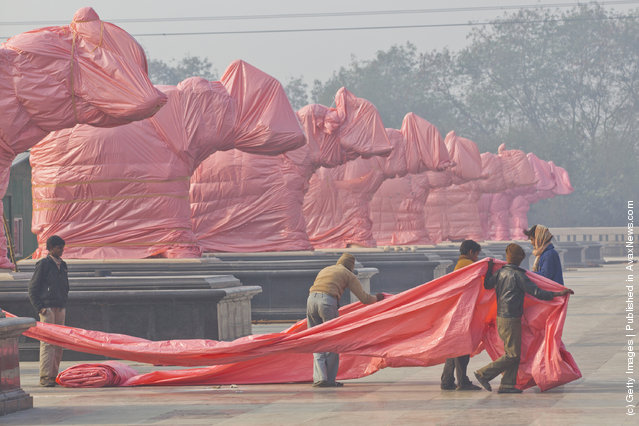 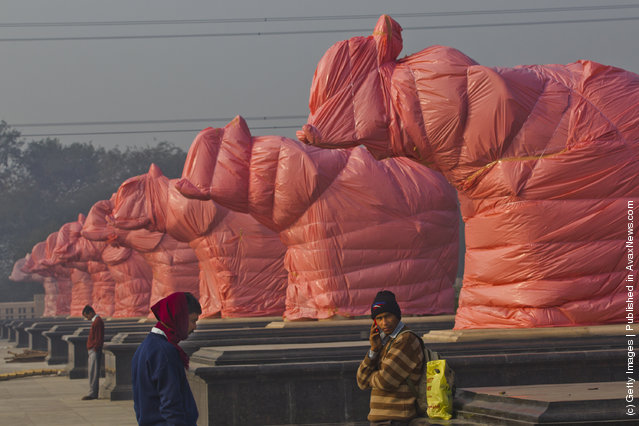 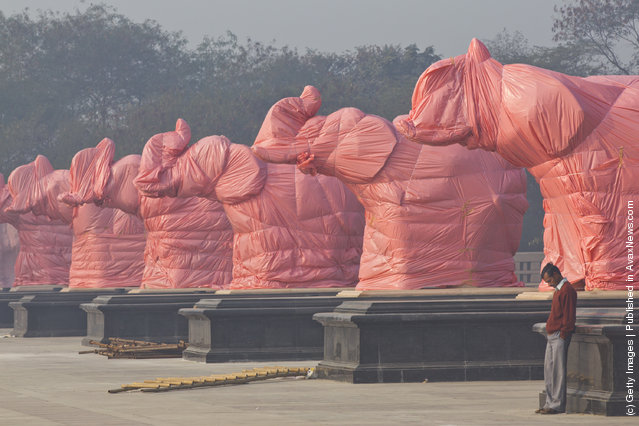