Fact Furry Field Invasion During Swiss Soccer Match (VIDEO)
“A field invasion by a sharp-toothed, weasel-like creature has created havoc at a soccer match in Switzerland. The furry creature, a marten, dashed onto the field a few minutes into the top division match between Thun and FC Zurich on Sunday and evaded efforts by players and match officials to catch it. Play briefly resumed when the animal ran into the stands, but the marten reappeared shortly afterward. Zurich defender Loris Benito dived and grabbed the marten – receiving a bitten finger for his troubles as he tried to carry it off the field. His team’s goalkeeper, Davide Da Costa, then managed to put an end to the creature’s caper and bundle it off the field. Zurich won the match 4-0”. – Associated Press 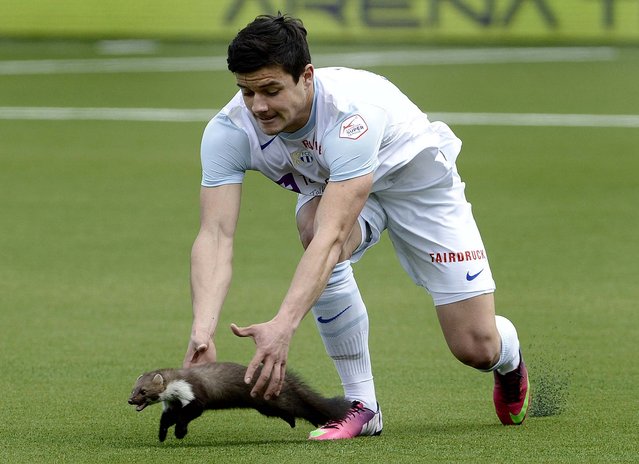 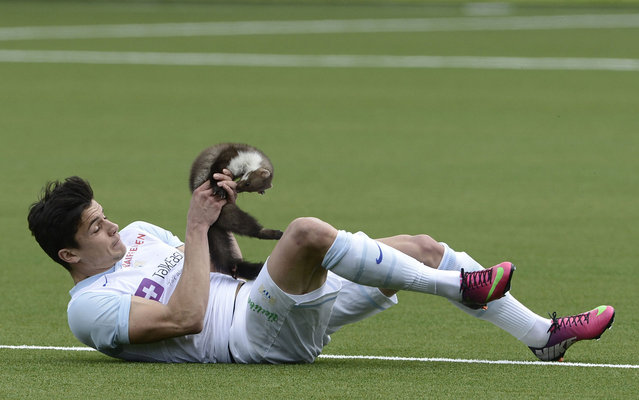 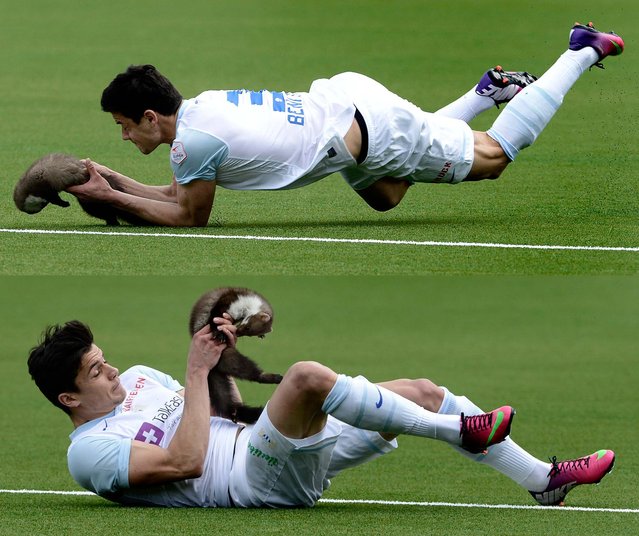 Benito dives and catches the marten, on March 10, 2013. (Photo by Marcel Bieri/Keystone) 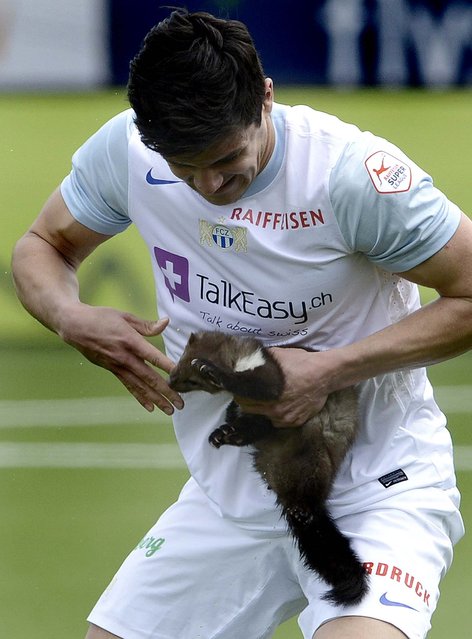