Fact Israel Escapes Locust Plague
A menacing swarm of locusts that entered southern Israel earlier this week has been largely smitten, according to the Israeli government and local reports. But some of the insects' ilk may be back later this week.

Officials sprayed the flying insects with pesticide early this morning (March 6), greatly reducing the number of living, flying insects, according to a statement from the Ministry of Agriculture and Rural Development.

However, there's a “moderate risk” that another, small swarm could reach this region, in Israel's Negev Desert, later this week or on the weekend, said Keith Cressman, a senior locust-forecasting officer in Rome for the Food and Agriculture Organization (FAO) of the United Nations.

The desert locusts, whose scientific name is Schistocerca gregaria, arrived a couple weeks before Passover, the weeklong festival that recounts the biblical exodus of the Jewish people from Egypt. According to the Bible, swarms of locusts were the eighth plague sent into ancient Egypt as a punishment for suppressing the Jews, said Hendrik Bruins, a researcher who studies the archaeology and environmental aspects of desert peoples, at Israel's Ben-Gurion University of the Negev. (Photos by Eliyahu Hershkovitz) 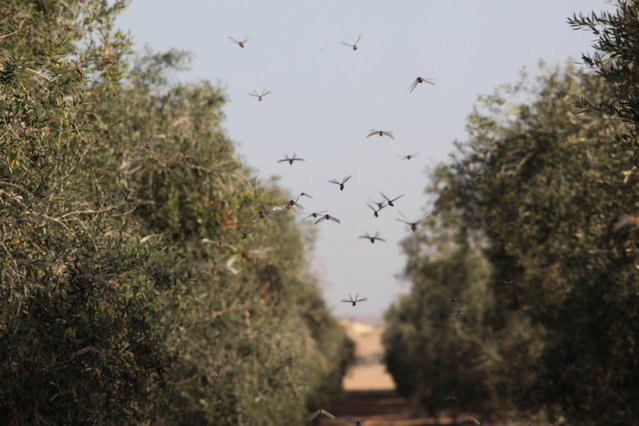 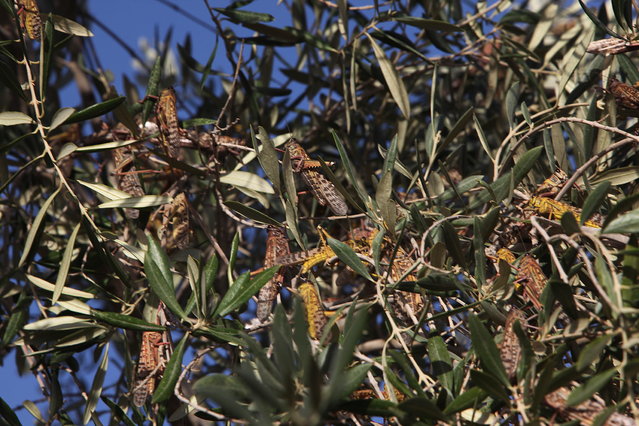 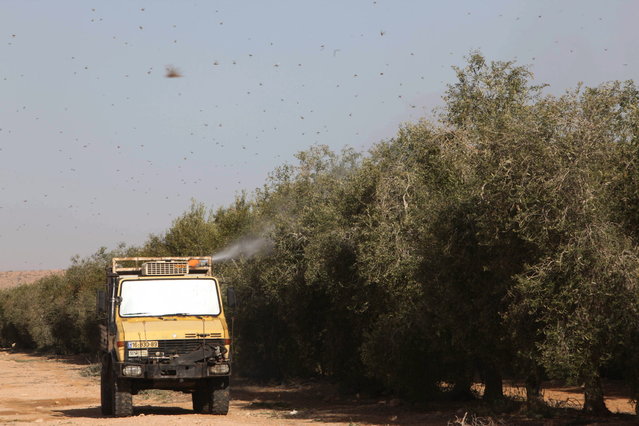 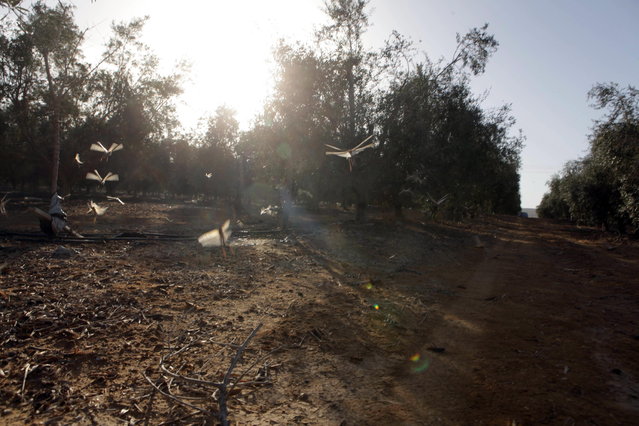 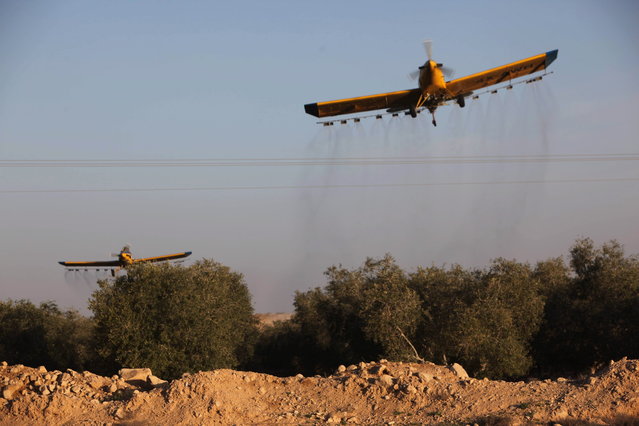 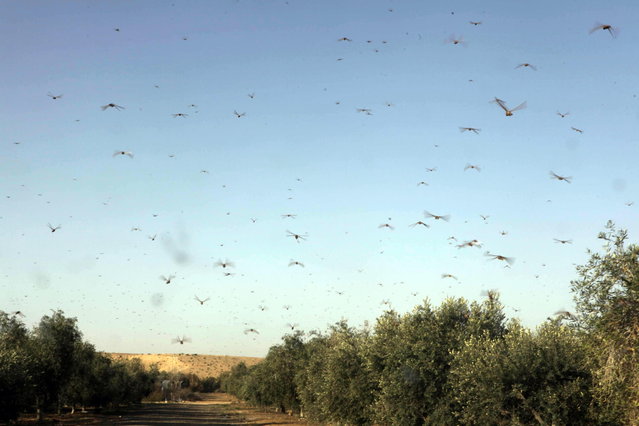 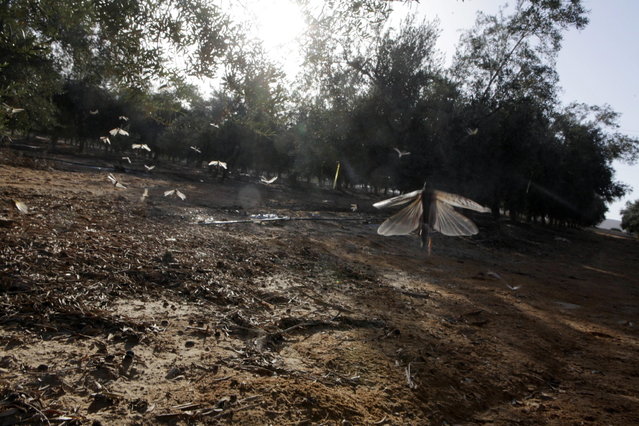