Fact London 2012 – UK Landmarks: Gloucester Cathedral
“Gloucester Cathedral, or the Cathedral Church of St Peter and the Holy and Indivisible Trinity, in Gloucester, England, stands in the north of the city near the river. It originated in 678 or 679 with the foundation of an abbey dedicated to Saint Peter (dissolved by King Henry VIII).

The foundations of the present church were laid by Abbot Serlo (1072–1104). Walter Gloucester (d. 1412) the abbey's historian, became its first mitred abbot in 1381. Until 1541, Gloucester lay in the see of Worcester, but the separate see was then constituted, with John Wakeman, last abbot of Tewkesbury, as its first bishop. The diocese covers the greater part of Gloucestershire, with small parts of Herefordshire and Wiltshire. The cathedral has a stained glass window containing the earliest images of golf. This dates from 1350, over 300 years earlier than the earliest image of golf from Scotland. There is also a carved image of people playing a ball game, believed by some to be one of the earliest images of medieval football”. – Wikipedia

Photos: A general view of Gloucester Cathedral is seen on March 22, 2012 in Gloucester, England. With only a few months to go until the opening ceremony of the London 2012 Olympic games, Britain's tourist industry is hoping to benefit from the influx of athletes, officials and visitors. (Photo by Matt Cardy/Getty Images) 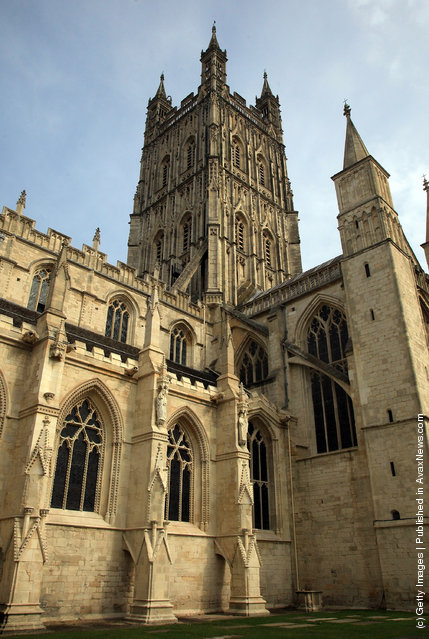 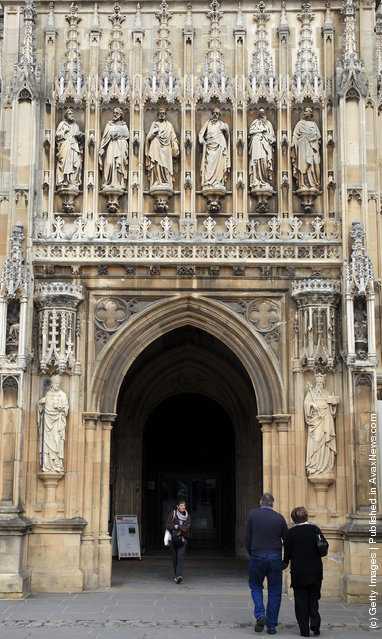 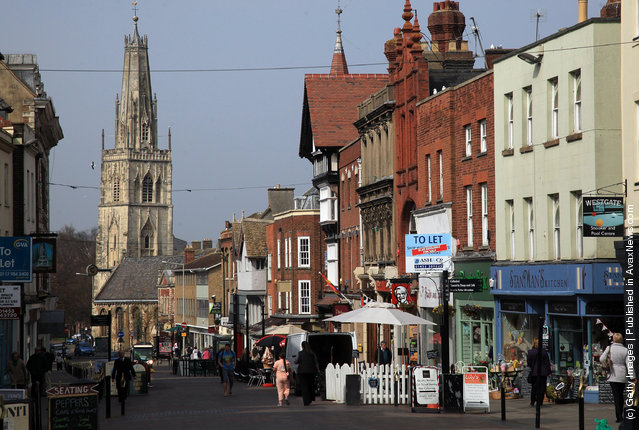 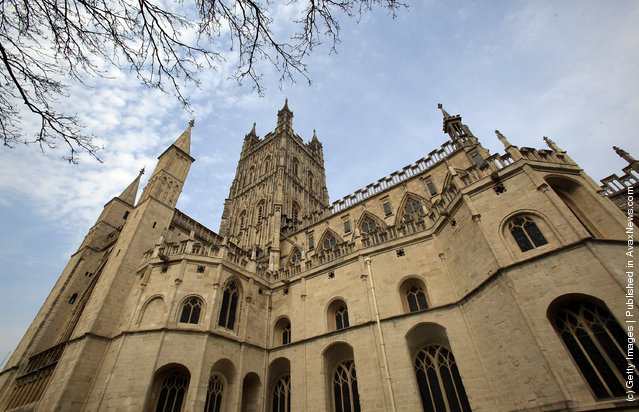 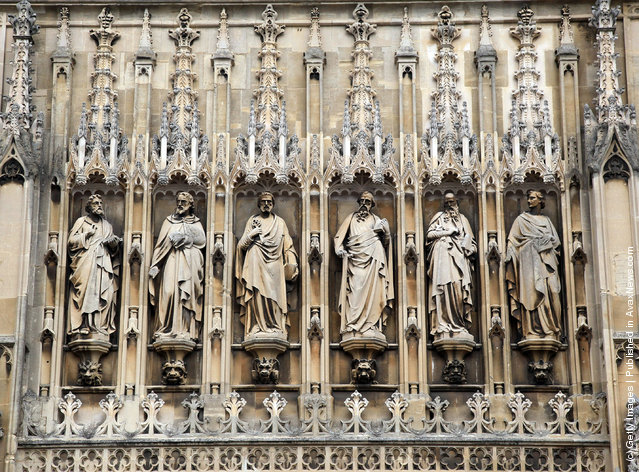