Fact Mysterious Sea Creature Washes Ashore in UK
A mysterious sea creature with a set of sharp teeth washed up on a U.K. beach last week, prompting wide speculation as to what it could be – the wildest being a dinosaur or the Loch Ness Monster.

David Mackland was walking with his family on Easthaven beach north of St. Andrews on the east coast of Scotland when he came across the carcass of the menacing creature. He had no idea what he had stumbled upon.

“We were just walking on the beach to see what we could find and we came across this,” Mackland told the U.K. Evening Telegraph. “I would say it was 4 to 5 feet long and about a foot wide. It was pretty big.

Mackland said a big chunk had been taken out of it and that it must have been killed at sea before washing up on the beach. He took photos and set out to determine its identity.

Online speculation ran the gamut from the humorous – a relative of Nessie? – to the more logical. Pike, shark, eel, and ling were among the guesses. Stephen McKelvie of the St. Andrews Aquarium also weighed in on the matter.

“It may be an oarfish,” McKelvie told the Evening Telegraph. “There was a specimen found near Carnoustie a few weeks back. It could be that this oarfish was left on the beach and the mystery creature is the desiccated corpse. It’s hard to tell because we are unsure of the size and dimensions of the oarfish they found a few weeks ago.

“The alternate idea is that it is a Conger eel that has been caught and left on the beach, or has died naturally and has washed up. The shape of the jaw and the pattern of the teeth are the only things to go on, because of the level of mortification.” – David Strege via GrindTV 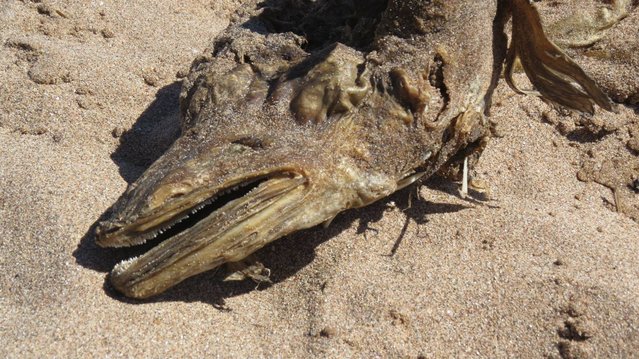 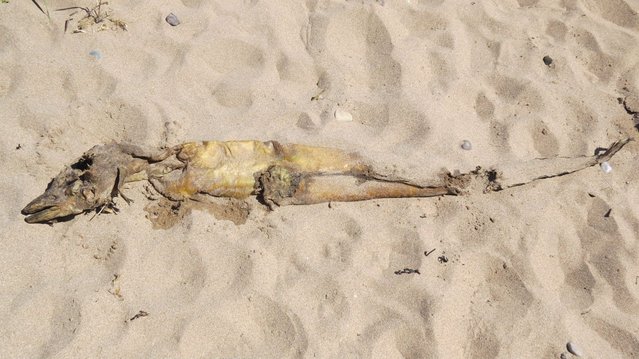 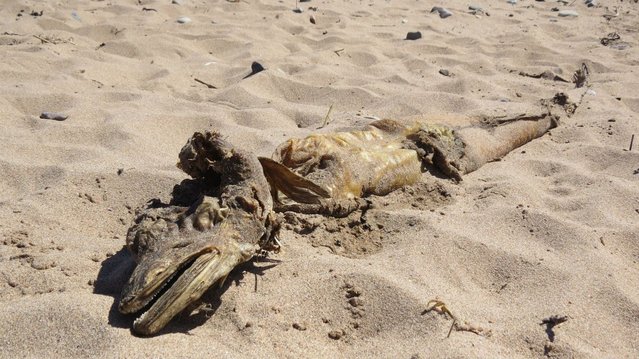 A mysterious sea creature with some frighteningly sharp teeth washed up on a beach in England last week, where David Mackland snapped these photos. A Grind TV story reports that Mackland estimated the creature to be about 4-5 feet in length. (Photo by David Mackland/OurCarnoustie) 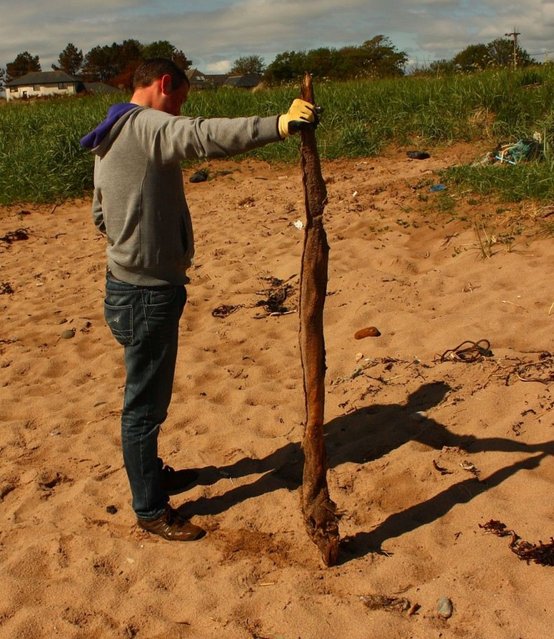 Mackland returned to help clean up the carcass, and found the creature to actually be about as long as he is tall – six feet. (Photo by David Mackland/OurCarnoustie) 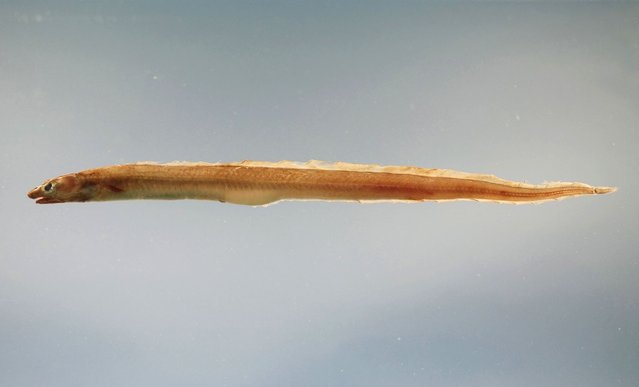 The conger, a type of marine eel that can grow up to 10 feet in length. Some believe that this may be what the mysterious creature actually is. (Photo By Wikimedia Commons) 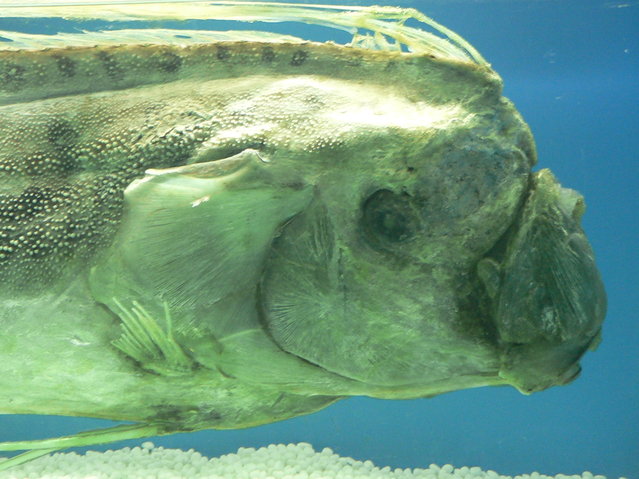 A dead oarfish is shown in this image taken by Flickr user Craig Nagy, in the 63 Building aquarium in South Korea. The oarfish is found in all tropical oceans, but is rarely ever seen. It's another possibility for what the creature Mackland found may actually be. (Photo by Craig Nagy)
Edit Del
06 Jun 2013 10:15:00, post received 0 comments
Publication archive:
←   →
Popular tags:
All tags
Last searches: