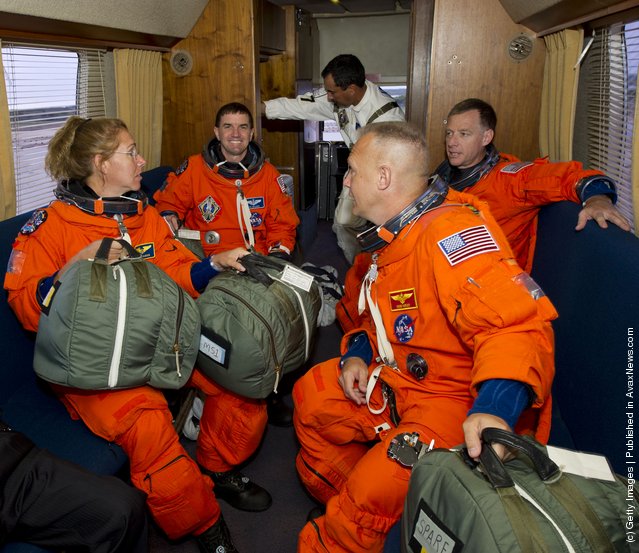 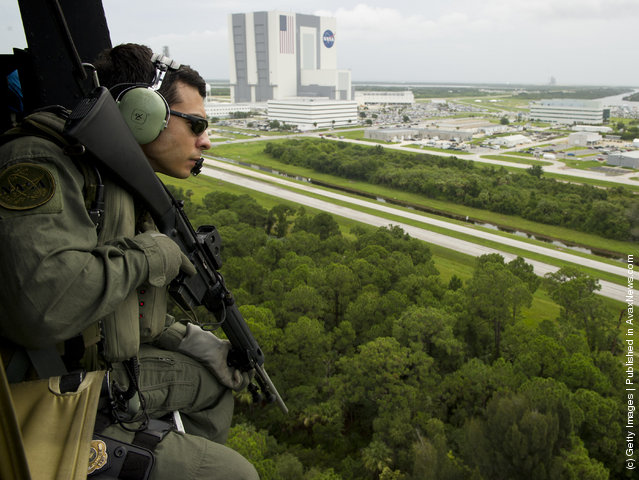 A NASA Emergency Response Team member, looks out while flying near the Vehicle Assembly Building before the launch of space shuttle Atlantis July 8, 2011 in Cape Canaveral, Florida. (Photo by Bill Ingalls/NASA via Getty Images) 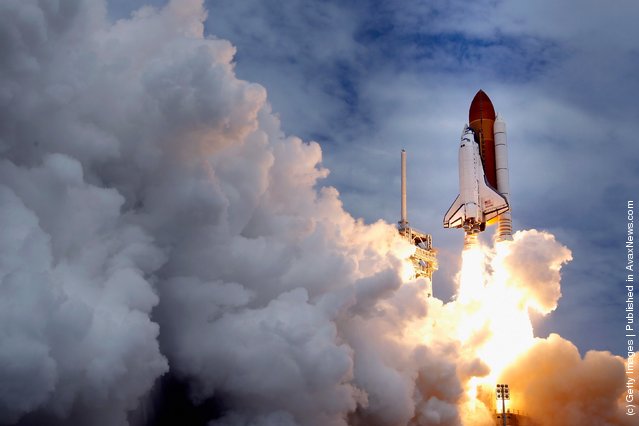 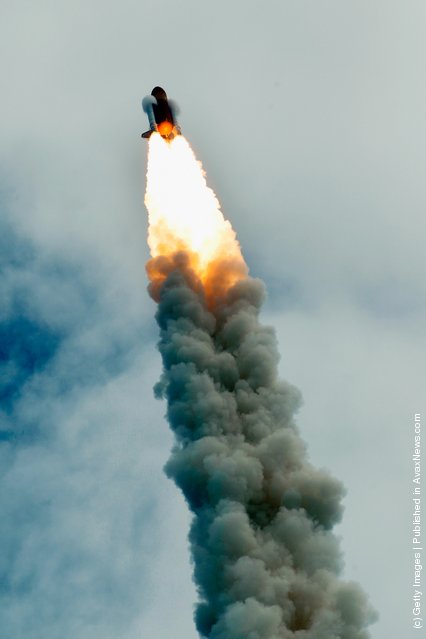 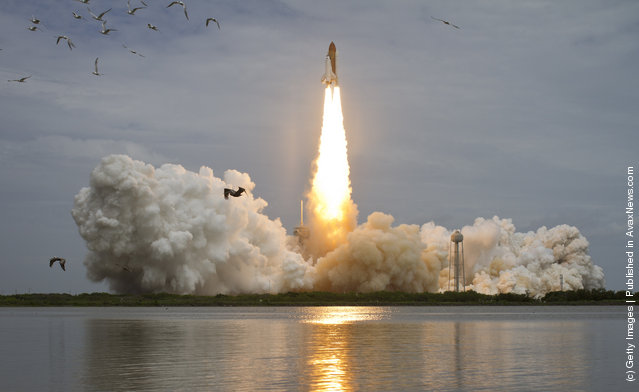 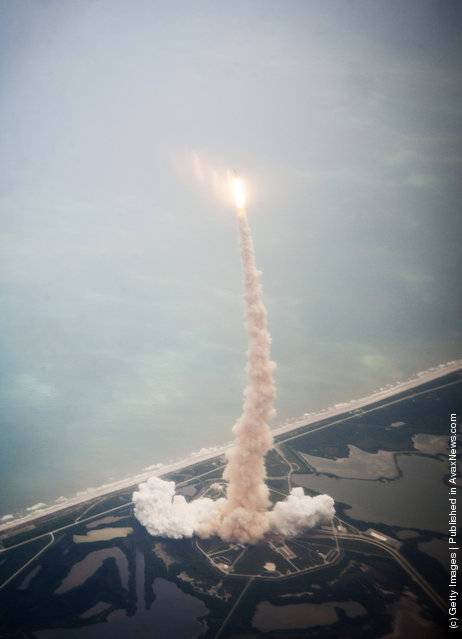 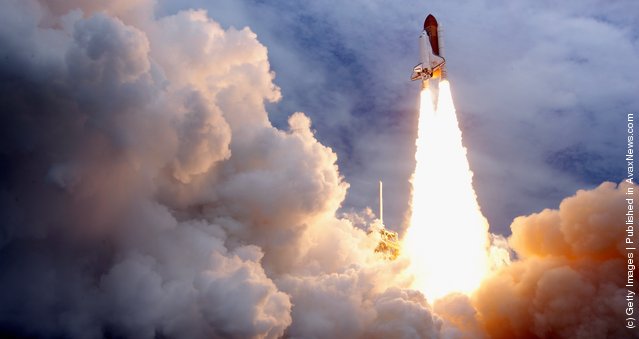 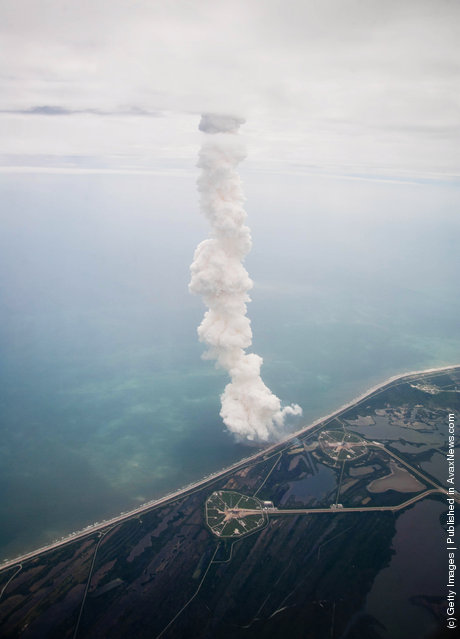 In this handout from NASA, The exhaust plume from space shuttle Atlantis is seen through the window of a Shuttle Training Aircraft (STA) as it launches from launch pad 39A at the Kennedy Space Center July 8, 2011 in Cape Canaveral, Florida. This is the final launch of the space shuttle program, which began in 1981. (Photo by Dick Clark/NASA via Getty Images) 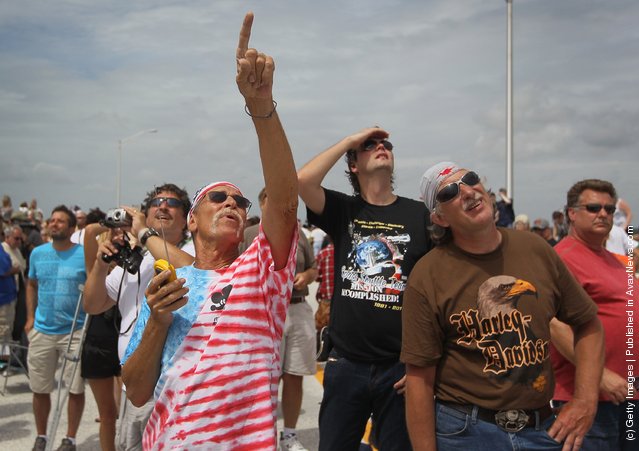 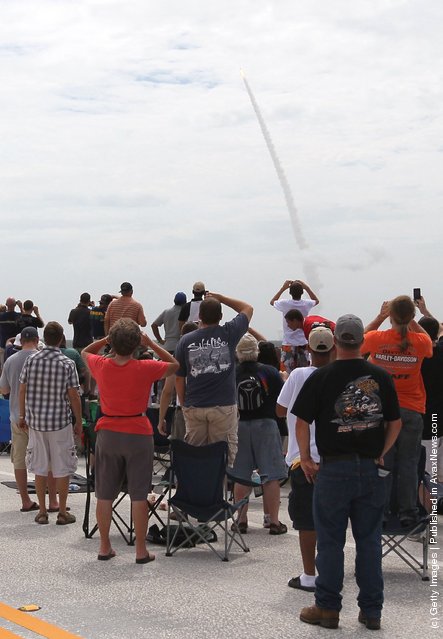