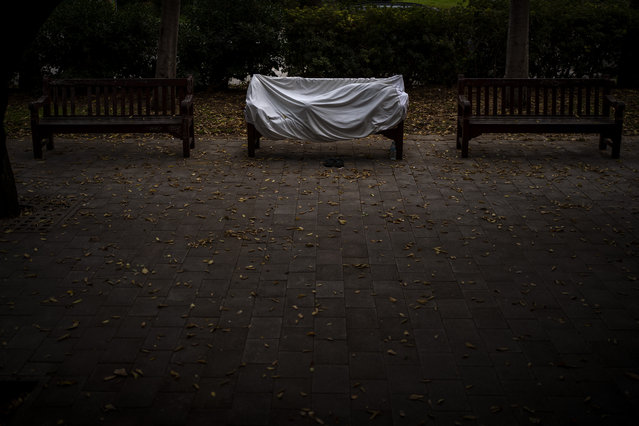 A homeless man covered by a sheet sleeps on a bench at a public park in Barcelona, Spain, Sunday, December 20, 2020. (Photo by Emilio Morenatti/AP Photo) 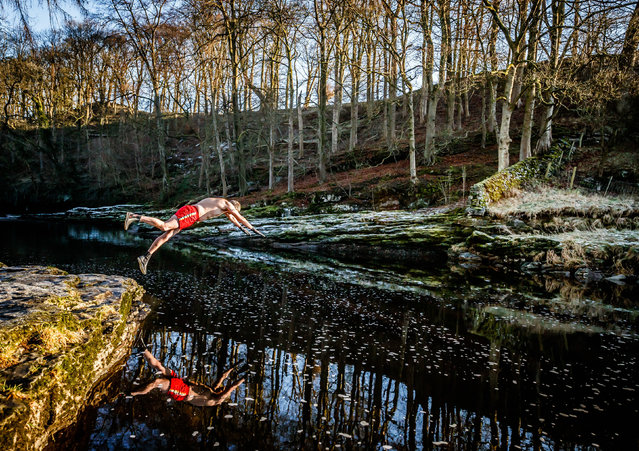 Les Peebles dives into the River Ribble near Stainforth in North Yorkshire, United Kingdom on January 6, 2021. Mr Peebles is swimming in the wild every day in January to raise money for the homelessness charity Crisis. (Photo by Danny Lawson/PA Images via Getty Images) 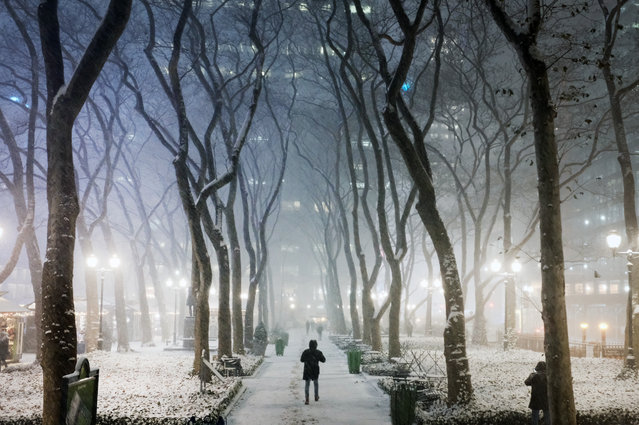 People walk through Manhattan in a snow storm on December 16, 2020 in New York City. New York City is expected to get between 10 inches and a foot of snow on Wednesday and Thursday in what is the first winter storm of the year. (Photo by Spencer Platt/Getty Images) 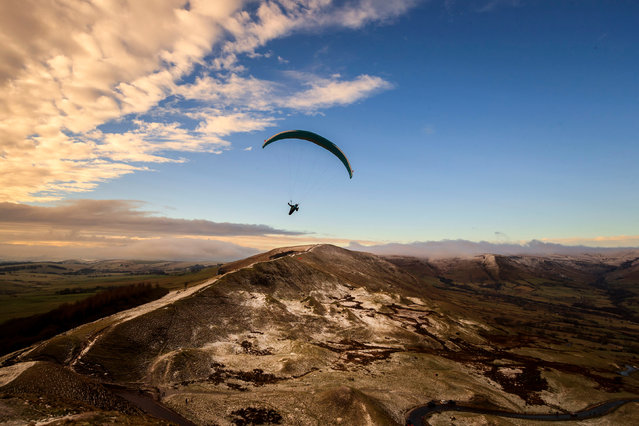 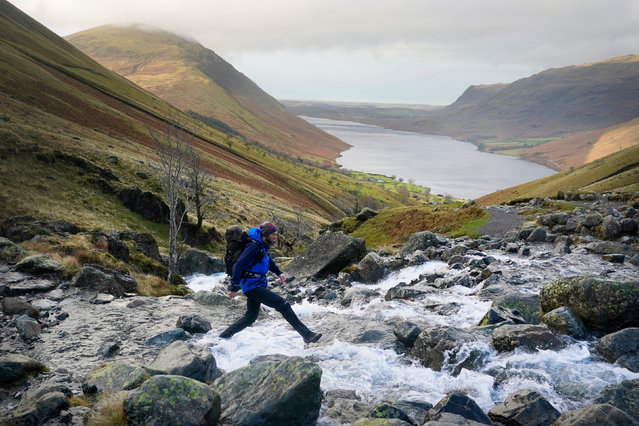 An award-wining photographer has battled freezing rain and 60mph winds to scale England's highest peak six times in 24 hours on December 20, 2020 in a bid to give a seriously ill baby a chance of a longer life. Joe Giddens, 33, picked some of the worst weather of the winter so far to attempt an epic challenge on the 3,209ft (978m) Scafell Pike to help seven-month-old Marley Powell, who has a rare genetic disorder. (Photo by Owen Humphreys/PA Images via Getty Images) 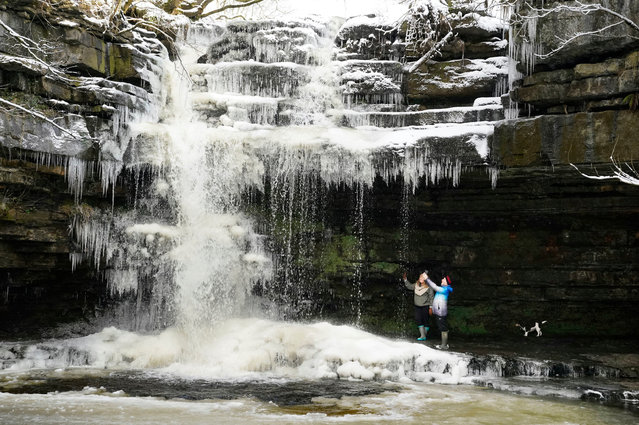 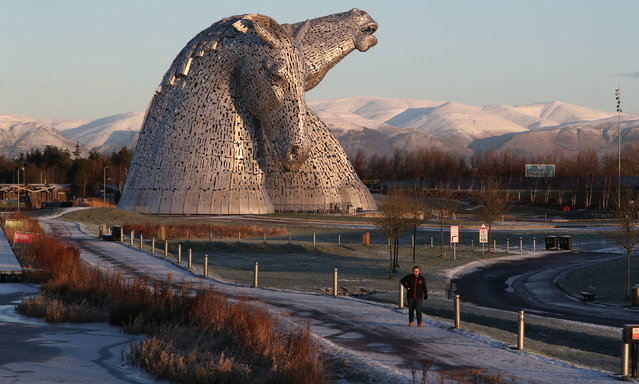 A man walks through the morning frost past the Kelpies in Falkirk, Central Scotland on January 8, 2021. (Photo by Andrew Milligan/PA Images via Getty Images) 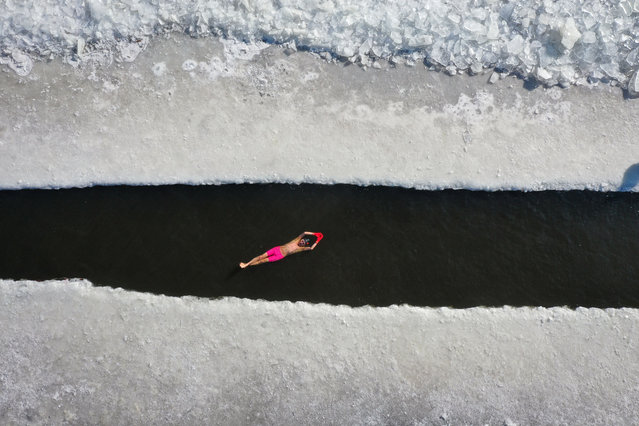 This aerial view shows a man swimming in a pool cut in a frozen lake in Shenyang, in China's northeastern Liaoning province on January 7, 2021. (Photo by AFP Photo/China Stringer Network) 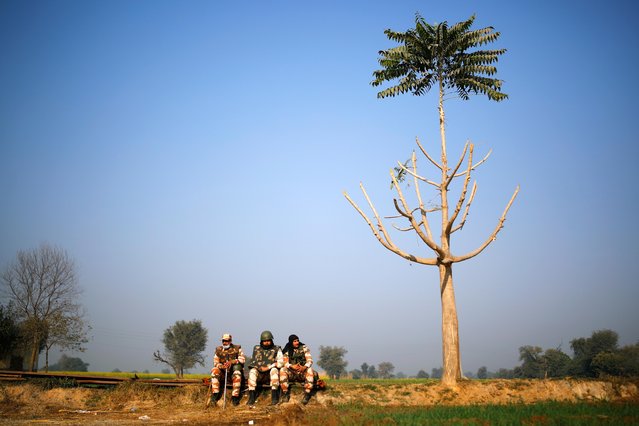 Policemen sit near the site of a protest against new farm laws, at a state border on a national highway in Shahjahanpur, in the desert state of Rajasthan, near New Delhi, India, December 26, 2020. (Photo by Adnan Abidi/Reuters) 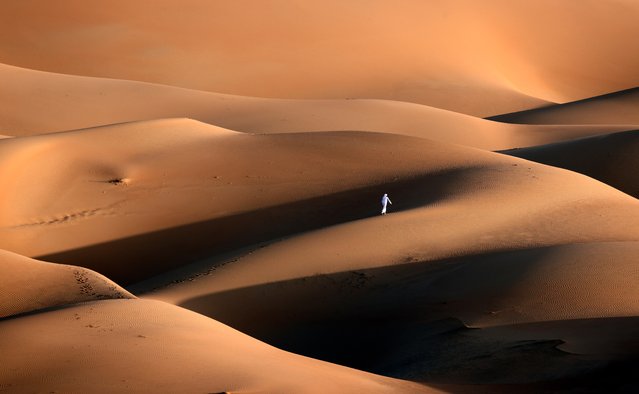 An Emirati youth plays in the sand dunes in the Liwa desert, some 250 kilometres west of the Gulf emirate of Abu Dhabi on January 9, 2021. (Photo by Karim Sahib/AFP Photo) 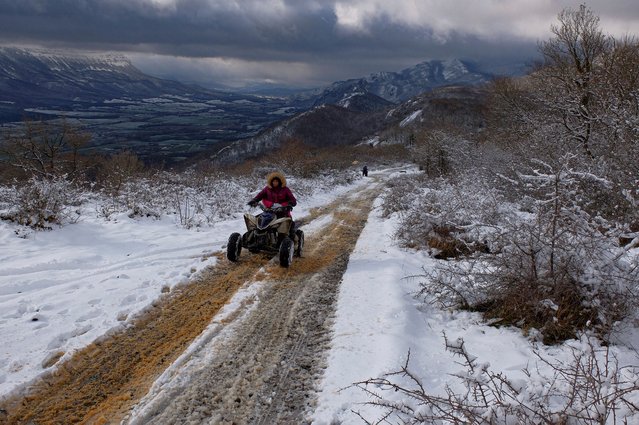 A woman rides a bike along a path as snow covers the landscape near Madotz in Spain on January 2, 2021. (Photo by Alvaro Barrientos/AP Photo) 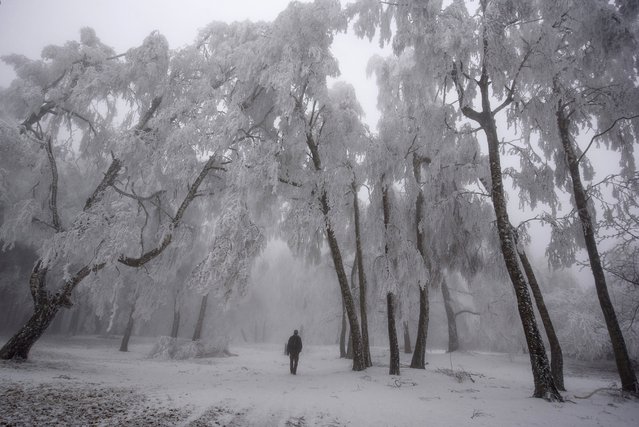 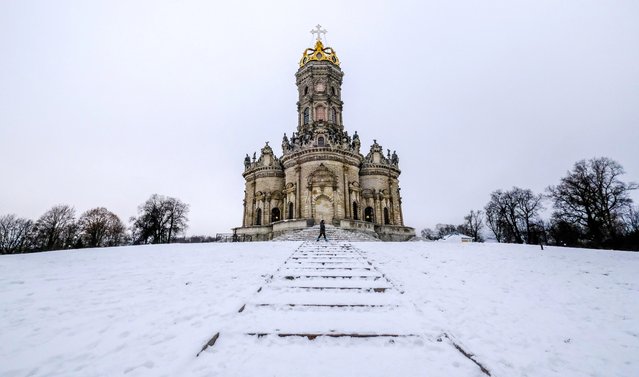 A woman walks past the Church of the Mother of God Holy Sign in the town of Podolsk outside Moscow on December 22, 2020. (Photo by Yuri Kadobnov/AFP Photo) 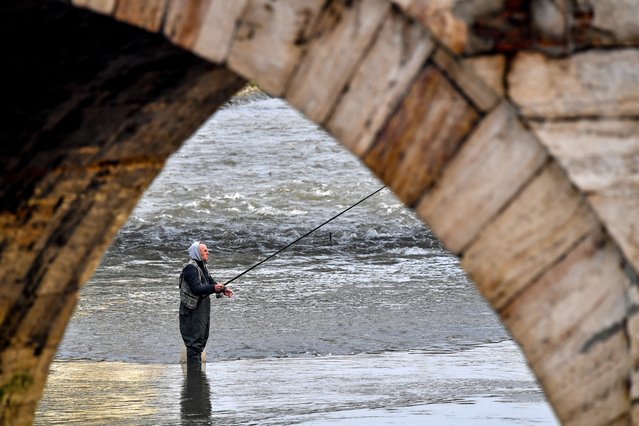 A fisherman is fishing in river Vardar in Skopje, North Macedonia, 22 December 2020. Following a meeting with Bulgarian officials, Macedonian health minister Filce announced that Bulgaria will also donate to North Macedonia from every shipment of COVID-19 vaccines which they bought directly from the producers. (Photo by Georgi Licovski/EPA/EFE) 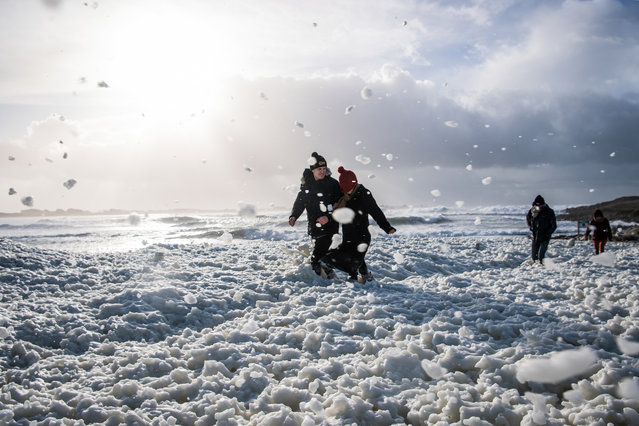