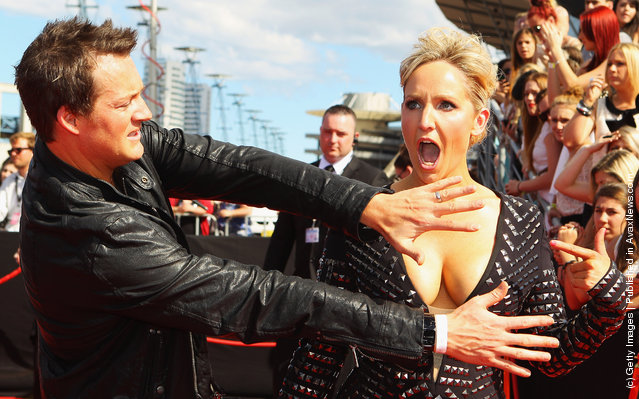 Jules Lund and Fifi Box arrive at the 2011 ARIA Awards at Allphones Arena on November 27, 2011 in Sydney, Australia. (Photo by Mark Kolbe/Getty Images) 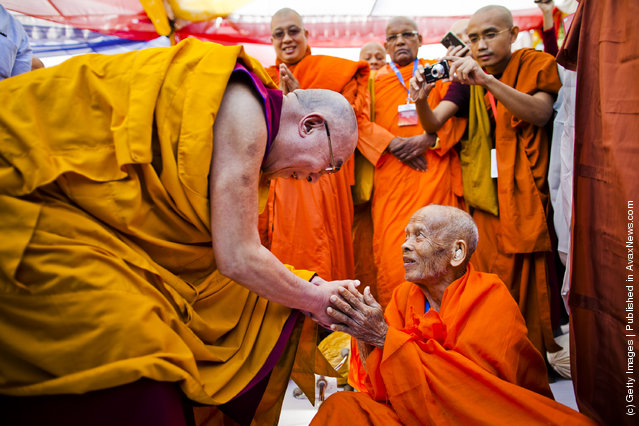 His Holiness, the Dalai Lama greets an elderly Buddhist monk at a multi-faith prayer gathering at Gandhi Smriti prior to his keynote speech at the Global Buddhist Congregation on November 30, 2011 in New Delhi, India. The Dalai Lama is attending the four day Global Buddhist Congregation, which will be attended by religious leaders from 32 countries. The aim of the Congregation is to set up an international forum that will aim to promote global peace, stability and prosperity through collective action, while rejecting prejudices, exploitation and violence. (Photo by Daniel Berehulak/Getty Images)

Charity runners dressed as Santa Claus warm up before taking part in the Disability Snowport UK fun run in Battersea Park on December 3, 2011 in London, England. 1600 runners took part in the 6 kilometer run to raise funds for the charity which helps disabled people take part in snow sports. (Photo by Peter Macdiarmid/Getty Images) 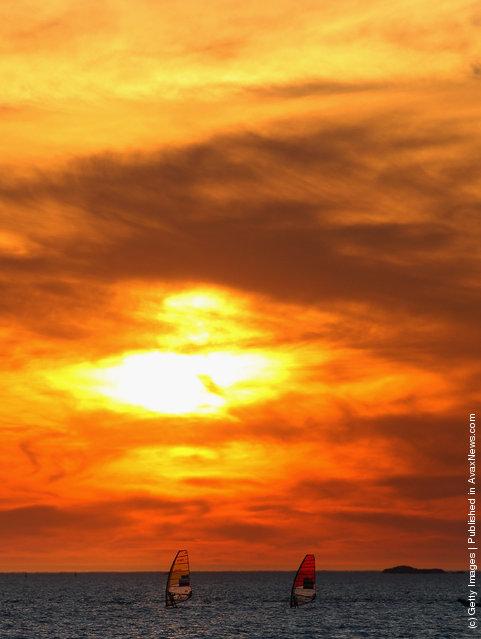 The current world Champions in the Men's and Women's RS:X, Piotr Myszka of Poland and Blanca Manchon of Spain arrive at Bathers Beach carrying the ISAF World Championships Flag to be raised to officially open the 2011 ISAF Sailing World Championships on December 2, 2011 in Perth, Australia. (Photo by Mark Dadswell/Getty Images) 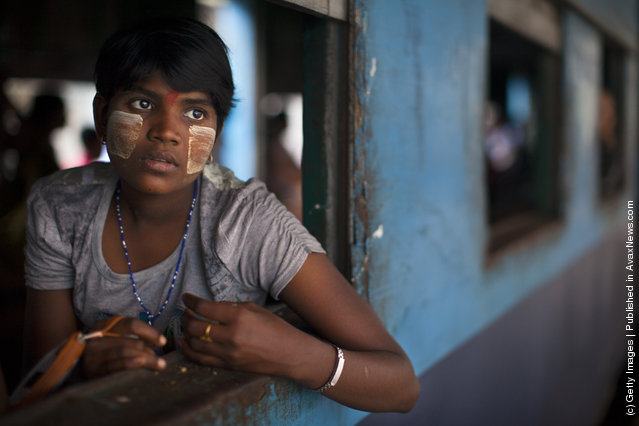 A Burmese woman sits on board a local train waiting for it to depart the Yangon station December 3, 2011 in Yangon, Myanmar. The pace of change in Myanmar (Burma) since a civilian government were elected to power in March 2011, after five decades of military rule, has brought US Secretary of State Hillary Clinton to the country to discuss further paths to reform and hold crucial talks with Aung San Suu Kyi and the highest levels of the Burmese government. Hillary Clinton's official visit to the country is the first by a high ranking US representative in over a half a century. (Photo by Paula Bronstein/Getty Images) 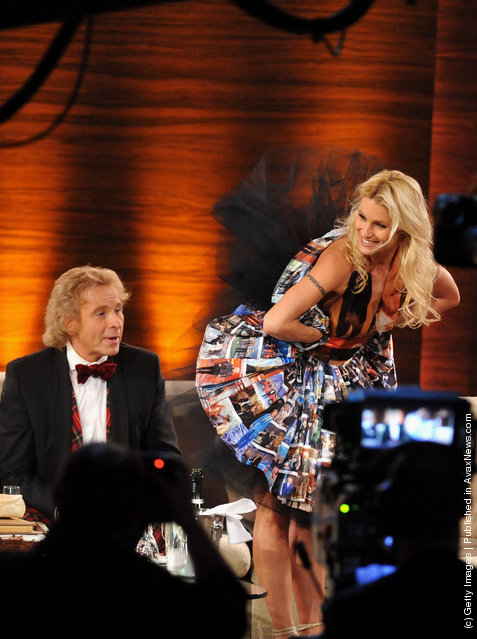 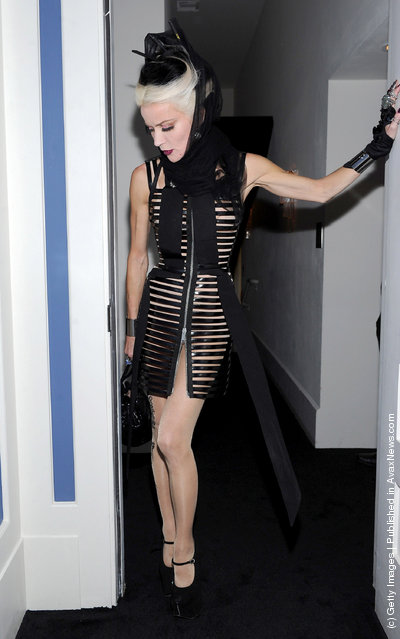 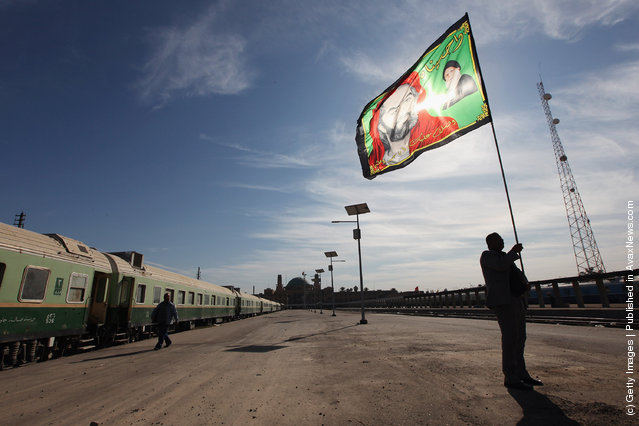 Station master Jawad Khathem prepares to mount a Shi'ite flag on a pole at Baghdad Central Railway Station in preparation for the festival Ashura on December 5, 2011 in Baghdad, Iraq. Iraq's railway system once bustled with trains that connected to destinations including Turkey and London. The Day of Ashura marks the death of Prophet Muhammad's grandson, the revered Husayn ibn Ali at the Battle of Karbala in 61AH and is remembered on the 10th day of Muharram. During the time of Sunni dictator Saddam Hussein's rule Shi'ite festivals were prohibited. Iraq is transitioning nearly nine years after the 2003 U.S. invasion and subsequent occupation. American forces are now in the midst of the final stage of withdrawal from the war-torn country. According to the Iraq Body Count at least 4,485 U.S. military personnel have died in service in Iraq and more than 100,000 Iraqi civilians have died from war-related violence. (Photo by Mario Tama/Getty Images) 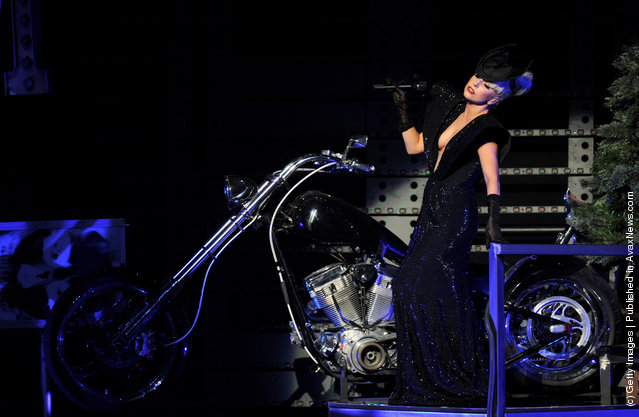 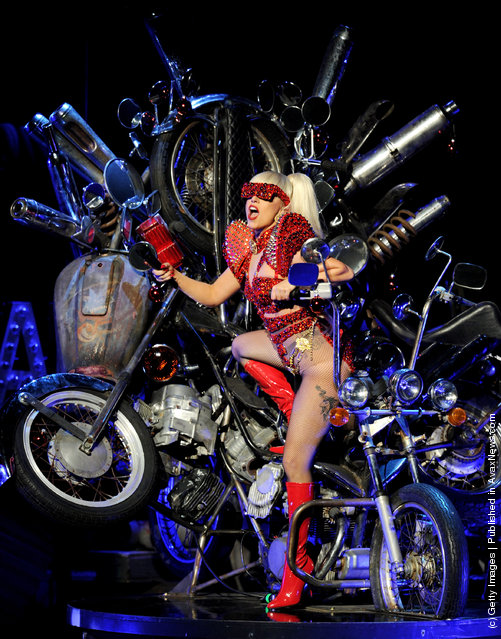 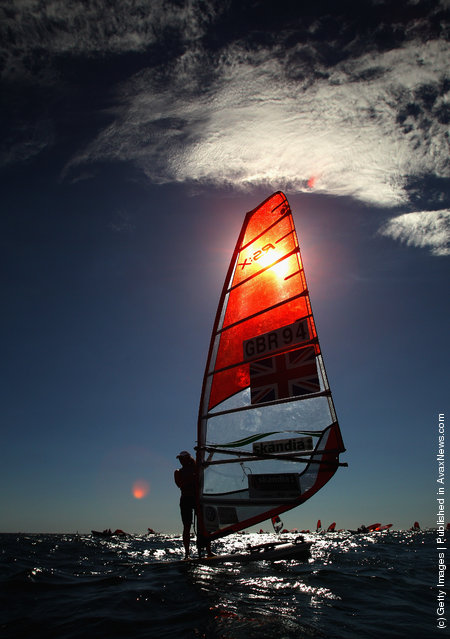