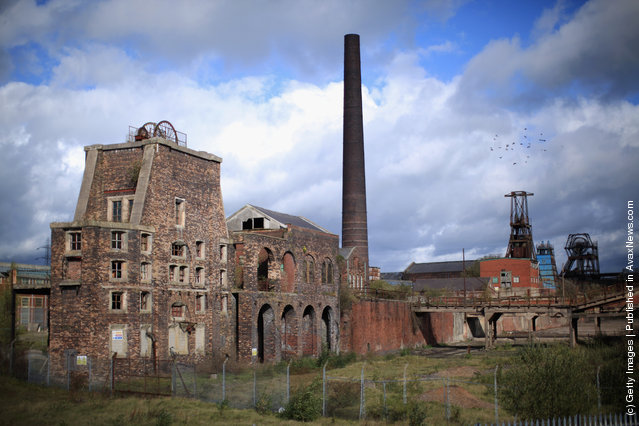 A general view of the derelict Chatterley Whitfield Colliery, the most comprehensive surviving deep mine site in England on October 18, 2011 in Stoke On Trent, England. The historic site was the first to extract one million tons of coal in a year and is one of the many industrial heritage sites on the English Heritage at Risk Register. The register is the largest ever research project into the condition of England's industrial heritage. Almost 11% of grade I and II industrial buildings are at risk compared to the 3% of grade I and II buildings which are at risk in England. English Heritage is offering help for owners, developers, heritage rescue groups and industrial sites, preserved as visitor attractions. (Photo by Christopher Furlong/Getty Images) 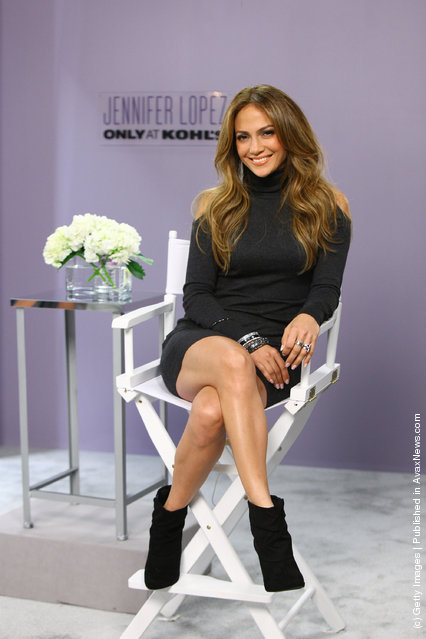 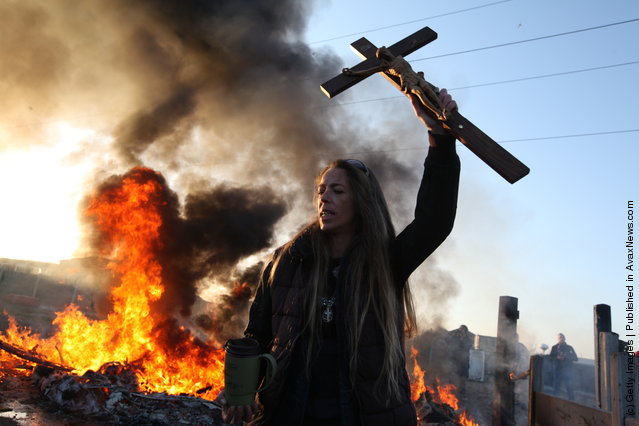 An activist holds up a crucifix as a barricade burns during evictions from Dale Farm travellers camp on October 19, 2011 near Basildon, England. Travellers have fought for 10 years to stay on the former scrap yard site. The local authorities have been given the go-ahead to proceed with the eviction of illegal dwellings after rulings by the Court of Appeal. (Photo by Peter Macdiarmid/Getty Images) 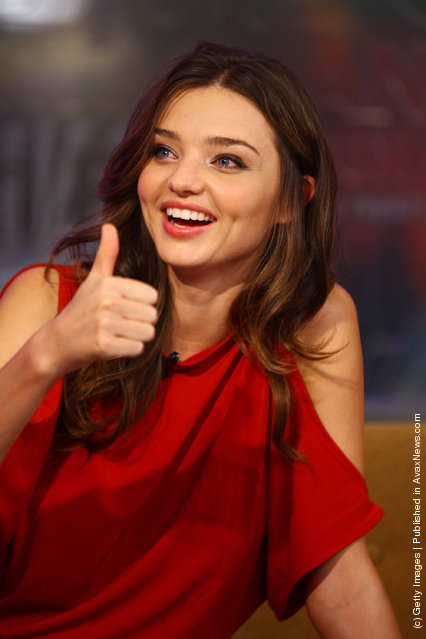 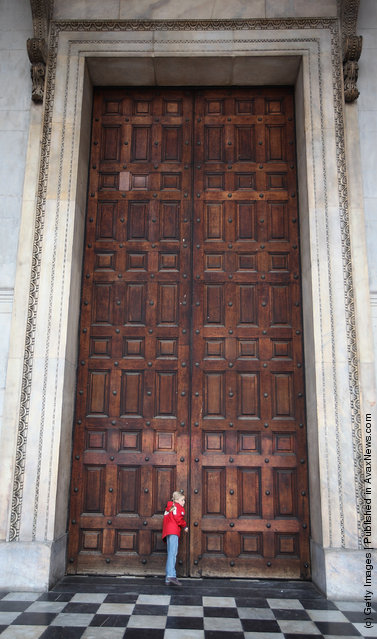 A girl listens at the closed west door of St. Paul's Cathedral on October 21, 2011 in London, England. The Dean of St Paul's has closed the cathedral and requested that the Occupy London protestors leave the area where they have set up camp in protest against the global financial system. (Photo by Peter Macdiarmid/Getty Images) 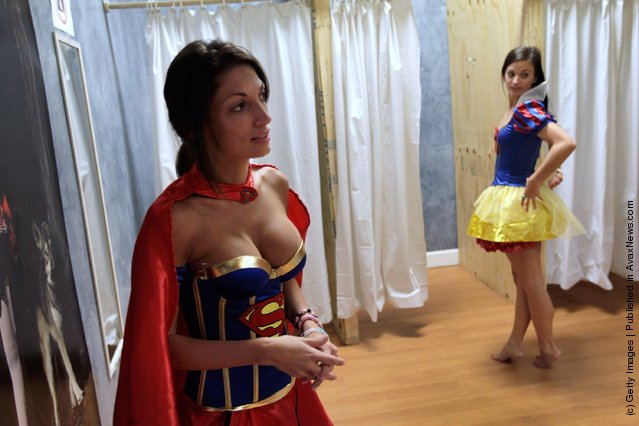 Gina Labianca (L) tries on a super woman outfit as Charlie Lucas tries a snow white Costume at the Halloween MegaStore Miami Beach on October 21, 2011 in Miami Beach, Florida. The megastore is a temporary location for the store which opened for the holiday to sell costumes, masks and other items to people needing to dress up for the evening of October 31 when costumed people around the world observe the day. (Photo by Joe Raedle/Getty Images) 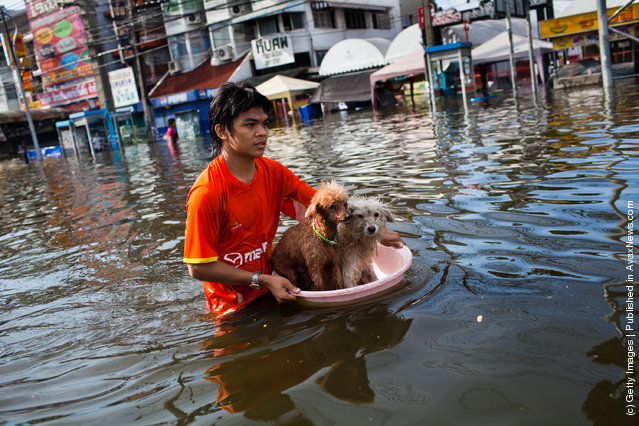 A Thai resident floats his pets down stream as he makes his way through the flooded streets on October 22, 2011 in Pathum Thani on the outskirts of Bangkok, Thailand. Hundreds of factories closed in the central Thai province of Ayutthaya and Nonthaburi as the waters come closer to threaten Bangkok as well. Around 320 people have died in flood-related incidents since late July according to the Department of Disaster Prevention and Mitigation. Thailand is experiencing the worst flooding in 50 years with damages running as high as $6 billion which could increase of the floods swamp Bangkok. (Photo by Daniel Berehulak /Getty Images) 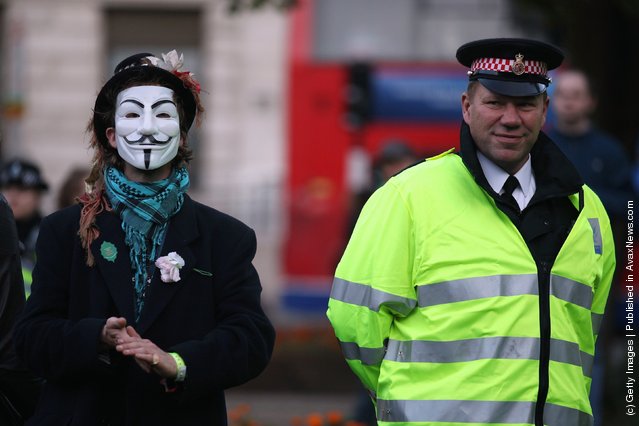 Protestors from the “Occupy London Stock Exchange” demonstration begin a second area of occupation in Finsbury Square on October 22, 2011 in London, England. The surprise encampment took place during a scheduled march through the City of London. The Dean of St Paul's has closed the cathedral and requested that the Occupy London Stock Exchange protestors leave the area where they have been camped for one week in protest against the global financial system. (Photo by Oli Scarff/Getty Images)
Edit Del
23 Oct 2011 14:04:00, post received 0 comments
Publication archive:
←   →
Popular tags:
All tags
Last searches: