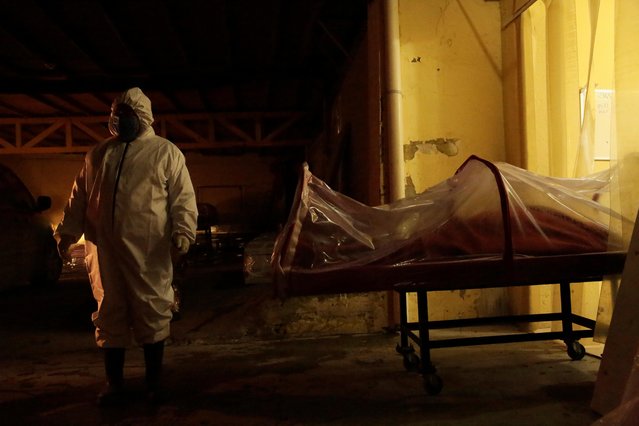 An employee of the Rios funeral home move the body of a man, who died from the coronavirus disease (COVID-19), at their facility in Ciudad Juarez, Mexico on October 27, 2020. (Photo by Jose Luis Gonzalez/Reuters) 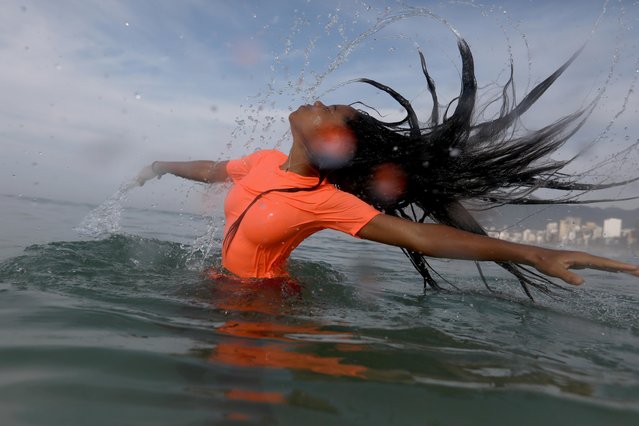 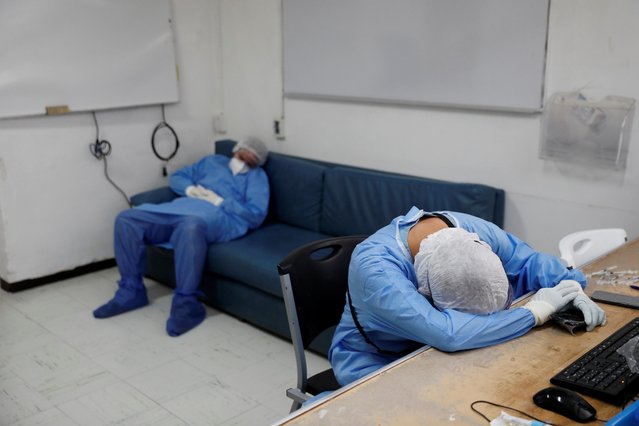 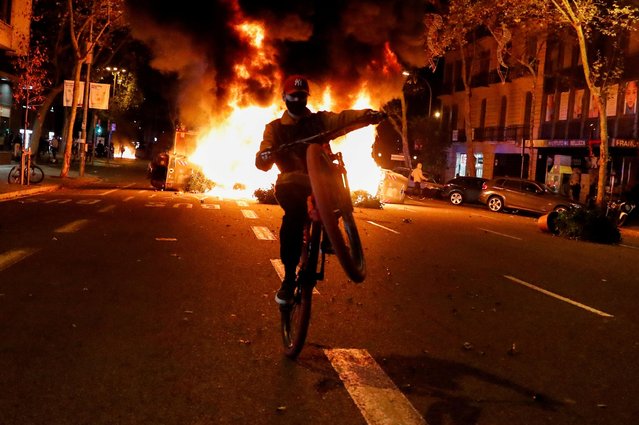 A person rides a bicycle in front of a fire during a protest against the closure of bars and gyms, amidst the coronavirus disease (COVID-19) outbreak, in Barcelona, Spain on October 30, 2020. (Photo by Nacho Doce/Reuters) 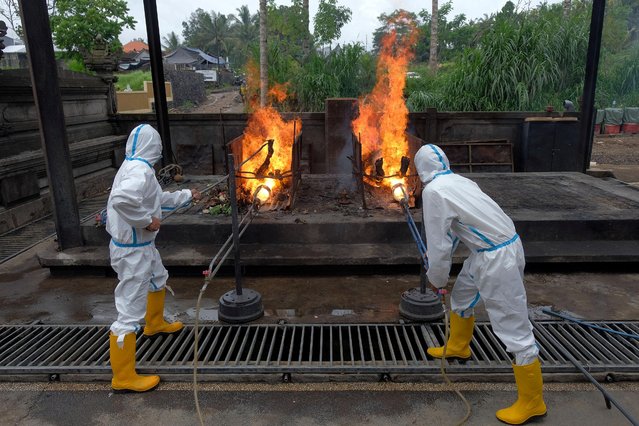 Officials wearing personal protective equipment (PPE) set fires to bodies of people who died due to the coronavirus at a crematorium in Bangli, Bali, Indonesia October 10, 2020. (Photo by Nyoman Hendra Wibowo/Antara Foto via Reuters) 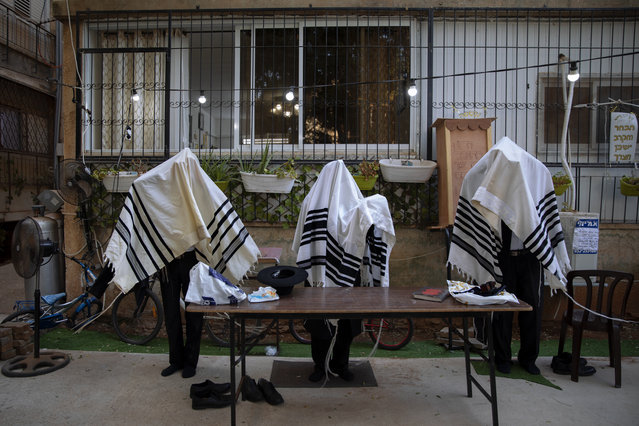 Ultra-Orthodox Jews pray covered in prayer shawls in divided sections which allow a maximum of twenty worshipers, next to their house as synagogues are closed following government measures to help stop the spread of the coronavirus, in Bnei Brak, Israel, Sunday, October 18, 2020. (Photo by Oded Balilty/AP Photo) 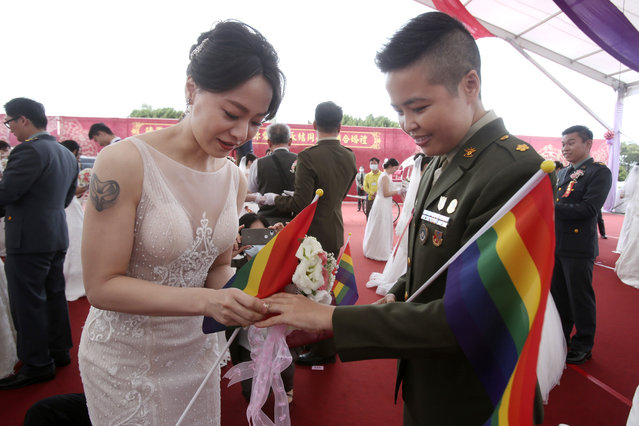 Lesbian couple Yumi Meng, left, puts a ring on Yi Wang' s finger during a military mass weddings ceremony in Taoyuan city, northern Taiwan, Friday, October 30, 2020. Two lesbian couples tied the knot in a mass ceremony held by Taiwan's military on Friday in a historic step for the island. Taiwan is the only place in Asia to have legalized gay marriage, passing legislation in this regard in May 2019. (Photo by Chiang Ying-ying/AP Photo) 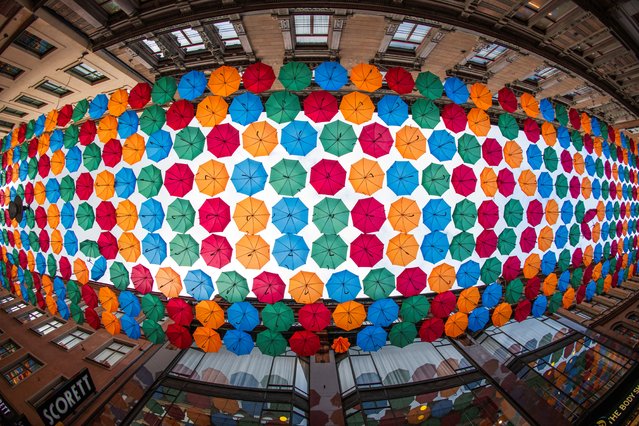 A picture taken on October 8, 2020 shows “The Umbrella Project”, an art installation of colourful umbrellas, over Drottninggatan shopping street in central Stockholm. The project started in 2012 during a festival in Agueda, Portugal. A group led by Portuguese artist Patricia Cunha has since then been hanging colourful umbrellas in various forms in many different places around the world. (Photo by Jonathan Nackstrand/AFP Photo) 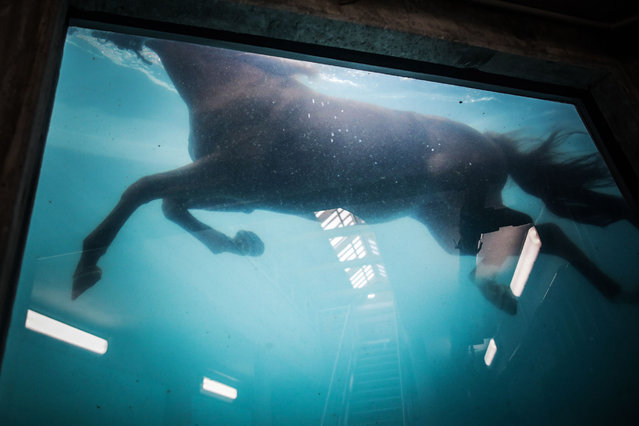 A horse swims in a panoramic swimming pool, dedicated to the examination of horses in an aquatic environment, at Kinesia, Goustrainville, northwestern France, a place dedicated to research in physiotherapy and functional rehabilitation in horses on October 22, 2020. (Photo by Lou Benoist/AFP Photo) 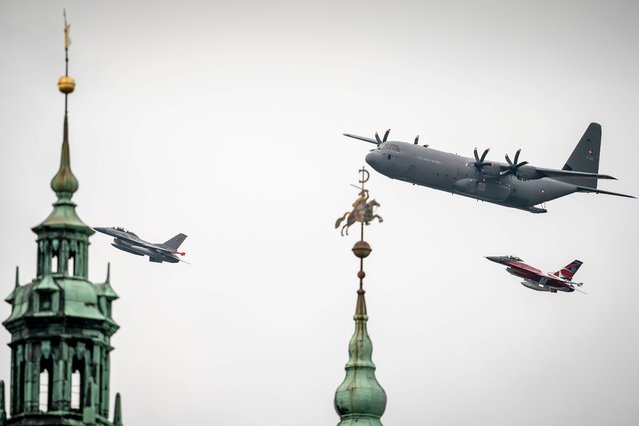 A Hercules C-130 (top) and a F-16 fighter jet of the Royal Danish Air Force fly past Kronborg Castle in Helsingor, Denmark on October 1, 2020. On the occasion of the 70th anniversary of its foundation, the Royal Danish Air Force on October 1 holds an exercise with helicopters, transport aircraft and fighter jets flying over most of the country. (Photo by Mads Claus Rasmussen/Ritzau Scanpix/AFP Photo) 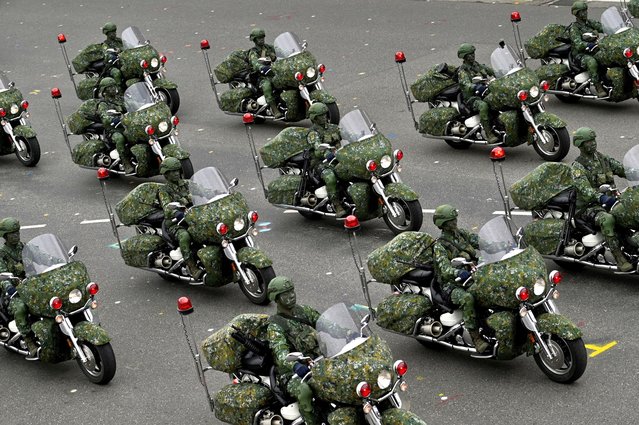 Taiwan’s military police perform during the National Day in front of the Presidential Office in Taipei on October 10, 2020. (Photo by Sam Yeh/AFP Photo) 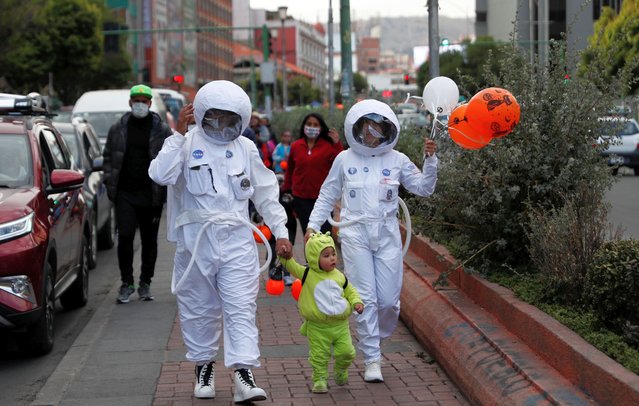 People wearing NASA astronaut costumes trick-or-treat with a child dressed as an alien on Halloween in La Paz, Bolivia, Saturday, October 31, 2020, amid the COVID-19 pandemic. (Photo by Juan Karita/AP Photo) 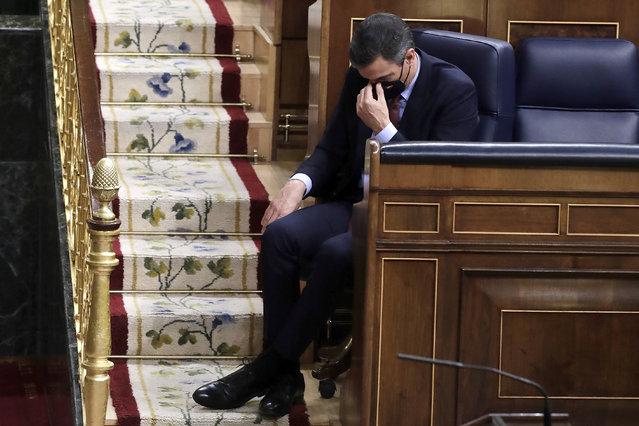 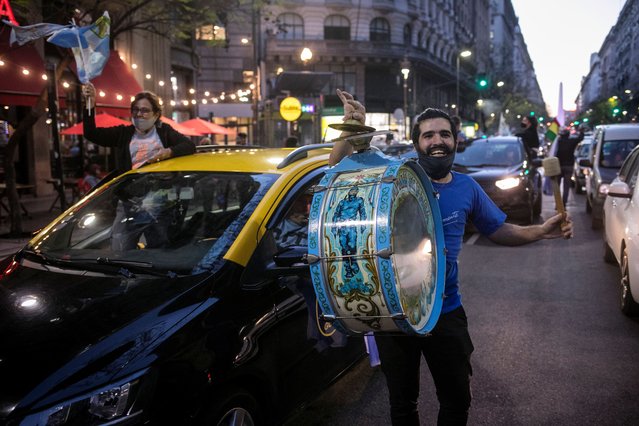 A demonstrator plays a drum during a caravan as part of a tribute to late former President of Argentina (2003-2007) Nestor Kirchner at Plaza de Mayo on October 27, 2020 in Buenos Aires, Argentina. Kirchner died of a heart attack at the age of 60 on October 27, 2010, in El Calafate, southern Argentina. (Photo by Ricardo Ceppi/Getty Images) 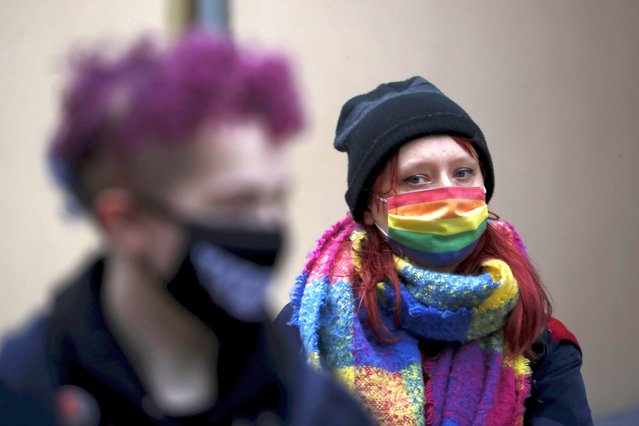 A Family Equality Movement activist takes part in a picket at the Latvian Parliament (Saeima) in Riga, Latvia, 29 October 2020. The Latvia​n Parliament is to discuss the registration of same-s*x partners. (Photo by Toms Kalnins/EPA/EFE) 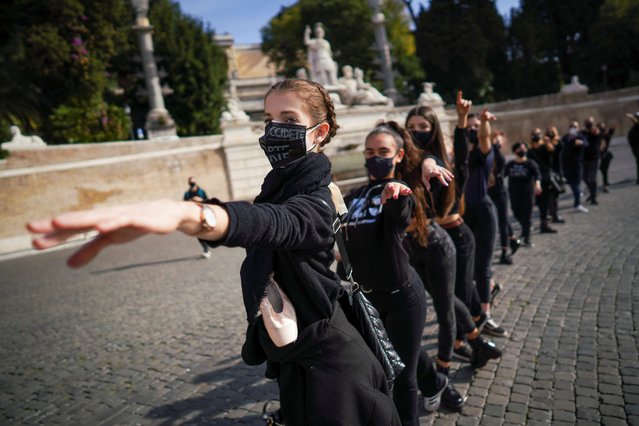 Dancers and theaters workers stage a protest against the government restriction measures to curb the spread of COVID-19, closing gyms, cinemas and movie theaters, in Rome, Thursday, October 29, 2020. (Photo by Andrew Medichini/AP Photo) 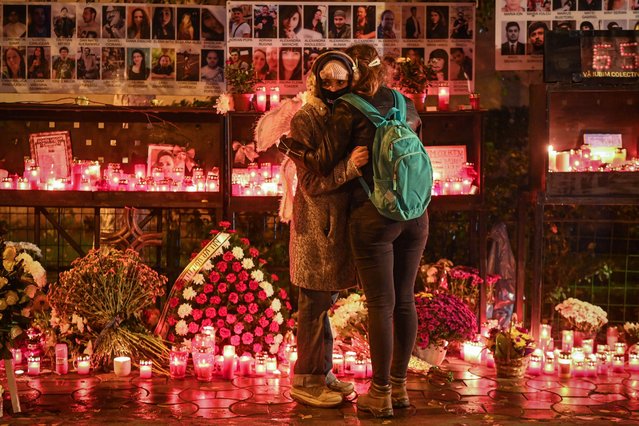 A young girl wearing wings is embraced by another next to candles lit in the memory of the victims of “Colectiv” nightclub fire in Bucharest, Romania on October 30, 2020. The deadly nightclub fire killed three of her friends and left her with severe burns. Hundreds people on the night of October 30, 2015 was trapped inside “Colectiv”, a former-factory-turned-club in the center of Bucharest, when a fire sparked by pyrotechnics engulfed the place during a concert held by the local rock band “Goodbye to Gravity”. A total of 64 people died and hundreds were injured. The blaze stunned Romania, triggering a wave of anti-corruption protests and a nationwide debate about administrative incompetenc. (Photo by Daniel Mihailescu/AFP Photo) 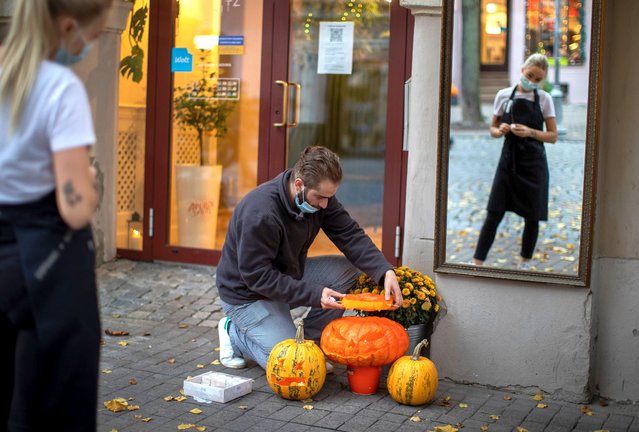 A restaurant employee wearing a mask for protection against the COVID-19 infection, decorates the entrance to a restaurant at the Old Town in Vilnius Lithuania, Friday, October 30, 2020. Given the deteriorating epidemiological situation in the country, the Government has taken a decision in its Wednesday sitting to impose restrictions on events and gatherings organised in public places from 30 October to 13 November 2020. (Photo by Mindaugas Kulbis/AP Photo) 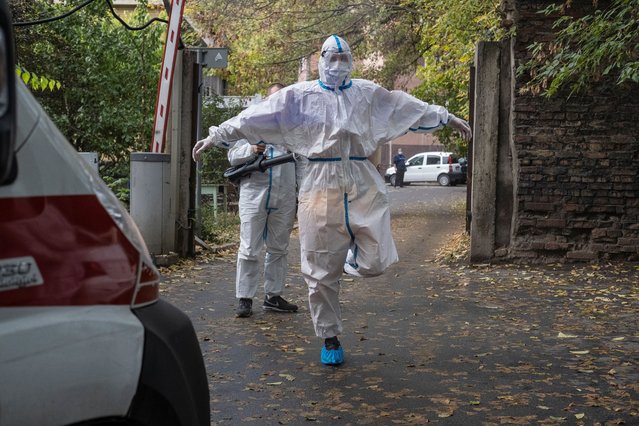 A medical worker disinfects a colleague after he treated patients suffering from the coronavirus disease (COVID-19) in front of the Hospital for Infectious and Tropical Diseases of the Clinical Center of Serbia in Belgrade, Serbia, October 30, 2020. (Photo by Marko Djurica/Reuters) 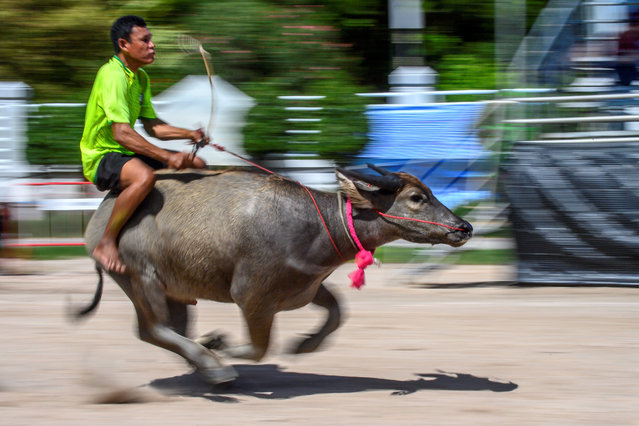