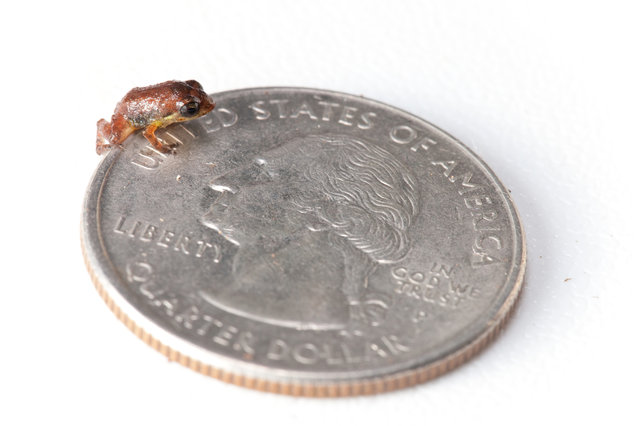 Thousands of species of amphibians are endangered and hundreds have already disappeared, but in recent years, a team of scientists and conservationists have re-discovered some of these “lost” species and uncovered previously unknown varieties. A new book “In Search of Lost Frogs”, by conservationist and photographer Robin Moore, showcases the results of expeditions to find the world's rarest amphibians, including some that were thought to be lost forever. This image shows a juvenile Macaya Breast-spot Frog, a critically endangered species in the Massif de la Hotte mountain range of Haiti. One of the smallest frogs in the world, it was rediscovered in 2010 after nearly 20 years. (Photo by Robin Moore) 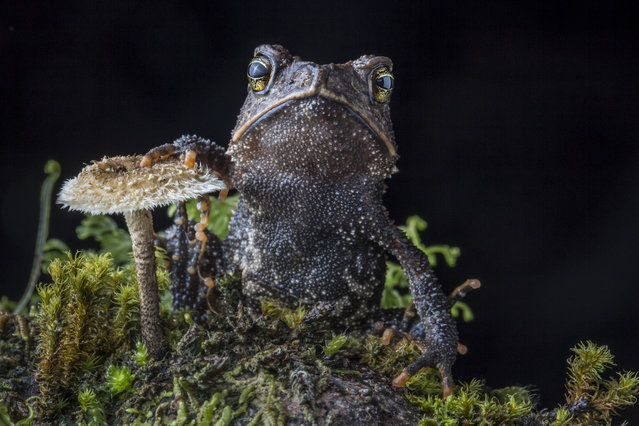 The Cuchumatan Golden Toad, Incilius aurarius, from the Cuchumatanes mountains of Guatemala, found during a search for lost salamanders. This species was only discovered as recently as 2012. (Photo by Robin Moore) 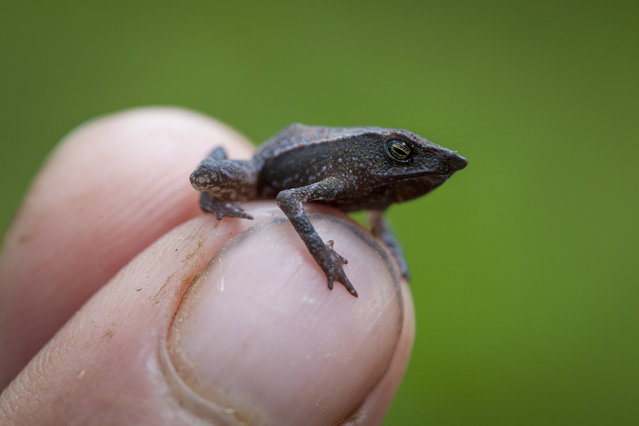 A new species of beaked toad – later dubbed the “Monty Burns Toad” on account of its similarity to the nefarious villain in the Simpsons – found in the Choco of Colombia whilst searching for a lost species. (Photo by Robin Moore) 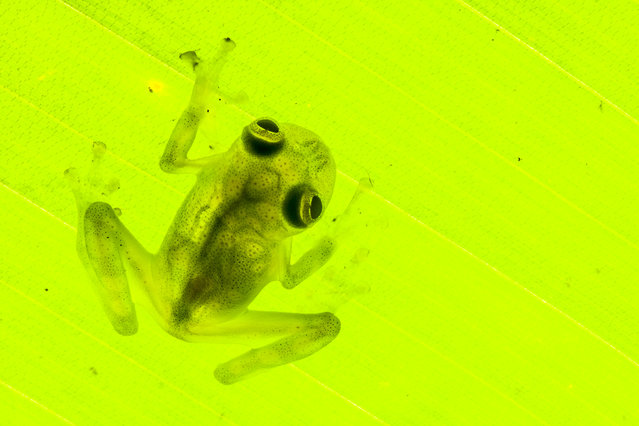 Reticulated Glass Frog, Hyalinobatrachium valerioi, on a leaf in the Osa Peninsula. Glass frogs are so-named because of their virtually transparent skin. (Photo by Robin Moore) 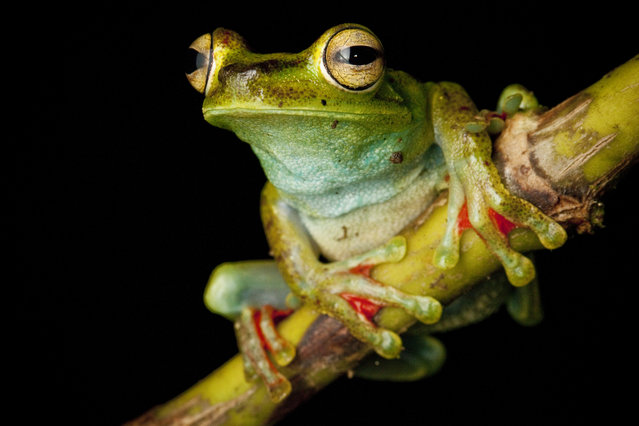 A Canal Zone Treefrog, Hypsiboas rufitelus, in the Chocó of Colombia with a shock of red webbing between the toes. (Photo by Robin Moore) 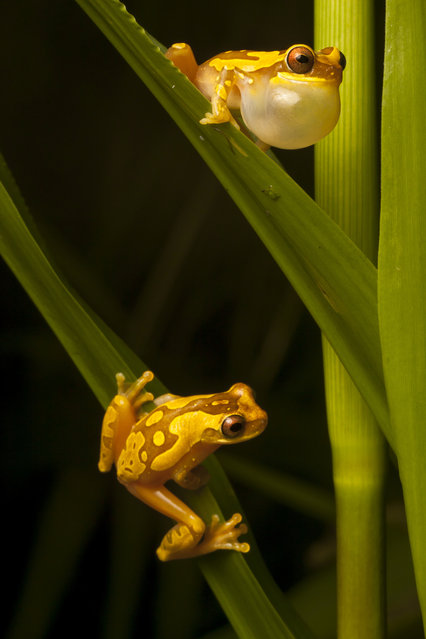 A male Hourglass Frog, Dendropsophus ebraccatus, calls to a female on a blade of grass below in the Osa Peninsula, one of the biologically richest places on earth. (Photo by Robin Moore) 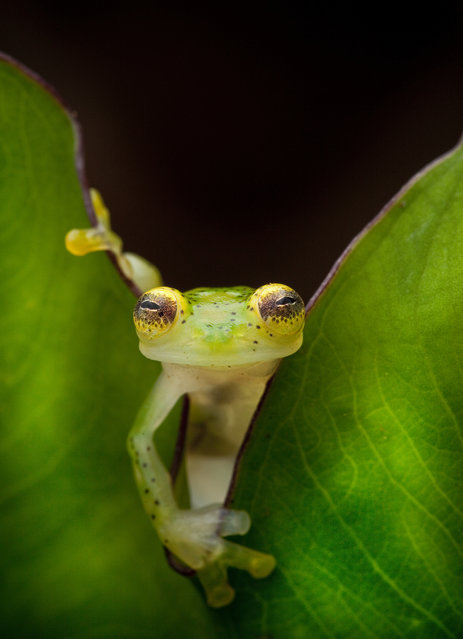 A glass frog, Hyalinobatrachium ruedai, peers through a leaf in the Choco of Colombia as we search for lost frogs. (Photo by Robin Moore) 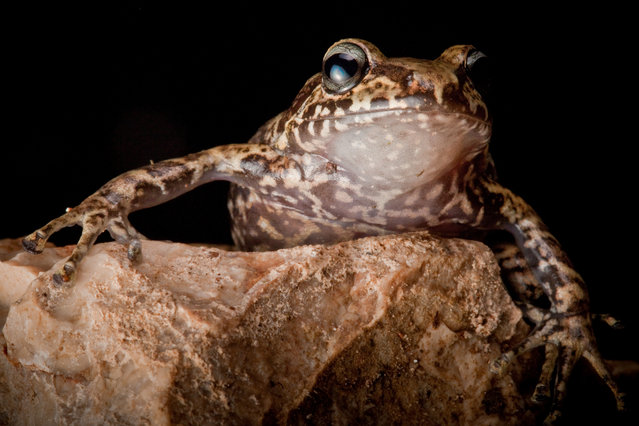 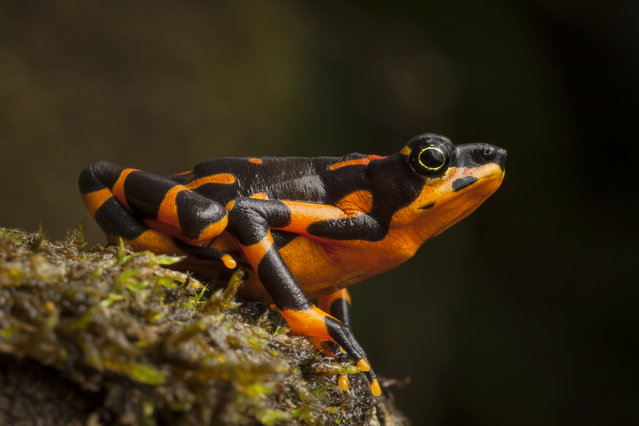 Variable Harlequin Frog, Atelopus varius, a critically endangered species that was feared extinct before being rediscovered in a remote stream in Costa Rica in 2003. The reappearance of the frog signaled the beginning of a new chapter in the story of amphibian declines and extinctions, as other species began reappearing after decades without trace. (Photo by Robin Moore) 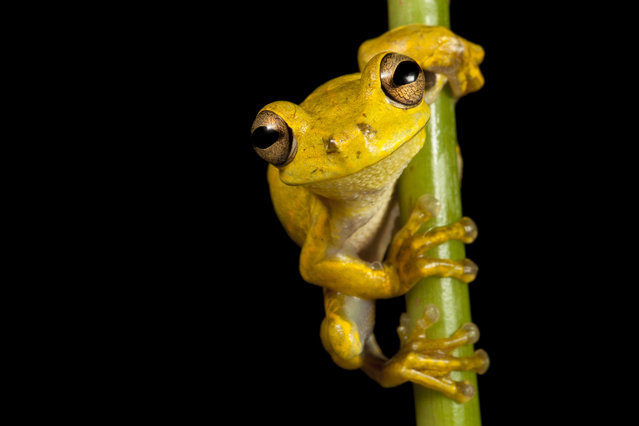 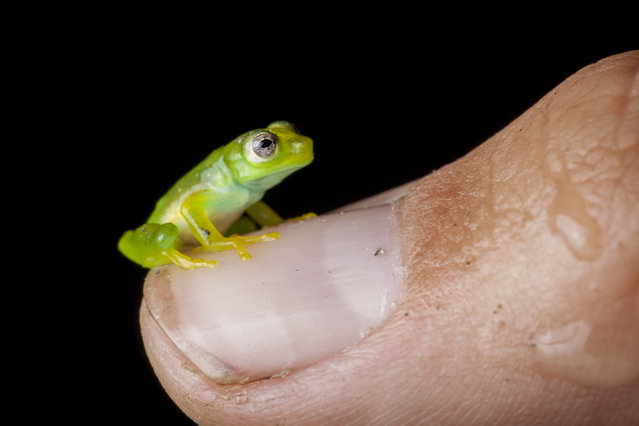 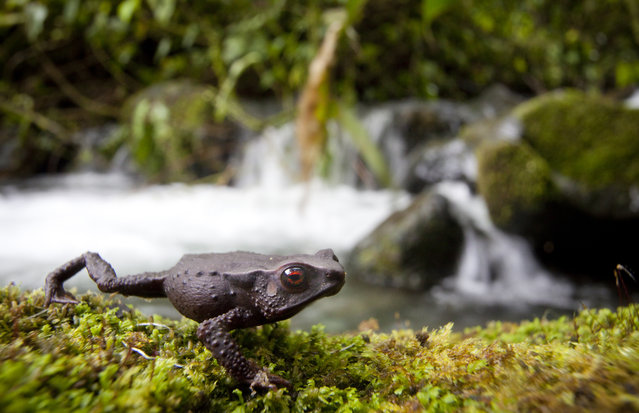