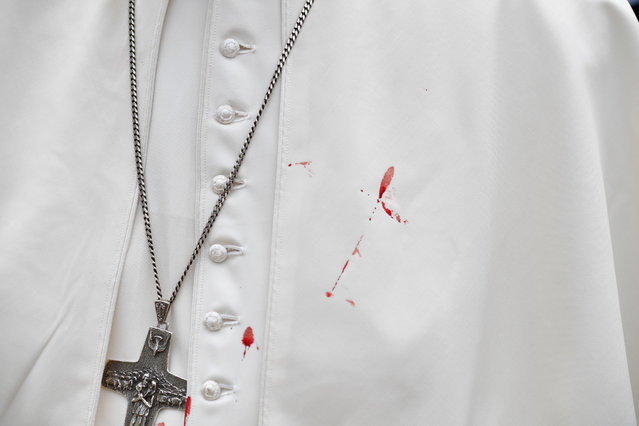 A few droplets of blood stain Pope Francis' white tunic from a bruise around his left eye and eyebrow caused by an accidental hit against the popemobile's window glass while visiting the old sector of Cartagena, Colombia, September 10, 2017. (Photo by Alberto Pizzoli/Reuters) 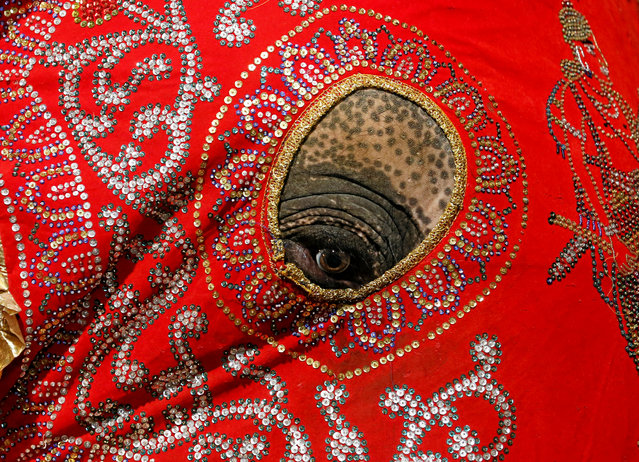 An elephant decorated with a cloth walk during the annual Nawam Perahera (street pageant) in Colombo, Sri Lanka, February 9, 2017. (Photo by Dinuka Liyanawatte/Reuters) 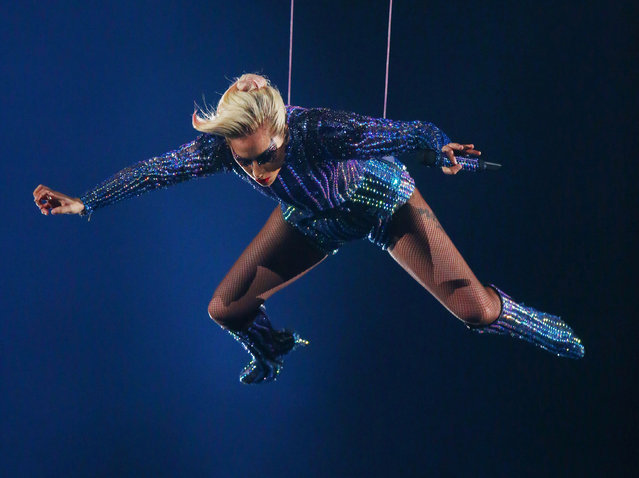 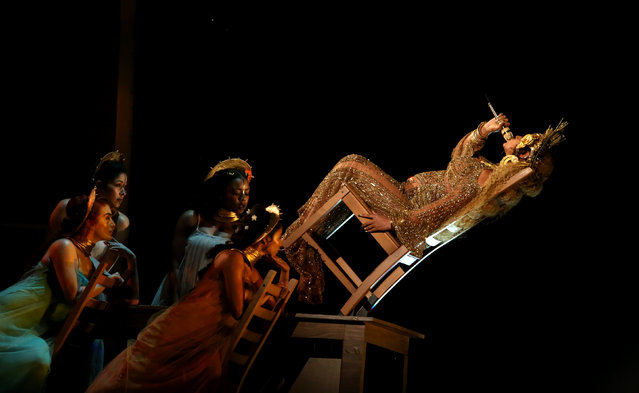 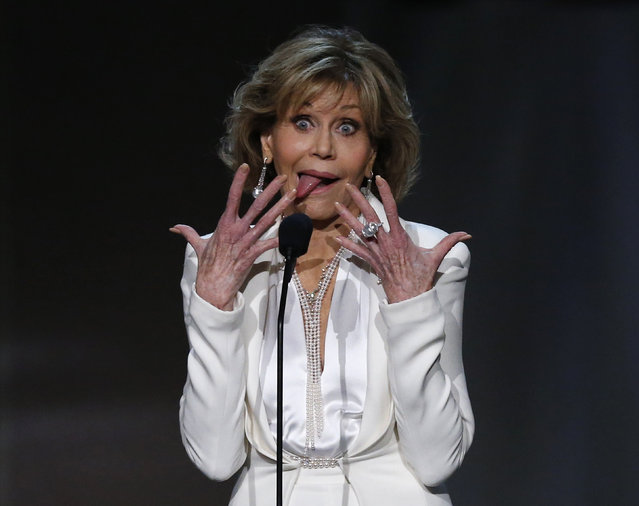 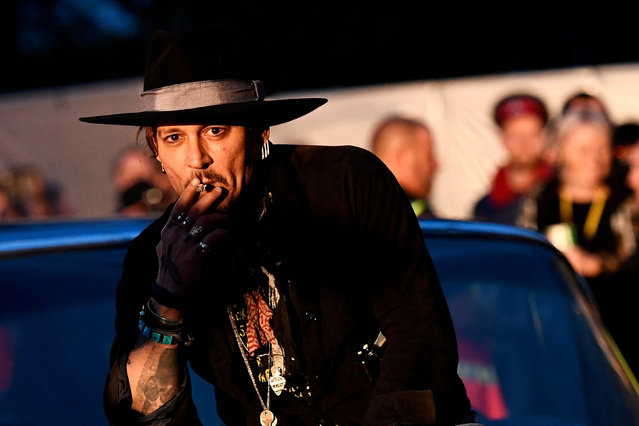 Johnny Depp poses on a Cadillac before presenting his film The Libertine, at Cinemageddon at Worthy Farm in Somerset during the Glastonbury Festival in Britain, June 22, 2017. (Photo by Dylan Martinez/Reuters) 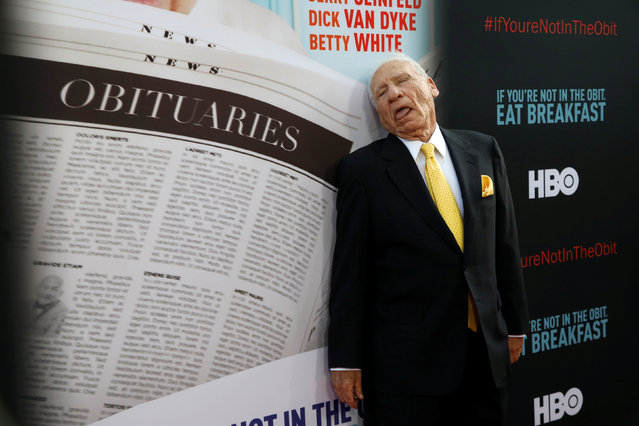 Mel Brooks poses at a premiere of the HBO documentary “If You're Not In the Obit, Eat Breakfast” in Beverly Hills, California, May 17, 2017. (Photo by Mario Anzuoni/Reuters) 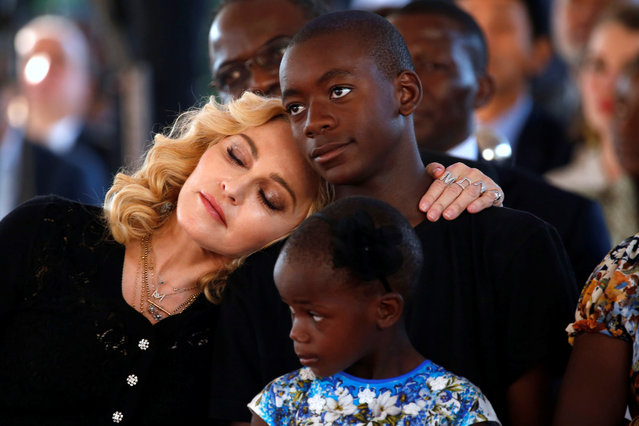 Madonna embraces her son David Banda ahead of the opening of the Mercy James hospital in Blantyre, Malawi, July 11, 2017. (Photo by Siphiwe Sibeko/Reuters) 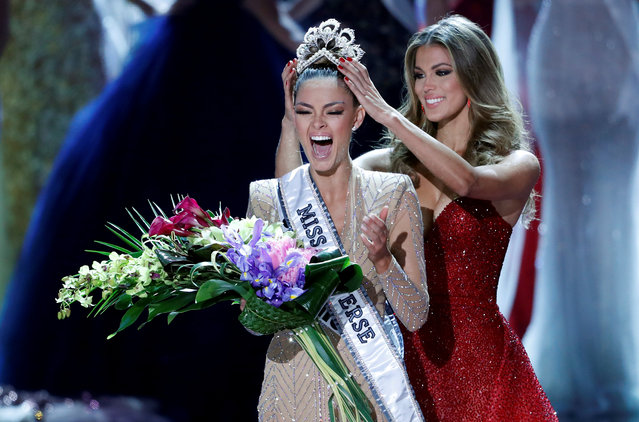 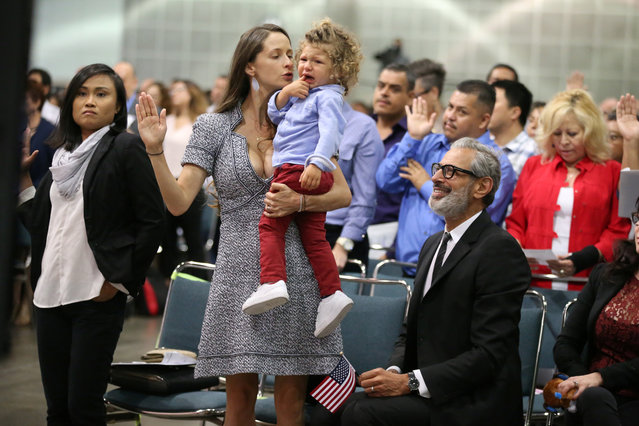 Actor Jeff Goldblum sits with his wife Emilie Livingston from Canada and their 22-month-old son Charlie Ocean Goldblum as Livingston is sworn in as a new U.S. citizen at a naturalization ceremony in Los Angeles, May 23, 2017. (Photo by Lucy Nicholson/Reuters) 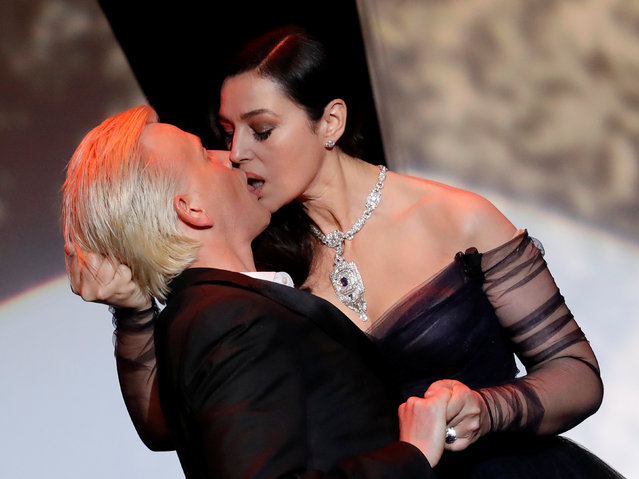 Mistress of Ceremony actress Monica Bellucci kisses actor Alex Lutz on stage at the opening ceremony of the Cannes Film Festival, May 17, 2017. (Photo by Eric Gaillard/Reuters) 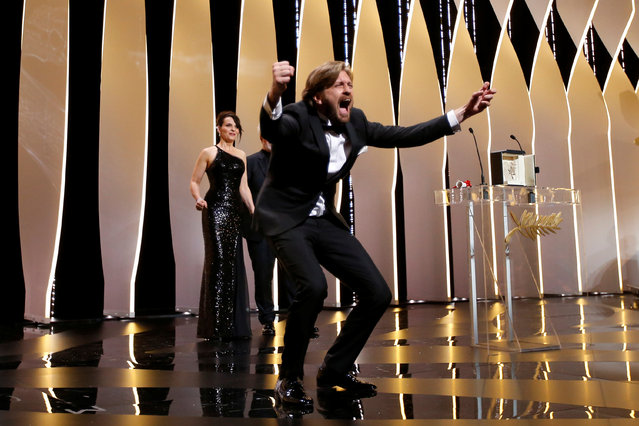 Director Ruben Ostlund reacts to winning the Palme d'Or award for his film “The Square” at the closing ceremony of the Cannes Film Festival, May 28, 2017. (Photo by Stephane Mahe/Reuters) 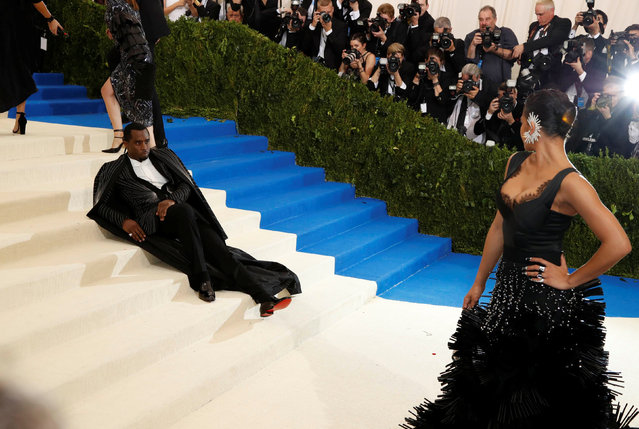 Cassie and Sean Diddy Combs arrive at the Metropolitan Museum of Art Costume Institute Gala in Manhattan, May 1, 2017. (Photo by Lucas Jackson/Reuters) 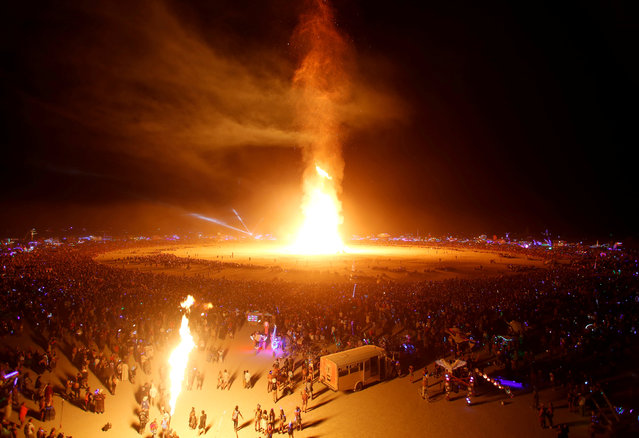 The Man is engulfed in flames as approximately 70,000 people from all over the world gathered for the annual Burning Man arts and music festival in the Black Rock Desert of Nevada, September 2, 2017. (Photo by Jim Urquhart/Reuters) 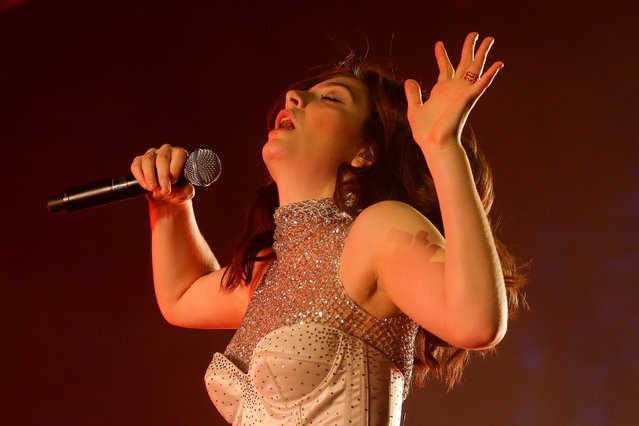 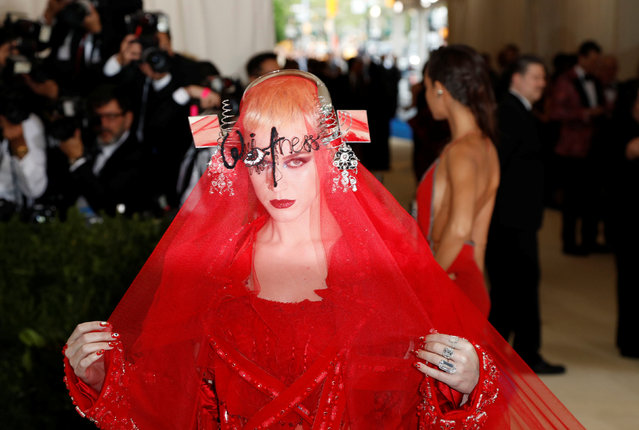 Katy Perry arrives at the Metropolitan Museum of Art Costume Institute Gala in Manhattan, May 1, 2017. (Photo by Lucas Jackson/Reuters) 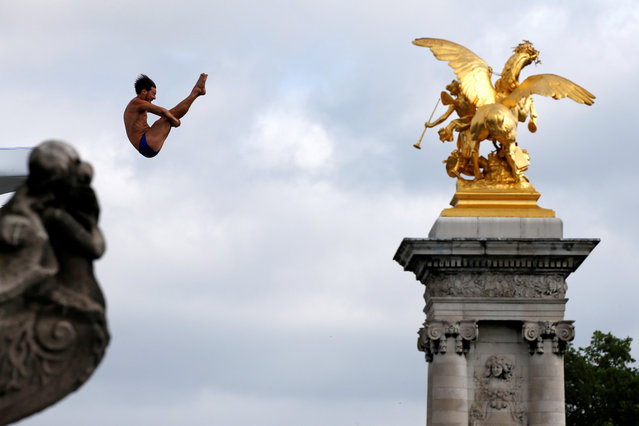 A participant dives from the Pont Alexandre III bridge into the River Seine in Paris, France, June 23, 2017. Paris transformed into a giant Olympic park to celebrate International Olympic Day with a variety of sporting events for the public, as the city bids to host the 2024 Olympic and Paralympic Games. (Photo by Jean-Paul Pelissier/Reuters) 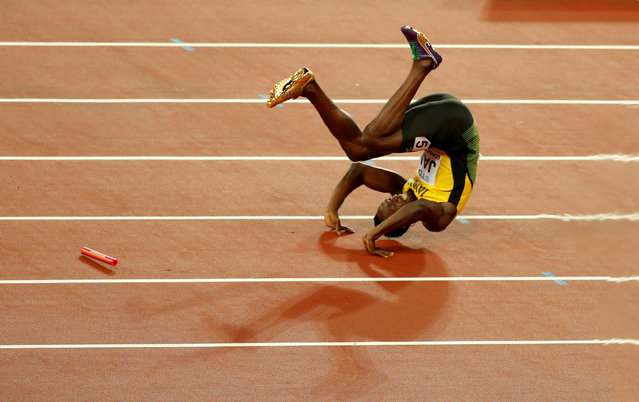 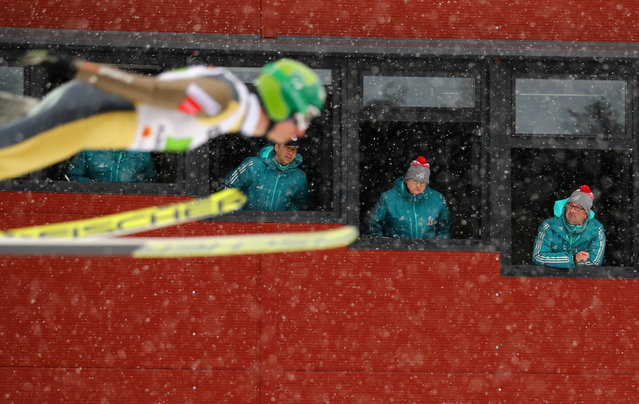 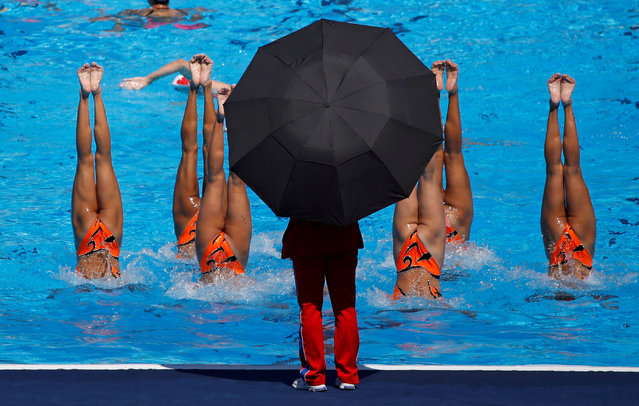 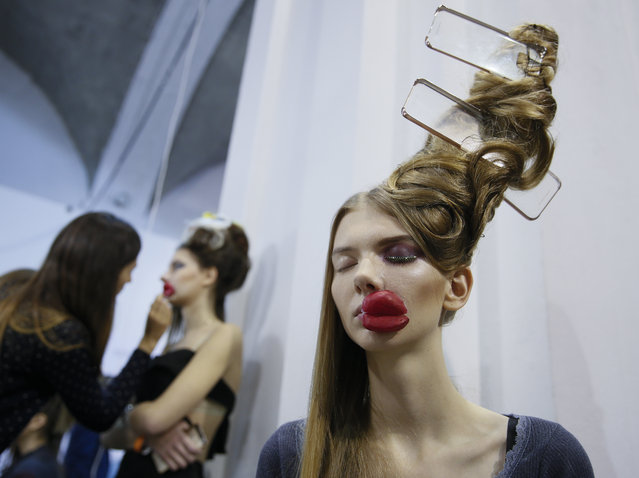 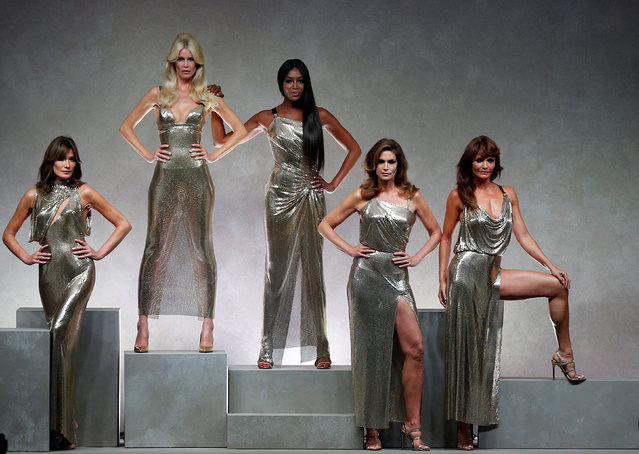 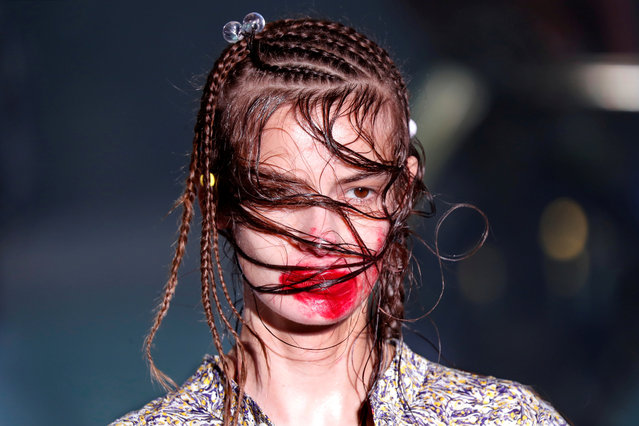 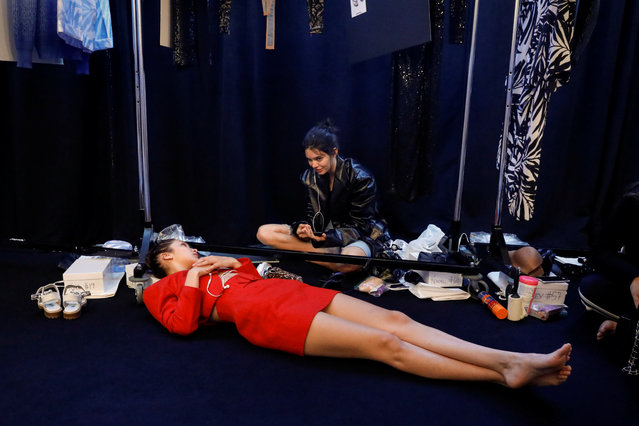 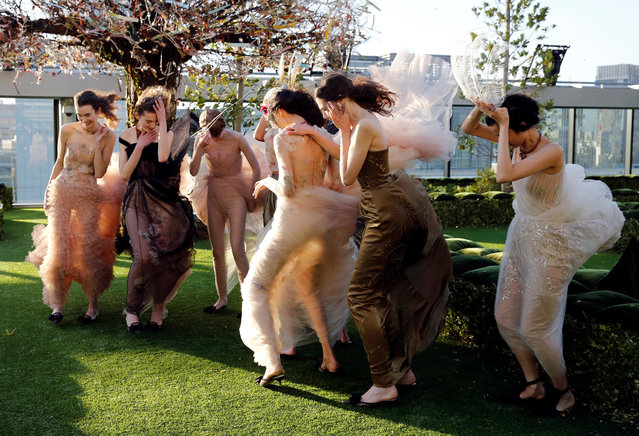