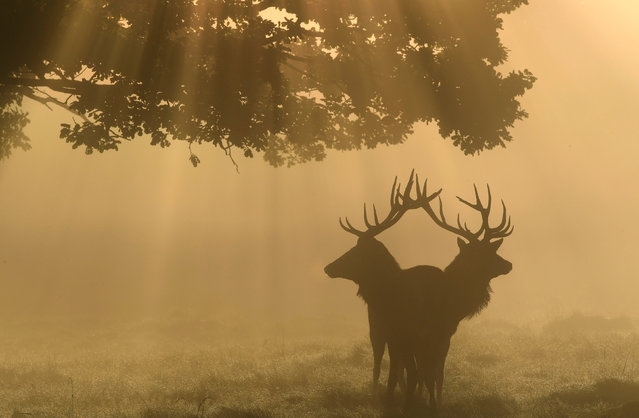 Two stag deer are seen through the mist at dawn during the annual rutting season in Richmond Park in London, Britain September 22, 2017. (Photo by Toby Melville/Reuters) 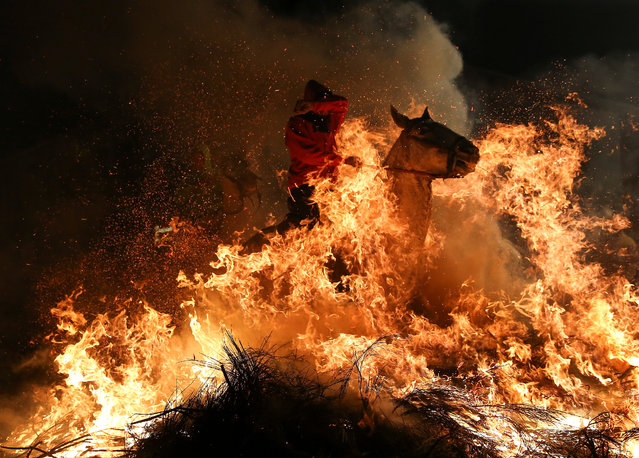 A man rides a horse through flames during the annual “Luminarias” celebration on the eve of Saint Anthony's day, Spain's patron saint of animals, in the village of San Bartolome de Pinares, northwest of Madrid, Spain, January 16, 2017. (Photo by Paul Hanna/Reuters) 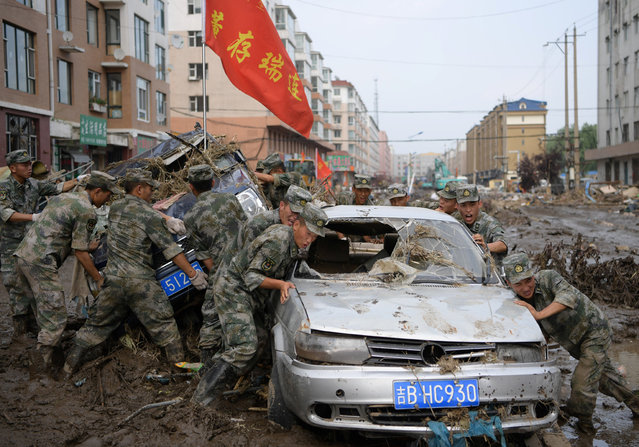 Rescue workers drag damaged cars out of debris and mud after a flood in Yongji, Jilin province, China, July 17, 2017. (Photo by Yang Zaixin/Reuters) 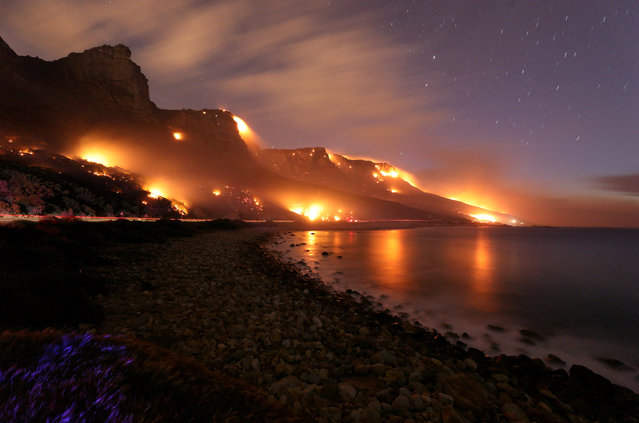 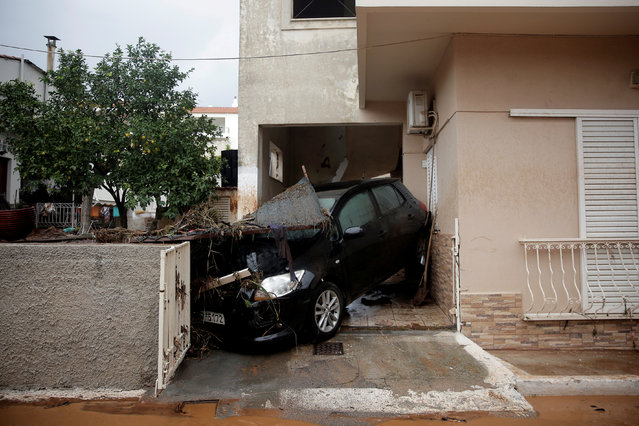 A destroyed car is stuck at the entrance of a house following flash floods which hit areas west of Athens, killing at least 15 people, in Mandra, Greece, November 16, 2017. (Photo by Alkis Konstantinidis/Reuters) 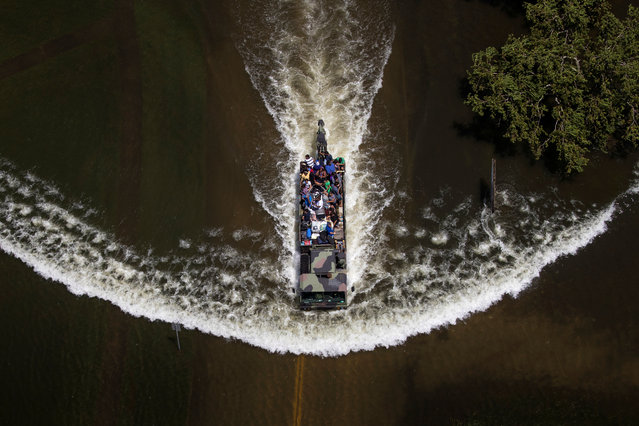 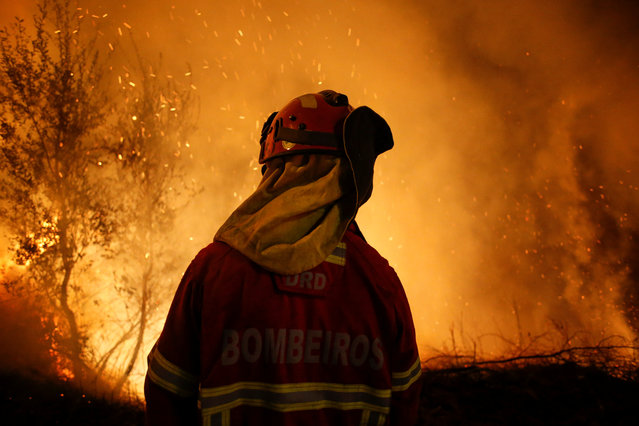 A firefighter is seen near flames from a forest fire in Cabanoes, near Lousa, Portugal, October 16, 2017. (Photo by Pedro Nunes/Reuters) 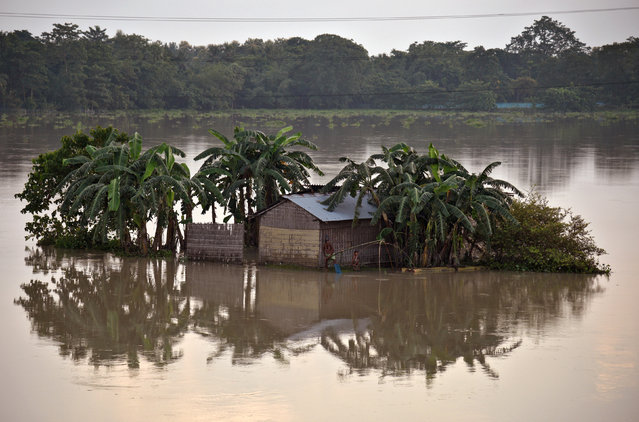 A man casts his fishing net in the flood waters next to his partially submerged hut in Morigaon district in the northeastern state of Assam, India, August 17, 2017. (Photo by Anuwar Hazarika/Reuters) 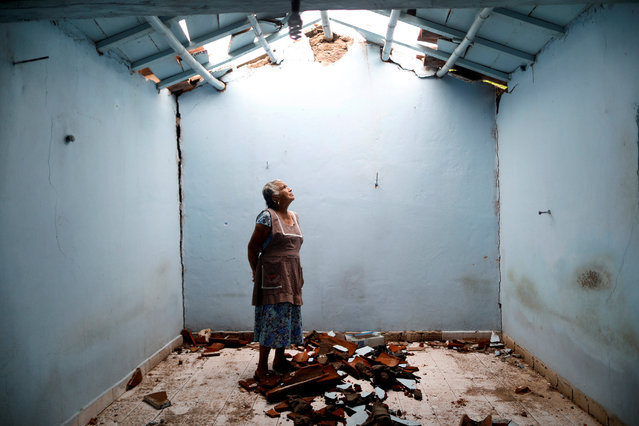 Tomasa Mozo, 69, a housewife, looks up at the roof as she poses for a portrait inside the ruins of her house after an earthquake in San Jose Platanar, at the epicenter zone, Mexico, September 28, 2017. The house was badly damaged but with the help of her family Mozo rescued some furniture. She lives in another room of her house and hopes to repair the damage as soon as possible. “I'm afraid to go out, I can not sleep”, Mozo said. (Photo by Edgard Garrido/Reuters) 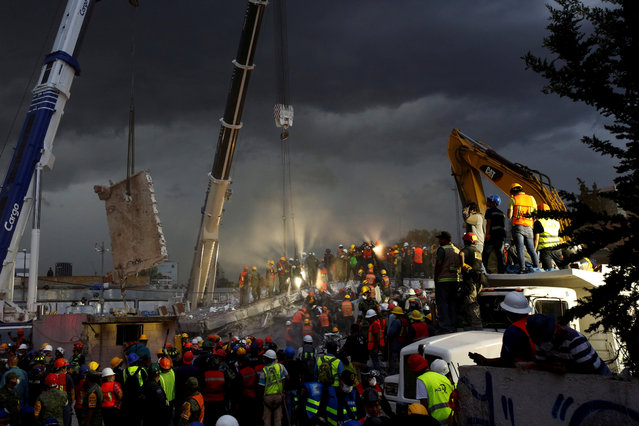 Rescue workers and Mexican soldiers take part in a rescue operation at a collapsed building after an earthquake at the Obrera neighborhood in Mexico City, September 20, 2017. (Photo by Carlos Jasso/Reuters) 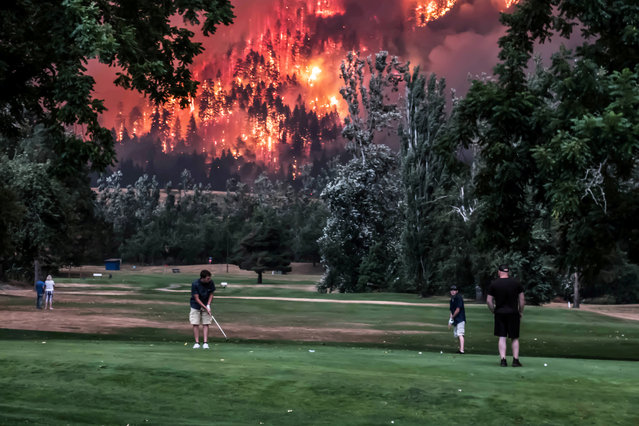 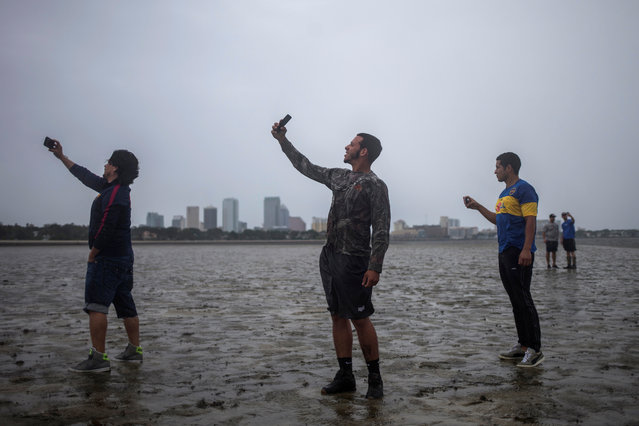 The Tampa skyline is seen in the background as local residents (L-R) Rony Ordonez, Jean Dejesus and Henry Gallego take photographs after walking into Hillsborough Bay ahead of Hurricane Irma in Tampa, Florida, September 10, 2017. (Photo by Adrees Latif/Reuters) 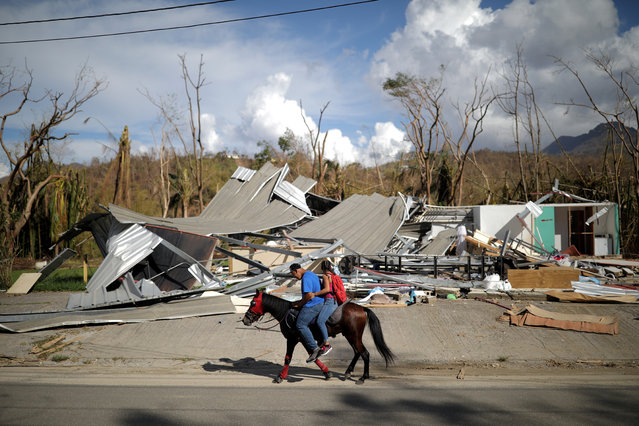 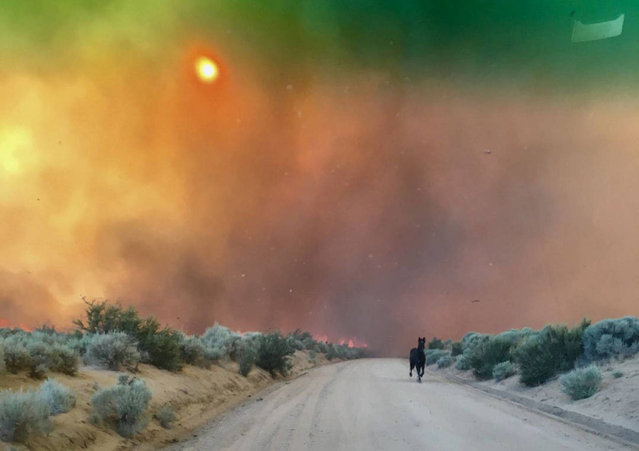 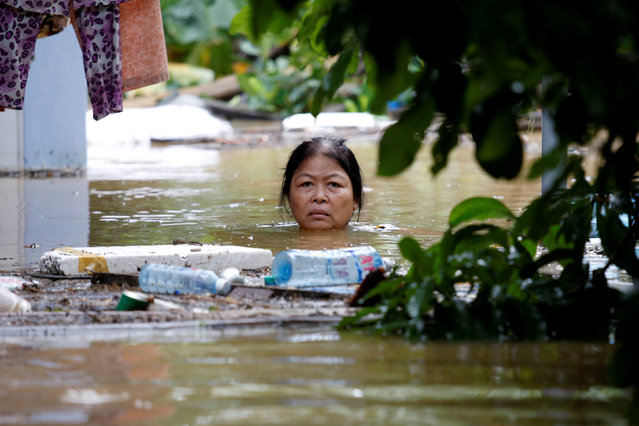 A woman wades through a submerged street in the UNESCO heritage town of Hoi An after Typhoon Damrey hit Vietnam, November 6, 2017. (Photo by Reuters/Kham) 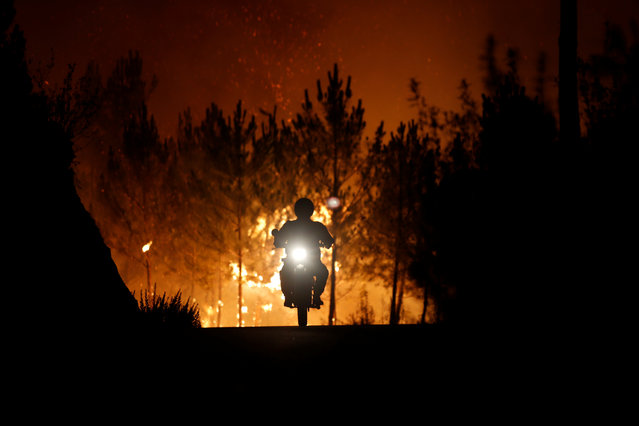 A firefighter rides a motorbike away from a forest fire next to the village of Macao, near Castelo Branco, Portugal, July 26, 2017. (Photo by Rafael Marchante/Reuters) 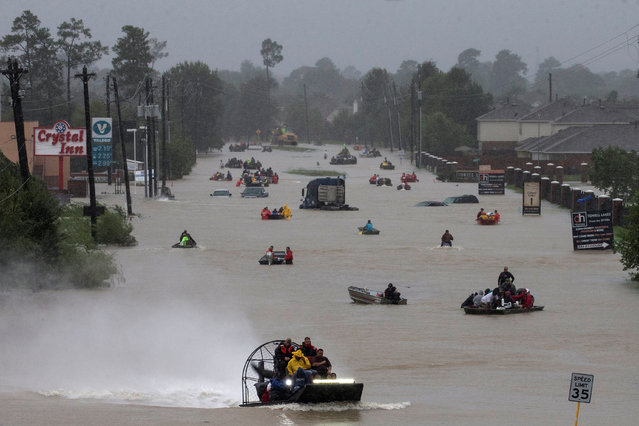 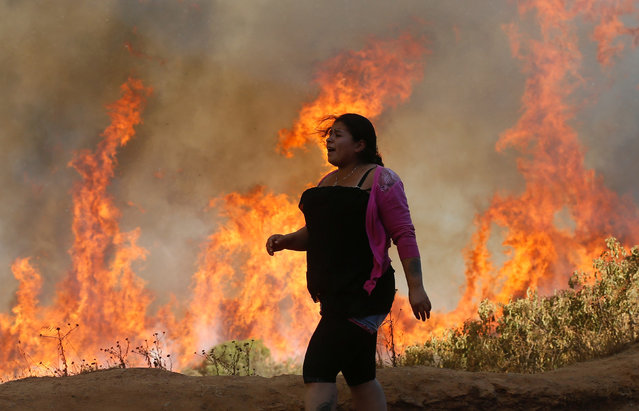 A resident looks at a wildfire in Vina del Mar, Chile, March 12, 2017. (Photo by Rodrigo Garrido/Reuters) 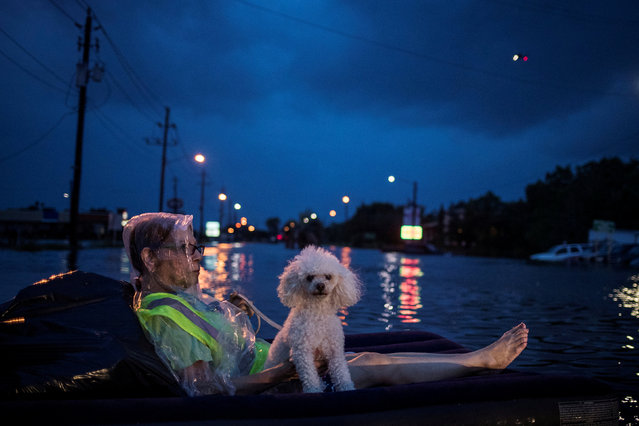 A rescue helicopter hovers in the background as an elderly woman and her poodle use an air mattress to float above flood waters from Tropical Storm Harvey while waiting to be rescued from Scarsdale Boulevard in Houston, Texas, August 27, 2017. (Photo by Adrees Latif/Reuters) 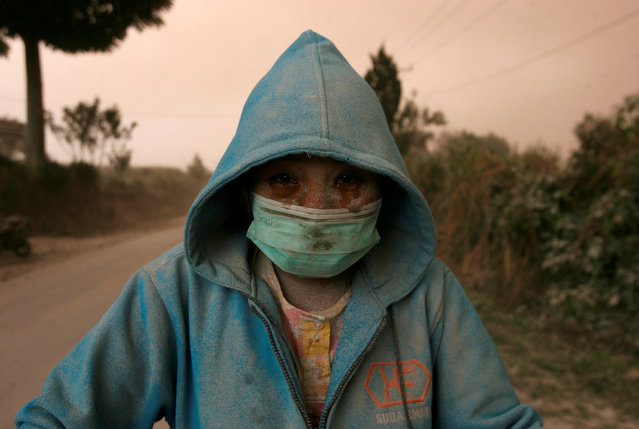 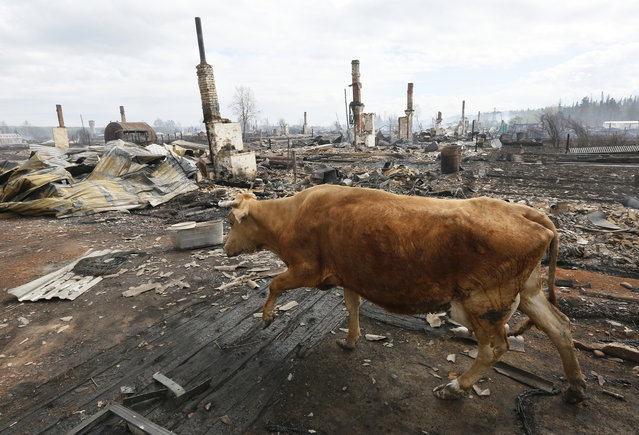 A cow walks amidst the debris of burnt houses after recent wildfires in the Siberian settlement of Strelka, located on the bank of the Angara River in Krasnoyarsk region, Russia, May 25, 2017. (Photo by Ilya Naymushin/Reuters) 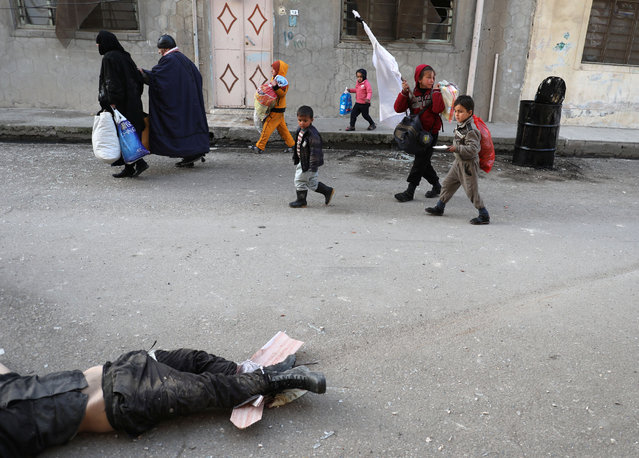 People who are trying to escape from Mosul walk in front of an Islamic State fighter, Iraq February 28, 2017. (Photo by Goran Tomasevic/Reuters) 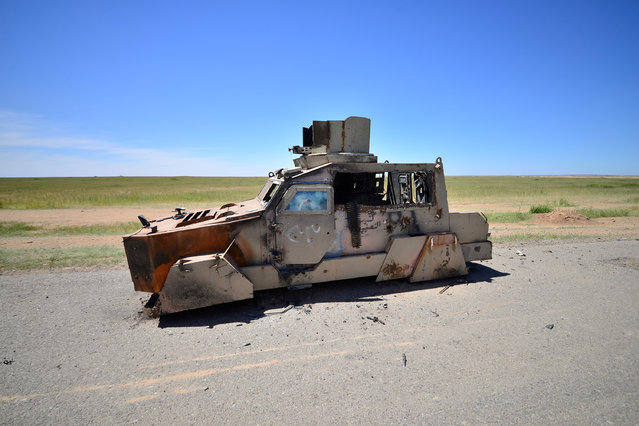 A vehicle that belonged to Islamic State militants is seen on the outskirts of the ancient city of Hatra near Mosul, Iraq, April 26, 2017. (Photo by Reuters/Stringer) 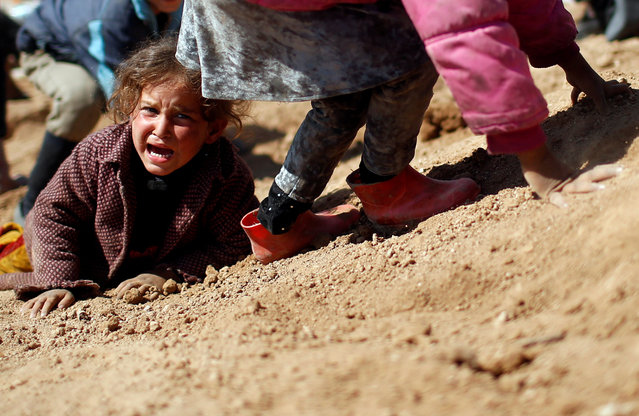 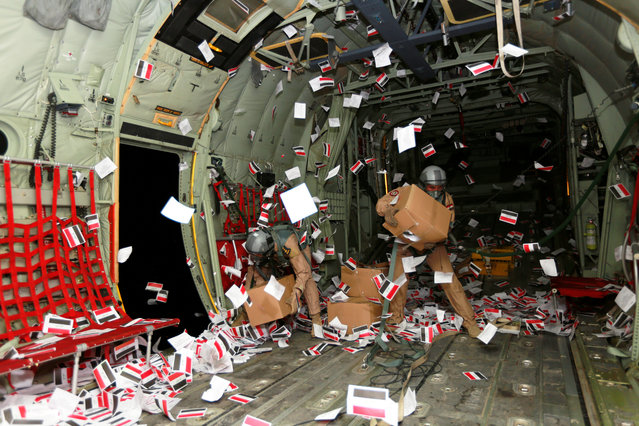