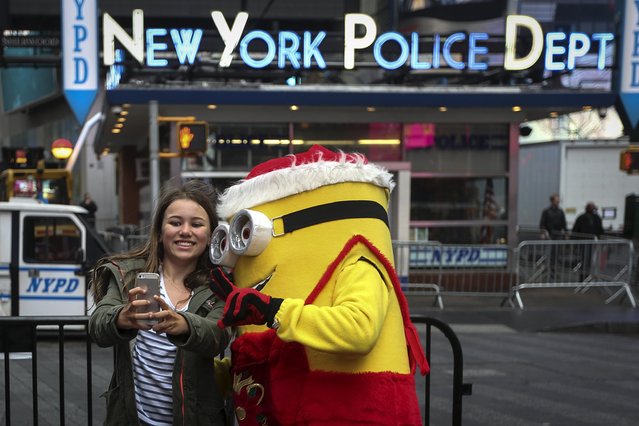 A child poses for a selfie with a Minion character dressed in a Christmas theme in Times Square during unseasonably warm weather on Christmas Eve in the Manhattan borough of New York December 24, 2015. (Photo by Carlo Allegri/Reuters) 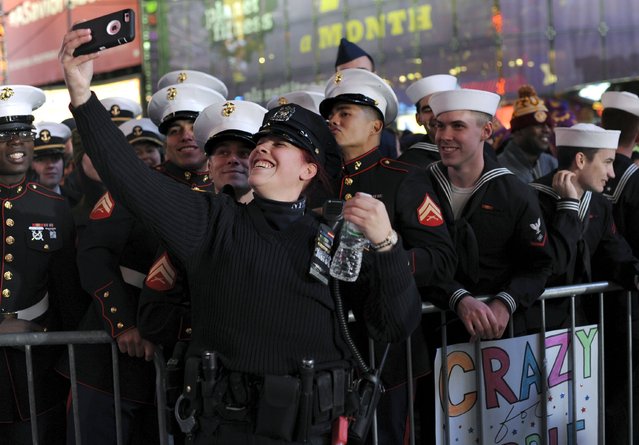 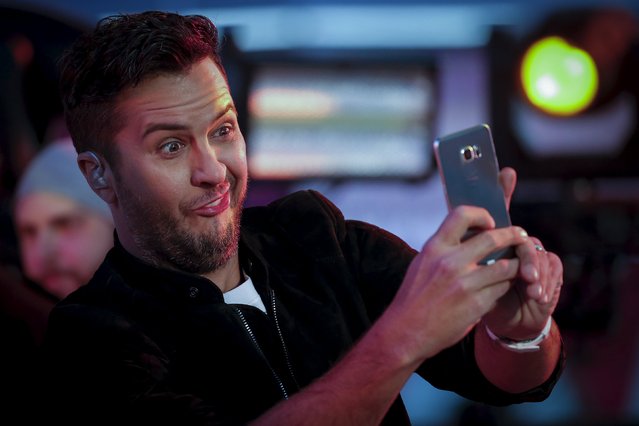 Singer Luke Bryan takes a selfie during his performance on the main stage in Times Square during New Year's Eve celebrations in the Manhattan borough of New York, December 31, 2015. (Photo by Carlo Allegri/Reuters) 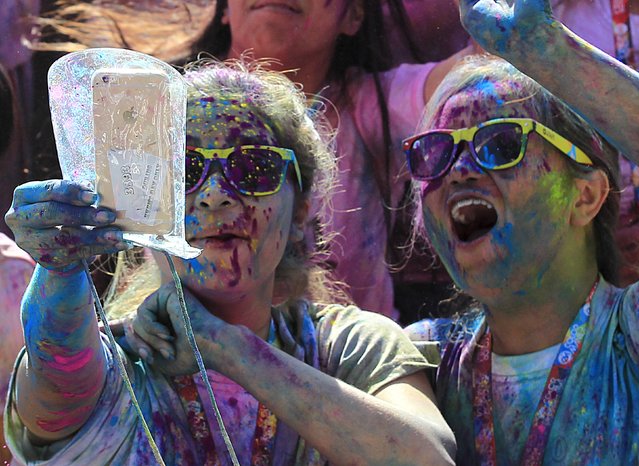 A runner takes a selfie photo while celebrating during a "Color Fun Run" in Manila, Philippines January 3, 2016. (Photo by Romeo Ranoco/Reuters) 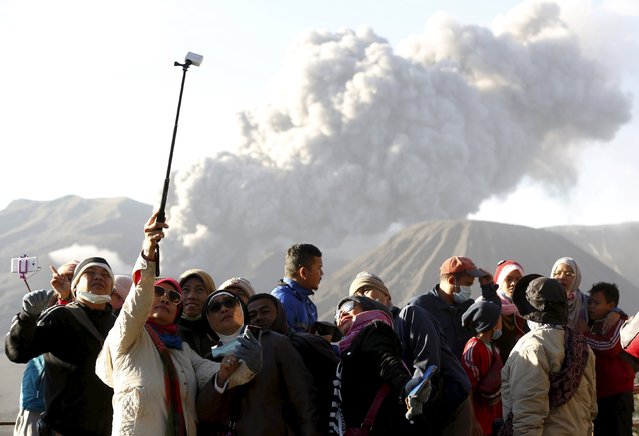 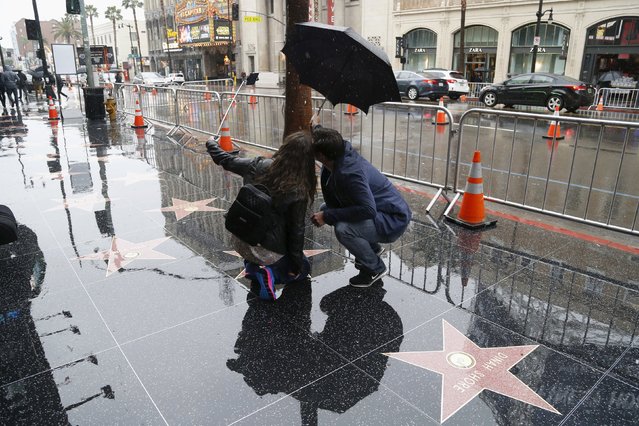 Tourists take a selfie in the rain on the Hollywood Walk of Fame in Hollywood, California January 5, 2016. An El Nino-strengthened storm brought widespread rain to drought-stricken California on Tuesday, triggering flooding that clogged roadways, and authorities warned residents about possible mud slides. (Photo by Mario Anzuoni/Reuters) 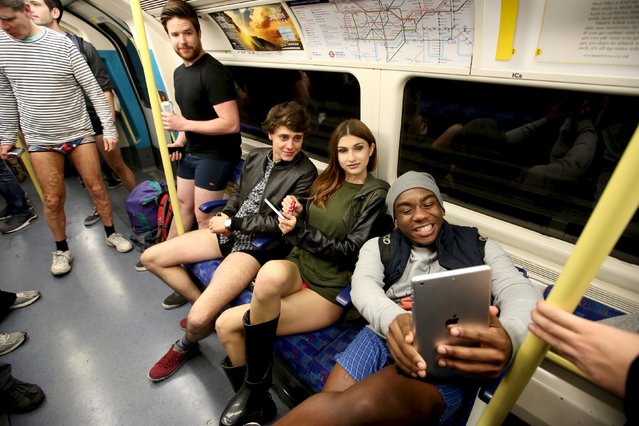 Participants in the annual No Trousers On The Tube Day ride the London Underground in London, Britain January 10, 2016. (Photo by Paul Hackett/Reuters) 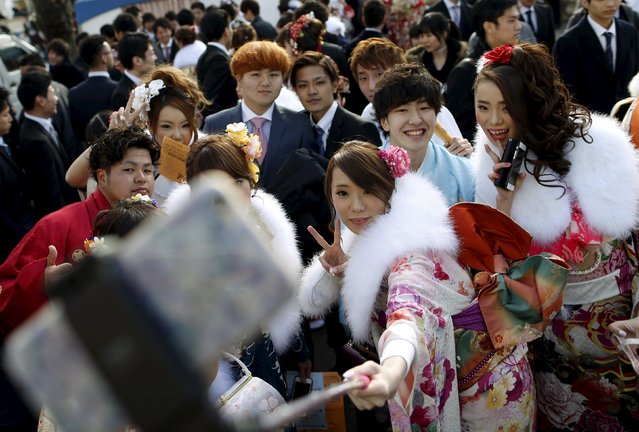 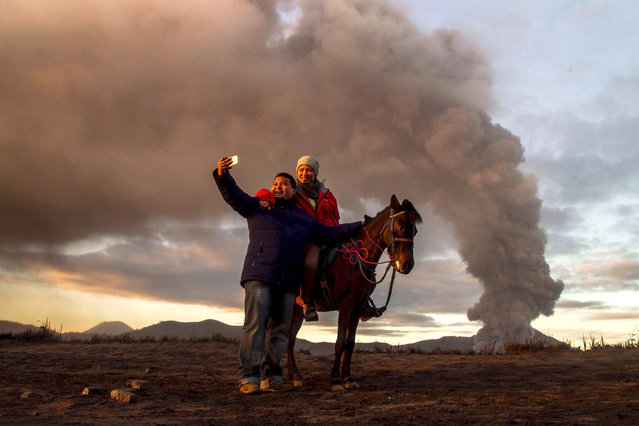 Indonesian tourists take a selfie as Mount Bromo spews volcanic material and ash into the air during an eruption in Probolinggo, East Java, Indonesia, 31 December 2015. Indonesia's Mount Bromo is on the second highest alert level as its activity has increased in the last two months. (Photo by Fully Handoko/EPA) 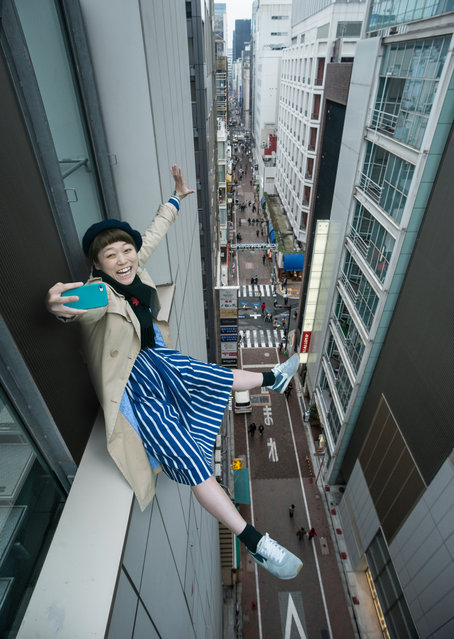 A woman perches on a window ledge in Tokyo to take a selfie. (Photo by Petri Artturi Asikainen/Getty Images ) 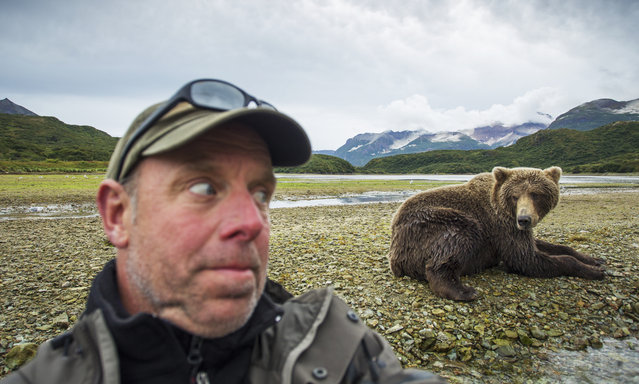 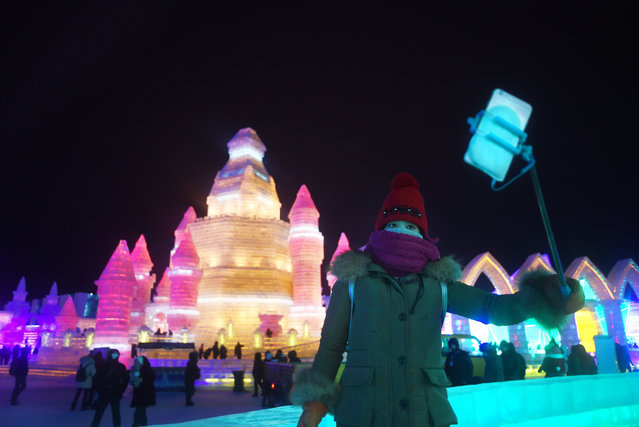 A woman uses a mobile phone to take a picture at the China Ice and Snow World during the Harbin International Ice and Snow Festival in Harbin, northeast China's Heilongjiang province on January 5, 2016. Over one million visitors are expected to attend the spectacular Harbin Ice Festival, where buildings of ice are bathed in ethereal lights and international ice sculptors compete for honours. (Photo by Wang Zhao/AFP Photo) 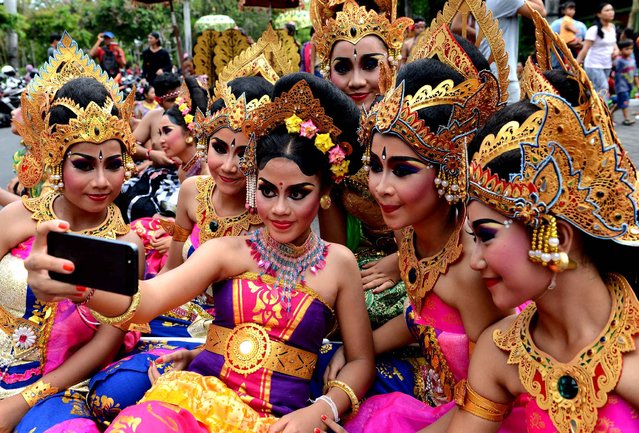 Balinese young girl take a selfie during a New Year celebration in Denpasar, on Indonesia's resort island of Bali on December 31, 2015. Various form of dances and music have made Bali's art and culture one of the most diverse in the world. (Photo by Sonny Tumbelaka/AFP Photo) 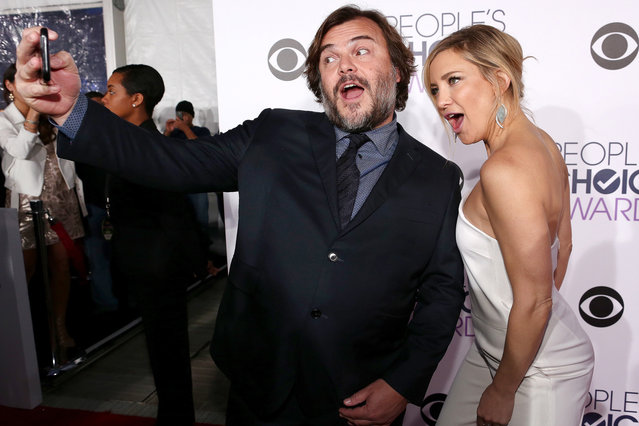 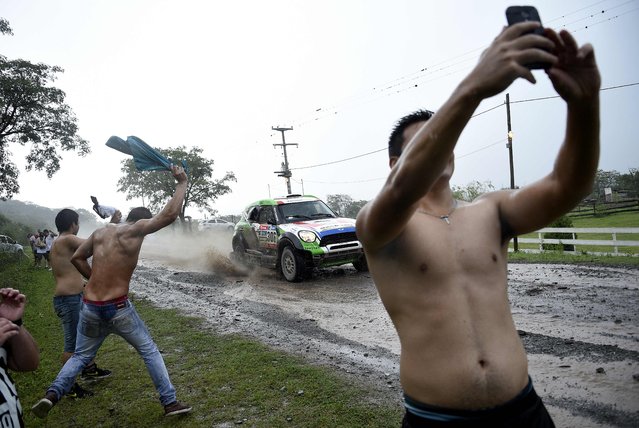 Spectators cheer and take selfies as driver Erik Van Loon and co-driver Wouter Rosegaar, both from the Netherlands, compete in the Stage 3 of the 2016 Dakar Rally between Termas de Rio Hondo and Jujuy, Argentina, on January 5, 2016. (Photo by Franck Fife/AFP Photo) 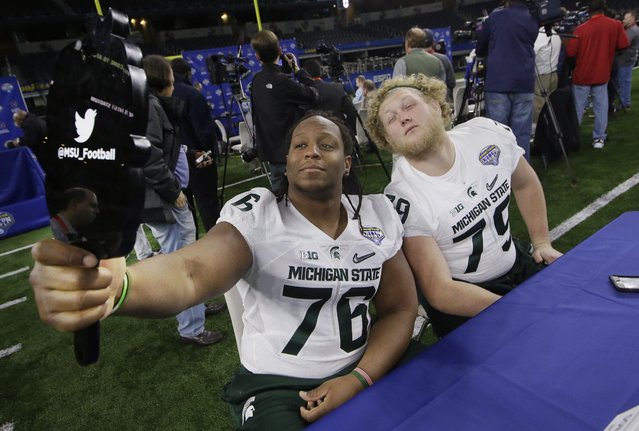