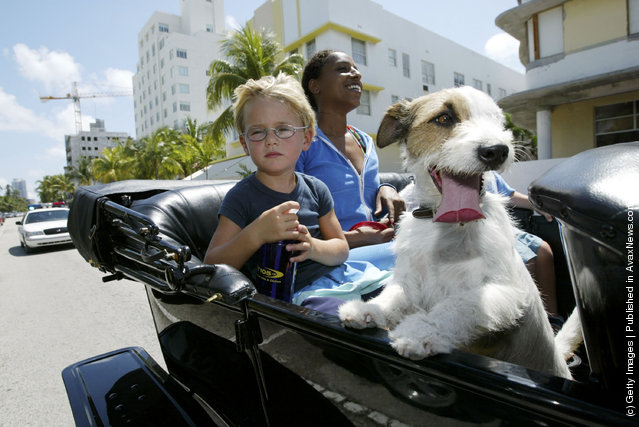 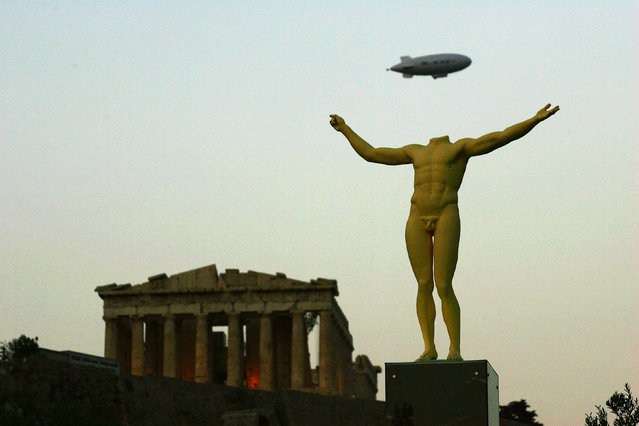 A zeppelin flies over the Parthenon on the eve of Athens 2004 Olympic Games during the festivities for the Athens 2004 Summer Olympic Games Opening Ceremony on August 13, 2004 in Athens, Greece. (Photo by Daniel Berehulak/Getty Images) 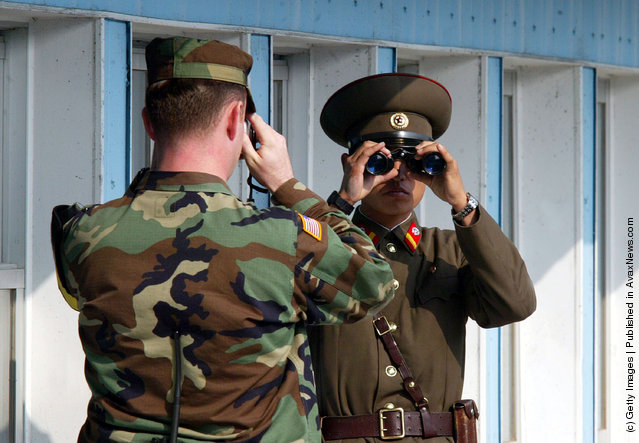 A U.S. soldier (L) takes picture of a North Korean soldier as he stands guard November 9, 2004 at the truce village of Panmunjom between South and North Korea in South Korea. (Photo by Chung Sung-Jun/Getty Images) 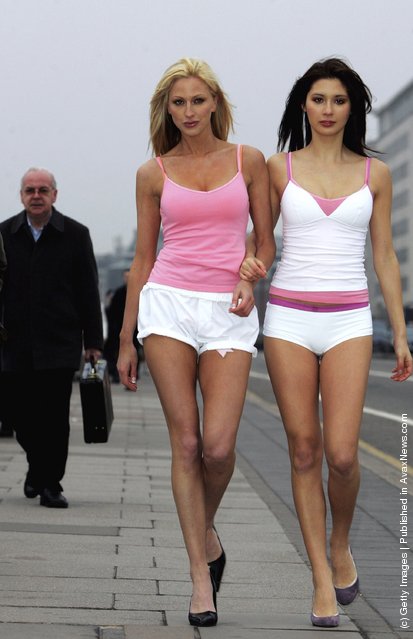 Models showcase Valentine's Day underwear celebrating the results of a recent survey revealing that men find the lingerie, boxer shorts and vests, the biggest turn on ahead of February 14 Valentine celebrations, at Waterloo on February 2, 2006 in London, England. (Photo by Gareth Cattermole/Getty Images) 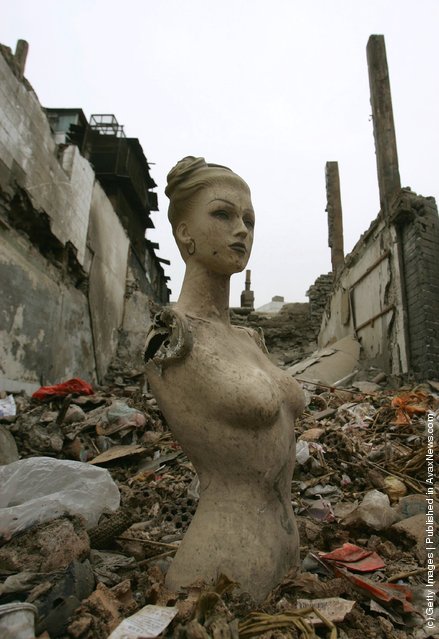 A sculpture is seen among the ruins of buildings which are to be demolished to make way for modern development in anticipation of the 2008 Olympics in the Qianmen area on February 27, 2006 in Beijing, China. (Photo by China Photos/Getty Images) 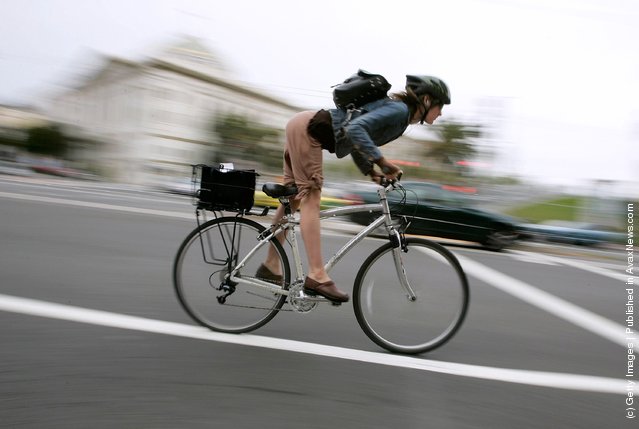 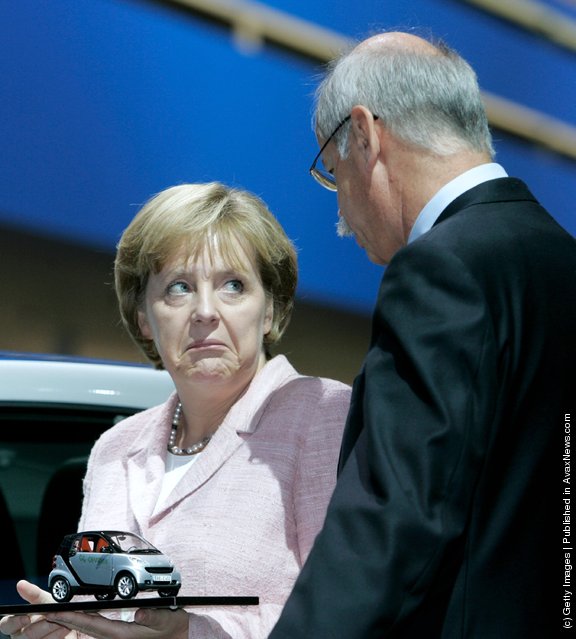 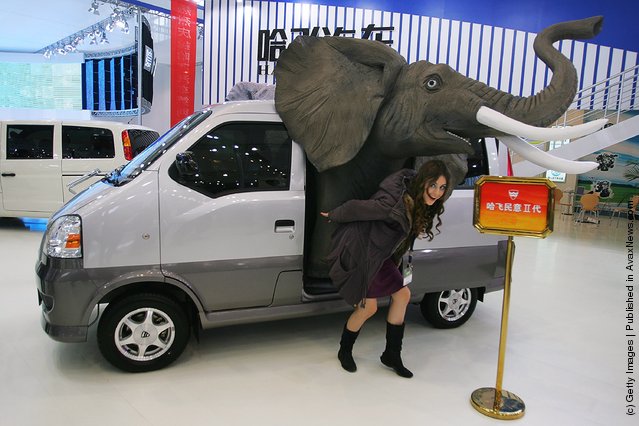 A model poses beside the Hafei J6391 during a special media opening of the Auto China 2008 show at the new China International Exhibition Center on April 21, 2008 in Beijing, China. (Photo by Feng Li/Getty Images) 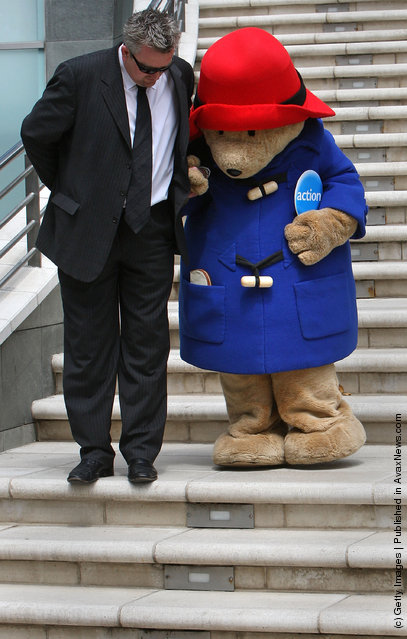 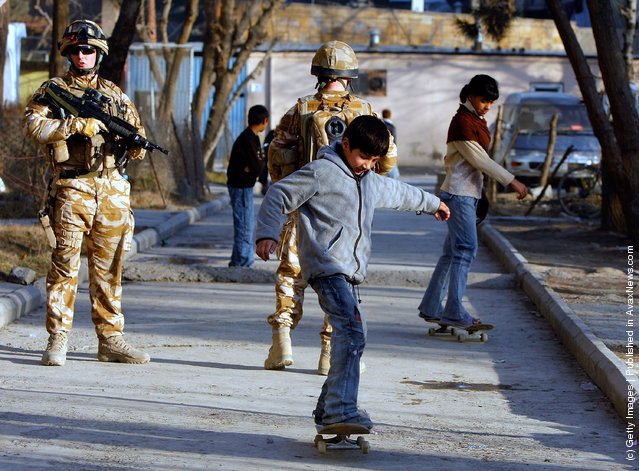 Afghan kids skateboard near their homes along side British ISAF soldiers on patrol on February 02, 2009 in Kabul, Afghanistan. (Photo by Paula Bronstein/Getty Images) 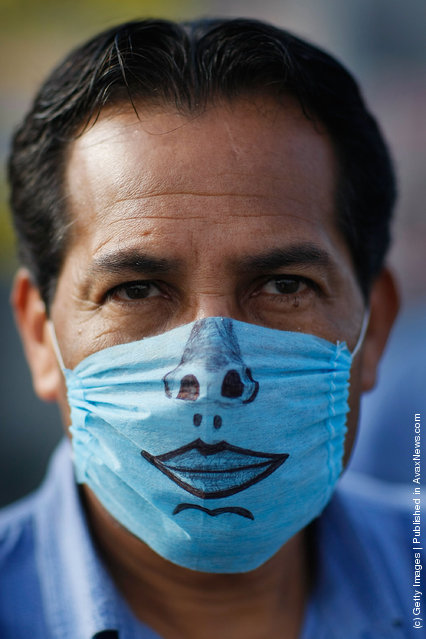 A drawing adorns the surgical mask worn by a man to help prevent being infected with the swine flu on April 28, 2009 in Mexico City, Mexico. (Photo by Joe Raedle/Getty Images) 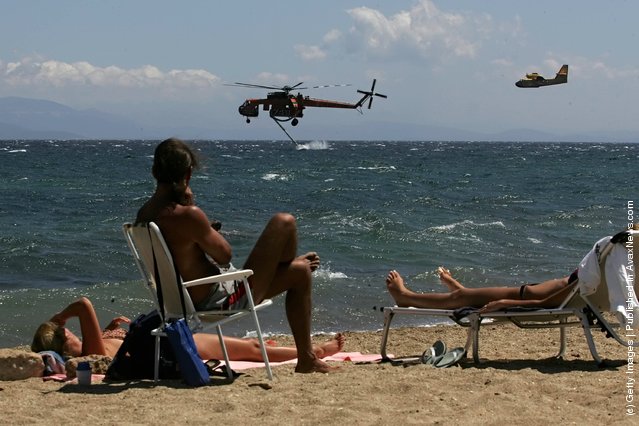