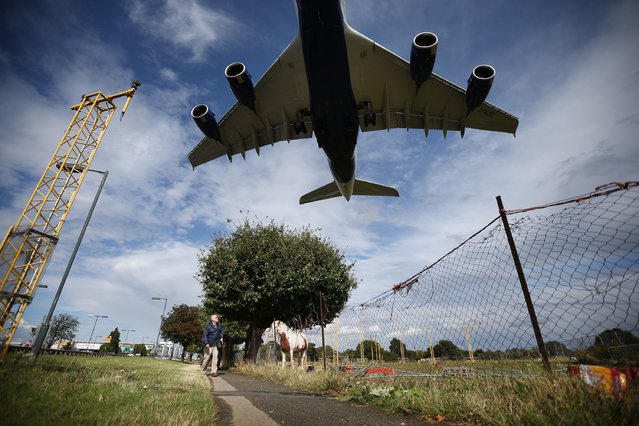 A passenger plane comes into land over a field containing horses at Heathrow Airport on August 11, 2014 in London, England. Heathrow is the busiest airport in the United Kingdom and the third busiest in the world. The airport's operator BAA wants to build a third runway to cope with increased demand. (Photo by Peter Macdiarmid/Getty Images) 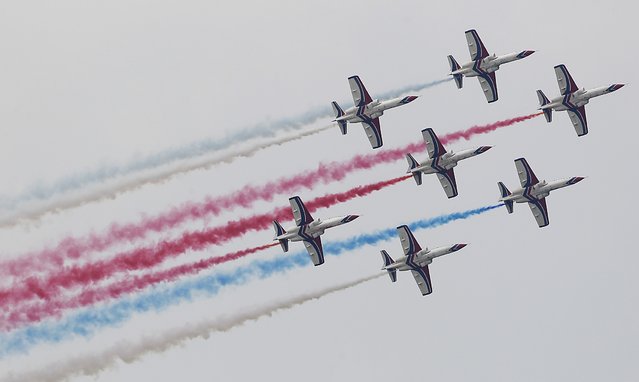 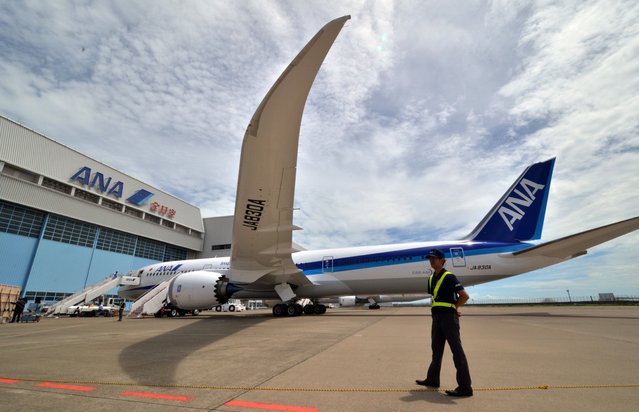 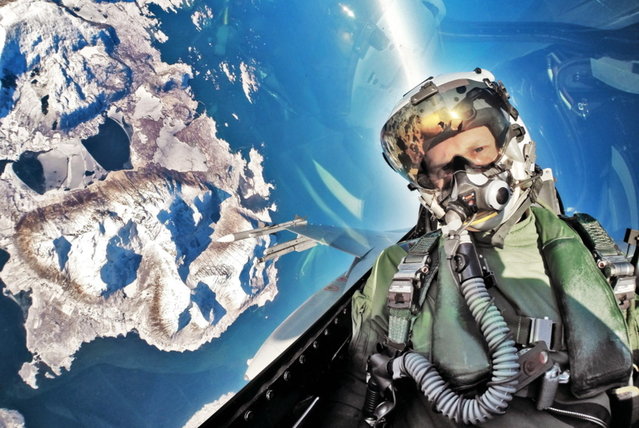 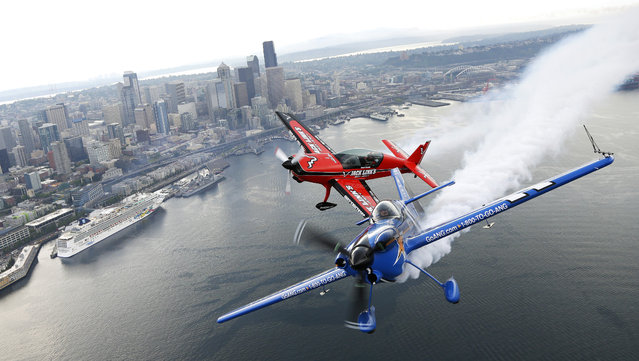 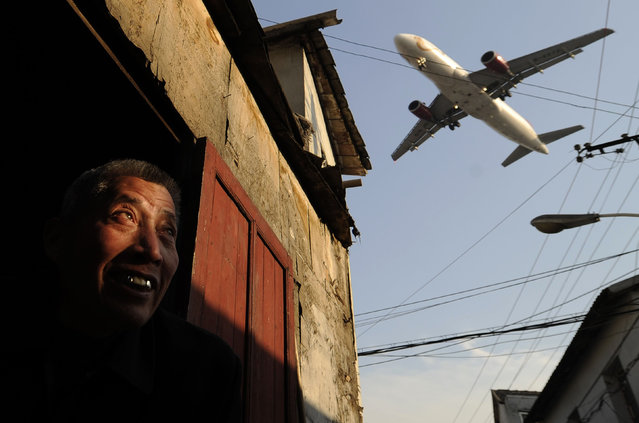 A man watches as an airliner flies over his house into Hongqiao International airport in Shanghai on January 5, 2012. (Photo by Peter Parks/AFP Photo) 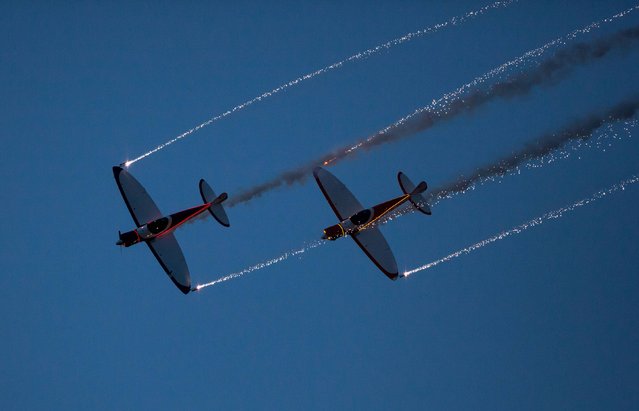 Action from The Foynes/Shannon 75th Anniversary Airshow a key element of a fitting weekend tribute across July 5th and 6th 2014 in the town of Foynes County Limerick to the airmen that crossed the Atlantic all of three quarters of a century ago on the first ever commercial transatlantic flight. Lighting up the skies over the Shannon Estuary were the Sky Pyro Show. (Photo by Alan Place/Fusionshooters)

Two U.S. Navy Blue Angels make a narrow pass past each other as they fly over boats on Lake Washington during the Seafair Air Show, Sunday, August 3, 2014, in Seattle. The races are part of Seattle's annual Seafair weekend. (Photo by Ted S. Warren/AP Photo) 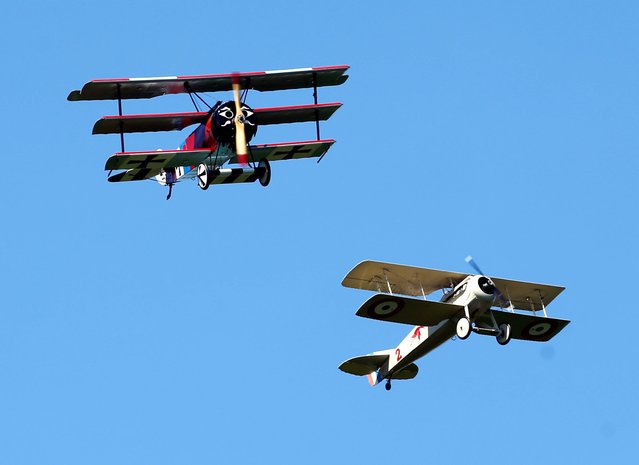