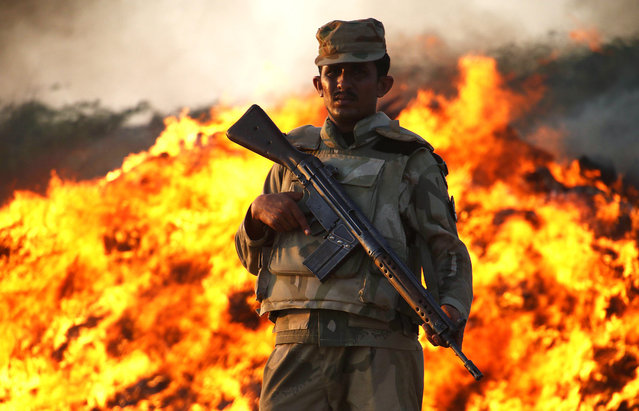 A member of the Pakistani security forces stands guard during the incineration of seized illegal drugs, in Karachi, Pakistan, October 15, 2015. (Photo by Shahzaib Akber/EPA) Flames from the Jerusalem Fire consume a sign containing addresses to homes along Morgan Valley Road in Lake County, California in this August 12, 2015 file photo. (Photo by Robert Galbraith/Reuters) 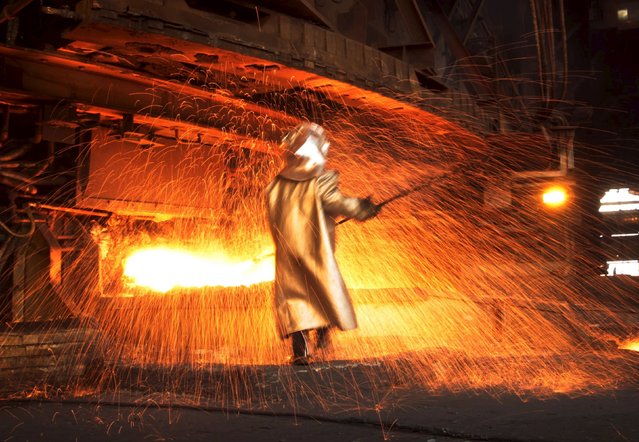 A worker processes nickel at a nickel smelter near Sorowako, Indonesia's Sulawesi island, in this January 8, 2014 file photo. (Photo by Yusuf Ahmad/Reuters) 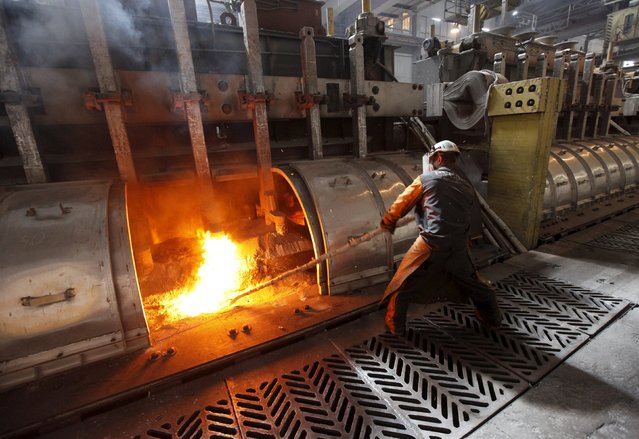 A worker operates an electrolysis furnace, which produces aluminium from raw materials, at the Rusal Krasnoyarsk aluminium smelter in the Siberian city of Krasnoyarsk, in this May 18, 2011 file photo. (Photo by Ilya Naymushin/Reuters) Firefighters work to extinguish a fire at a floating restaurant in Kiev, Ukraine November 25, 2015. (Photo by Reuters/Stringer) 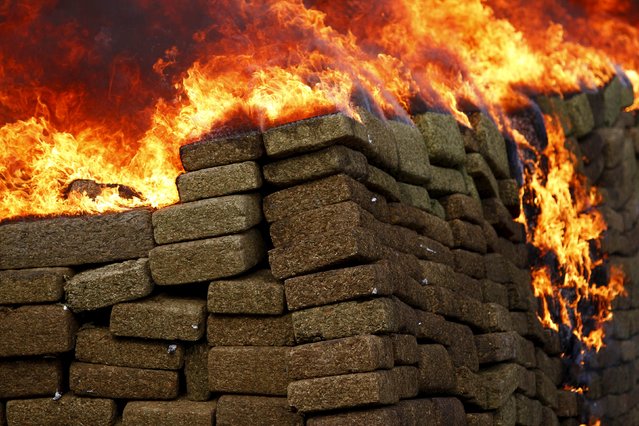 A pile of marijuana is being incinerated at a camp of the Mexican Army's 28th infantry battalion in Tijuana, Mexico, November 27, 2015. Around 18 tonnes of marijuana and over one tonne of methamphetamine were incinerated after being confiscated in different operations, according to local media. (Photo by Jorge Duenes/Reuters) 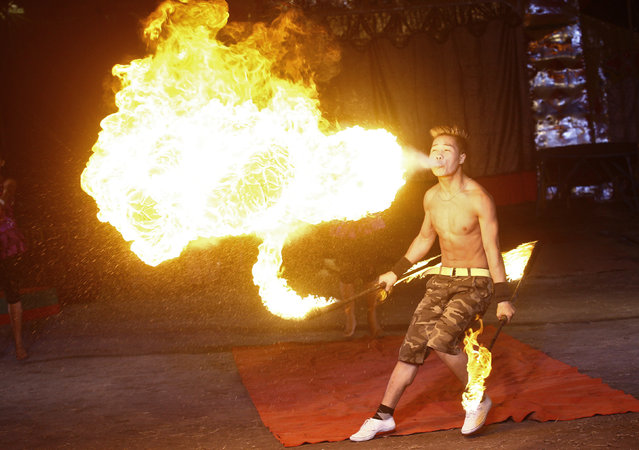 An artist performs a fire stunt during a special preview as part of Christmas celebrations at the Ajanta circus in Kolkata, India, December 17, 2015. (Photo by Rupak De Chowdhuri/Reuters) 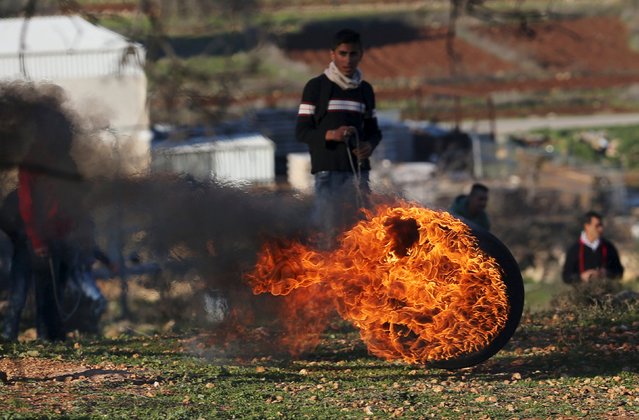 A Palestinian protester stands behind a burning tyre during clashes with Israeli troops, near Israel's Ofer Prison near the West Bank city of Ramallah December 25, 2015. (Photo by Mohamad Torokman/Reuters) 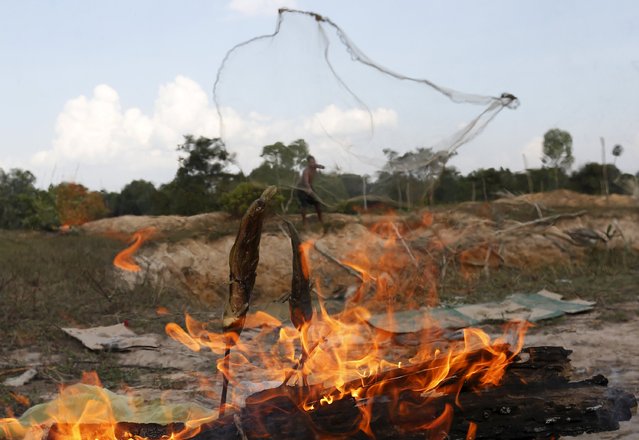 Fish are burned as a man casts a fishing net into a pond at a rice paddy field in Kampong Chhnang province, Cambodia, January 10, 2016. (Photo by Samrang Pring/Reuters) 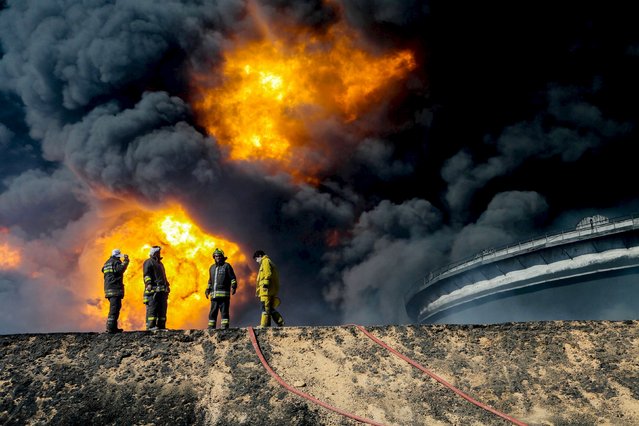 Firefighters try to put out the fire in an oil tank in the port of Es Sider, in Ras Lanuf, Libya, in this file picture taken January 6, 2016. (Photo by Reuters/Stringer) 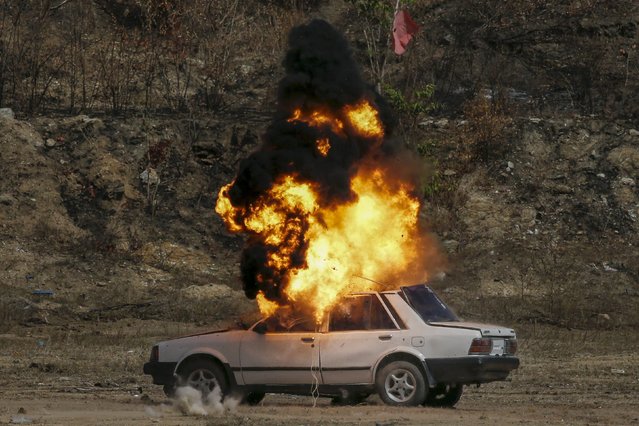 A vehicle is blown up during a course on blast scene investigation near Hua Hin, Thailand January 17, 2016. (Photo by Jorge Silva/Reuters) 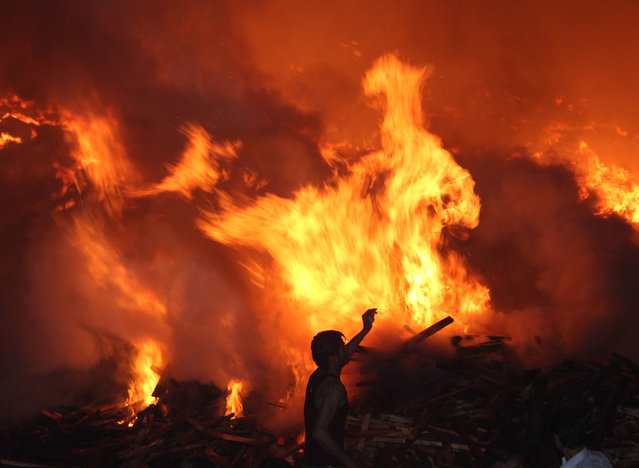 Firefighters battle a blaze in slums behind an industrial area at Bazar Khala in Uttar Pradesh, India on November 13, 2015. (Photo by Azam Husain/Barcroft India) 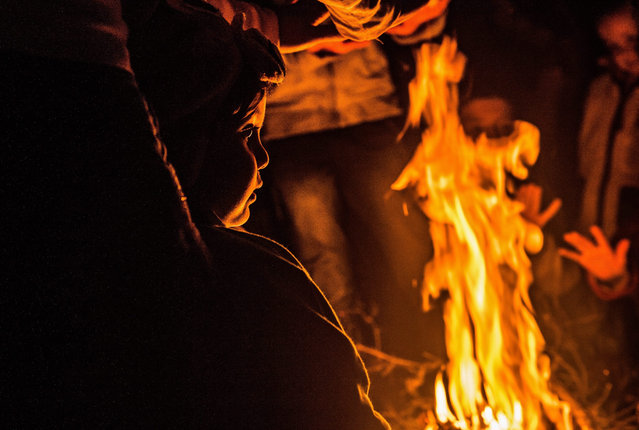 Afghan refugees warm themselves around a fire after arriving at the coast near Skala Sikaminias, Lesbos island, Greece, 04 October 2015. (Photo by Filip Singer/EPA) 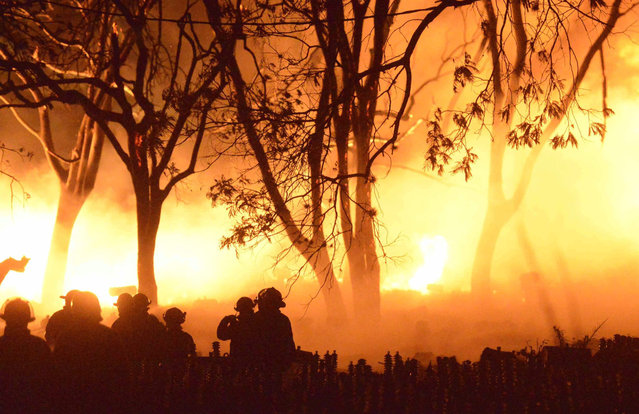 Paraguayan firefighters try to extinguish a fire in a building in the Laurel neighborhood, of San Lorenzo, near Asuncion, Paraguay, 14 October 2015. (Photo by EPA/Stringer) 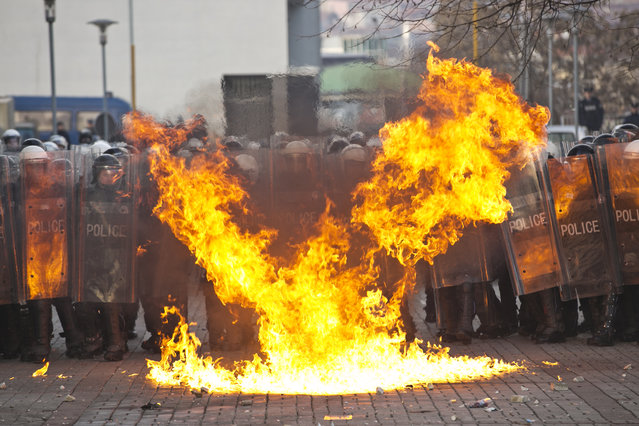 Supporters of the opposition throw molotov cocktail at Kosovo police forces guarding the government building in Kosovo capital Pristina on Saturday, January 9, 2016. A government building was set on fire in Pristina on Saturday as supporters of Kosovo's main opposition parties gathered during a rally organised as part of their continued attempts to bring down the government. Security forces used tear gas to push back protesters. (Photo by Visar Kryeziu/AP Photo) A pilot inflates a hot air balloon while taking part in the 38th International Balloon Festival of Chateau-d'oex, Switzerland, 23 January 2016. The festival takes place from 23 to 31 January. (Photo by Vincent Vannay/EPA) 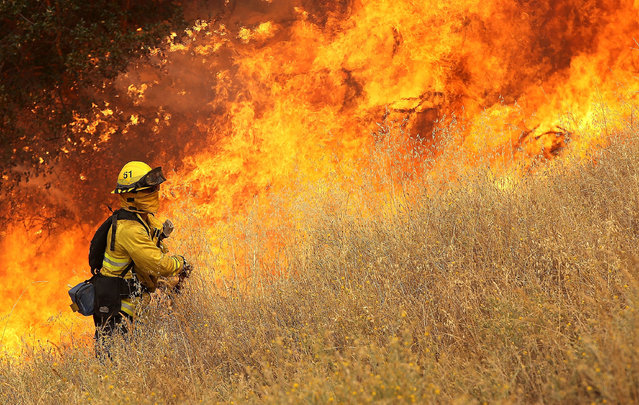 A firefighter from Windsor, California, walks next to a wall of flames as he starts a back fire in tall dry grass while battling the Rocky Fire on July 30, 2015 in Lower Lake, California. (Photo by Justin Sullivan/Getty Images) 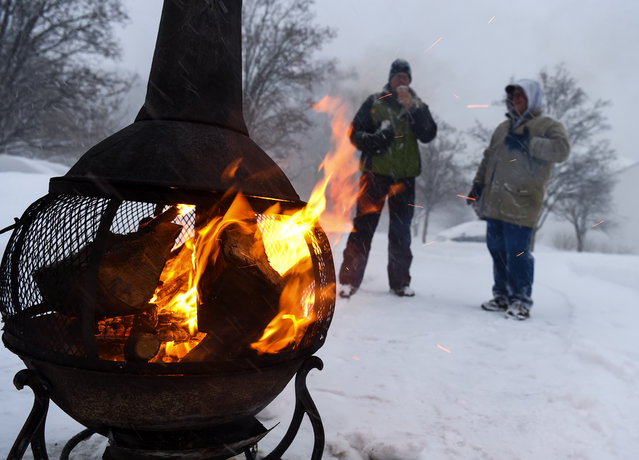 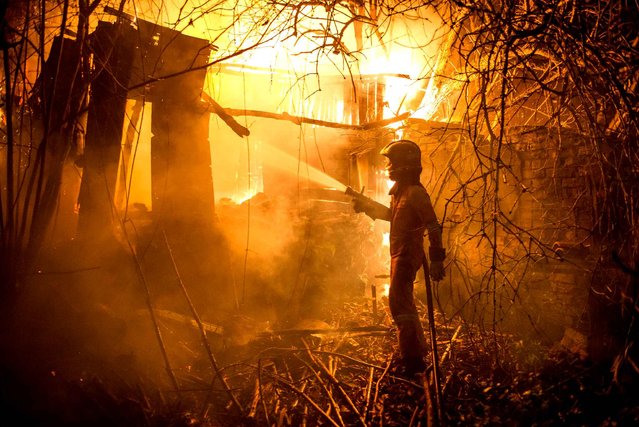