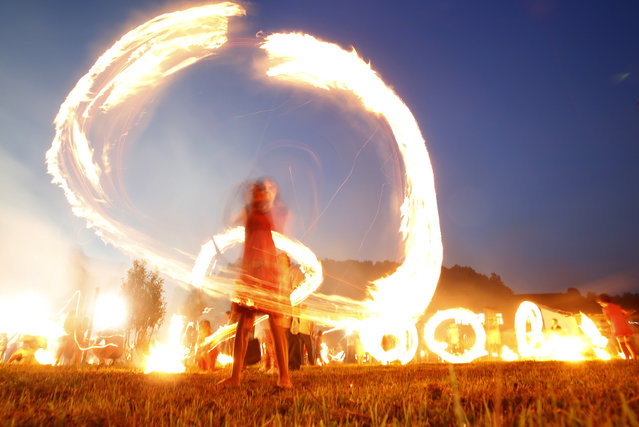 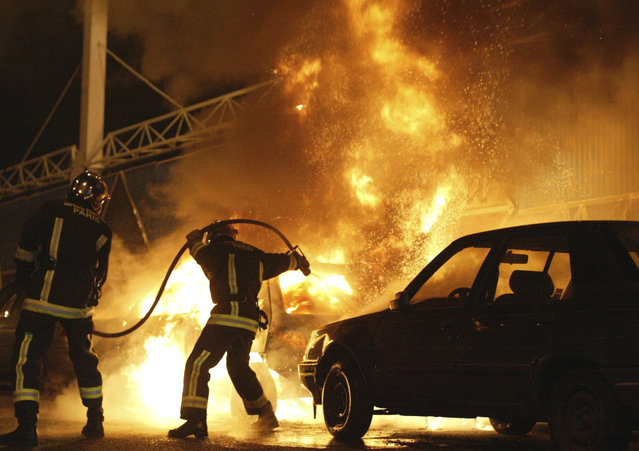 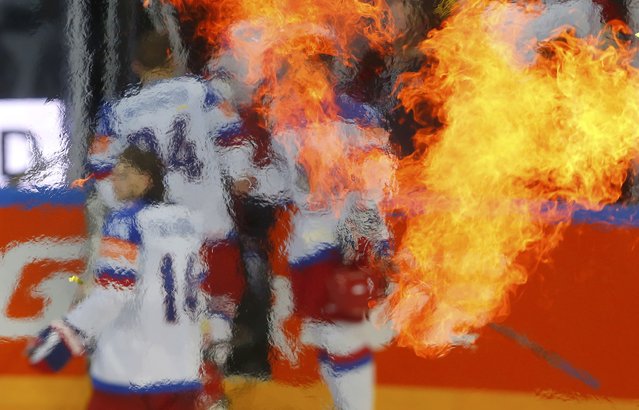 Russian players are seen through the haze of flames as they leave the rink after losing their Ice Hockey World Championship final game against Canada at the O2 arena in Prague, Czech Republic May 17, 2015. (Photo by Laszlo Balogh/Reuters) 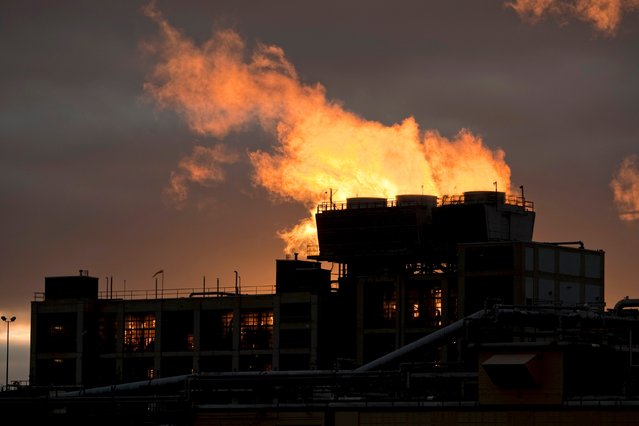 The Eastman Business Park is pictured in Rochester, New York, in this December 23, 2011 file photo. (Photo by Adam Fenster/Reuters) 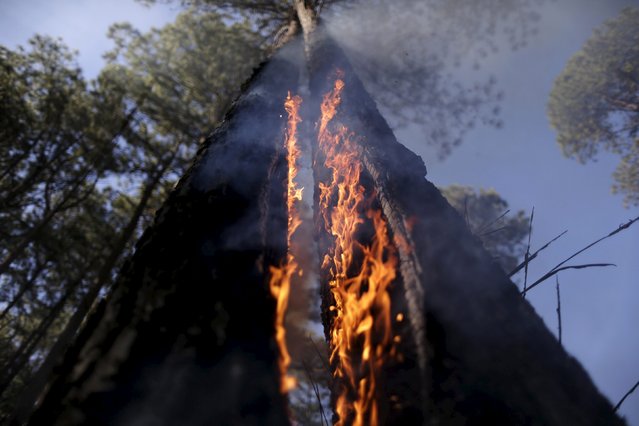 A tree on fire is seen as wildfires blaze near the Paranoa neighbourhood in Brasilia July 29, 2015. Drought, high temperatures and low humidity in areas have caused wildfires to start in several places in Brasilia, according to officials. (Photo by Ueslei Marcelino/Reuters) 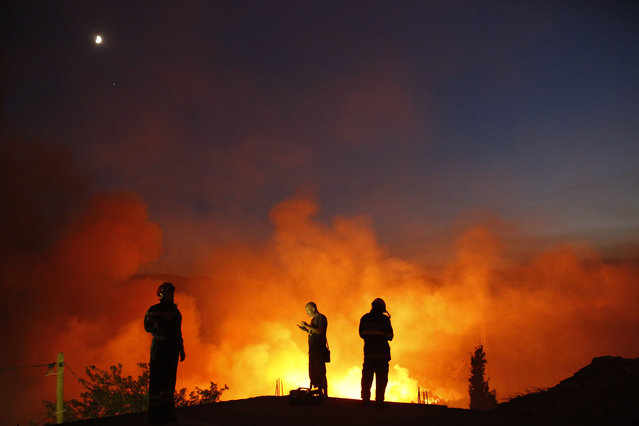 Croatian fire workers try to control a large forest fire in the village of Ponikve on the Peljesec peninsula in southern part of Croatia, Thursday July 23, 2015. (Photo by Amel Emric/AP Photo) 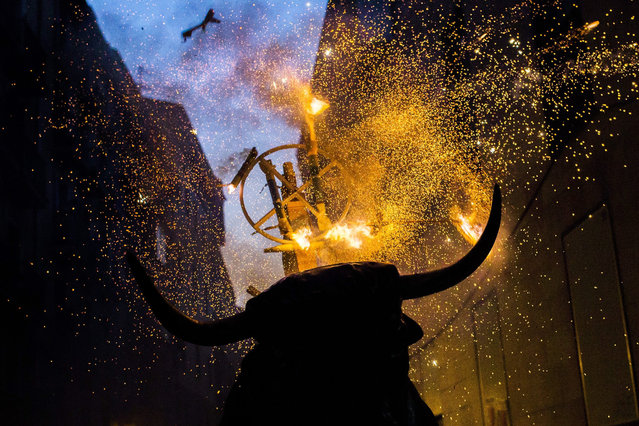 A flaming fake bull known as a “Toro de fuego” runs after revelers during San Fermin festival in Pamplona, Spain, Monday, July 13, 2015. Revelers from around the world arrive in Pamplona every year to take part in some of the eight days of the running of the bulls. (Photo by Andres Kudacki/AP Photo) 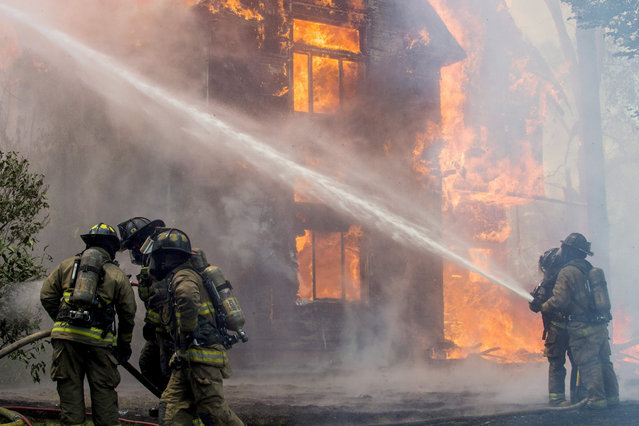 Flint firefighters cool the side of a neighboring home, which eventually caught on fire, as they battle a raging blaze that spans two homes on Wednesday, July 22, 2015 just north of downtown in Flint, Mich. (Photo by Jake May/The Flint Journal-MLive.com via AP Photo) 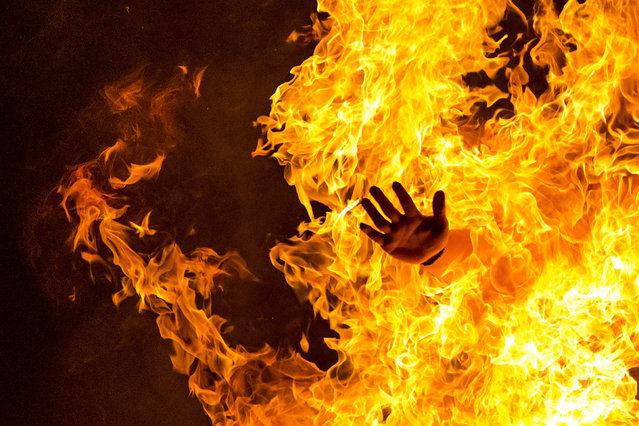 A reveler jumps over a bonfire during the night of San Juan in Alcobendas near Madrid, Spain, Wednesday, June 24, 2015. The San Juan night coincides with the Summer solstice and it's the welcome to Summer. This celebration takes place during the shortest night of the year in almost all cities and towns of Spain. (Photo by Andres Kudacki/AP Photo) 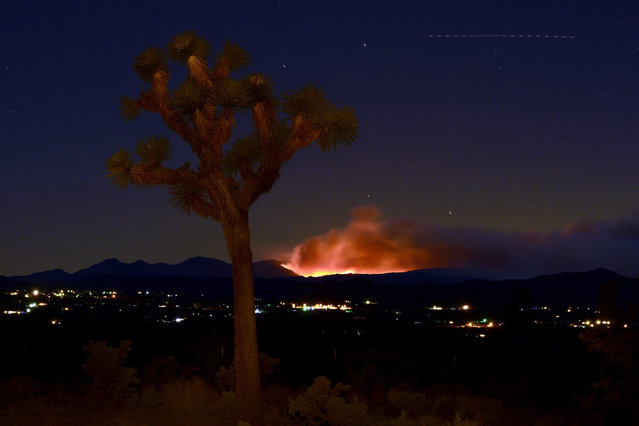 The Lake Fire can be seen burning in the San Bernardino Mountains near Landers, California, USA, 24 June 2015. The Lake Fire, burning now for a week, has charred over 30,000 acres and is expected to burn into July. (Photo by Paul Buck/EPA) 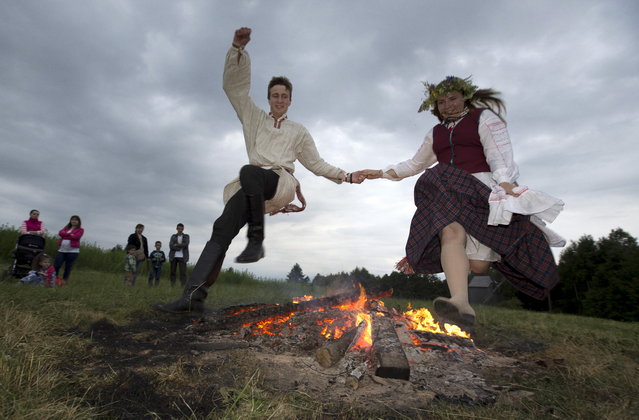 People jump over the campfire as they take part in the Ivan Kupala festival near the village of Ozertso, on the outskirts of Minsk, Belarus, June 20, 2015. The traditional festival celebrates the summer solstice with overnight festivities such as singing and dancing before jumping over campfires, which people believe will purge them of their sins and make them healthier. (Photo by Vasily Fedosenko/Reuters) 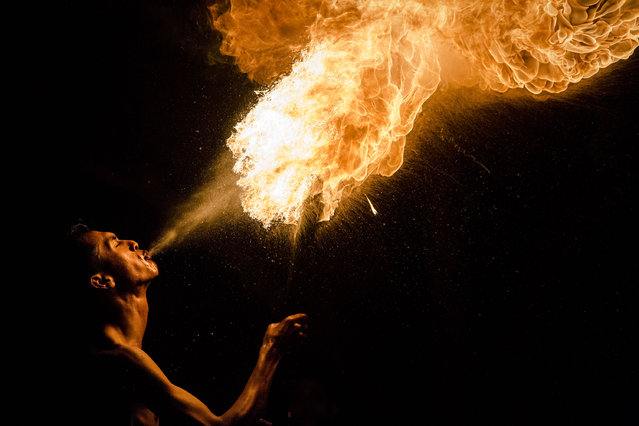 An Indonesian Muslim man breathes fire during a game of fire football, known as “bola api” ahead of Eid Al-Fitr celebrations on July 16, 2015 in Yogyakarta, Indonesia. (Photo by Ulet Ifansasti/Getty Images) 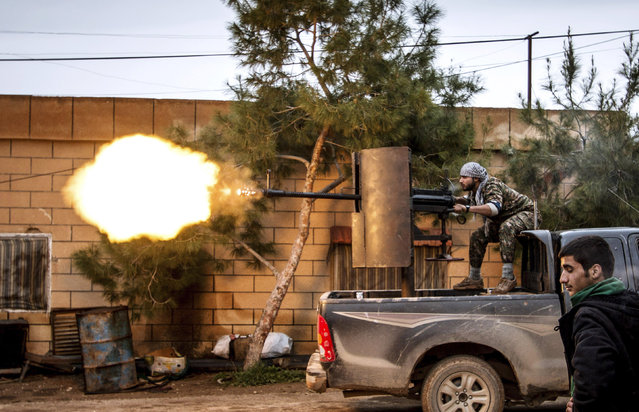 A fighter of the Kurdish People's Protection Units (YPG) fires an anti-aircraft weapon from Tel Tawil village in the direction of Islamic State fighters positioned in the countryside of the town of Tel Tamr, Syria, February 25, 2015. (Photo by Rodi Said/Reuters) 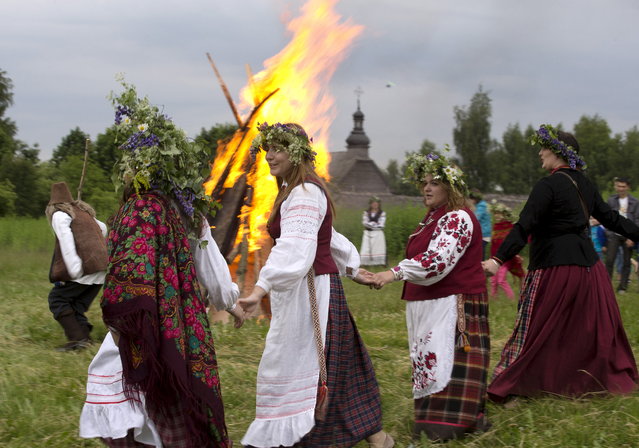 People take part in the Ivan Kupala festival near the village of Ozertso, on the outskirts of Minsk June 20, 2015. (Photo by Vasily Fedosenko/Reuters) 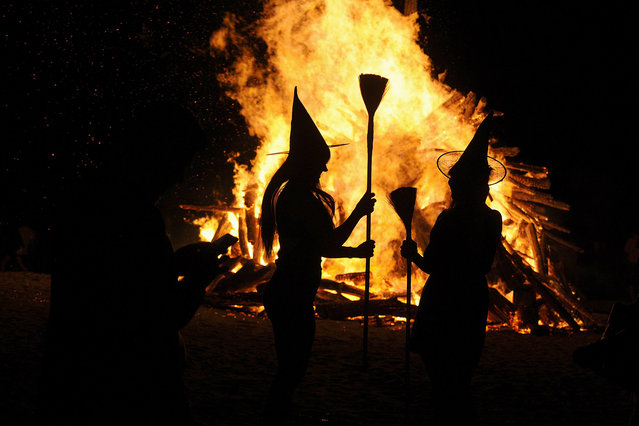 Two women dressed up as witches take pictures in front of the bonfire during the traditional San Juan's (Saint John) night on the beach in Gijon, northern Spain, June 24, 2015. Fires formed by burning unwanted furniture, old school books, wood and effigies of malign spirits are seen across Spain as people celebrate the night of San Juan, a purification ceremony coinciding with the summer solstice. (Photo by Eloy Alonso/Reuters) 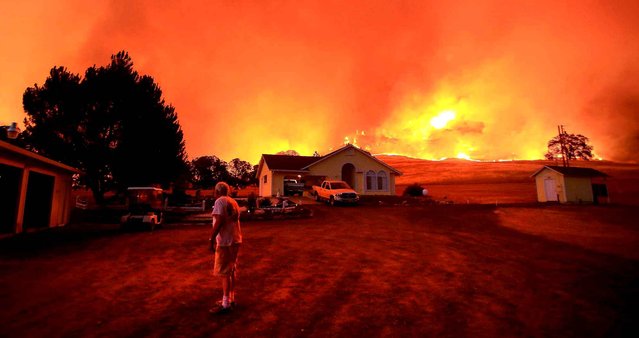