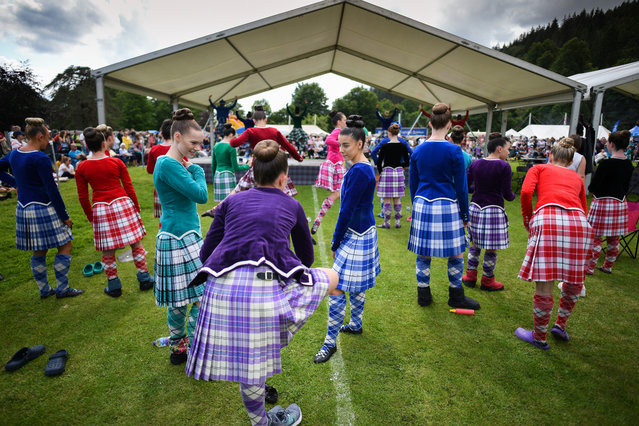 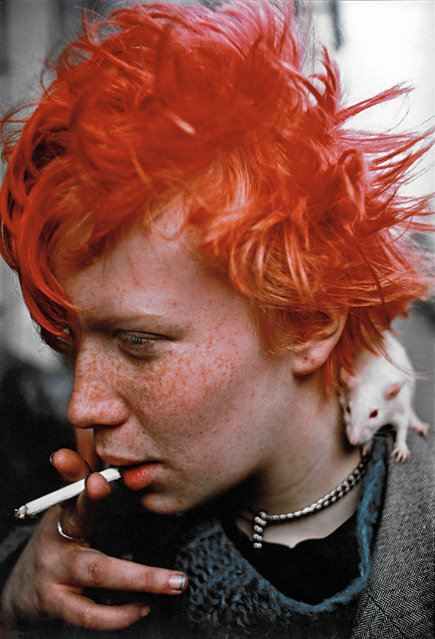 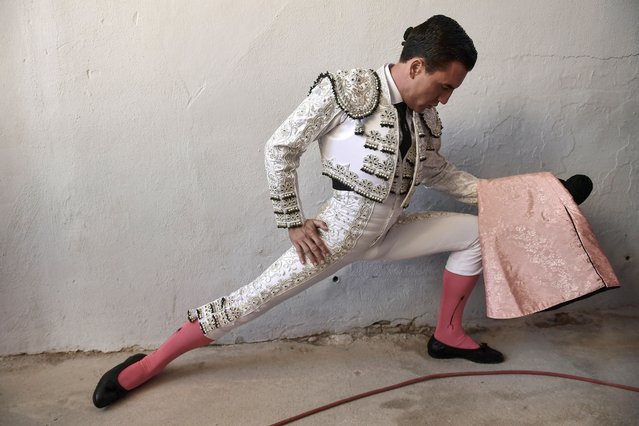 Spanish bullfighter Octavio Chacon warms up before entering the bullring at the San Fermin Festival in Pamplona, northern Spain, Sunday, July 14, 2018. Revelers from around the world flock to Pamplona every year to take part in the eight days of the running of the bulls, and say good bye today with the sing “Pobre de Mi” in the midnight. (Photo by Alvaro Barrientos/AP Photo) 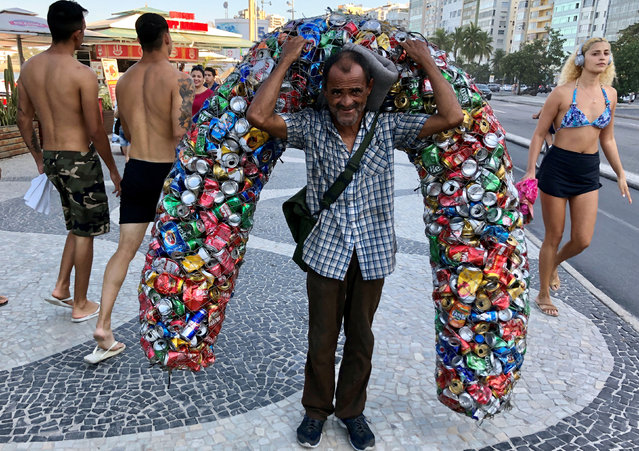 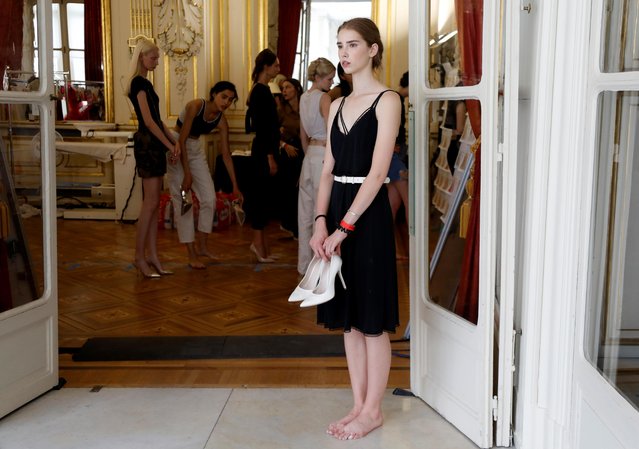 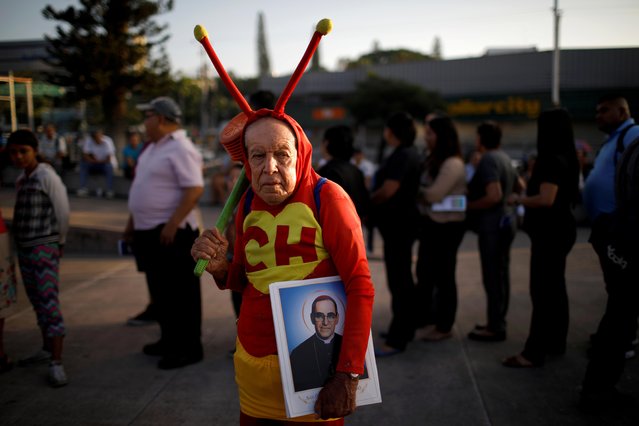 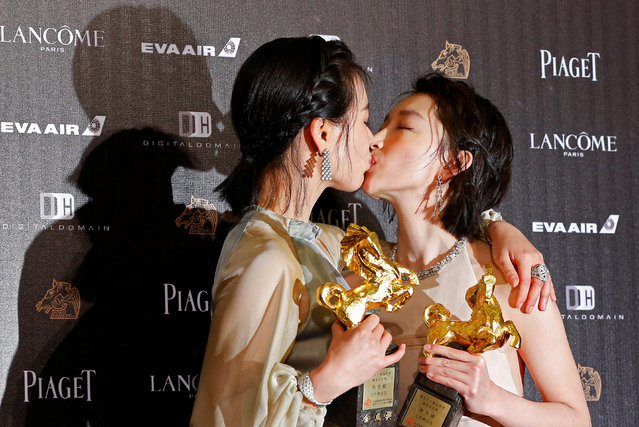 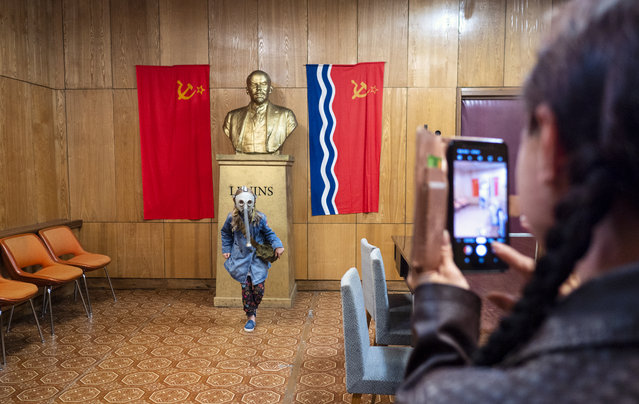 A woman takes a photo of her daughter in front of a bust of Lenin (whose name is spelled in the Latvian style: Lenins) in a 90-room underground nuclear bomb shelter enclosed in five meters of solid concrete, about 75 kilometers from Riga, which was created in 1982 for the Latvian Soviet Socialist Republic’s top communist leaders. Today the bunker is open for tourists to explore, though photography is forbidden in some rooms. (Photo by Amos Chapple/Radio Free Europe/Radio Liberty) 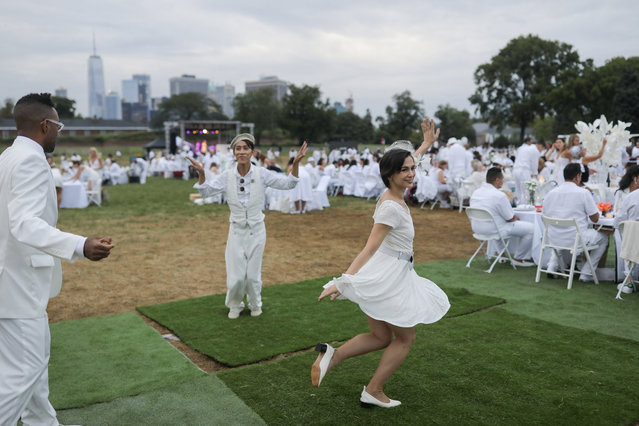 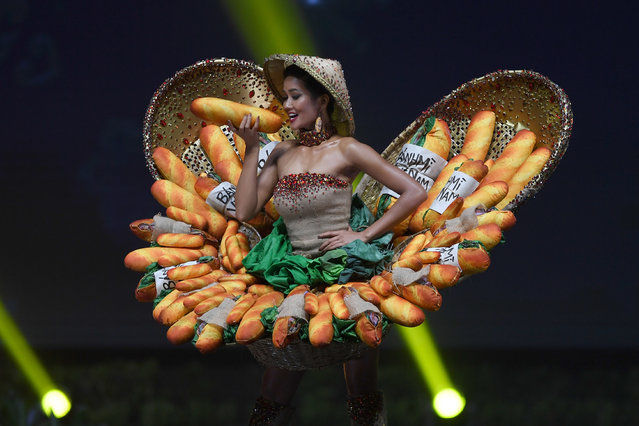 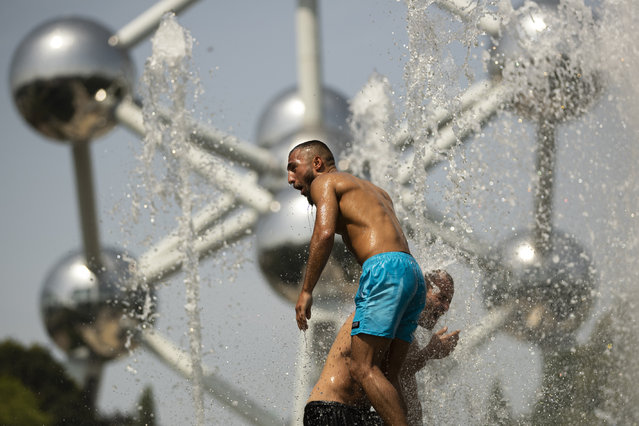 Two men cool off in a public fountain near the Atomium during a summer hot day in Brussels, Wednesday, July 24, 2019. Europeans are jumping into public fountains and the sea to keep cool as parts of Europe could see a record-breaking heat wave. (Photo by Francisco Seco/AP Photo) 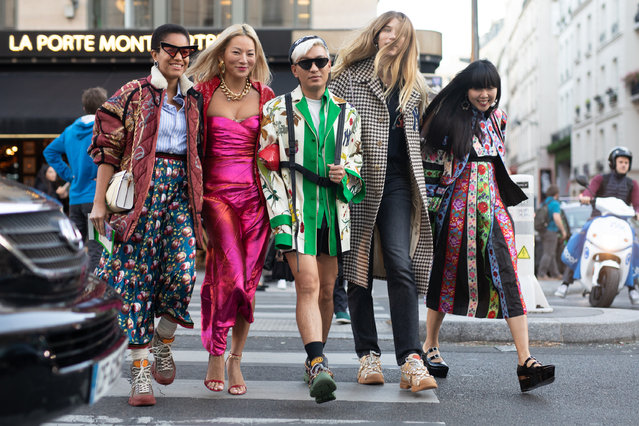 Guests are seen on the street during Paris Fashion Week SS19 wearing Gucci on September 24, 2018 in Paris, France. (Photo by Matthew Sperzel/Getty Images) 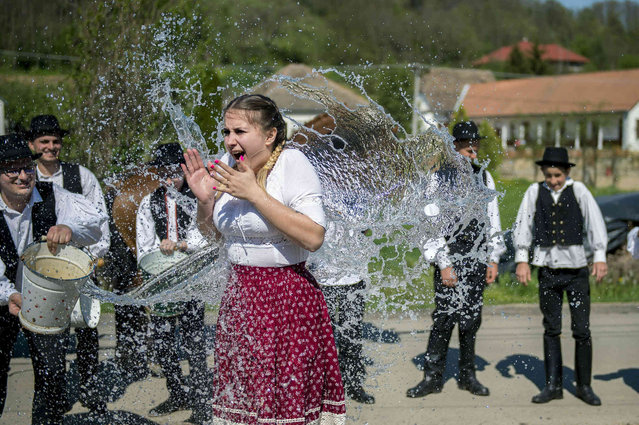 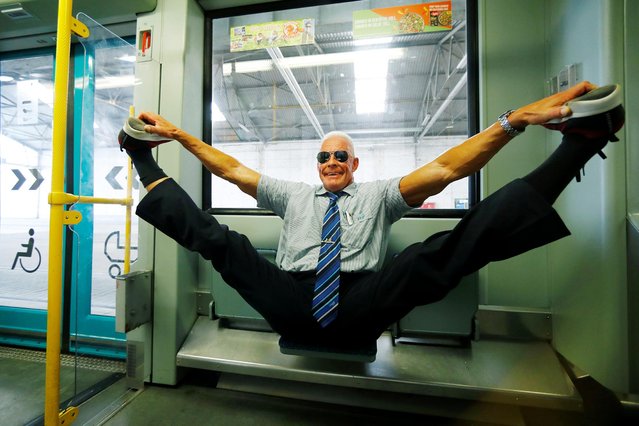 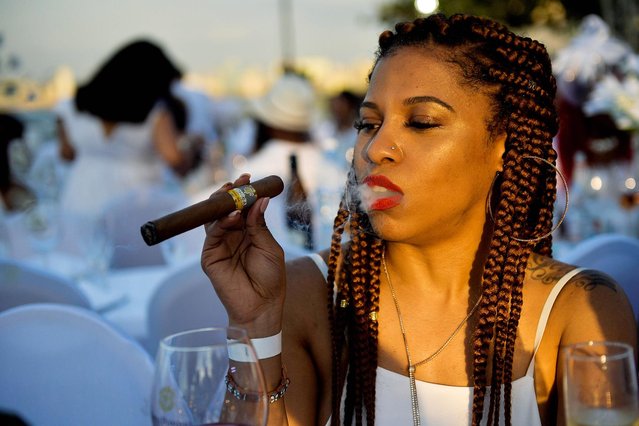 Guests in white costumes attend the “Diner en Blanc” event, at the Hotel Nacional in Havana on April 6, 2019. (Photo by Yamil Lage/AFP Photo) 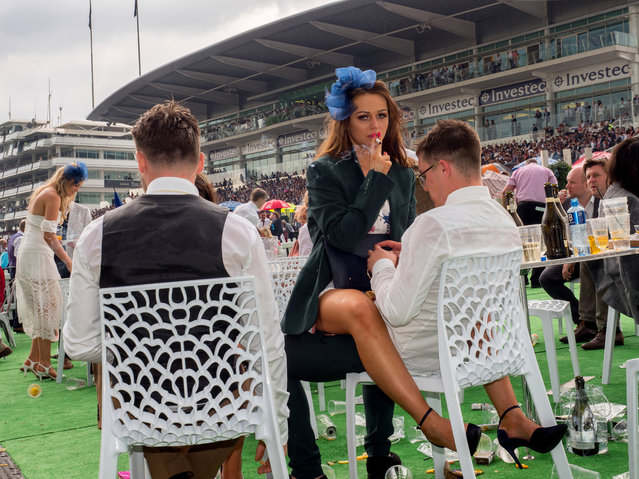 A young woman smokes a cigarette straddled across a man's lap on Ladies' Day at Epsom, England on June 2, 2017. Ladies' Day is traditionally held on the first Friday of June, a multitude of ladies and gents head to Epsom Downs Racecourse to experience a day full of high octane racing, music, glamour and fashion. (Photo by Peter Dench/Getty Images Reportage) 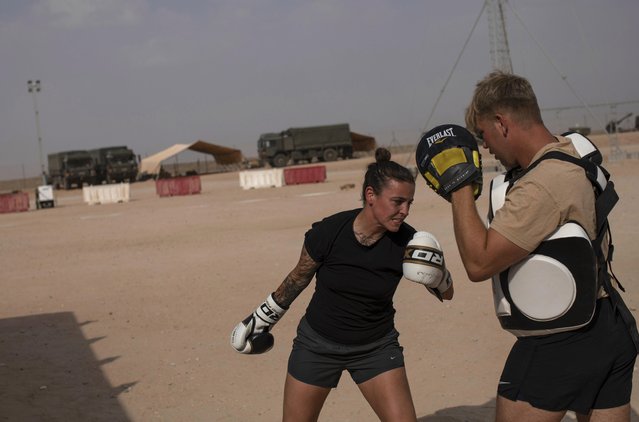 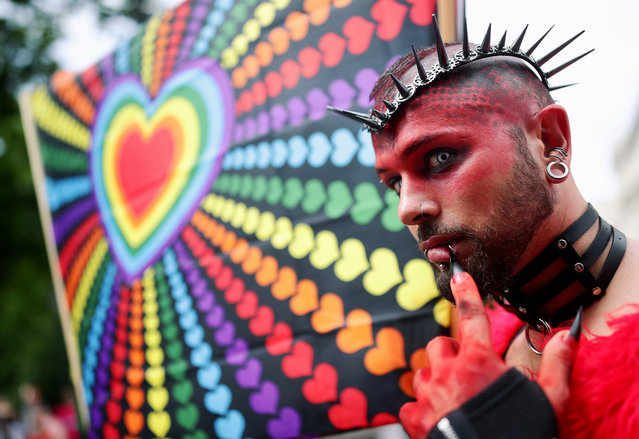 A reveller takes part in the LGBT Rainbow Parade during the EuroPride in Vienna, Austria June 15, 2019. (Photo by Lisi Niesner/Reuters) 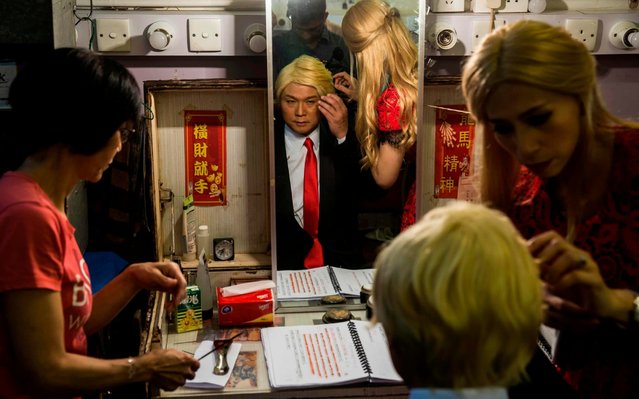 Actress Man Chan (R), dressed as Ivanka Trump, helps actor Loong Koon-tin (C), changes into US President Donald Trump back stage during a rehearsal of a Cantonese opera called “Trump on Show” in Hong Kong on April 11, 2019. In this absurd drama dubbed the “Trump on Show”, audiences will experience a fantastical mish-mash of current and historic events from the US President Donald Trump's meeting with North Korean leader Kim Jong Un to a fictional meeting with late Chinese leader Mao Zedong. (Photo by Isaac Lawrence/AFP Photo) 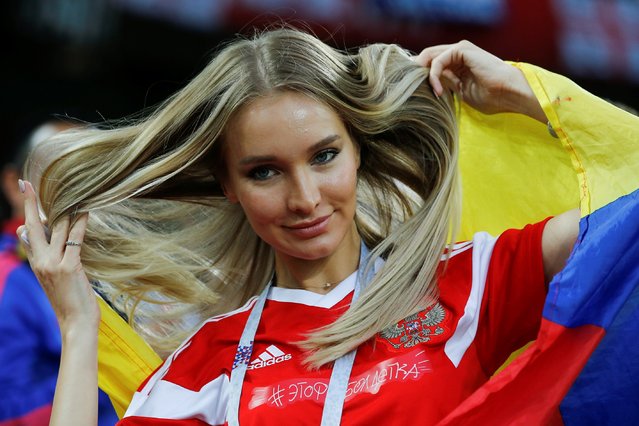