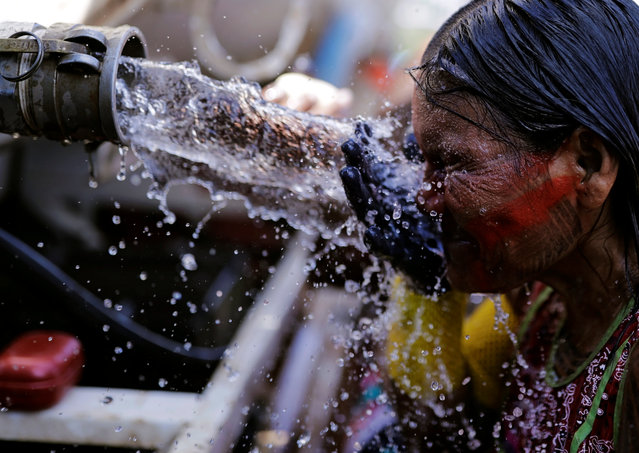 An indigenous woman from the Kayapo tribe washes her face near a water tanker at the Terra Livre camp, or Free Land camp, during a protest to defend indigenous land and cultural rights that the demonstrators say are threatened by the right-wing government of Brazil's President Jair Bolsonaro, in Brasilia, Brazil, April 24, 2019. (Photo by Nacho Doce/Reuters) 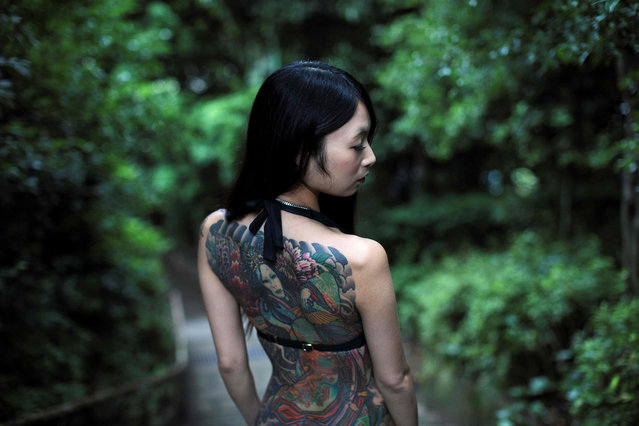 In this picture taken on June 12, 2018, Japanese model Yuki displays her tattoos as she poses for a photo at a park in Tokyo. Tattoos still provoke deep-rooted suspicion in Japan as the country prepares to host the 2020 Tokyo Olympics. People with body ink are refused entry to public swimming pools, bathing spots, beaches and often gyms, while visible body art can be harmful to job prospects. (Photo by Behrouz Mehri/AFP Photo) 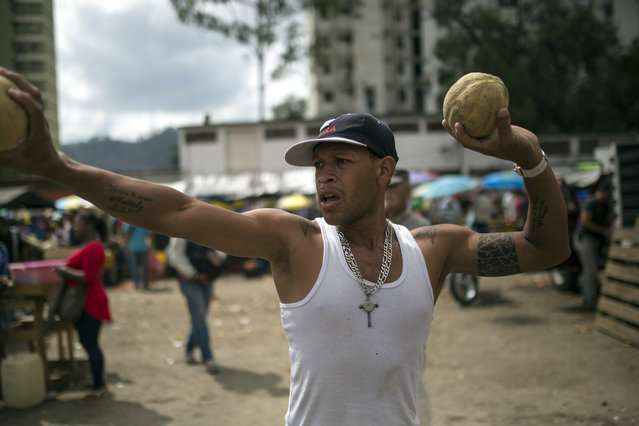 A vendor hawks melons at the Coche Market in Caracas, Venezuela, Thursday, May 2, 2019. The bustling open-air market in Caracas came back to life after violent unrest shook Venezuela amid a power struggle that left at least four dead. (Photo by Rodrigo Abd/AP Photo) 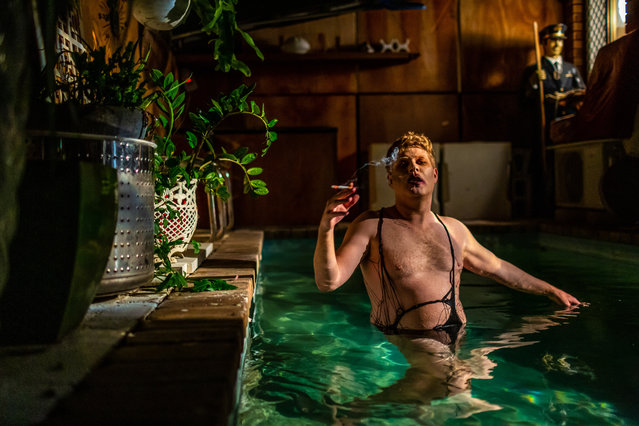 “After the Show”. “Ash is a performer by night and makeup artist by day. He loves the quiet space after a show, at home, in his pool while smoking a cig. This image is part of a series I captured with Ash for a photographic essay titled, The Otherside of Drag”. (Photo by Jason Thomas/Moran Contemporary Photographic Prize 2019) 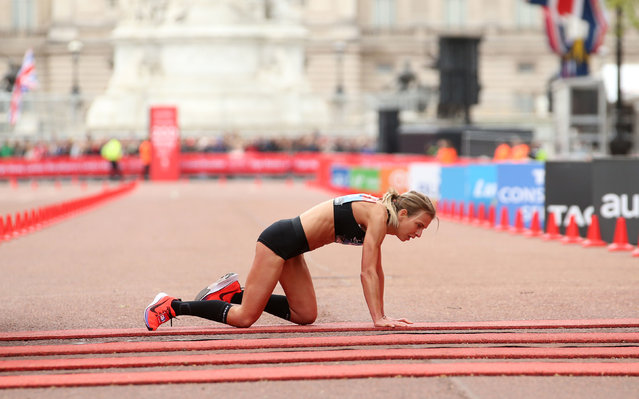 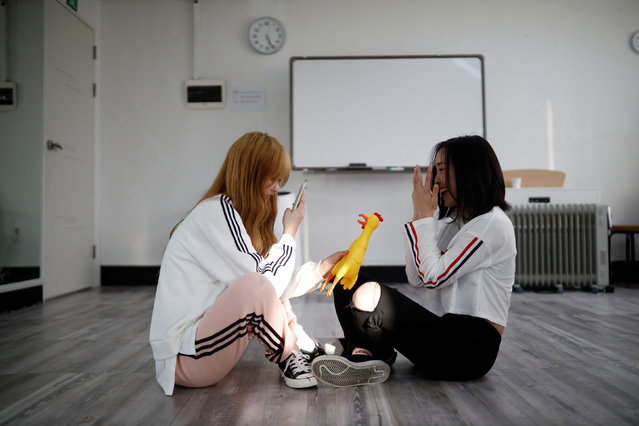 Japanese Yuho Wakamatsu, 15, who wants to become a K-pop star, takes photographs of Japanese Yuuka Hasumi, 17, during a training session in Seoul, South Korea, March 12, 2019. Hasumi put high school in Japan on hold and flew to South Korea in February to try her chances at becoming a K-pop star, even if that means long hours of vocal and dance training, no privacy, no boyfriend, and even no phone. “It is tough”, Hasumi said. “Going through a strict training and taking my skill to a higher level to a perfect stage, I think that's when it is good to make a debut”. (Photo by Kim Hong-Ji/Reuters) 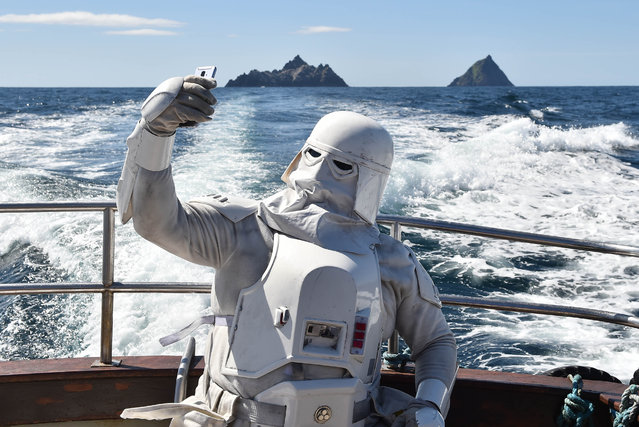 A member of the 501st Garrison dressed as a snowtrooper takes a selfie as he sails around Skellig Michael on May 4, 2019 in Portmagee, Ireland. The latest Star Wars movies such as The Last Jedi have featured the famous Skellig Michael islands situated off the coast of the small Irish fishing village. The May the Fourth Star Wars festival is taking place in the small County Kerry village for the second year running as millions of fans worldwide celebrate the science fiction series. The quiet coastal setting has seen a sharp rise in the number of tourists and fans visiting the area. (Photo by Charles McQuillan/Getty Images) 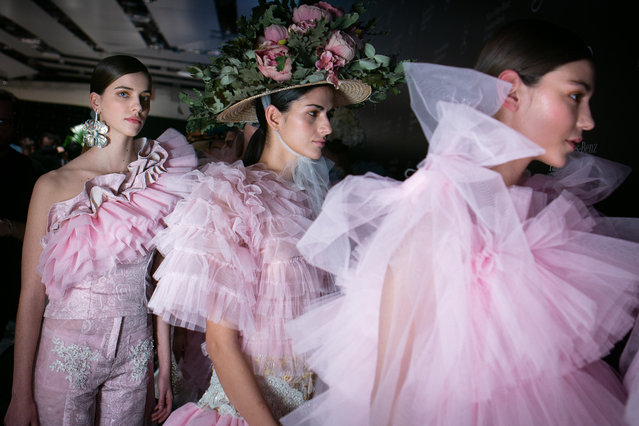 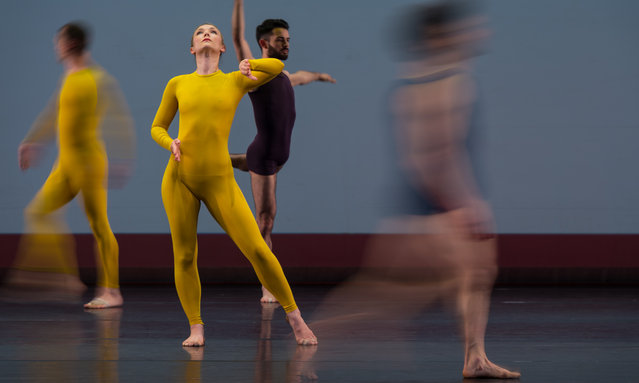 Dancers perform on stage during the “Night Of 100 Solos” photocall at Barbican Theatre on April 15, 2019 in London, England. (Photo by Ian Gavan/Getty Images) 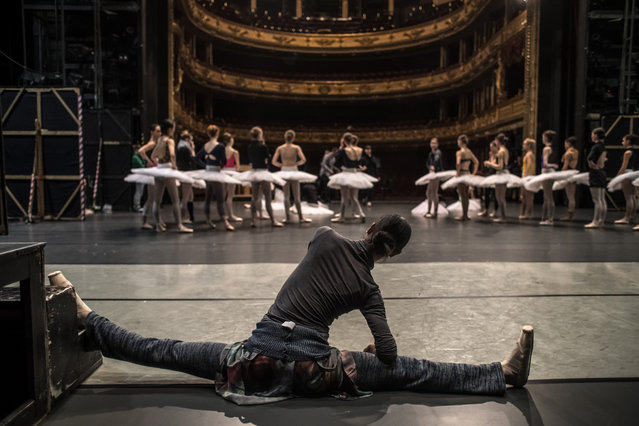 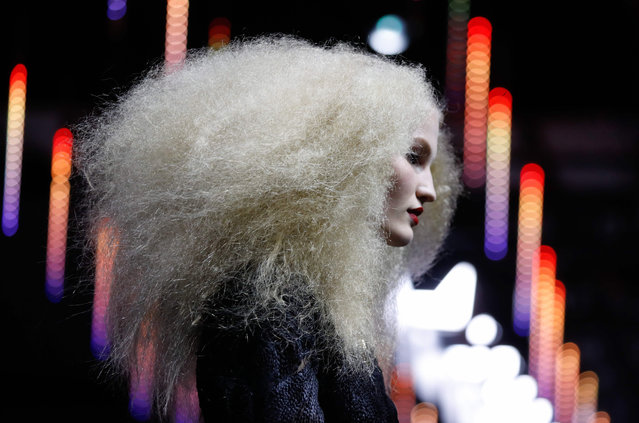 A model presents a creation for L'Oreal during the “La French – Art Of Hair Coloring” show on March 24, 2019 in Paris. (Photo by François Guillot/AFP Photo) 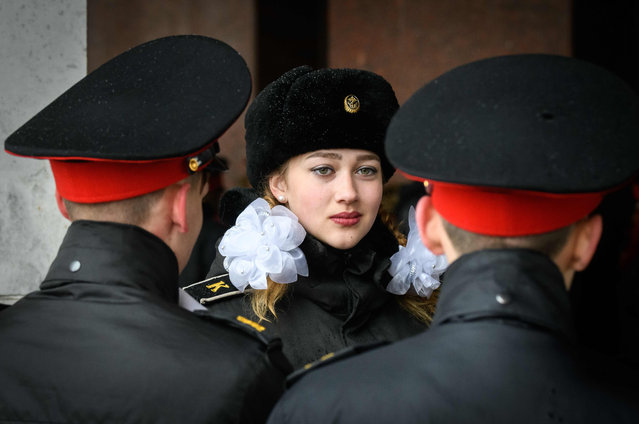 A Russian female cadet talks to her schoolmates during the annual cadet schools get-together in Moscow on March 29, 2019. (Photo by Mladen Antonov/AFP Photo) 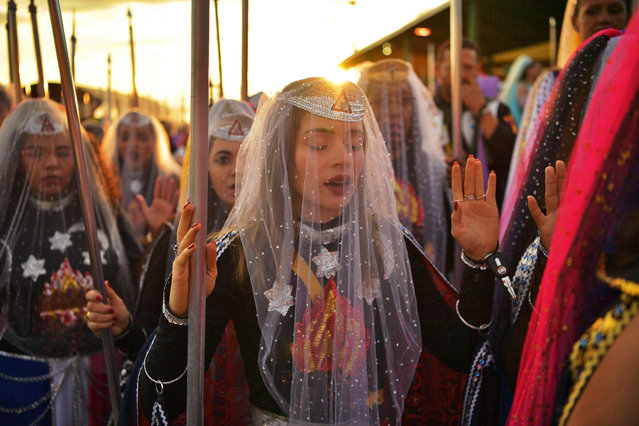 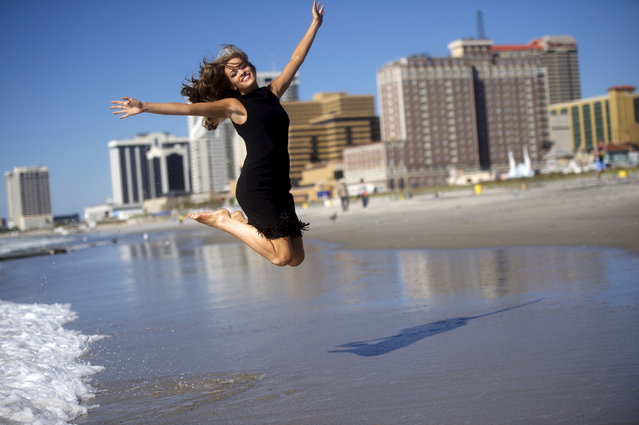 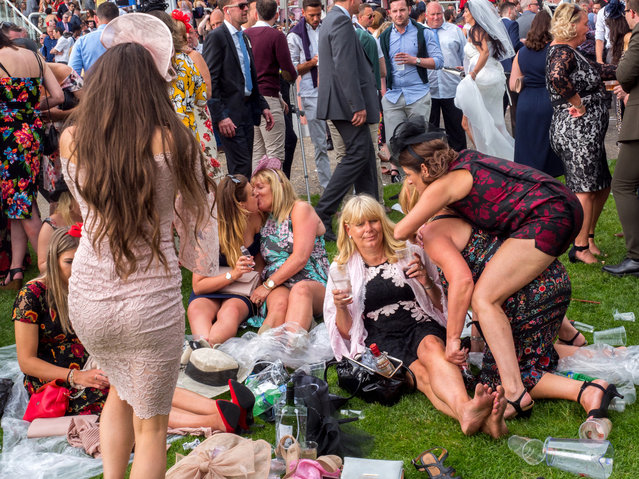