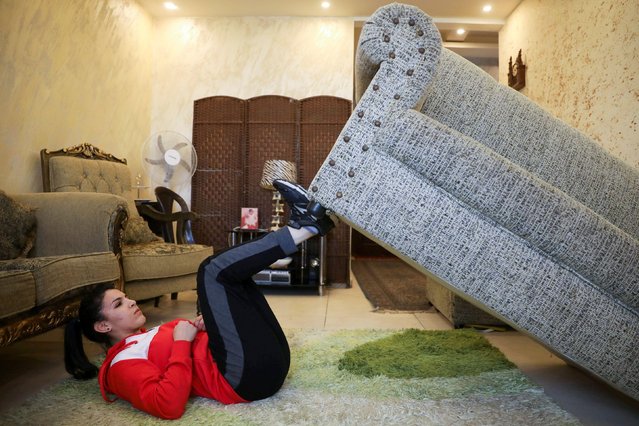 Hadeel Alami, a Jordanian judo practitioner, uses the sofa as a part of her trainings at her home during the curfew imposed by the government amid concerns over the spread of the coronavirus disease (COVID-19), in Amman, Jordan, April 9, 2020. (Photo by Muhammad Hamed/Reuters) 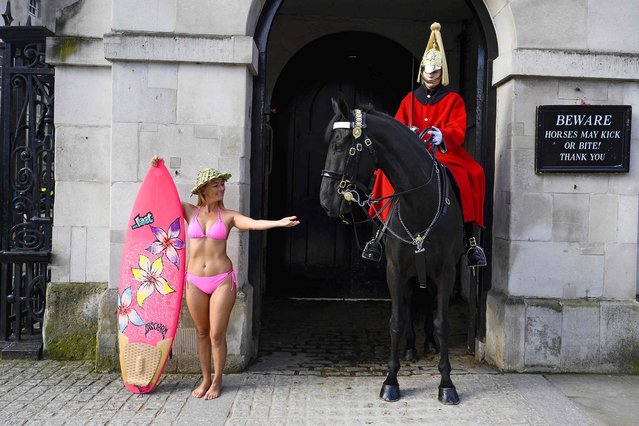 Hawaiian “protest surfer” Alison Teal stands with her surfboard by a Horse Guard during a visit to London on March 6, 2020, to raise awareness on the need to combat climate change. Alison Teal, after tackling wastewater in Mexico, paddling the River Seine in Paris and a garbage island in the Maldives, travels the world with her pink “eco-friendly” surfboard to raise awareness about the environment. (Photo by Olivier Morin/AFP Photo) 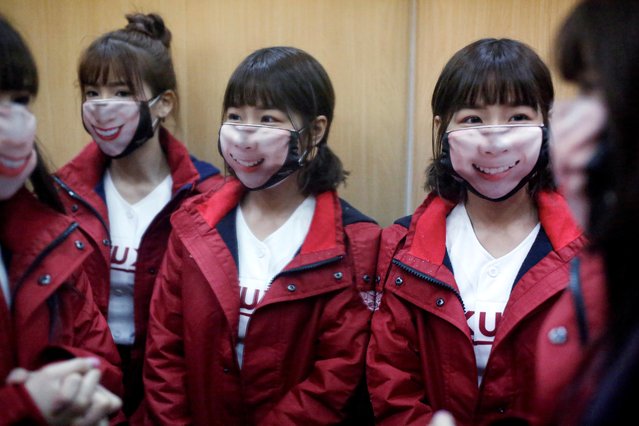 Cheerleaders wearing face masks due to the outbreak of the coronavirus disease (COVID-19) are seen at the first professional baseball league game of the season at Taoyuan International baseball stadium in Taoyuan city, Taiwan, April 11, 2020. (Photo by Ann Wang/Reuters) 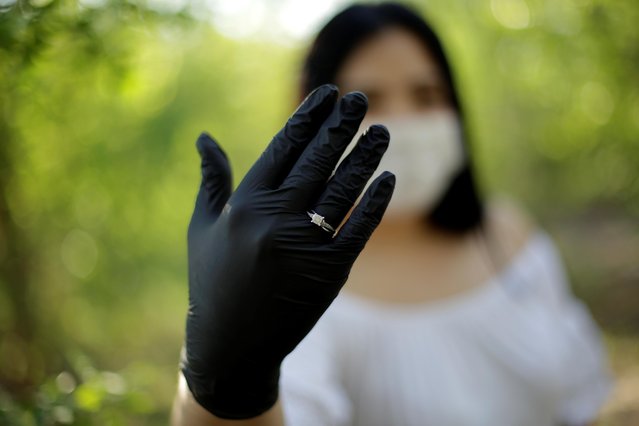 Mexican bride Gabriela Delgado shows her engagement ring during a photoshoot after her wedding was postponed due the spread of the coronavirus disease (COVID-19), in Ciudad Juarez, Mexico on April 10, 2020. (Photo by Jose Luis Gonzalez/Reuters) 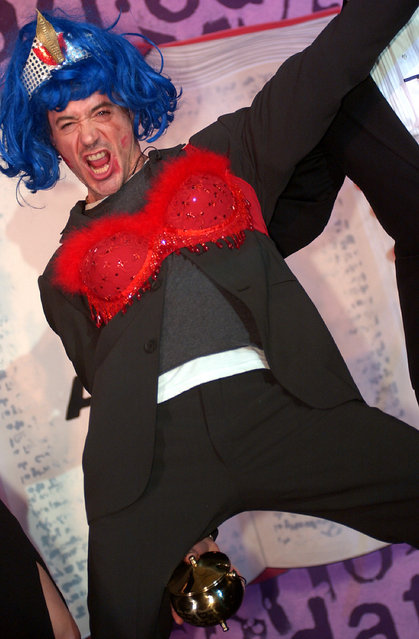 Hasty Pudding Theatricals Man of the Year, Robert Downey Jr., gestures while in drag after his roast at the Hasty Pudding Theater February 19, 2004 in Cambridge, Massachusetts. Downey, the 38th recipient of the annual award, joked about being the only convicted felon to have ever won the prestigious award which was also presented to Film Director Martin Scorsese in 2003. (Photo By Douglas McFadd/Getty Images) 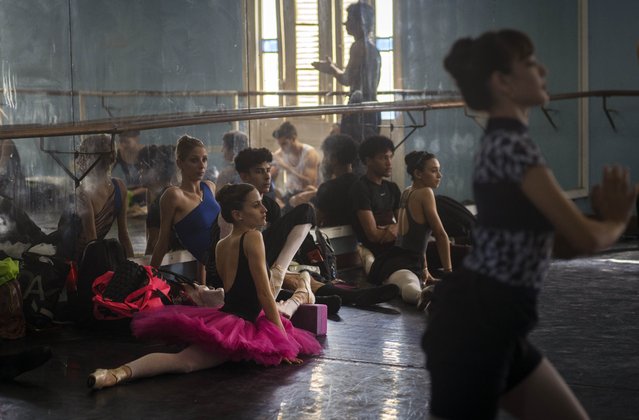 Members of the national ballet of Cuba stretch while they watch a practice directed by Viengsay Valdes in Havana, Cuba, Thursday, December 12, 2019. Valdes, the new head of Cuba's legendary National Ballet, says she hopes to renew the institution after the death of long-time director Alicia Alonso by introducing new choreography and appearances by dancers who have emigrated to other companies. (Photo by Ramon Espinosa/AP Photo) 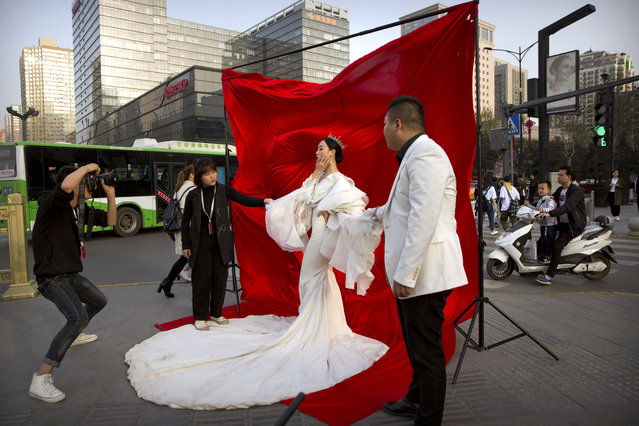 In this March 28, 2019, file photo a woman in wedding attire poses for a photo portrait along a busy street in Xi'an in northwestern China's Shaanxi Province. One of the ancient capitals of China, Xi'an is home to the world-renowned Terracotta Warriors. Chinese leaders have long been sensitive about their communist country’s international image. Now, they are battling back, investing in diplomacy and a courtship of hearts and minds, just as the United States digs in on the Trump administration’s “America First” mindset. (Photo by Mark Schiefelbein/AP Photo/File) 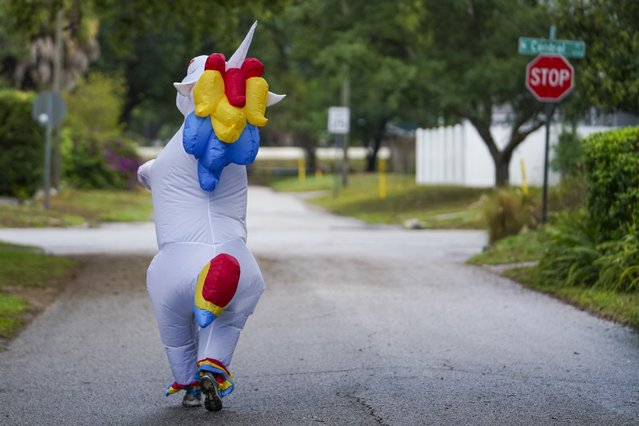 Corey Jurgensen has been wearing an inflatable unicorn costume during runs several times a week to cheer up others during this time of isolation but finds it therapeutic for herself as well to run through her Seminole Heights neighborhood wearing a costume, Thursday, April 16, 2020 in Tampa, Fla. (Photo by Martha Asencio Rhine/Tampa Bay Times via AP Photo) 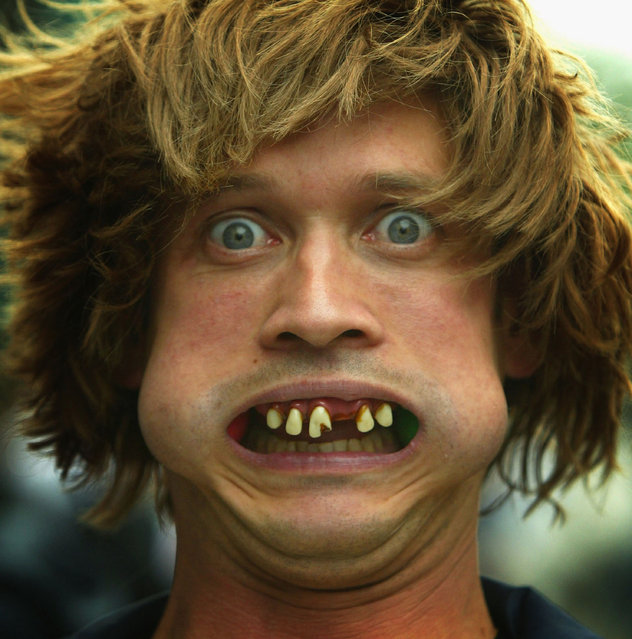 Comedy actor Steve Royle of Slaughterhouse performs for crowds on the Royal Mile as street performers and show promoters haunt the streets of Edinburgh's Old Town, desperate to draw crowds to one of hundreds of performances taking place in the city as part of the annual Fringe Festival August 10, 2004 in Edinburgh, Scotland. Theatre goers from around the globe descend on the city, whose population doubles for the duration of the month-long festival, with performances taking place in every available venue. (Photo by Christopher Furlong/Getty Images) 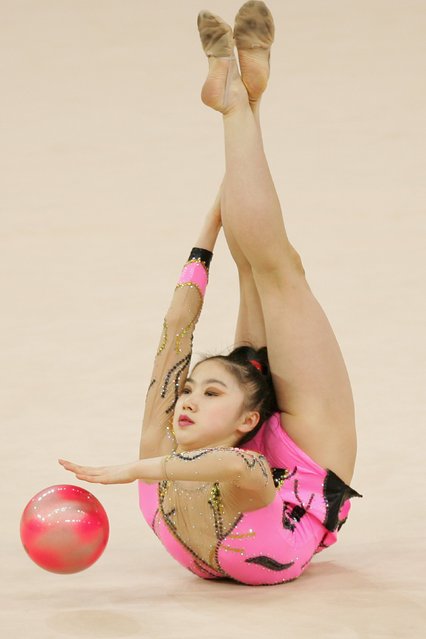 Xiao Yiming of China competes in the Rhythmic Gymnastics Individual All-Around Final during the 15th Asian Games Doha 2006 at Aspire Hall on December 10, 2006 in Doha, Qatar. (Photo by Julian Finney/Getty Images for DAGOC) 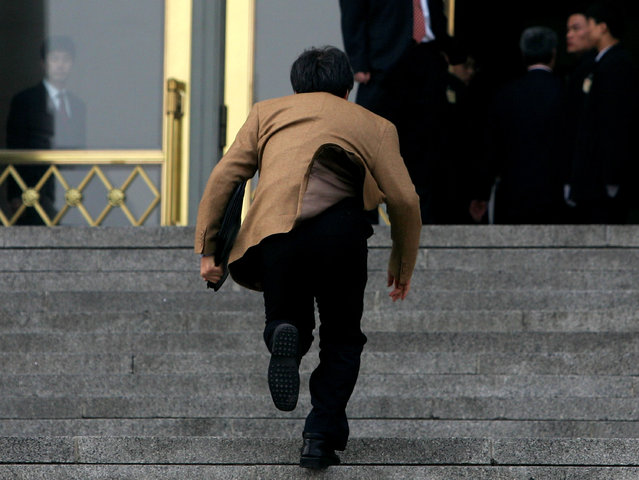 A delegate runs to the Great Hall of the People for the fourth plenary session of the National People's Congress, or parliament, on March 13, 2007 in Beijing, China. Supreme People's Court President Xiao Yang and Procurator-general Jia Chunwang delivered their work reports during the session. (Photo by Guang Niu/Getty Images) 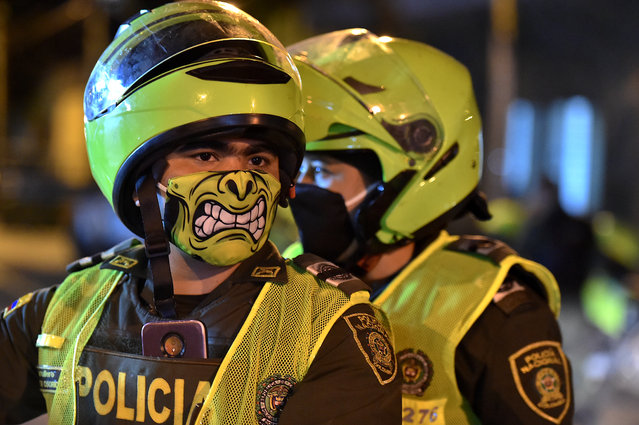 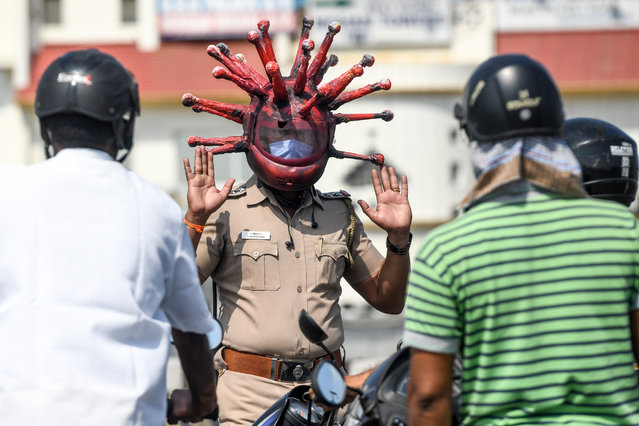 Police inspector Rajesh Babu (C) wearing a coronavirus-themed helmet speaks to motorists at a checkpoint during a government-imposed nationwide lockdown as a preventive measure against the COVID-19 coronavirus in Chennai on March 28, 2020. (Photo by Arun Sankar/AFP Photo) 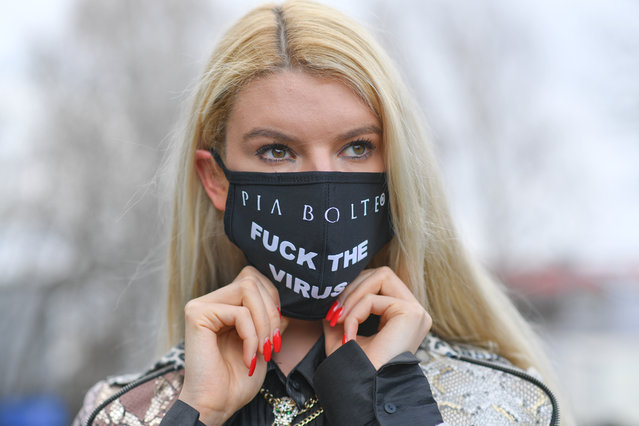 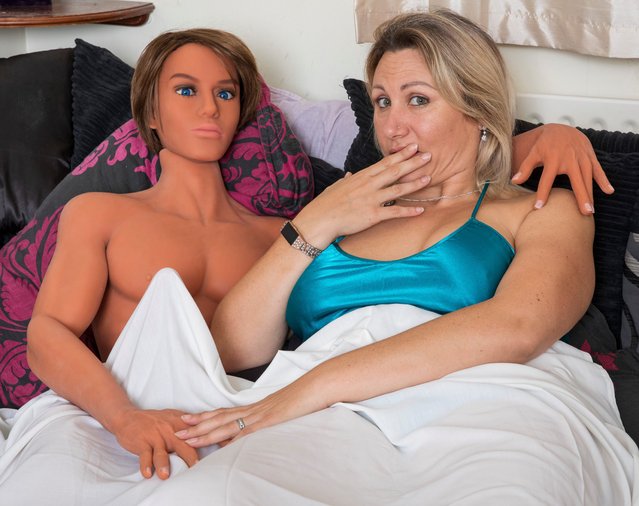 Mum-of-two Charlotte Rose, 38, who lives in London, spent the night with a male s*x doll in August 2019, who she'd affectionately nicknamed Henry. Increasing numbers of British men – and women – are secretly seeking companionship with s*x dolls and robots, and recently more than one in ten Brits confessed they would romp with a robot. By 2020 the s*x toy industry will be worth an estimated £38 billion, with s*x dolls one of its fastest developing products, costing up to £15,000 a pop. (Photo by Nick Obank/The Sun)
Edit Del
25 Apr 2020 00:05:00, post received 0 comments
Publication archive:
←   →
Popular tags:
All tags
Last searches: