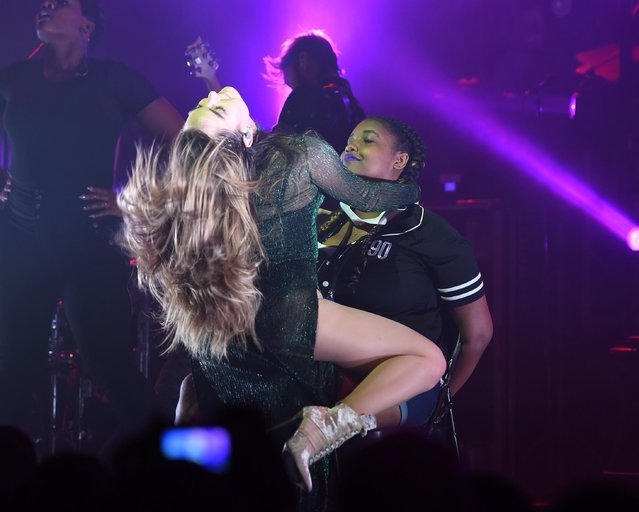 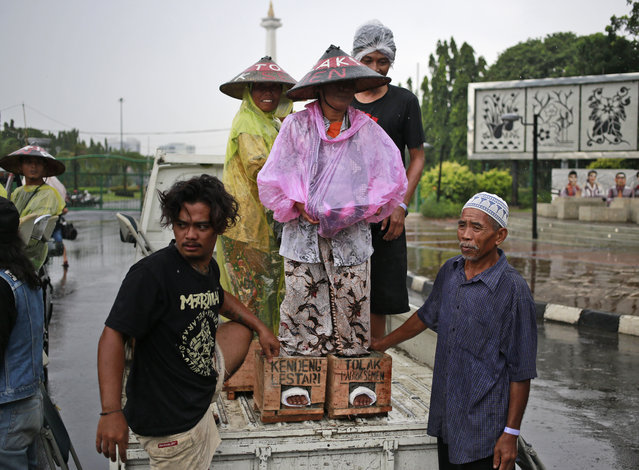 In this March 20, 2017 photo, protesters whose feet are encased in concrete wait for assistance to step off a truck upon arrival for a rally against the operation of a cement factory in Kendeng, Central Java, outside the presidential palace in Jakarta, Indonesia. Kendeng farmers have battled against plans for the factory for years, saying it could taint their water. The factory is now more or less complete and the owner, state-owned PT Semen Indonesia, has said it would create jobs and boost the local economy. (Photo by Dita Alangkara/AP Photo) 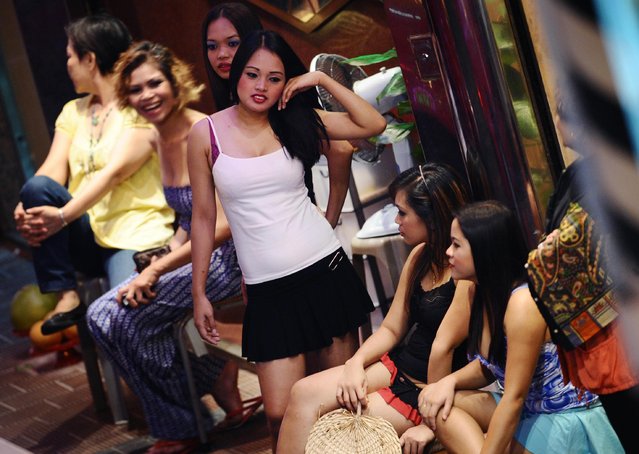 Female entertainers gather at a bar doorway in Hong Kong's notorious Wan Chai bar and club district on September 5, 2009. The old style gogo bars of Wan Chai, where lithe young women entice customers to buy them overpriced drinks, are the places most commonly associated with Hong Kong's the s*x trade. Immortalized as the seedy but romantic World Of Suzie Wong in the novel by Richard Mason, 1950s Wan Chai originally became famous for its drunken sailors and prostitutes. (Photo by AFP Photo/Stringer) 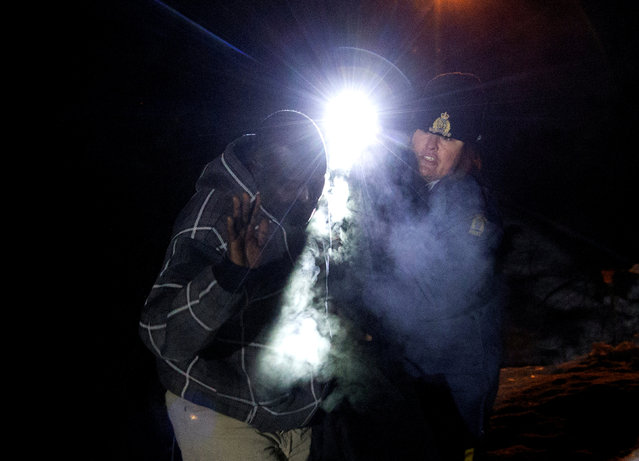 A man is told to stop by a Royal Canadian Mounted Police (RCMP) officer after he illegally crossed the U.S.-Canada border leading into Hemmingford, Quebec, Canada, March 20, 2017. A Sudanese man hopped out of his taxi with a duffle bag slung around his shoulder just before daybreak, as he headed for the U.S. – Canadian border. Within a matter of seconds, the man, who sought to brave the negative 6 degrees Celsius (21 degrees Fahrenheit) weather, was confronted by a female Royal Canadian Mounted Police (RCMP) officer who shined her flashlight on him as he crossed into Hemmingford, Quebec from Champlain, New York. Dressed in a checkered sweatshirt, pants and snow boots, the Sudanese traveler is one of several people looking to build a life in Canada as U.S. President Donald Trump vows a sharpened crackdown on America's illegal immigrants. “Stop, you have to stop”, the officer insisted, grabbing his arm. Over and over again, the man, who did not provide his name, muttered as if speaking to himself: “I need to be safe, I need to be safe, I just want to be safe”. He kept walking, desperately trying to plow past the officer. He only stopped when the officer told him, almost empathetically: “You're in Canada already. You're in Canada. You're here”. Now, with no reluctance, he put his hands in the air as she told him he was under arrest and that he had entered Canada illegally. The exchange lasted all of four minutes. (Photo by Christinne Muschi/Reuters) 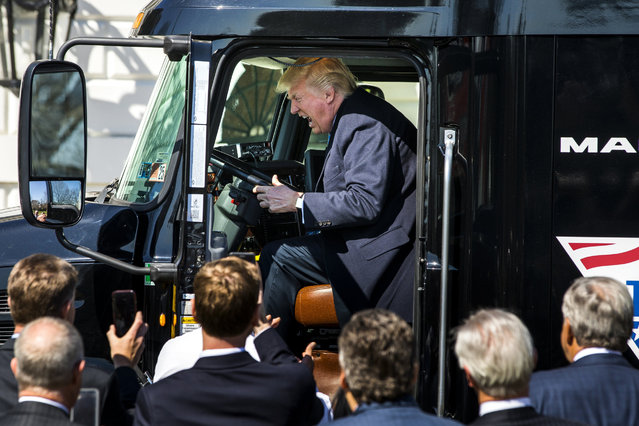 US President Donald J. Trump gets in the driver's seat of an 18-wheeler while meeting with truck drivers and trucking CEOs on the South Portico prior to their meeting to discuss health care at the White House in Washington, DC, USA, 23 March 2017. The House of Representatives has yet to vote on the Republican-crafted American Health Care Act, that would replace the Affordable Care Act, as it remained unclear whether Republicans had enough votes to overcome opposition from Democrats and those within their own party. (Photo by Jim Lo Scalzo/EPA) 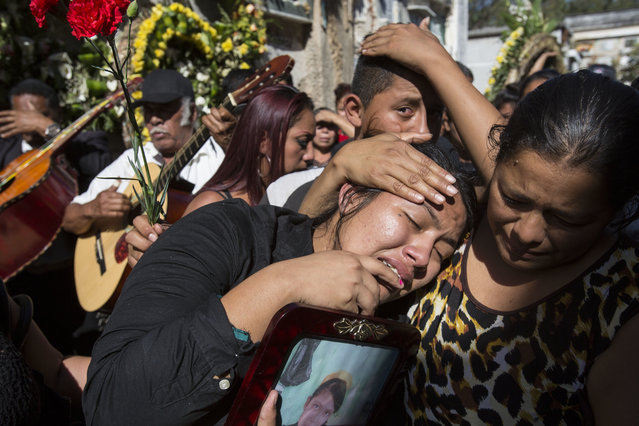 In this March 17, 2017 file photo, Shirley Palencia weeps during the burial service for 17-year-old sister Kimberly Palencia Ortiz, who died in the Virgen de la Asunción Safe Home fire, at the cemetery in Guatemala City. Authorities said the fire that swept through parts of the institution when mattresses were set ablaze during a protest by girls protesting conditions at the overcrowded youth shelter. (Photo by Moises Castillo/AP Photo) 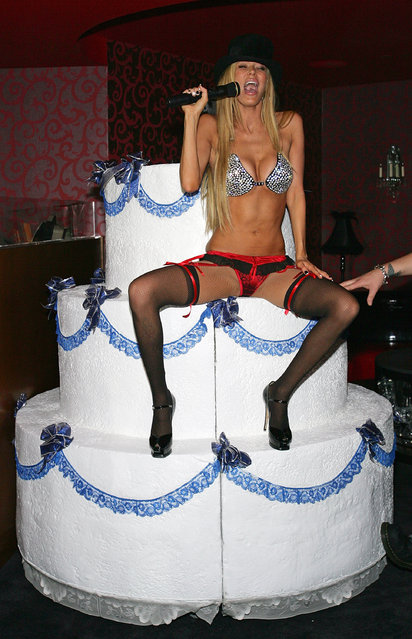 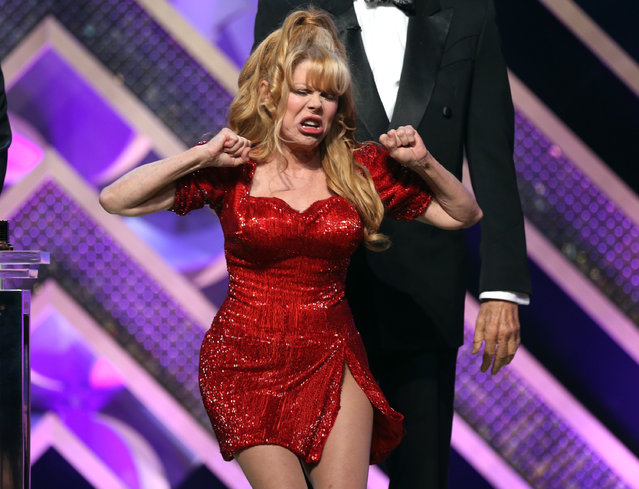 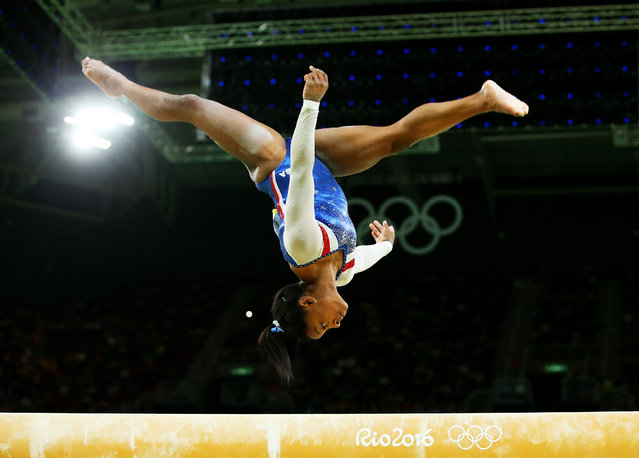 Simone Biles of the United States competes on the balance beam during the Women's Individual All Around Final on Day 6 of the 2016 Rio Olympics at Rio Olympic Arena on August 11, 2016 in Rio de Janeiro, Brazil. (Photo by Alex Livesey/Getty Images) 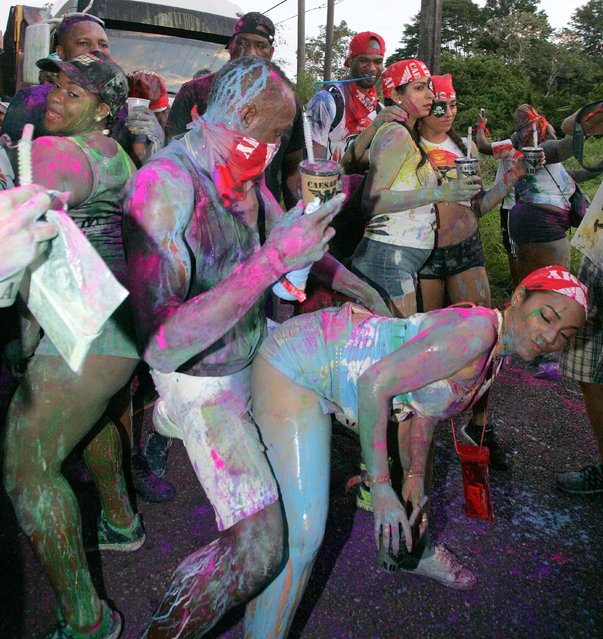 The world-famous sprinter Usain Bolt, 30, took a break from the track to celebrate Carnival as revellers doused each other with paint in Trinidad and Tobago on February 26, 2017. (Photo by David Wears/Splash News and Pictures) 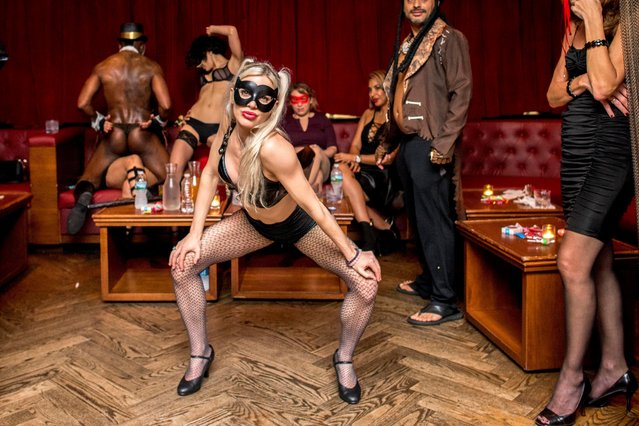 A woman in a mask and s*xy underwear poses for the camera at a s*x party in New York, USA. (Photo by Johnny Milano) 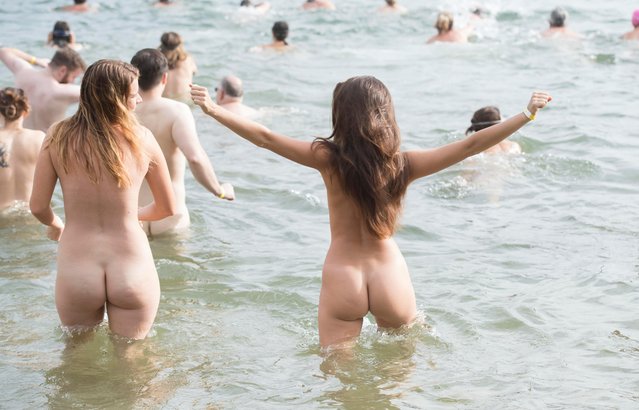 Swimmers take part in the annual Sydney Skinny at Cobbler's Beach on February 28, 2016 in Sydney, Australia. The swim is aimed at promoting positive body image and raises money for various charities. (Photo by Brook Mitchell/Getty Images) 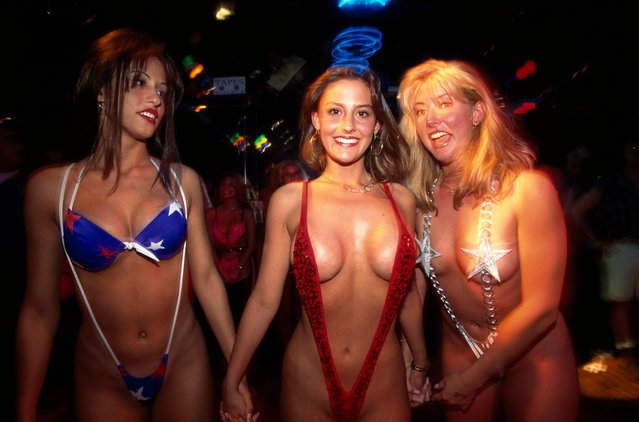 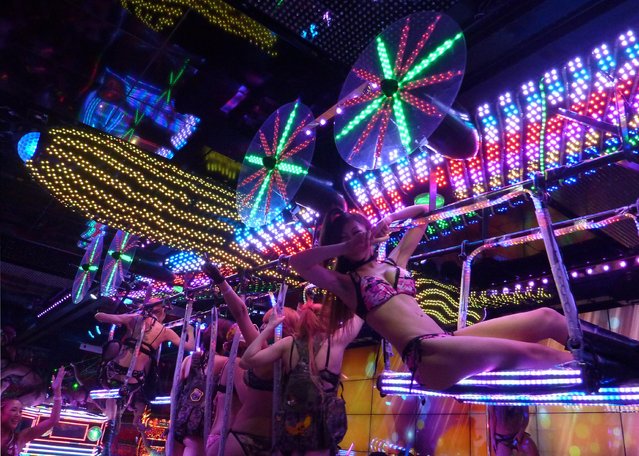