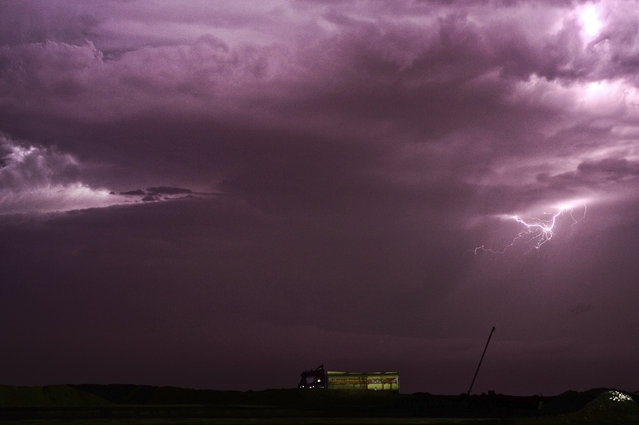 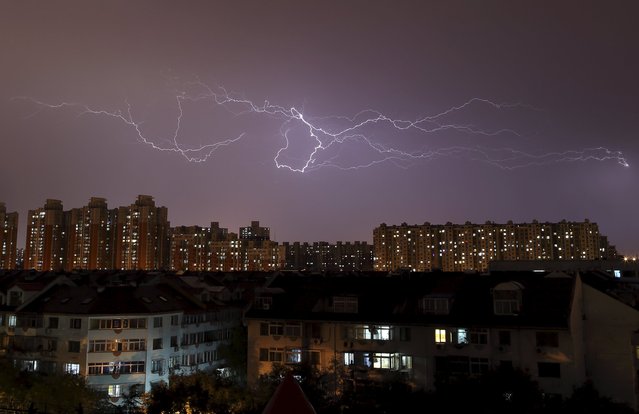 Lightning strikes across the sky above residential buildings during a thunderstorm in Beijing, China, September 11, 2015. (Photo by Reuters/Stringer) 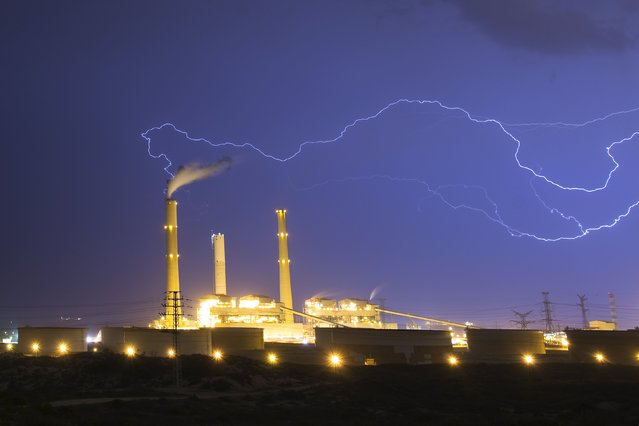 Lightning strikes over a power station during a storm in the city of Ashkelon, Israel October 28, 2015. (Photo by Amir Cohen/Reuters) 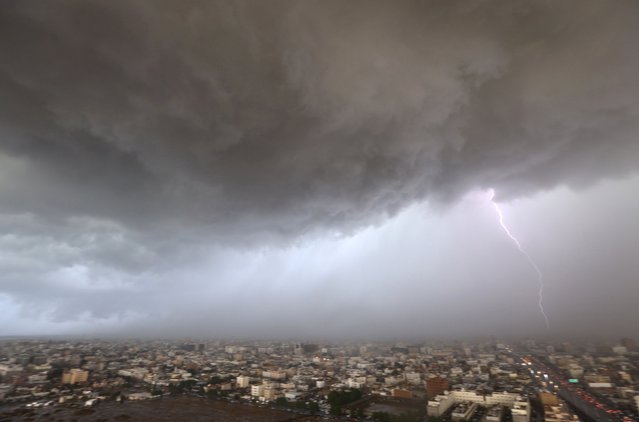 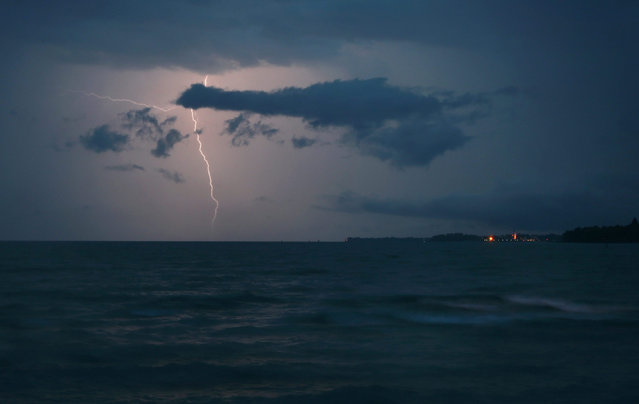 A photo made available 10 August 2015 of a ligthning striking and illuminating the sky over Lake Constance, near Lindau, Germany, 09 August 2015. (Photo by Karl-Josef Hildenbrand/EPA) 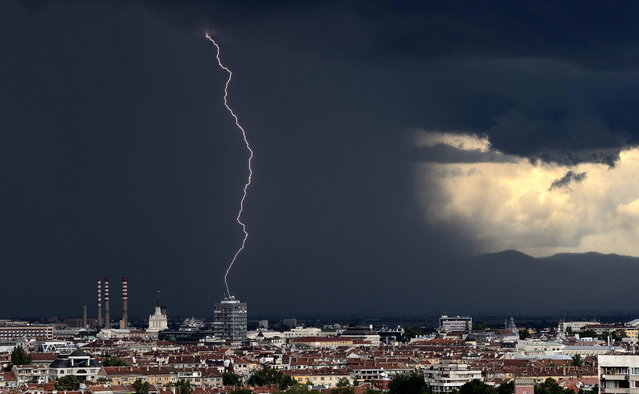 A streak of lightning over a building during a powerful storm in Sofia, Bulgaria, 17 August 2015. (Photo by Vassil Donev/EPA) 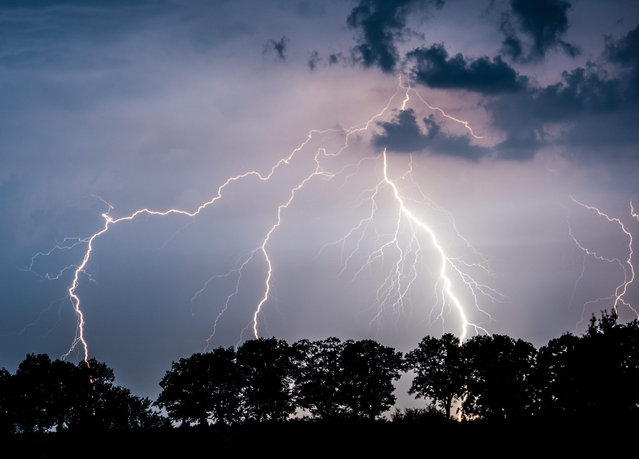 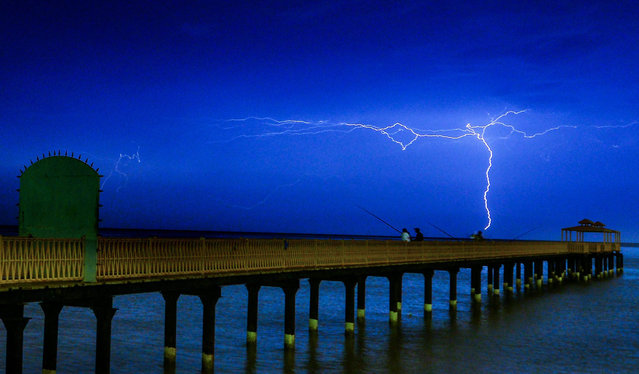 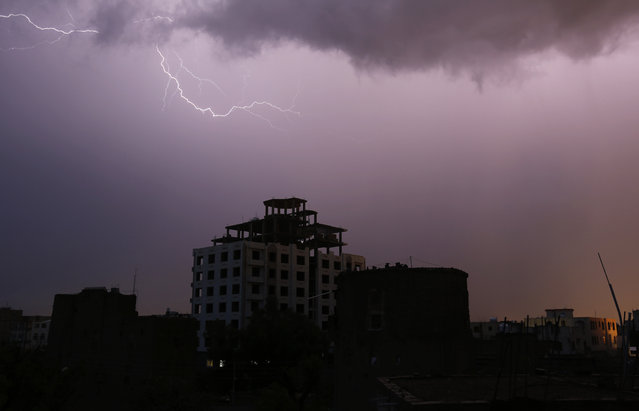 Lightning lights up moody clouds in the sky during a thunderstorm in Sana'a, Yemen, August 3, 2015. According to local reports heavy storms and torrential rain hit Sana'a and most parts of Yemen as summer temperatures sore. (Photo by Yahya Arhab/EPA) 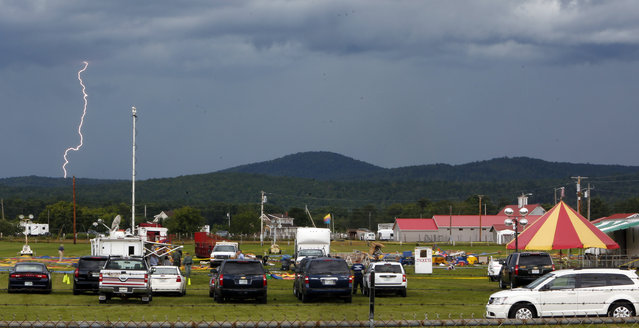 A storm moves in Tuesday August 4, 2015, as investigators inspect the site of a circus tent that collapsed Monday during a show by the Walker Brothers International Circus at the Lancaster Fair grounds in Lancaster, N.H. (Photo by Jim Cole/AP Photo) 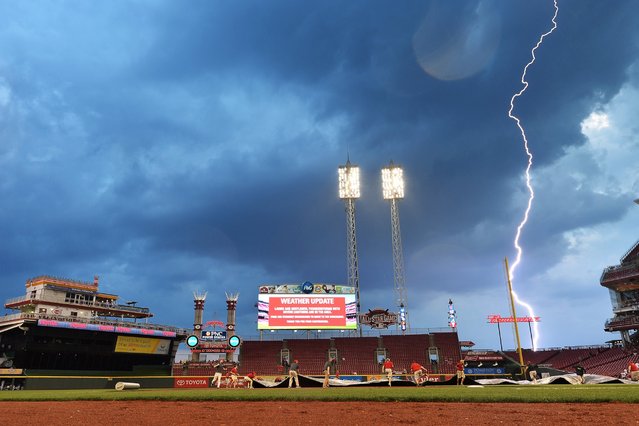 Grounds crew pull the tarp on the field as lightning from an approaching storm strikes in the distance during a game between the Cincinnati Reds and the Milwaukee Brewers at Great American Ball Park on September 5, 2015 in Cincinnati. (Photo by Jamie Sabau/Getty Images) 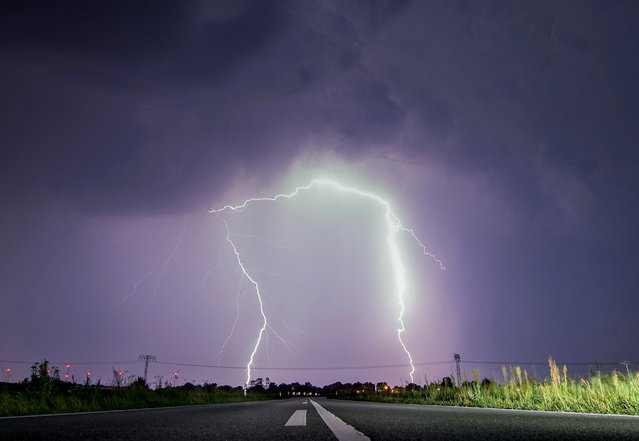 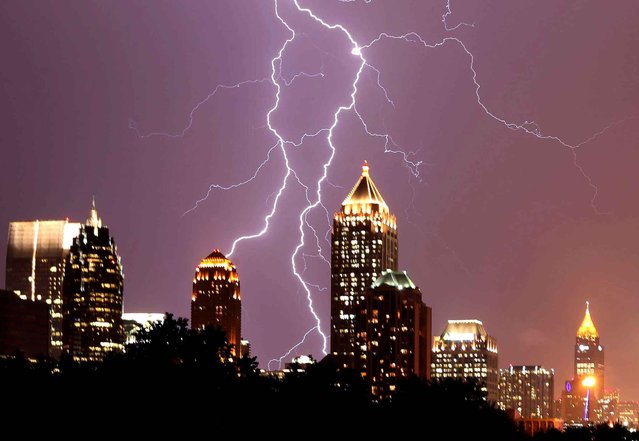 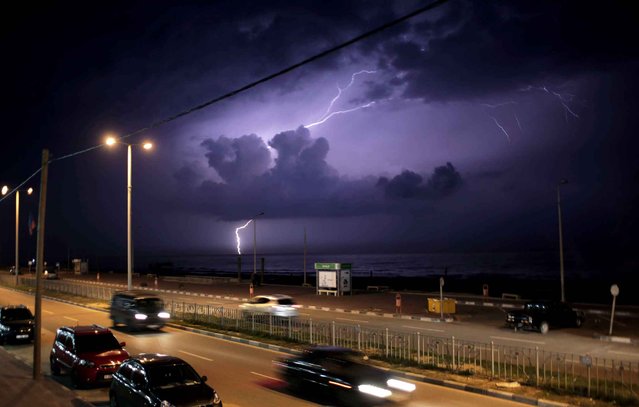 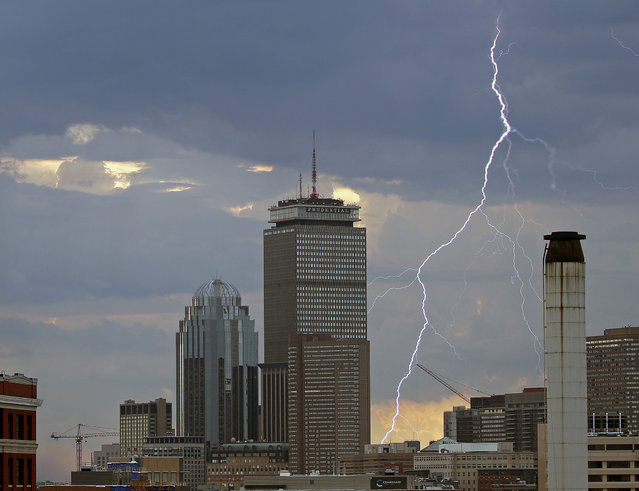 Lightning strikes near Boston's Prudential Center tower hours ago, after a line of thunderstorms pushed through on August 16, 2015. (Photo by Splash News) 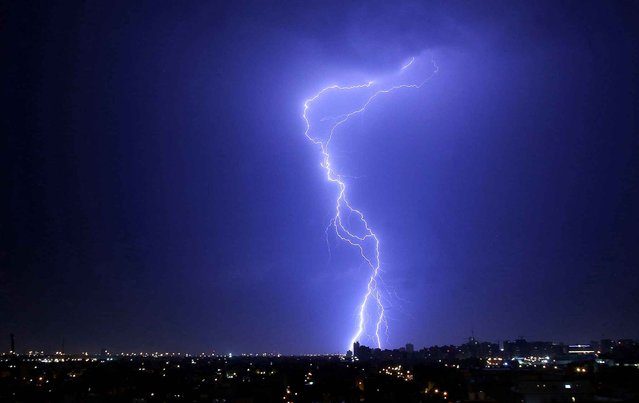