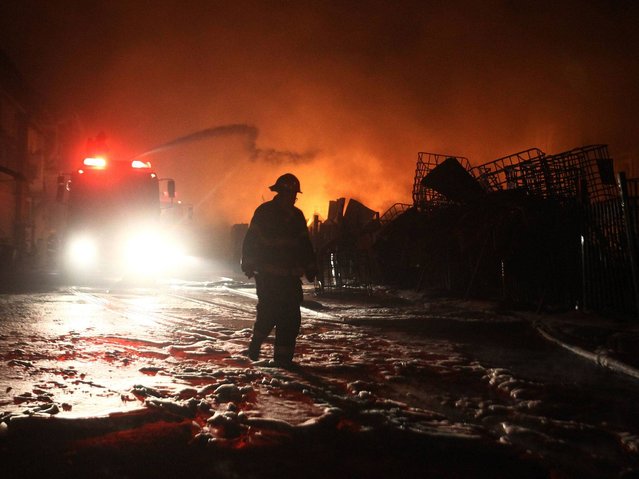 Israeli firefighters extinguish a burning factory hit by a rocket fired from the Gaza Strip on June 28, 2014 at an industrial zone in the southern city of Sderot. The previous day two Palestinians in the Gaza Strip were killed in an Israeli air raid after a bomb exploded near troops manning Israel's security fence. (Photo by David Buimovitch/AFP Photo) 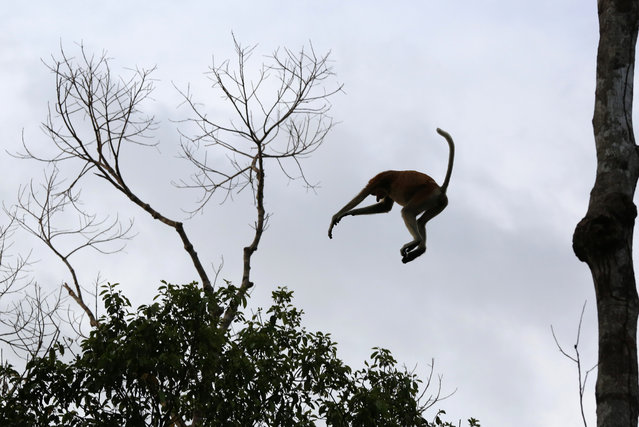 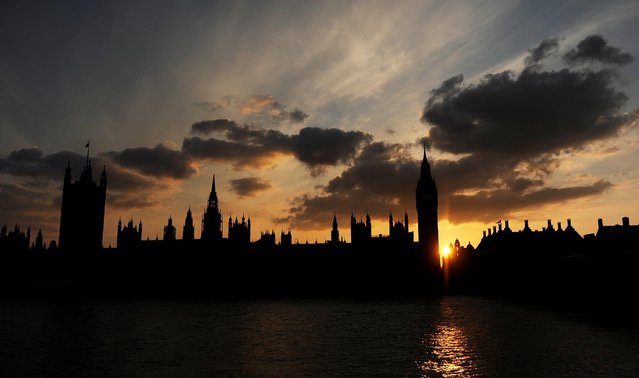 The British government faces growing calls for a national inquiry into allegations of child abuse by politicians in the 1970s and 1980s, after it emerged that 114 files relating to the accusations were missing. (Photo by Ben Stansall/AFP Photo) 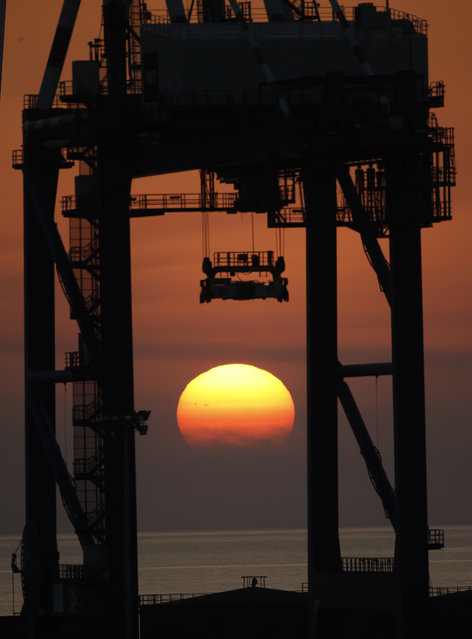 The sun sets behind a crane at the Gioia Tauro port, southern Italy, Wednesday, July 2, 2014. Cargo containers carrying hundreds of tons of Syrian chemical weapons were loaded onto a U.S. cargo ship Wednesday for destruction at sea, one of the final phases of the international effort to rid Syria of its chemical weapon stockpile. The chemicals had crossed the Mediterranean aboard the Danish ship Ark Futura, which steamed into the southern Italian port of Gioia Tauro as the sun rose Wednesday. By late afternoon, about half of the 78 containers had been transferred, with cranes lifting each container onto a flatbed truck that then drove into the cargo hold of the U.S. cargo vessel MV Cape Ray. (Photo by Luca Bruno/AP Photo) 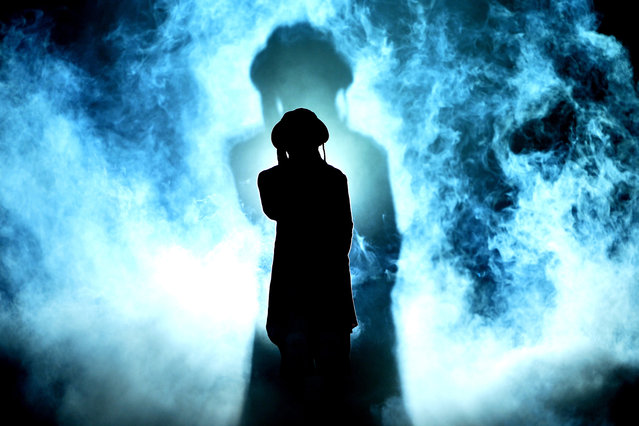 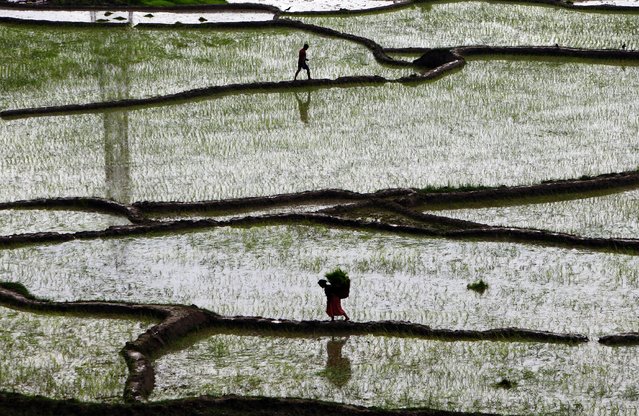 A Nepalese woman walks carrying paddy saplings before replanting them at a rice field in Chunnikhel, Katmandu, Nepal, Monday, June 30, 2014. The beginning of paddy cultivation in this Himalayan nation has been delayed this year due to the late arrival of the monsoon rains. (Photo by Niranjan Shrestha/AP Photo) 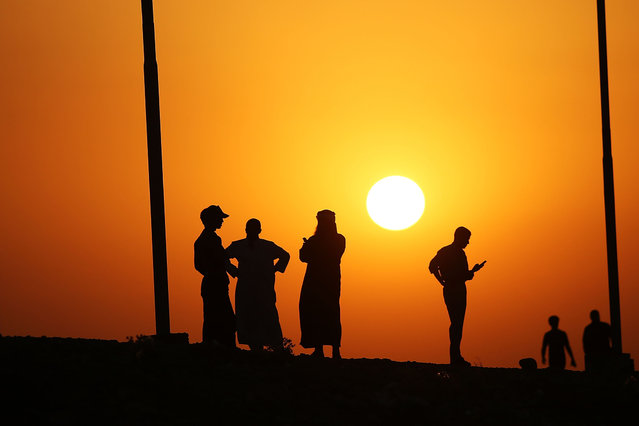 Iraqis who have who fled recent fighting near the city of Mosul are trying to enter a temporary displacement camp on Khazair, Iraq, on Jule 3, 2014. (Photo by Spencer Platt/Getty Images) 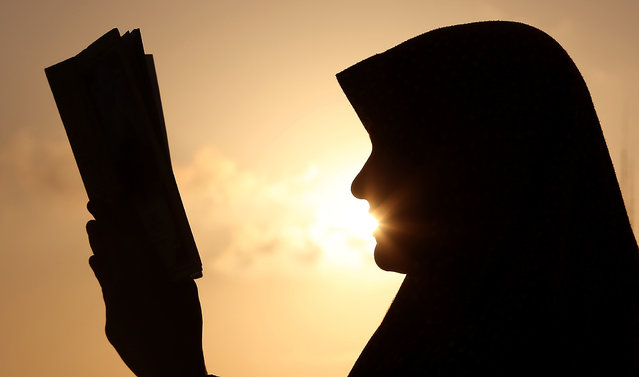 A Palestinian girl reads the Quran, Islam's holy book, at sunset in Gaza City on Friday, July 4, 2014. Muslims throughout the world are celebrating the holy fasting month of Ramadan, refraining from eating, drinking, and smoking from dawn to dusk. (Photo by Hatem Moussa/AP Photo) 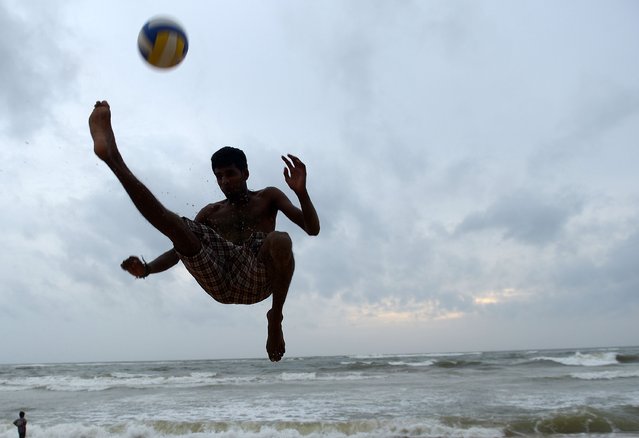 A Sri Lankan youth plays football on a beach in Colombo on July 6, 2014. (Photo by Lakruwan Wanniarachchi/AFP Photo) 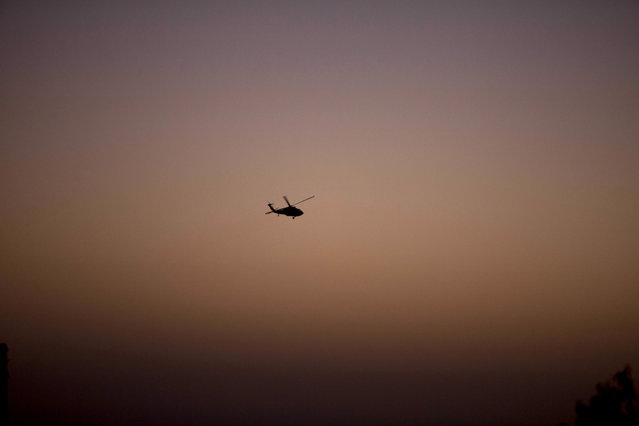 An Israeli military helicopter flies over the village of Halhul, near the West Bank town of Hebron, where the bodies of the three missing Israeli teenagers were found, Monday, June 30, 2014. The Israeli military found the bodies of three missing teenagers on Monday, just over two weeks after they were abducted in the West Bank, allegedly by Hamas militants. The grisly discovery culminated a feverish search that led to Israel's largest ground operation in the Palestinian territory in nearly a decade and raised fears of renewed fighting with Hamas. (Photo by Majdi Mohammed/AP Photo) 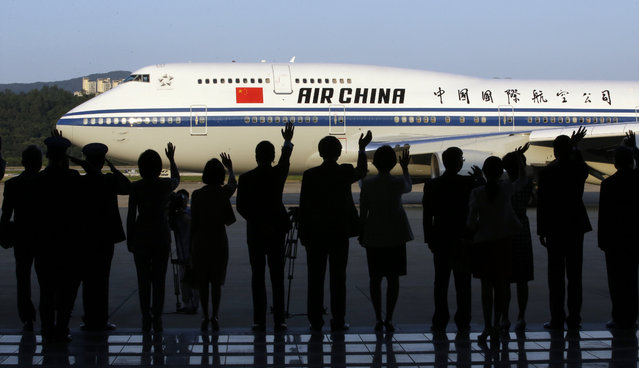 An airplane with Chinese President Xi Jinping and first lady Peng Liyuan on board departs as South Korean officials see them off, at Seoul Military Airport in Seongnam, South Korea, Friday, July 4, 2014. Xi highlighted Japan's brutality against China and South Korea in the last century during a speech on the final day of his visit to Seoul on Friday amid worries in both countries about recent nationalism in Tokyo. (Photo by Lee Jin-man/AP Photo) 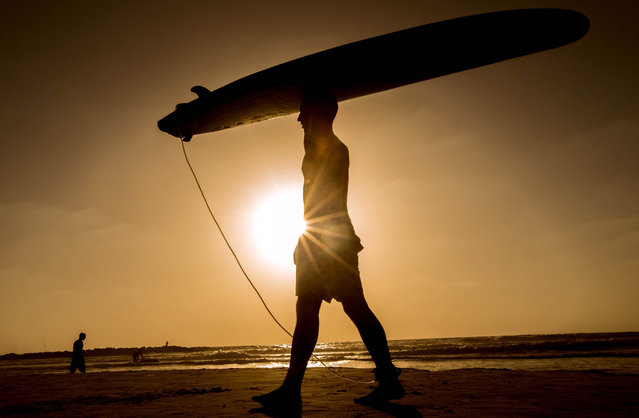 An Israeli surfer walks on the beach in the Israeli Israeli coastal city of Netanya, north of Tel Aviv, as the sun sets over the Mediterranean Sea, on June 30, 2014. The 14 kilometres long coast has made the city of Netanya a popular tourist attraction. (Photo by Jack Guez/AFP Photo) 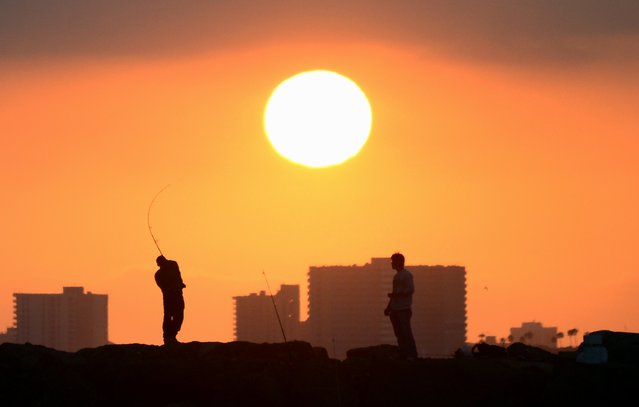 A fisherman casts his line from the rocks at Seal Beach, California, as the sun prepares to set on June 28, 2014. Summer in California this year is expected to be the hottest and driest on record as nearly one-third of the state experiences “exceptional” drought levels, the highest percentage ever recorded by the Drought Monitor, whch began monitoring in 2000, according to reports last week from the National Climatic Data Center. (Photo by Frederic J. Brown/AFP Photo) 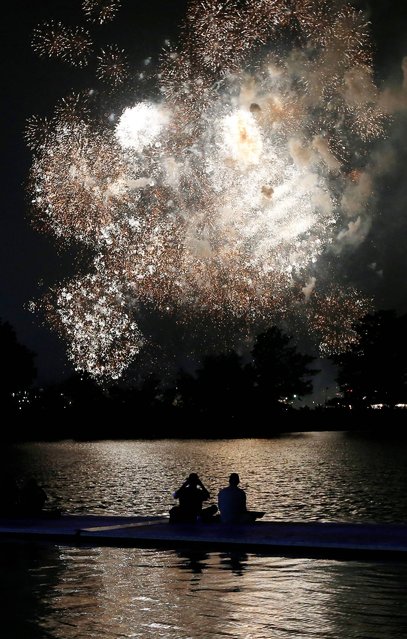 Fireworks explode over the Charles River in Boston, Thursday, July 3, 2014. The annual Boston Pops Fourth of July concert and fireworks show was moved up a day because of potential heavy rain ahead of Hurricane Arthur. (Photo by Michael Dwyer/AP Photo) 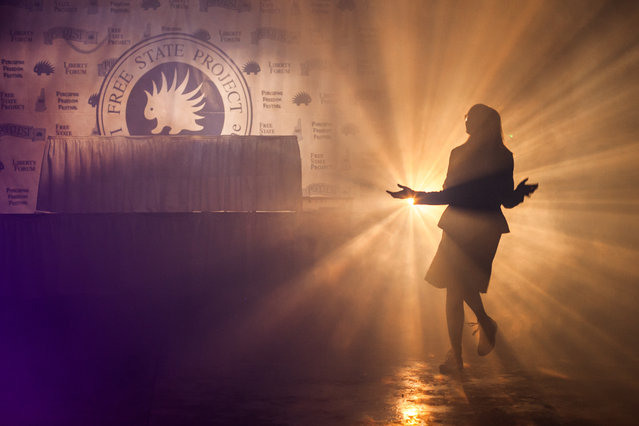