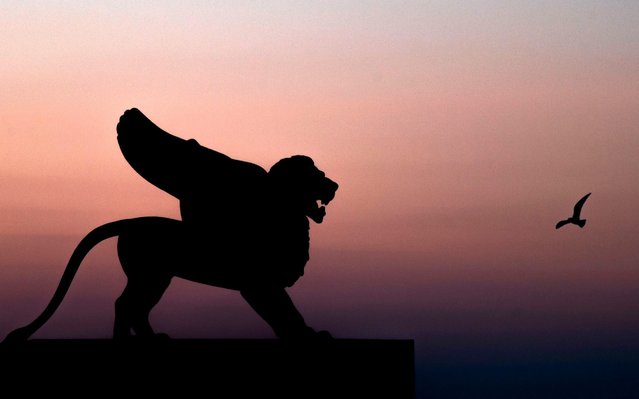 A view shows a Lion's sculpture against a twilight sky at Venice Lido on the fourth day of the 77th Venice Film Festival, on September 5, 2020, during the COVID-19 infection, caused by the novel coronavirus. (Photo by Tiziana Fabi/AFP Photo) 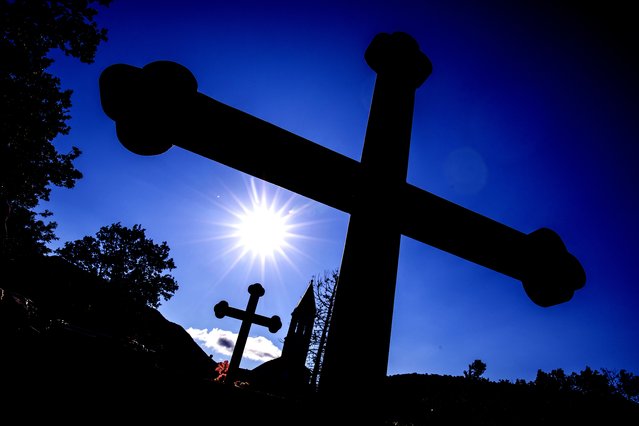 A large cross at the memorial during the commemoration at the Serbian Plavno village near Knin, Croatia, 25 August 2020. On 1995 Croatian army killed six elderly Serb civilians after the Serb-Ctroatian war from 1991-1995 ended, but the perpetrator were not brought to trial. This is the first time after 25 years that official Croatian authorities attend the commemoration. (Photo by Miro Lelas/EPA/EFE) 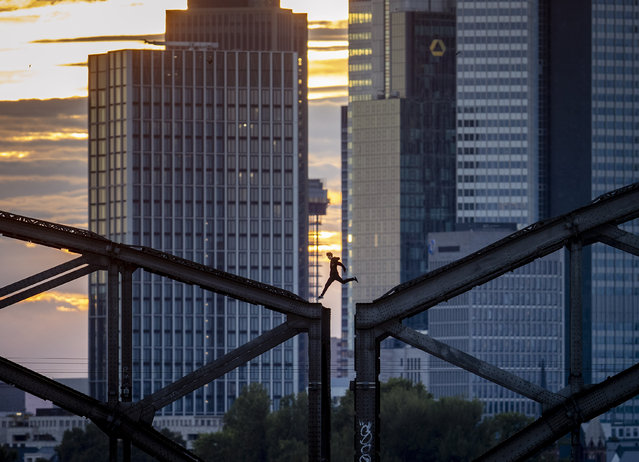 A parkour runner jumps on a railway bridge with the buildings of the banking district in background in Frankfurt, Germany, Wednesday, September 9, 2020. (Photo by Michael Probst/AP Photo) 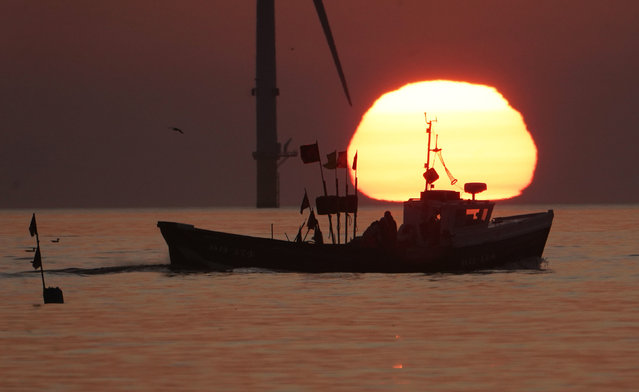 A fishing boat sails in front of the rising sun near Blyth pier in Northumberland on September 14, 2020, at the start of a week in which the UK is expected to bask in temperatures of more than 30C. (Photo by Owen Humphreys/PA Images via Getty Images) 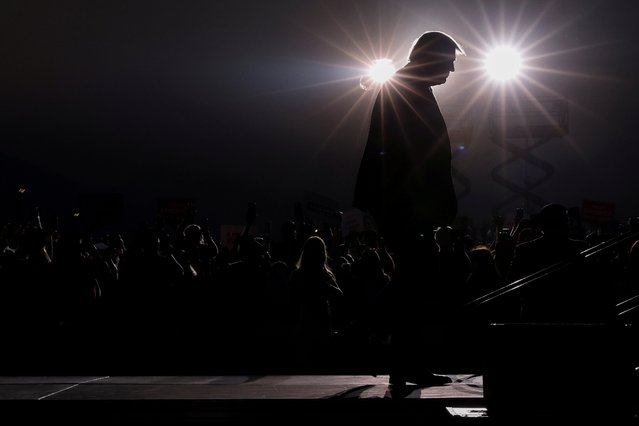 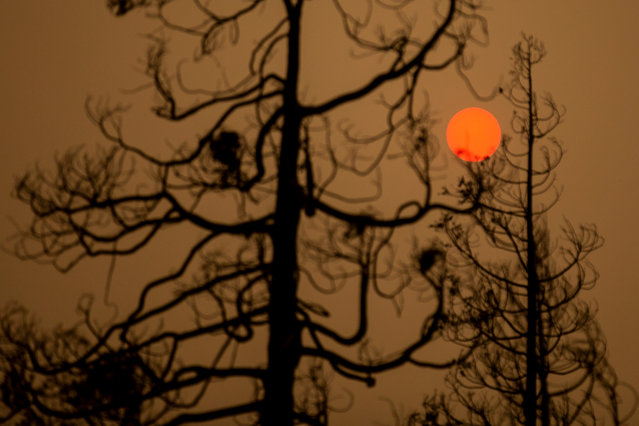 The sun shines red in the smoke of the Creek Fire near Shaver Lake, in the Sierra National Forest, California, USA, 08 September 2020. According to reports, the Creek Fire has burnt over 145,000 acres of forest. (Photo by Etienne Laurent/EPA/EFE) 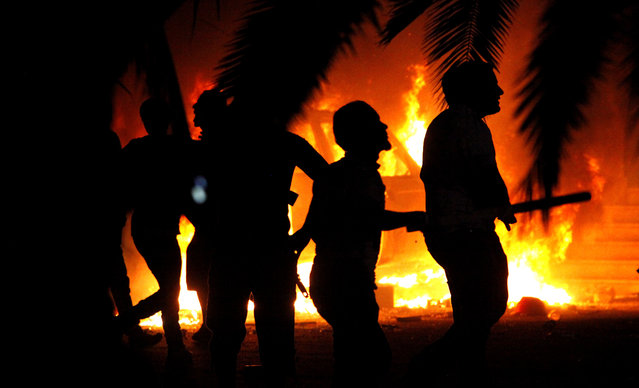 In this Friday, September 21, 2012, file photo, civilians watch fires at an Ansar al-Shariah Brigades compound after hundreds of locals, military, and police raided the Brigades base in Benghazi, Libya. The warring parties in Libya and their international backers — the United Arab Emirates, Russia and Jordan vs Turkey and Qatar — violated a U.N. arms embargo on the oil-rich north African country that remains “totally ineffective”, U.N. experts said in a new report. (Photo by AP Photo/File) 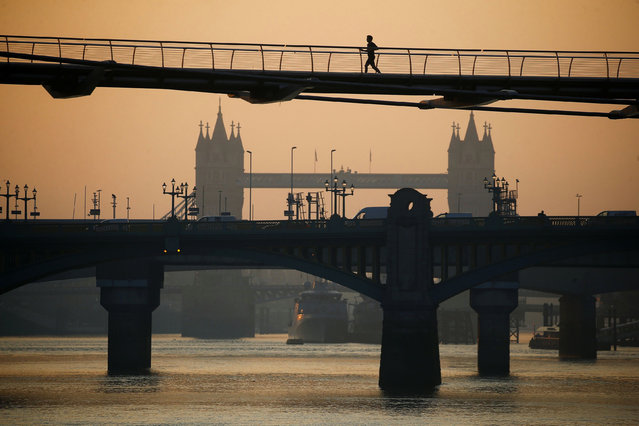 A person runs across Millennium Bridge as the sun rises, in London, Britain, September 15, 2020. (Photo by Henry Nicholls/Reuters) 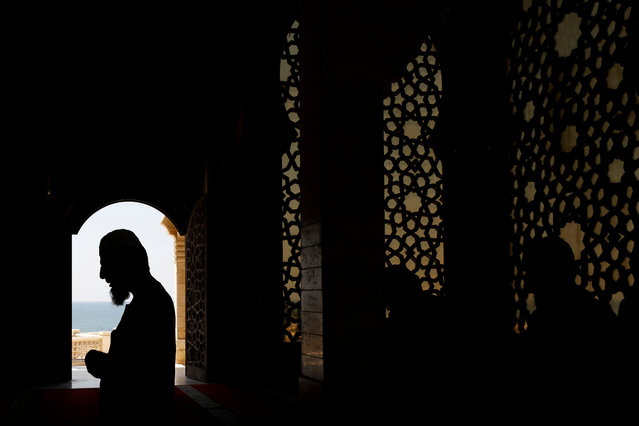 Palestinian members of the staff pray in an almost empty mosque as Friday prayers in the holy places are suspended following the recent outbreak of the coronavirus disease (COVID-19) in the northern Gaza Strip on August 28, 2020. (Photo by Suhaib Salem/Reuters) 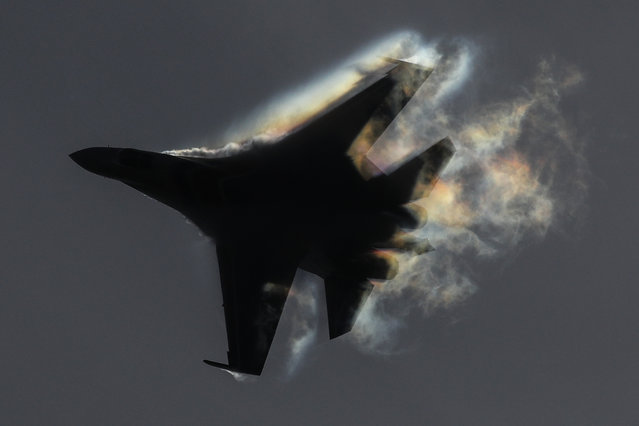 A Sukhoi Su-35S fighter jet performs during an air show as part of the Army 2020 International Military Technical Forum at the Kubinka air field in Moscow Region, Russia on August 25, 2020. (Photo by Sergei Savostyanov/TASS) 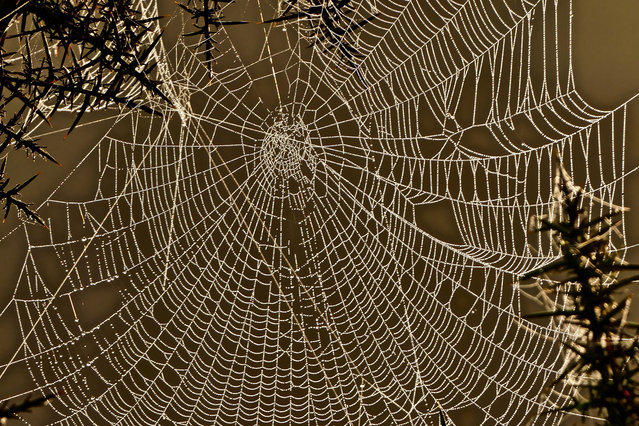 Dew is seen on a cobweb as the sun rises through the misty landscape of the New Forest in Hampshire, England on September 14, 2020. (Photo by Geoffrey Swaine/Rex Features/Shutterstock) 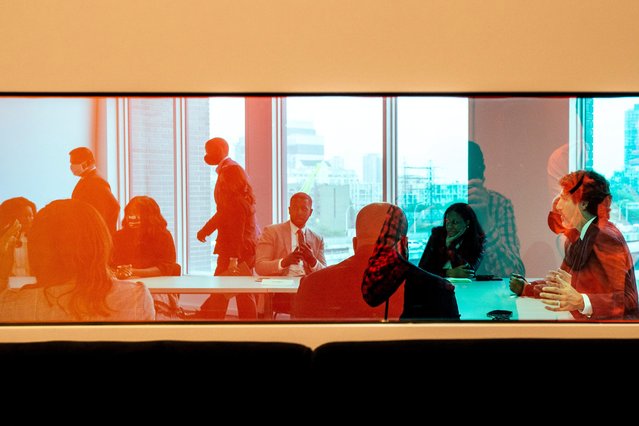 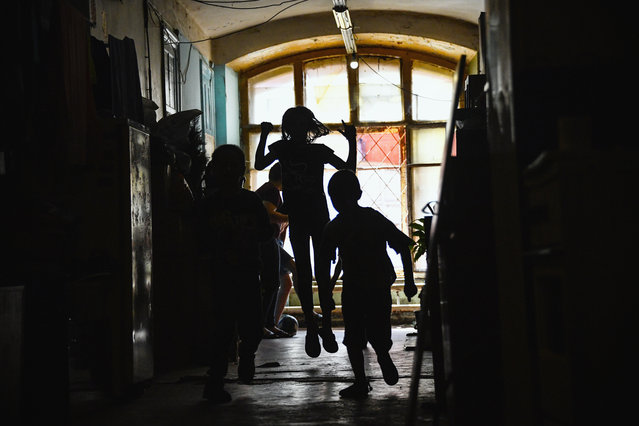 Children play in a communal corridor in a dormitory for the workers of Proletarka textile factory in the town of Tver, 200 kilometres north-west from Moscow on August 8, 2020. The golden age of Proletarka, the unique set of barracks, some fifty neo-Gothic buildings, including two decorated with gold medals at the Universal Exhibition of 1900 in Paris, ended with the break-up of the USSR in 1991 and the arrival of the market economy which opened the borders to inexpensive Chinese textiles. The famous Tver factory, created by cotton magnates Morozov, in 19th century, no longer existed, and its unique city, still overpopulated, was forgotten by the new authorities and turned into a dirty poor ghetto. (Photo by Andrey Borodulin/AFP Photo) 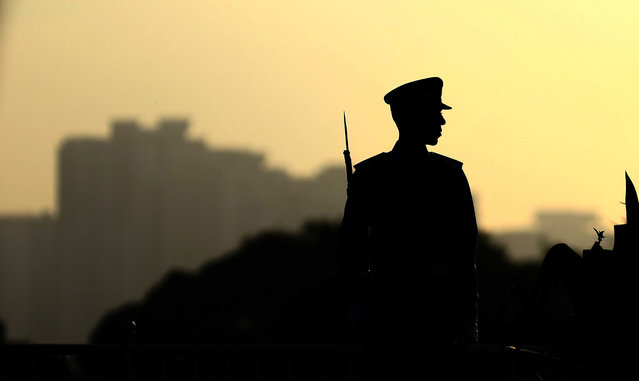 Pakistan Air Force cadets parade at the mausoleum of the founder of Pakistan Muhammad Ali Jinnah, on Defense Day in Karachi, Pakistan, 06 September 2020. Pakistan observes 06 September as Defense Day to pay homage to those killed in wars defending Pakistan's borders, and to highlight the sacrifices of soldiers during the September 1965 war with India. (Photo by Shahzaib Akber/EPA/EFE) 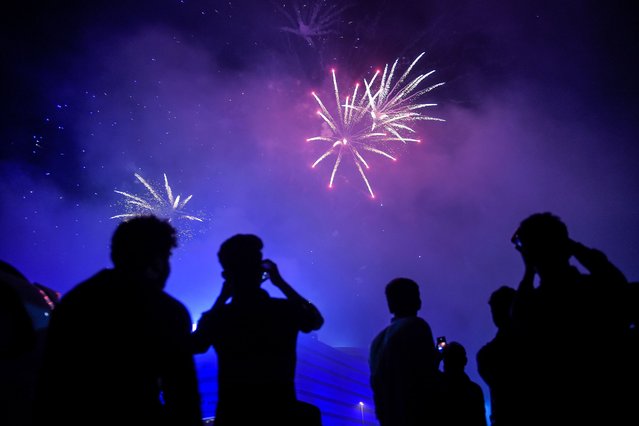 People watch fireworks to mark the country's Defence Day on the outskirts of Islamabad early in the morning on September 6, 2020. Pakistan on September 6 celebrated the 55 anniversary of its second war with arch-rival India weeks after the two nuclear powers faced off in some of their deadliest skirmishes in over a decade. The major fighting of the war took place between August and September 1965 with both sides claiming victory after it ended in a stalemate following the intervention of the United States and Soviet Union. (Photo by Farooq Naeem/AFP Photo) 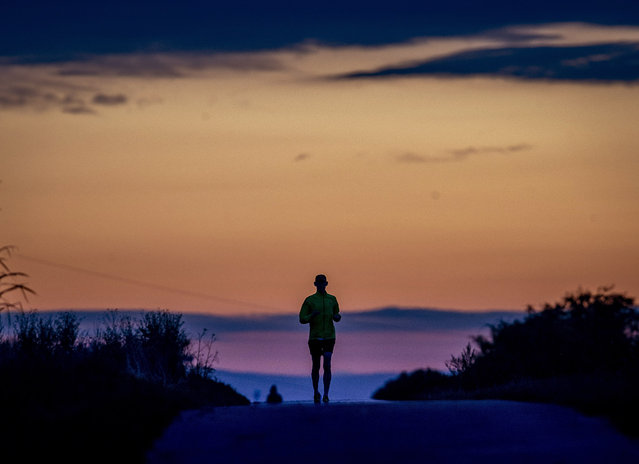