Common cranes (Grus grus) fly at sunset over the puszta or Hungarian steppe of Hortobagy, near the Elepi lake, some 200 kms east of Budapest, Hungary, 27 October 2020. The area of the Hortobagy National Park is the largest gathering place for migrating cranes in Europe. The birds have been arriving continuously from Northern Europe since mid September and they stay here usually till the first frosts before leaving for Africa. (Photo by Zsolt Czegledi/EPA/EFE) 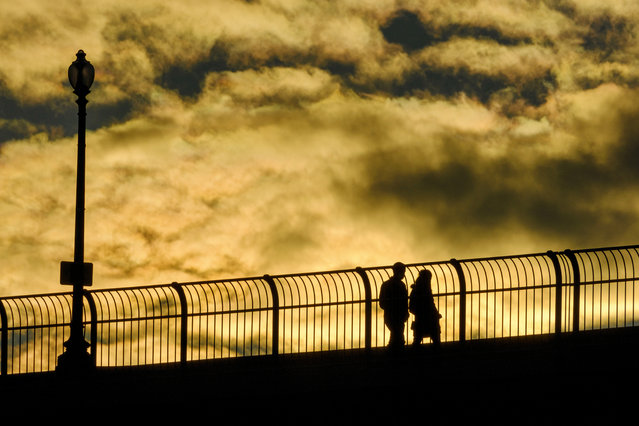 A couple walks across the Francis Scott Key Bridge as the setting sun lights up the clouds in Washington, Friday, October 30, 2020. (Photo by J. David Ake/AP Photo) 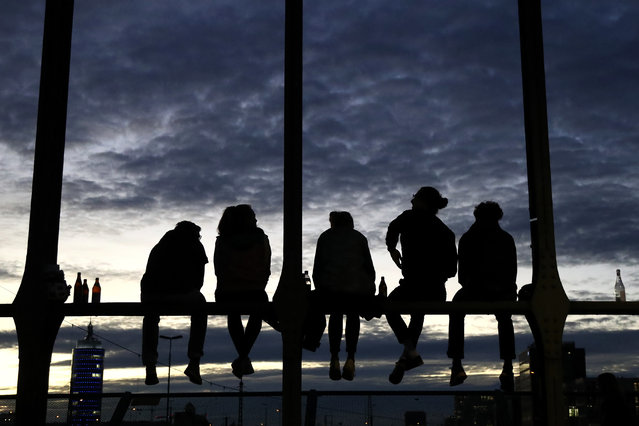 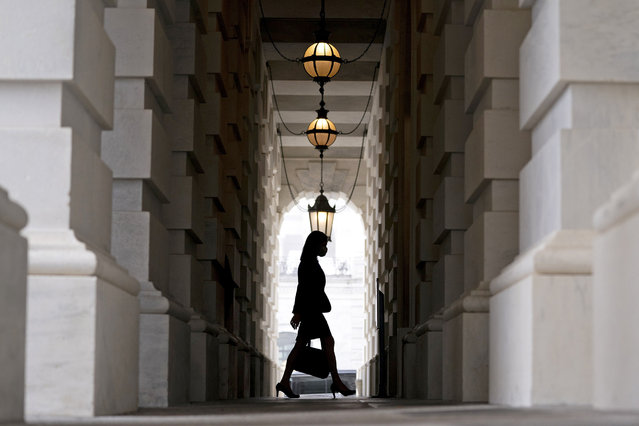 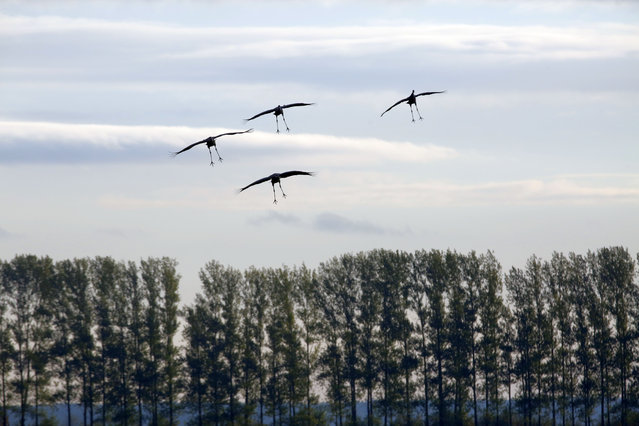 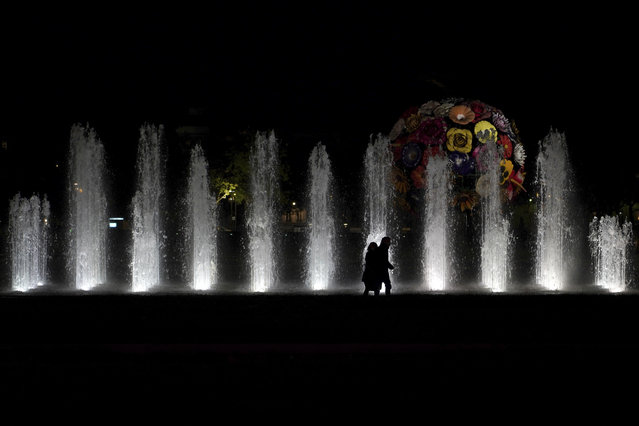 People walk in the empty center of Lyon, central France, Saturday, October 17, 2020. France is deploying 12,000 police officers to enforce a new curfew that came into effect Friday night for the next month to slow the virus spread, and will spend another 1 billion euros to help businesses hit by the new restrictions. (Photo by Laurent Cipriani/AP Photo) 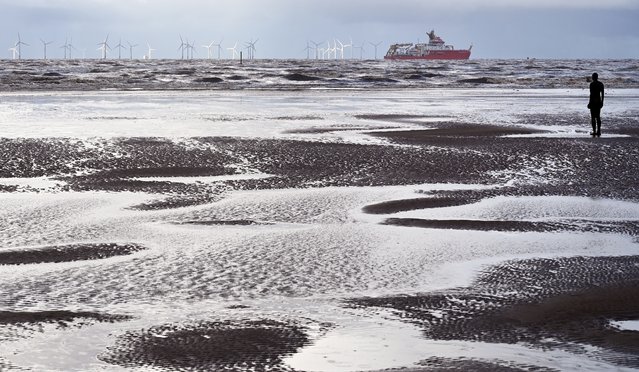 Polar research ship, the RRS Sir David Attenborough, sails out of the River Mersey past Antony Gormley's art installation “Another Place” at Crosby, north west England on November 03, 2020. In November, the shipyard will formally hand over the ship to the Natural Environment Research Council (NERC). Early next year the ship will undertake ice trials in the Arctic, and in November 2021 make its maiden voyage to Antarctica. (Photo by Paul Ellis/AFP Photo) 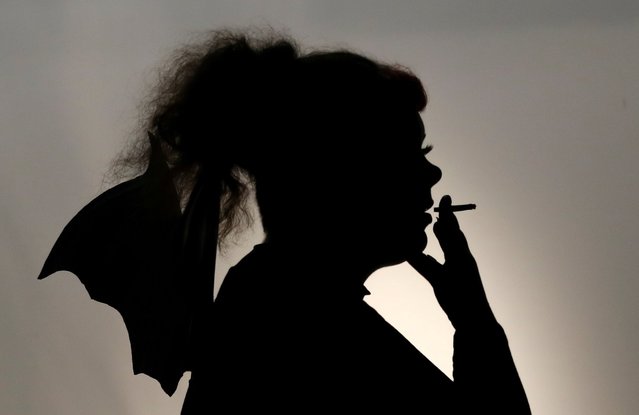 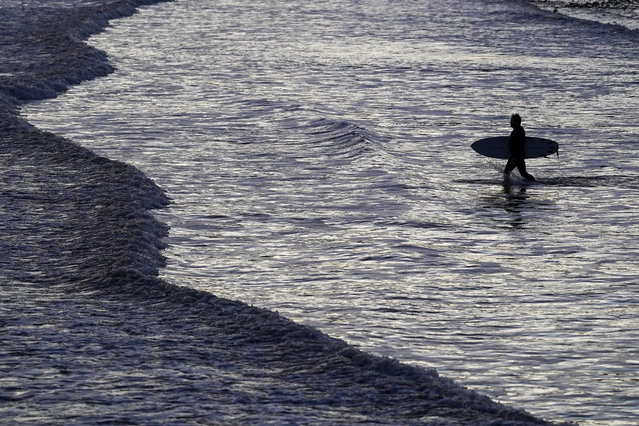 A surfer heads out for an early morning surf at Saltburn beach on October 23, 2020 in Saltburn By The Sea, England. (Photo by Ian Forsyth/Getty Images) 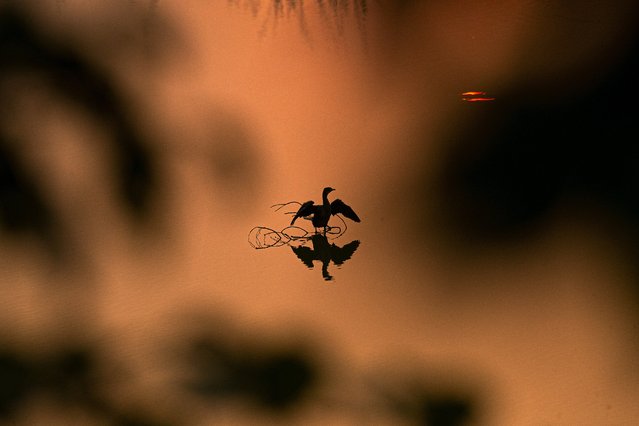 A cormorant bird rests on a branch in a wetland at sunset on the outskirts of Gauhati, India, Thursday, November 5, 2020. (Photo by Anupam Nath/AP Photo) 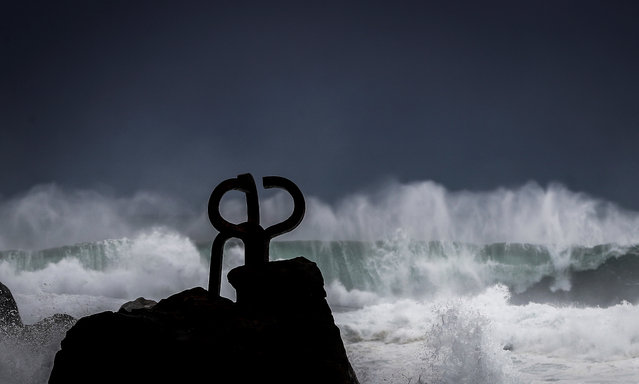 Waves hit against Eduargo Chillida's sculpture “Peine del Viento” (“The Wind's Comb”) at the Cantabrian coast in San Sebastian city, northern Spain, 26 October 2020. Spain's State Agency of Meteorology (Aemet) forecasts abundant rain and storms in the Bay of Biscay and strong winds for 26 October, also in the eastern Andalusian coast, while temperatures will fall in much of the country, notably in the eastern half of the peninsula, and in the Balearic Islands. (Photo by Javier Etxezarreta/EPA/EFE) 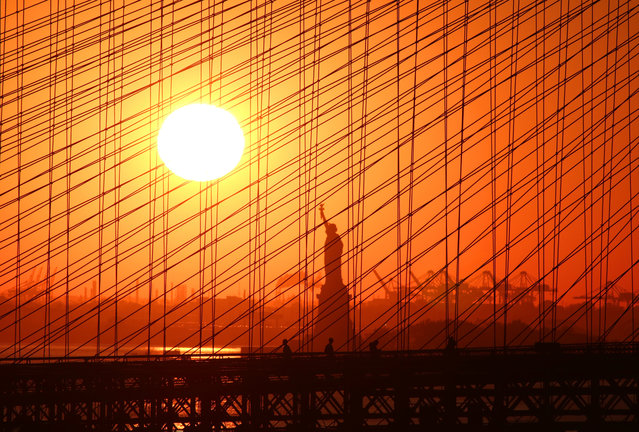 People walk across the Brooklyn Bridge as the sun sets behind the Statue of Liberty on November 4, 2020 in New York City. (Photo by Gary Hershorn/Getty Images) 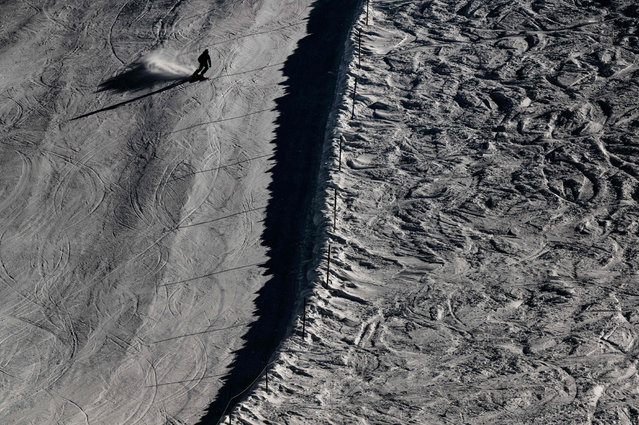 A person ski on the opening day of the Les 2 Alpes French resort on October 17, 2020. (Photo by Jeff Pachoud/AFP Photo) 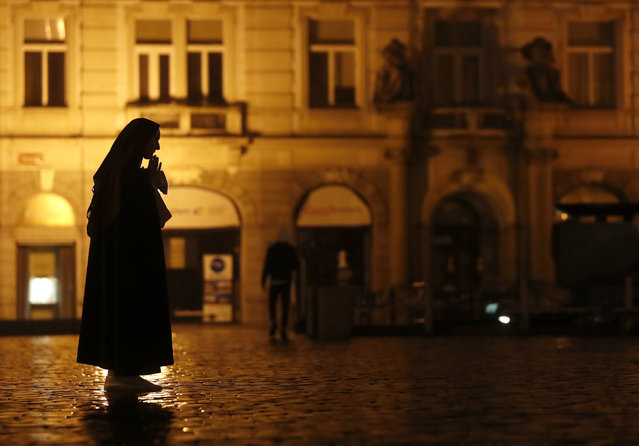