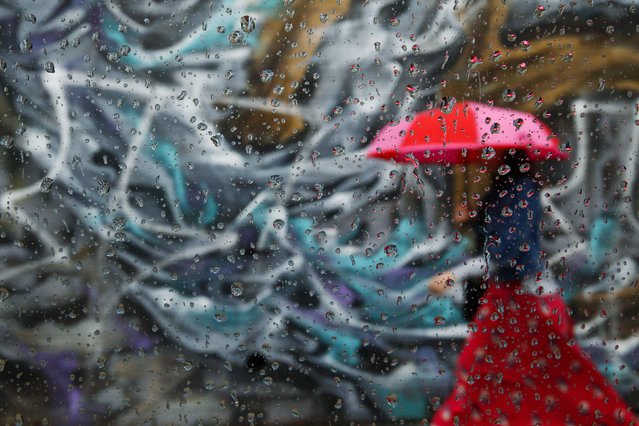 A woman walks past graffiti on a wall in the Williamsburg neighborhood of the borough of Brooklyn, in New York, September 16, 2014. The picture was taken through car window with raindrops. (Photo by Shannon Stapleton/Reuters) 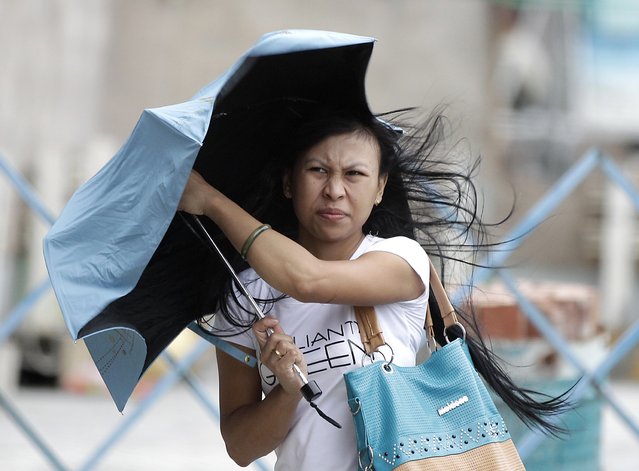 A woman holds her umbrella while walking against strong winds as tropical storm Fung-wong hits Taiwan, in Taipei September 21, 2014. (Photo by Pichi Chuang/Reuters) 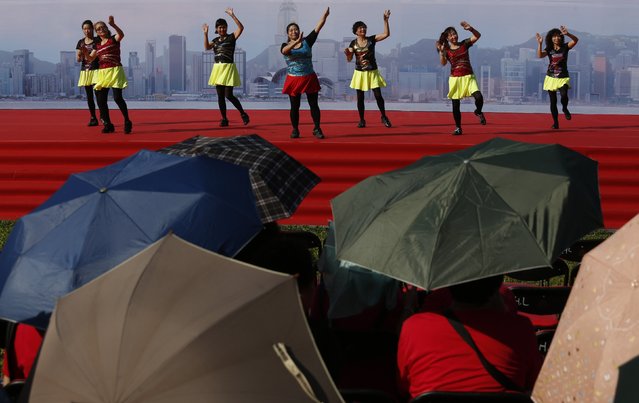 Performers dance at a pro-China event celebrating the upcoming Chinese National Day, held beside a student rally demanding true democracy, in Hong Kong September 26, 2014. Hundreds of children joined students demanding greater democracy for Hong Kong on Friday, capping a week-long campaign that has seen a large cut-out depicting the territory's leader as the devil paraded through the city and calls for him to resign. (Photo by Bobby Yip/Reuters) 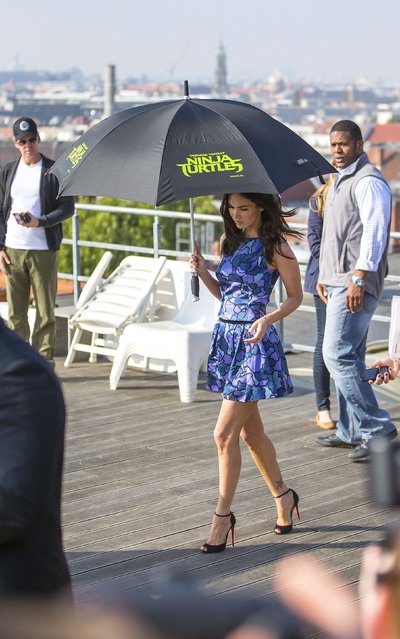 Cast member Megan Fox arrives on a roof garden with an umbrella to avoid the sunlight for a photo call for the movie “Teenage Mutant Ninja Turtles” in Berlin October 5, 2014. (Photo by Hannibal Hanschke/Reuters) 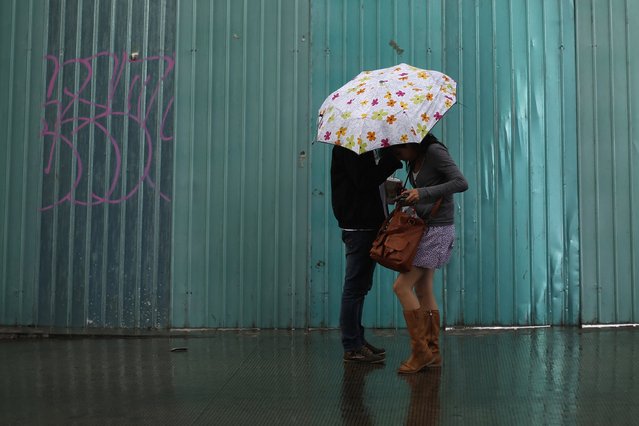 A couple shelters under an umbrella as it rains in downtown Mexico City October 2, 2014. (Photo by Tomas Bravo/Reuters) 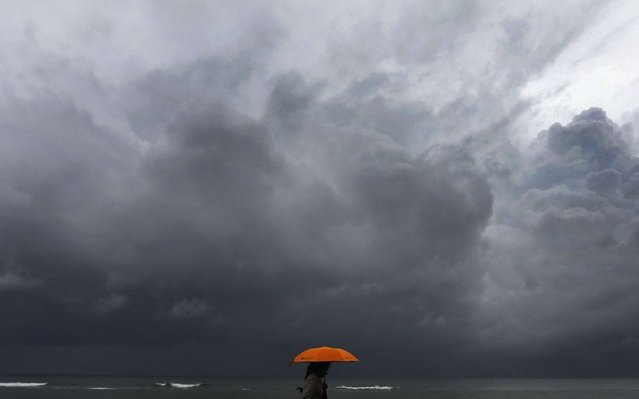 A woman holds an umbrella as heads to a railway station after work during a rainy day in Colombo October 17, 2014. (Photo by Dinuka Liyanawatte/Reuters) 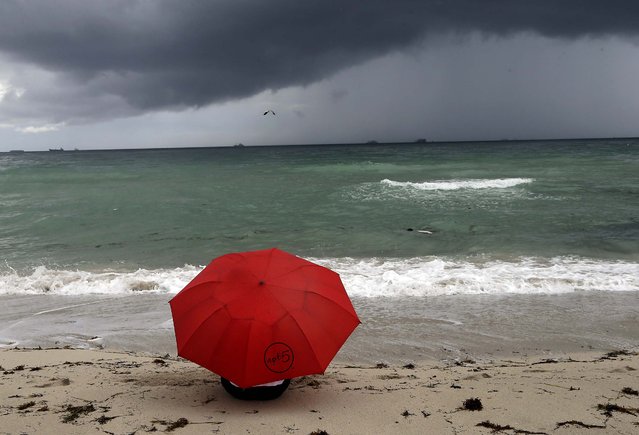 A beachgoer sits under an umbrella as storm clouds gather in the distance,Tuesday, September 23, 2014, in Miami Beach, Fla. According to weather reports, there is an eighty percent chance of rain in South Florida Tuesday. (Photo by Lynne Sladky/AP Photo) 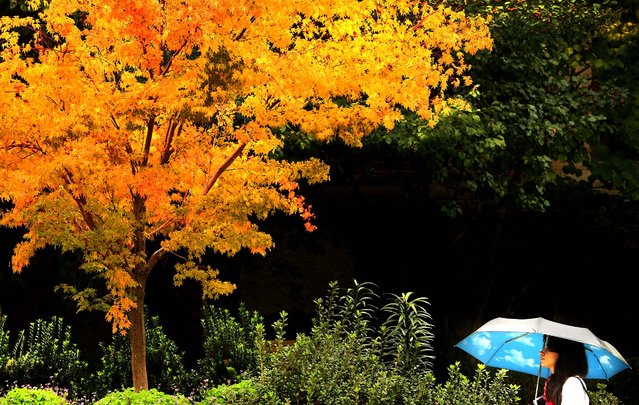 A woman walks on the University of Oregon campus in Eugene, on September 29, 2014. (Photo by Brian Davies/The Register-Guard) 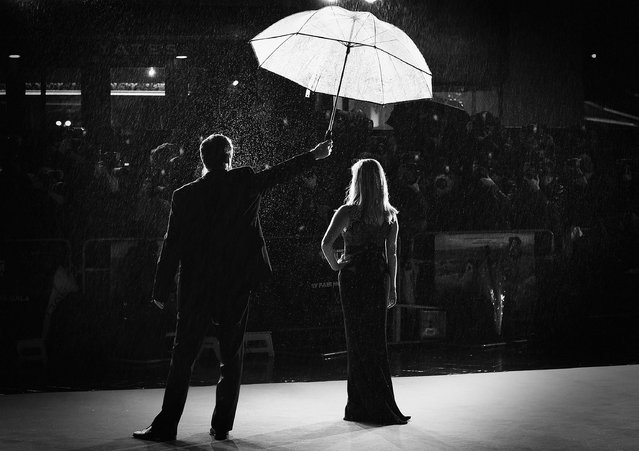 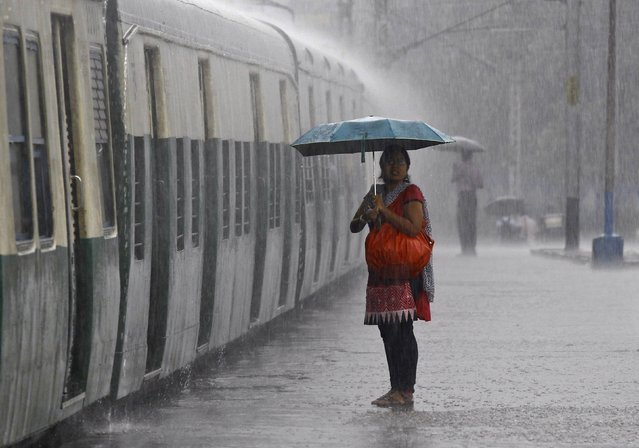 A woman holds an umbrella while waiting to board a train during a heavy rain shower at a railway station in Kolkata September 20, 2014. Weather officials expect rains to weaken from this weekend as the June-September monsoon season begins a delayed retreat. (Photo by Rupak De Chowdhuri/Reuters) 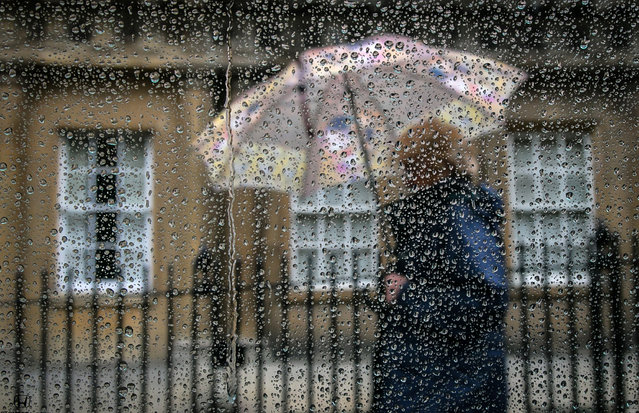 A woman passes a window covered in rain drops on October 6, 2014 in Bath, England. After one of the warmest and driest September months in recent years, the weather for October has turned much more autumnal, with a period of unsettled weather forecasted bringing much more wet and windy conditions to the UK. (Photo by Matt Cardy/Getty Images)
Edit Del
20 Oct 2014 09:04:00, post received 0 comments
Publication archive:
←   →
Popular tags:
All tags
Last searches: