Fact Simply Some Photos: in the Fog 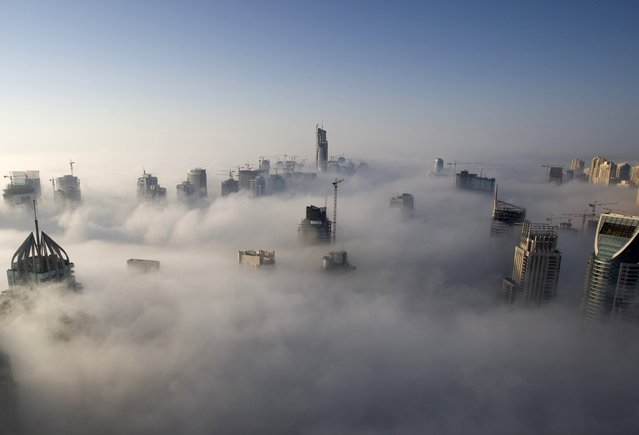 Heavy fog rolls by early in the morning near the Dubai Marina, United Arab Emirates, in this November 21, 2007 file photo. (Photo by Steve Crisp/Reuters) 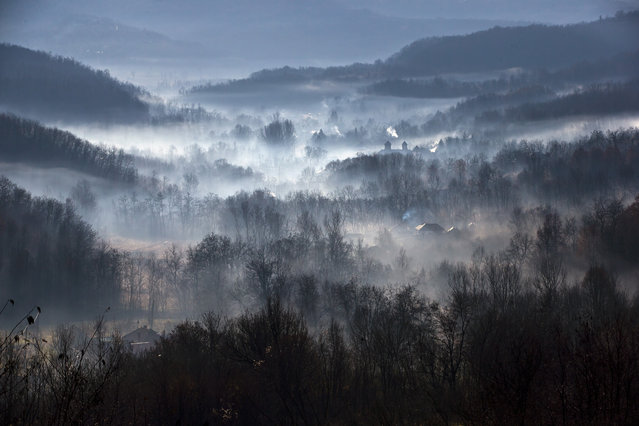 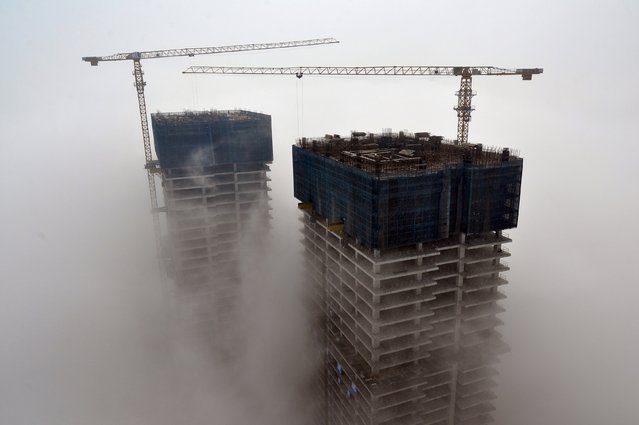 Buildings under construction are seen among fog in Rizhao, Shandong province, China, May 19, 2015. (Photo by Reuters/Stringer)

Downtown buildings rise above a low-level morning fog as Mount Rainier is seen some 80 miles distant Friday, January 9, 2015, in this view from atop the Space Needle in Seattle. (Photo by Elaine Thompson/AP Photo) 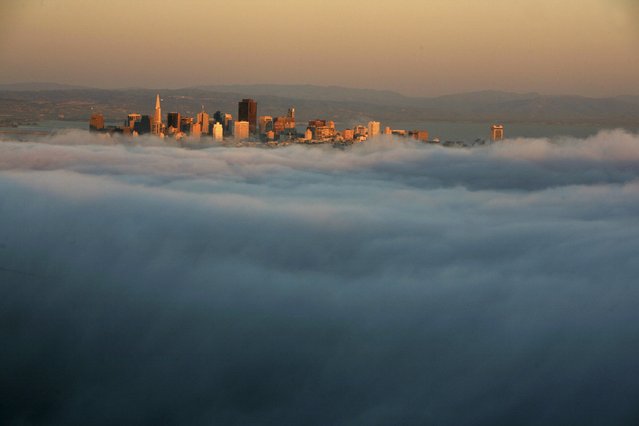 The skyline of San Francisco appears above the evening fog as the suns sets on the Marin Headlands in Sausalito, California, United States in this April 18, 2009 file photo. (Photo by Robert Galbraith/Reuters) 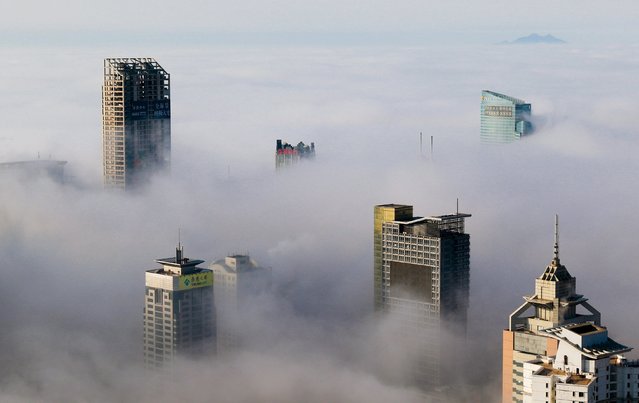 Buildings are seen among fog in Qingdao, Shandong province, China in this March 27, 2015 file photo. (Photo by Reuters/Stringer) 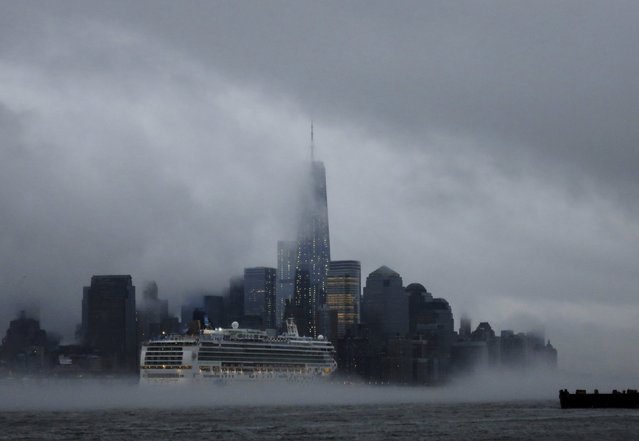 A cruise ship makes its way past New York's Lower Manhattan and One World Trade Center as steam rises from the Hudson River as seen from Hoboken, New Jersey, United States in this January 11, 2014 file photo. (Photo by Gary Hershorn/Reuters) 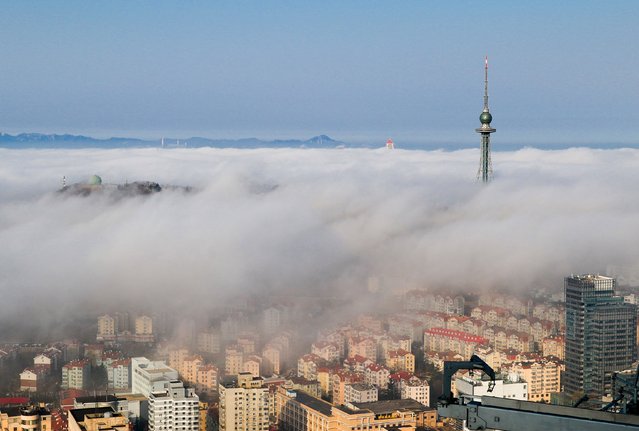 Residential buildings are seen among fog in Qingdao, Shandong province, China in this March 27, 2015 file photo. (Photo by Reuters/Stringer) 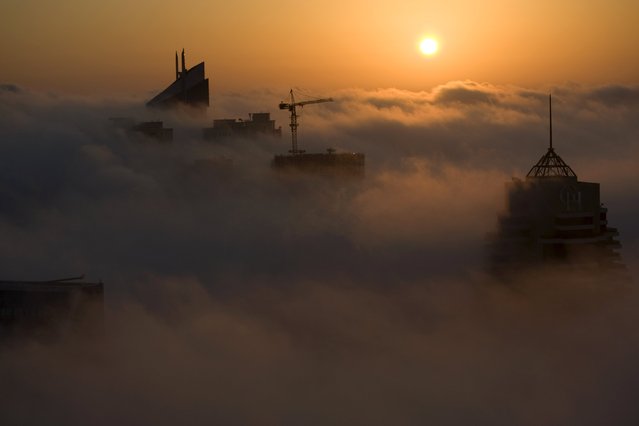 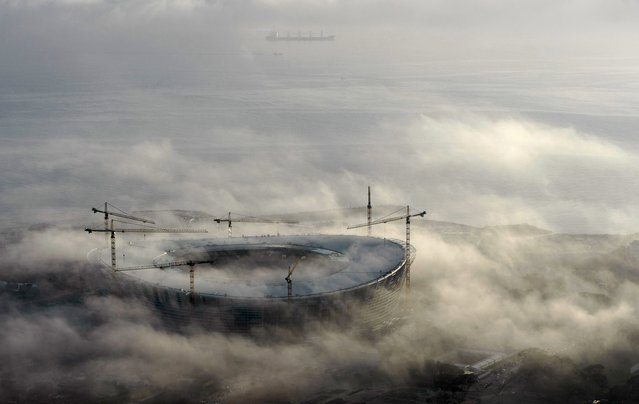 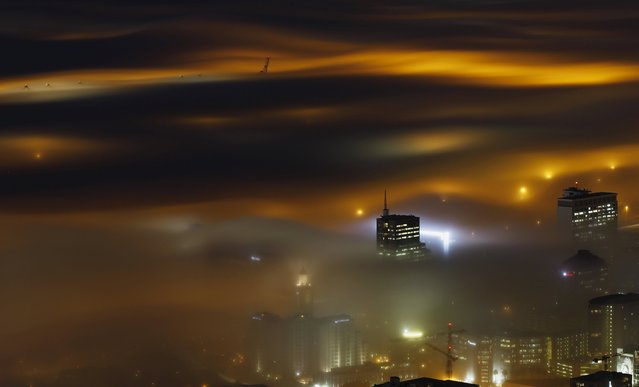 A long exposure picture shows a seasonal fog illuminated by the lights of Cape Town harbour as the city prepares for the start of the southern hemisphere winter, in South Africa, in this May 8, 2012 file photo. (Photo by Mike Hutchings/Reuters) 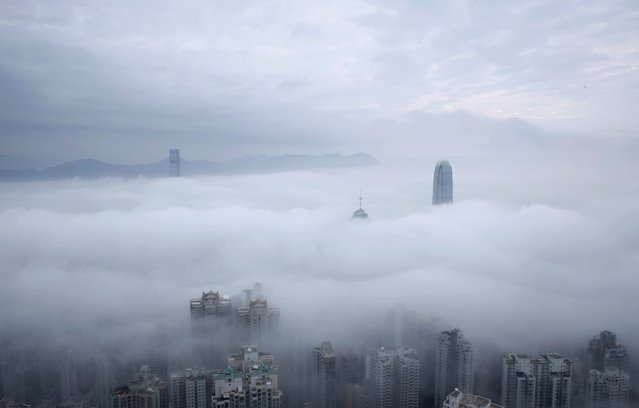 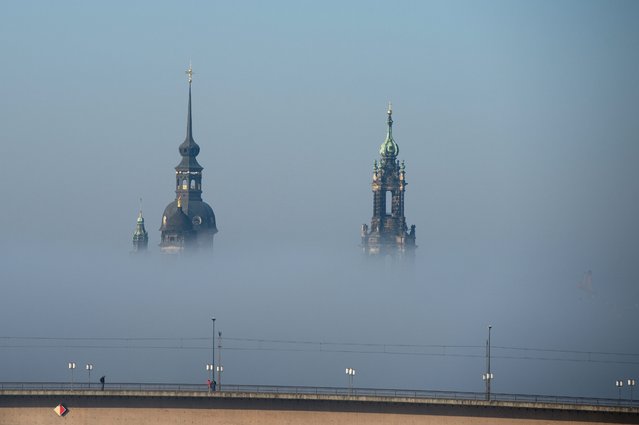 The spires of the Hausmannsturm of the Schloss (L) and the Catholic Hofkirche church are visible above heavy fog in Dresden, Germany, 12 February 2015. (Photo by Arno Burgi/EPA) 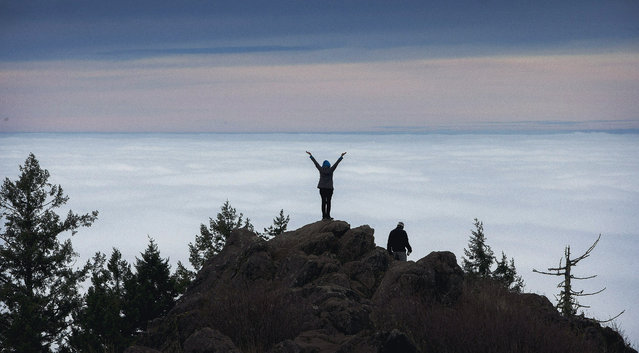 It might have been foggy in the Willamette Valley, but Cerridwen Martin was able to revel in a view of the top of the clouds from the summit of Spencer Butte in Eugene, Ore., on Tuesday, December 16, 2014. Martin was joined by Joe Martinson, right, for the 1.1 mile trek. Fog shrouded much of the city for most of the day. (Photo by Andy Nelson/AP Photo/The Register-Guard) 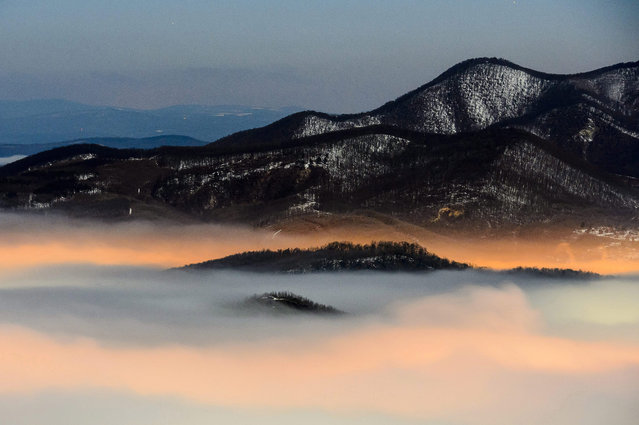