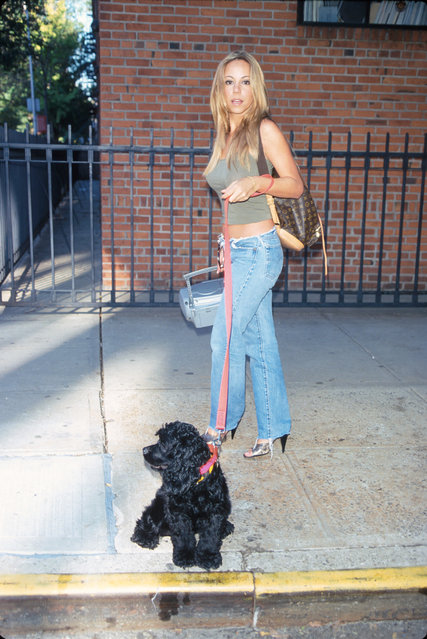 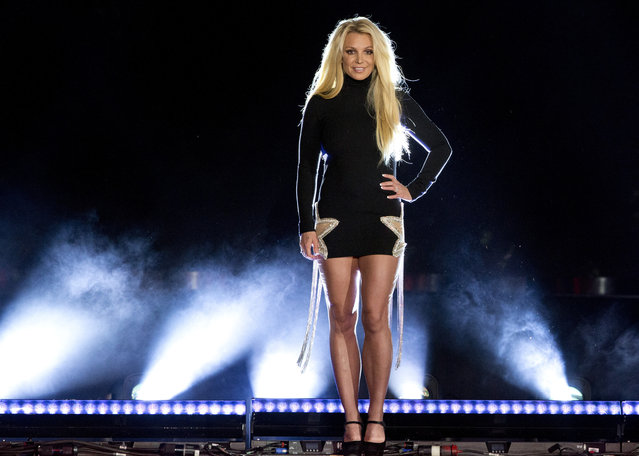 In this Thursday, Octoner 18, 2018, file photo, singer Britney Spears makes an appearance in front of the Park MGM hotel-casino in Las Vegas. Spears wants to be freed from her father. In a recent series of court maneuvers, Spears has sought greater say over her life and affairs, which for years have been under the control of a court conservatorship run mostly by her father, James Spears. (Photo by Steve Marcus/Las Vegas Sun via AP Photo/File) 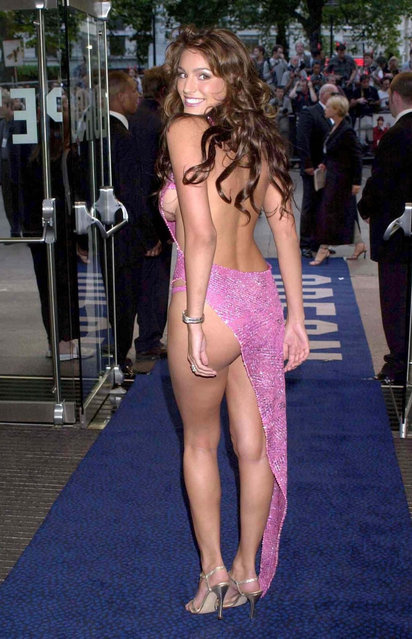 English model, actress, and media personality Kelly Brook wearing a revealing dress designed by Julien MacDonald, as she arrives for the premiere of the film “Snatch”, at the Odeon Leicester Square in London, England on August 23, 2000. (Photo by Richard Young/Rex Features/Shutterstock) 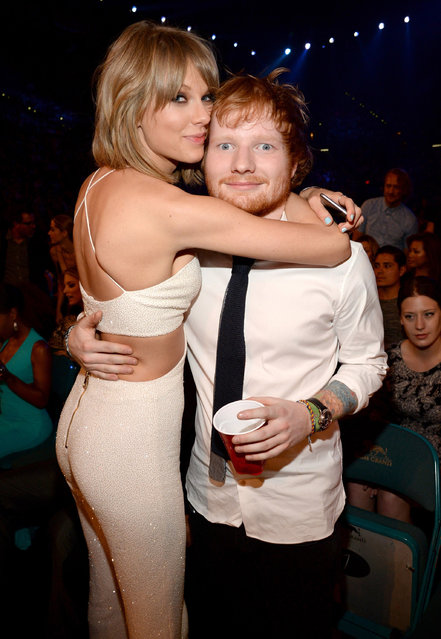 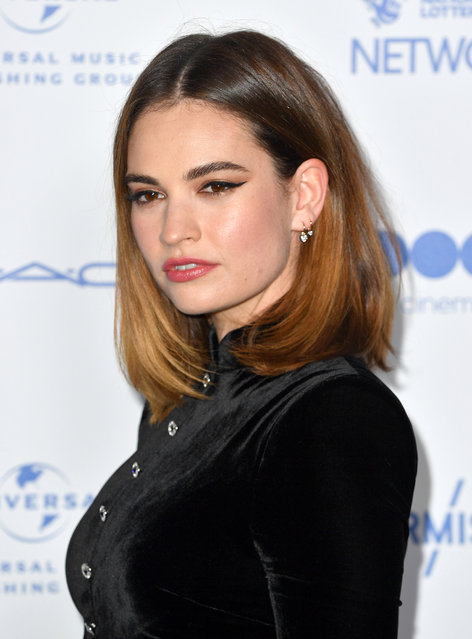 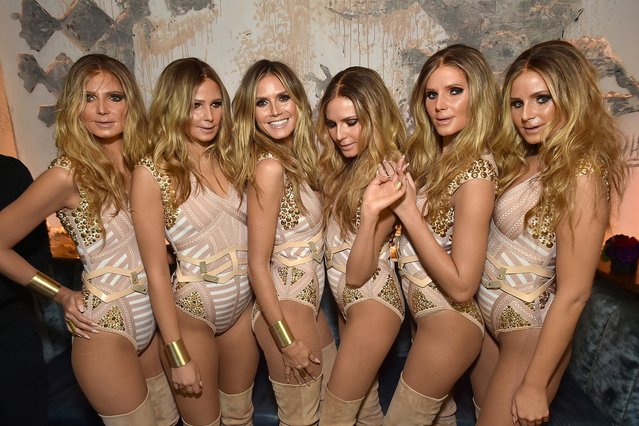 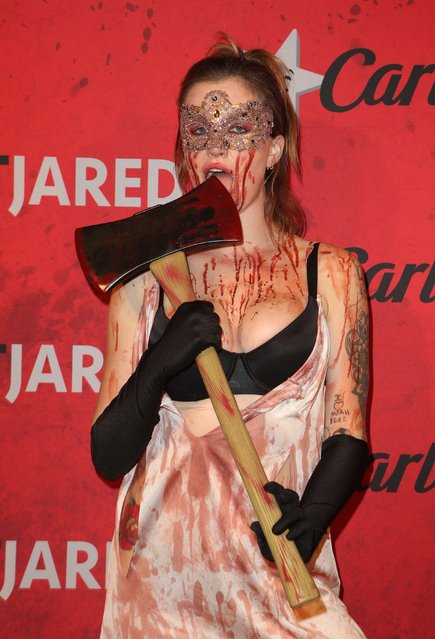 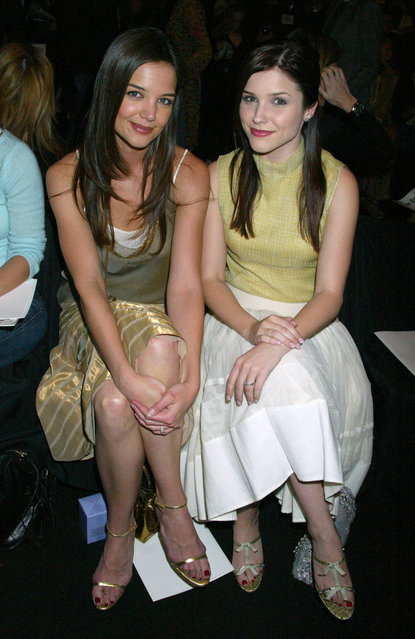 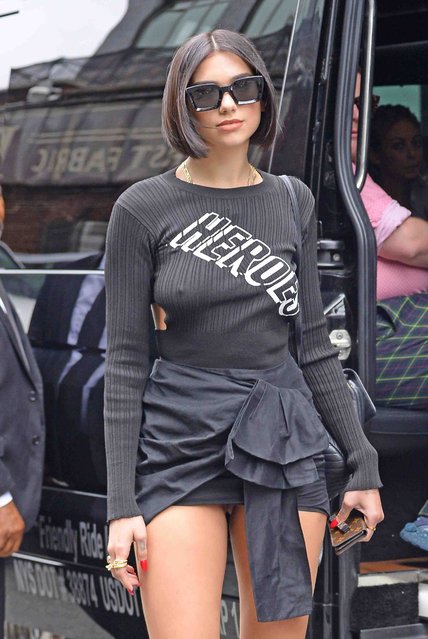 English singer Dua Lipa, 22, proved she was a force to be reckoned with in the style department as well, as she stepped out in New York on Thursday July 26, 2018. (Photo by Edward Opi/Splash News and Pictures) 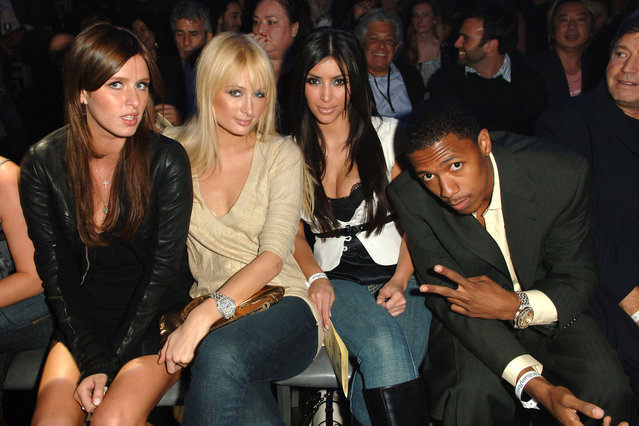 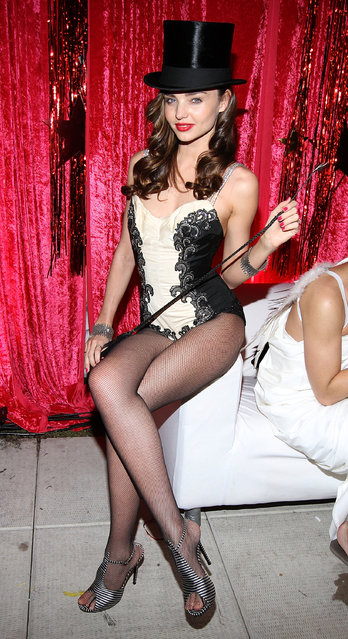 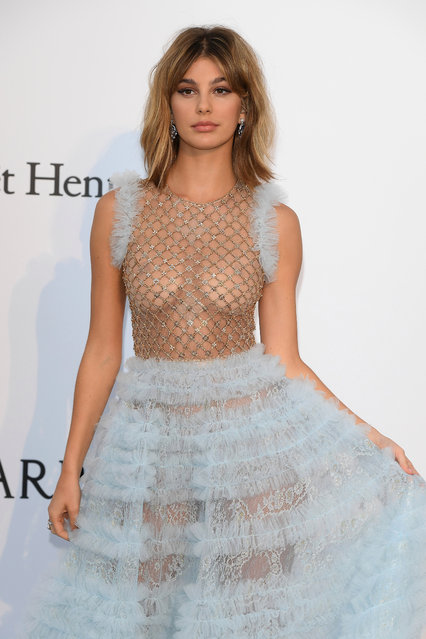 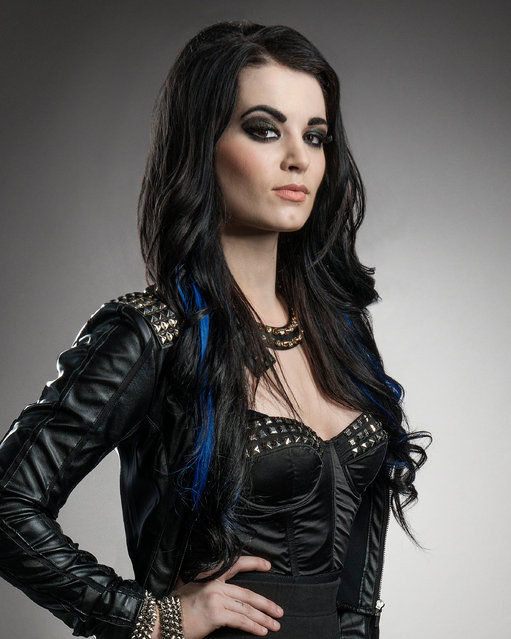 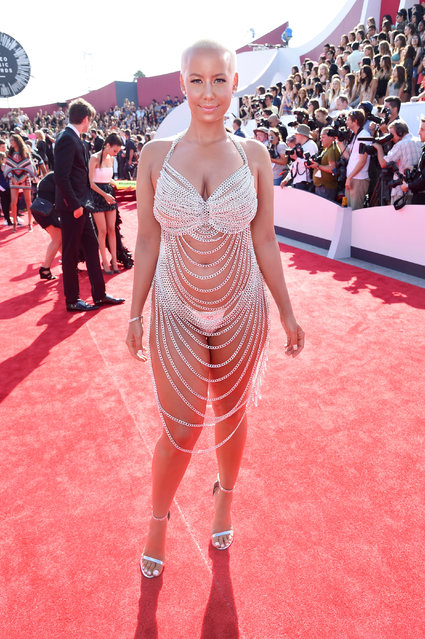 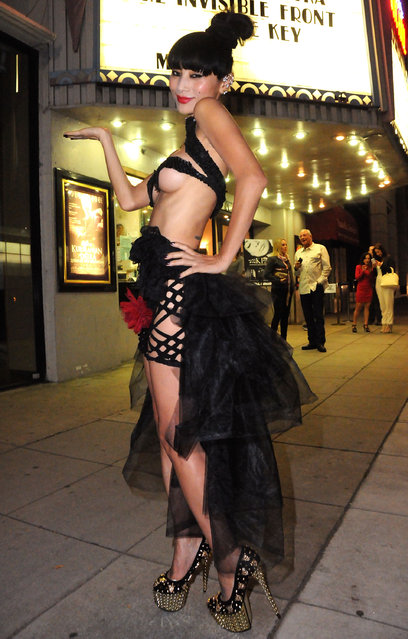