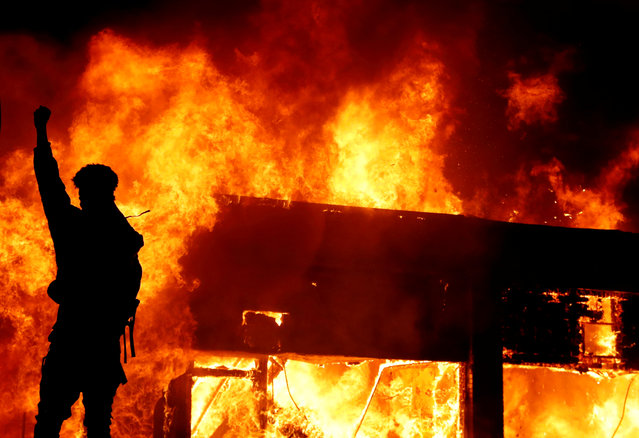 A protester gestures in front of a fire during a demonstration against the death in Minneapolis police custody of African-American man George Floyd, in Minneapolis, Minnesota, U.S., early May 30, 2020. (Photo by Lucas Jackson/Reuters) 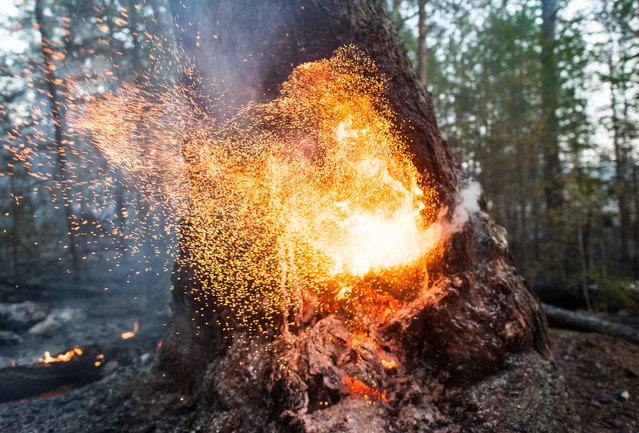 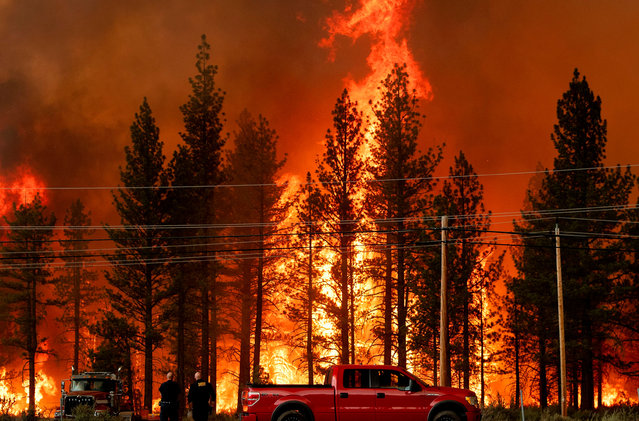 Sheriff officers watch as flames from the Hog fire approach highway 36 about 5 miles from Susanville, California on July 20, 2020. The fire exploded to more than 6,000 acres and created its own weather, generating lightning, thunder, rain and fire whirls out of a huge pyrocumulonimbus ash plume towering above. The Lassen County Sheriff's office issued a mandatory evacuation order for the area. (Photo by Josh Edelson/AFP Photo) 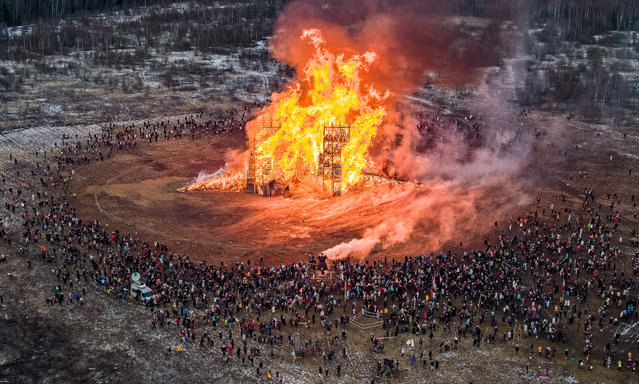 People watch a sculpture of a bridge burning at the Maslenitsa (Shrovetide) festival at the Nikola-Lenivets art park in Nikola-Lenivets village, about 200 kilometers (125 miles) south-west of Moscow, Russia, Saturday, February 29, 2020. Maslenitsa is a traditional Russian holiday marking the end of winter that dates back to the pagan times. (Photo by Dmitry Serebryakov/AP Photo) 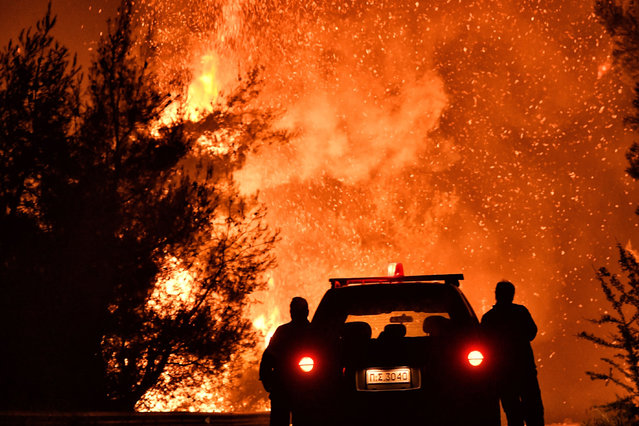 Firefighters stand near a pine forest wildfire fanned by strong winds near the village of Athikia, in Peloponnese area near Corinth late on July 22, 2020. Greek authorities evacuated five settlements as a precaution. Summer fires are frequent in Greece, with temperatures regularly over 30 degrees Celsius (86 degrees Fahrenheit). In July 2018 a fire left 102 people dead in the worst such tragedy in modern Greek history, in Mati, a coastal resort northeast of Athens. (Photo by Valérie Gache/AFP Photo) 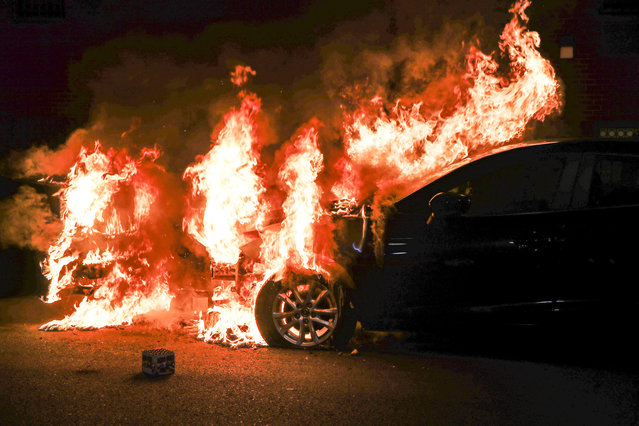 A box of spent fireworks rests on the street near two burning vehicles Wednesday, July 1, 2020, in the Bedford-Stuyvesant neighborhood of the Brooklyn borough of New York. (Photo by John Minchillo/AP Photo) 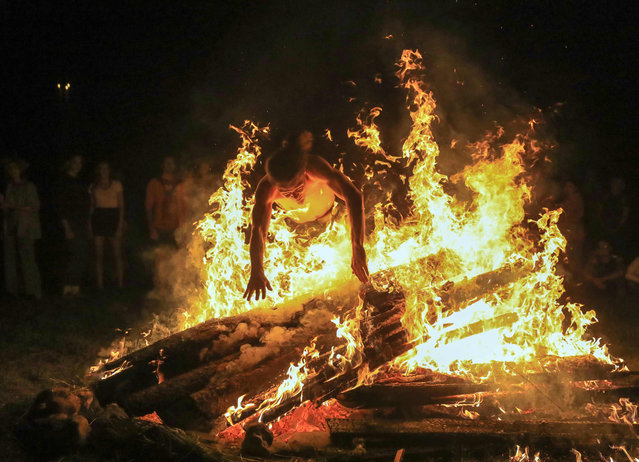 A young man jumps over the fire as people take part in a traditional mid-summer solstice night celebration (Rasos Festival) at the Open-Air Museum of Lithuania in Rumsiskes, east of Kaunas, Lithuania, on late June 23, 2020. (Photo by Petras Malukas/AFP Photo) 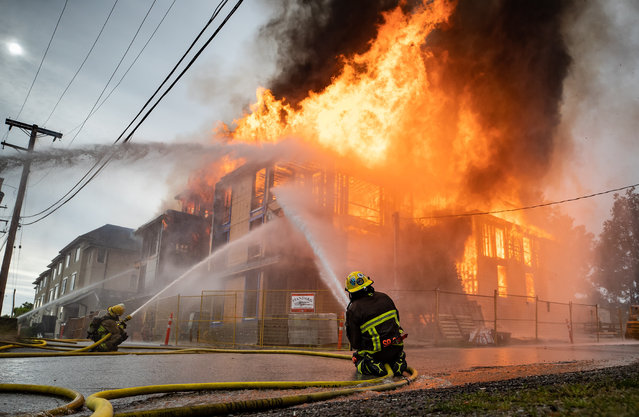 Firefighters battle a three-alarm fire at a four storey residential building under construction in Vancouver, on Thursday, June 18, 2020. (Photo by Canadian Press/Rex Features/Shutterstock) 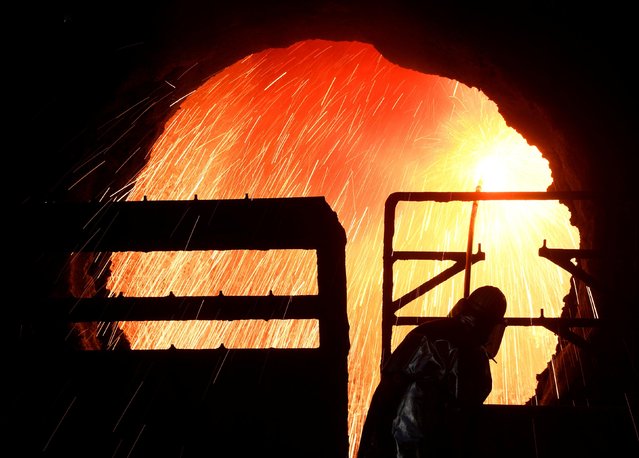 A steelworker cleans a cylinder at the plant of German steel company Salzgitter AG in Salzgitter, Germany on March 2, 2020. (Photo by Fabian Bimmer/Reuters) 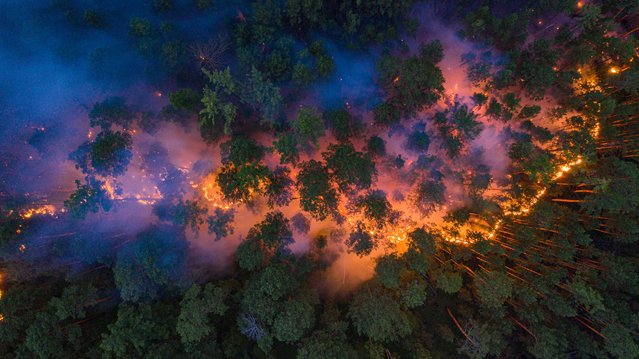 An aerial view shows a forest fire in Krasnoyarsk Region, Russia on July 17, 2020. Sweltering heat and dry weather have helped wildfires spread across Siberia and into the boreal forest and tundra that blanket northern Russia. (Photo by Julia Petrenko/Greenpeace/Handout via Reuters) 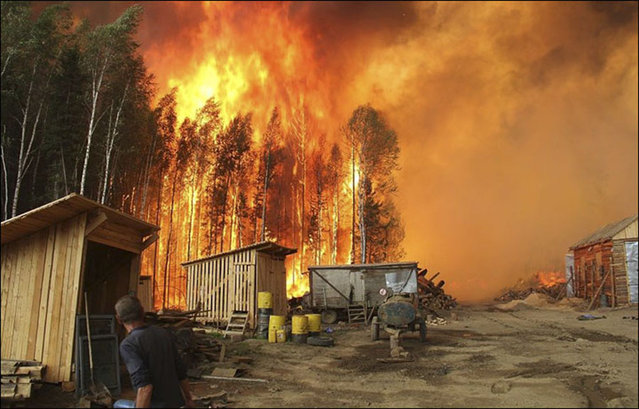 A 2015 file photo of a blaze near Lake Baikal, Russia. 2015 was the second-worst year on record for Russian wildfires and this year's blazes have begun unusually early. (Photo by The Siberian Time/Radio Free Europe/Radio Liberty) 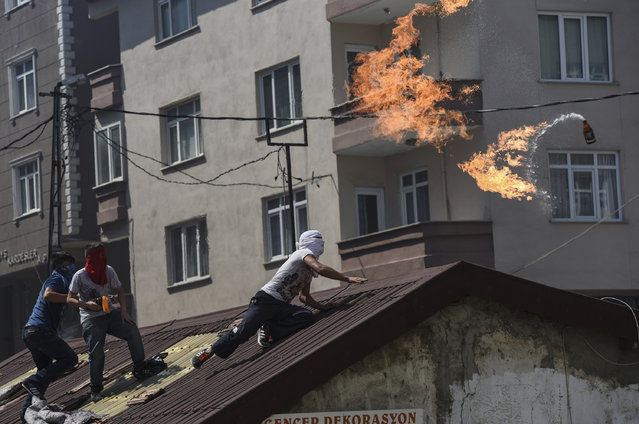 A left-wing militant throws a Molotov cocktail during clashes with Turkish riot police in Istanbul's Gazi district, on July 26, 2015. Tensions across the country are high, with police routinely using water cannon to disperse nightly protests in Istanbul and other cities denouncing IS and the government's policies on Syria. Turkey has launched a two-pronged "anti-terror" cross-border offensive against Islamic State (IS) jihadists and Kurdistan Workers Party (PKK) militants after a wave of violence in the country, pounding their positions with air strikes and artillery. But the expansion of the campaign to include not just IS targets in Syria but PKK rebels in neighbouring northern Iraq – themselves bitterly opposed to the jihadists – has put in jeopardy a truce with the Kurdish militants that has largely held since 2013. (Photo by Bulent Kilic/AFP Photo) 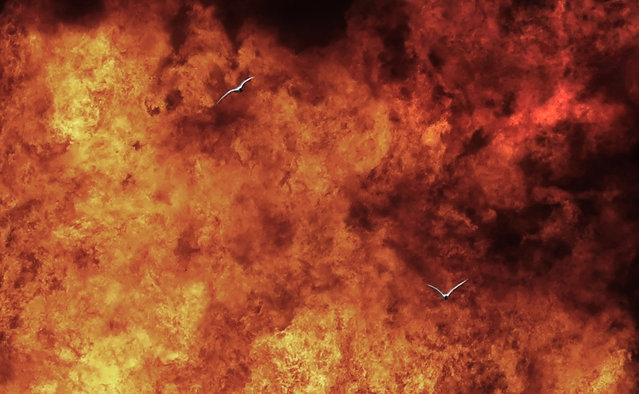 Birds fly in front of a wall of flames coming from a burning warehouse in the southern outskirts of Moscow, Russia, 28 April 2020. The flames have spread over some 5,000 square meters of a warehouse, authorities said, while three helicopters are helping to fight the blaze. There were no immediate reports of any casualties. (Photo by Maxim Shipenkov/EPA/EFE) 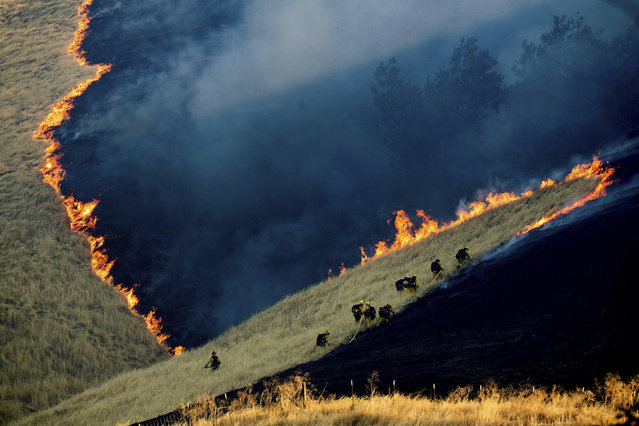 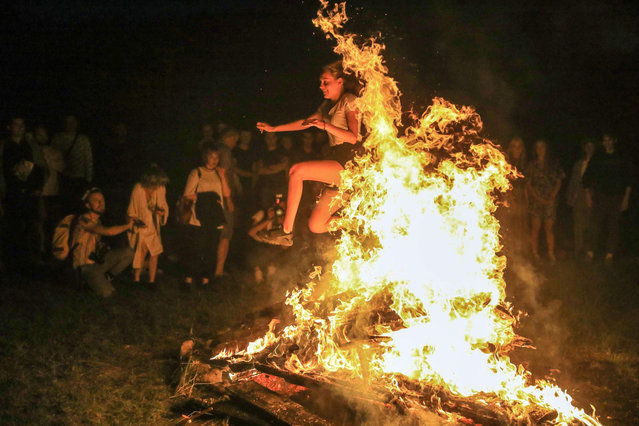