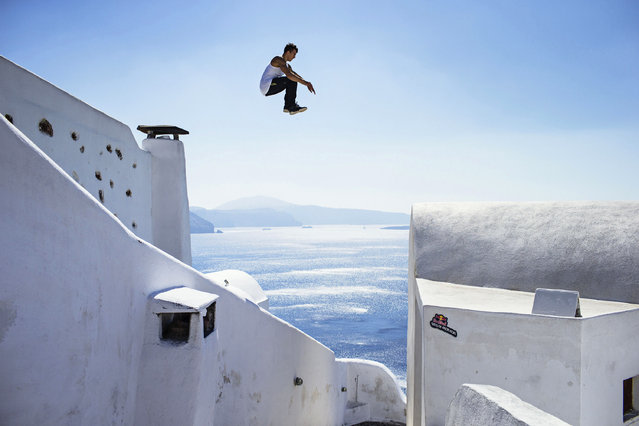 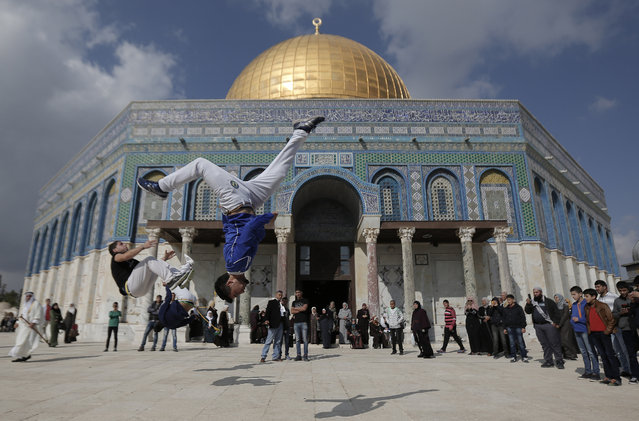 Palestinian youths pratice parkour outside the Dome of the Rock mosque at the Al-Aqsa mosque compound following Friday prayers in the Old City of Jerusalem on November 21, 2014. Tens of thousands of Muslims prayed at Jerusalem's flashpoint Al-Aqsa mosque Friday, after Israeli eased age restrictions on entry for a second straight week despite high tension after a wave of violence. (Photo by Ahmad Gharabli/AFP Photo) 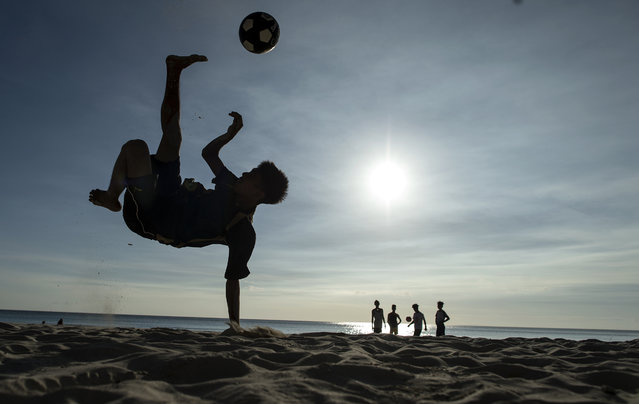 A boy plays football along a beach on the Philippine island of Boracay on October 25, 2018. The Philippines re-opens its crown jewel resort island Boracay to holidaymakers on October 26, after a six-month clean up aimed at repairing the damage inflicted by years of unrestrained mass tourism. (Photo by Noel Celis/AFP Photo) 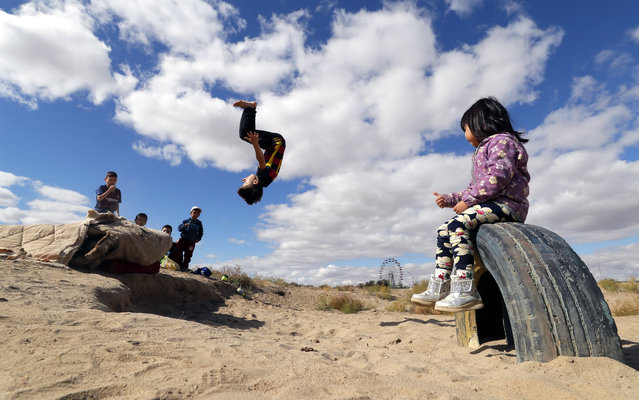 Children play at a park in Baikonur, Kazakhstan, 07 October 2018. Baikonur is the location of the Russian leased Baikonur cosmodrome. (Photo by Yuri Kochetkov/EPA/EFE) 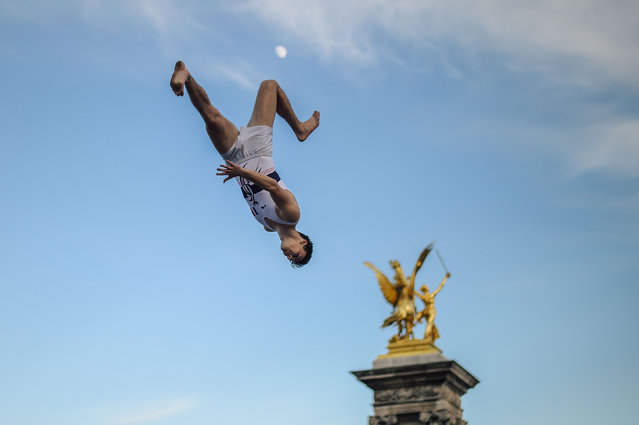 French trampoline athlete performs in front of the public on the Pont Alexandre III in the center of Paris during the “Olympics Day” organized by the city of Paris and the “Comité National Olympique et Sportif Français” (CNOSF) to celebrate the upcoming of the 2024 Paris Olympics Games, in Paris on June 23, 2018. (Photo by Lucas Barioulet/AFP Photo) 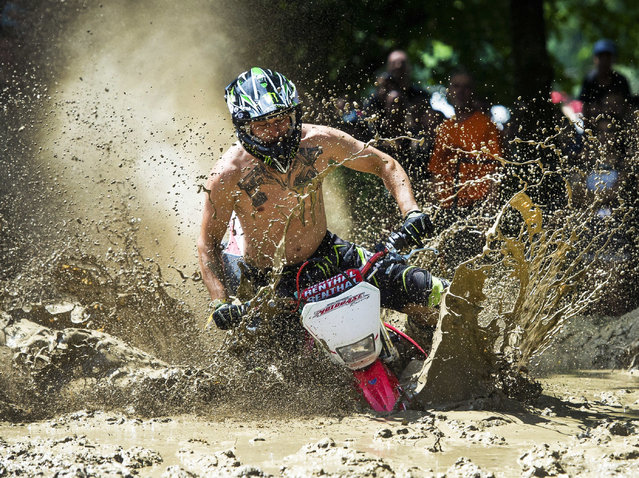 A biker competes in the speeding-in-mud race of the 19th Sirok Bike Week in Sirok, 118 kms northeast of Budapest, Hungary, Saturday, July 28, 2018. (Photo by Peter Komka/MTI via AP Photo) 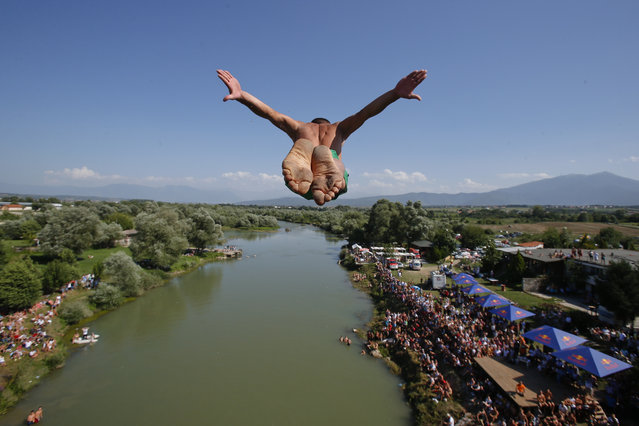 Spectators watch from the river banks as a diver launches from the Ura e Shejnt bridge during the 68th traditional annual high diving competition, near the town of Gjakova, Kosovo on Sunday, July 22, 2018. (Photo by Visar Kryeziu/AP Photo) 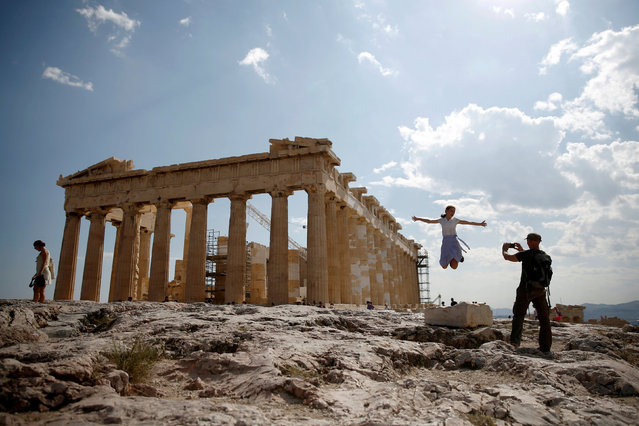 Tourists take a picture in front of the temple of the Parthenon atop the Acropolis in Athens, Greece July 20, 2018. (Photo by Costas Baltas/Reuters) 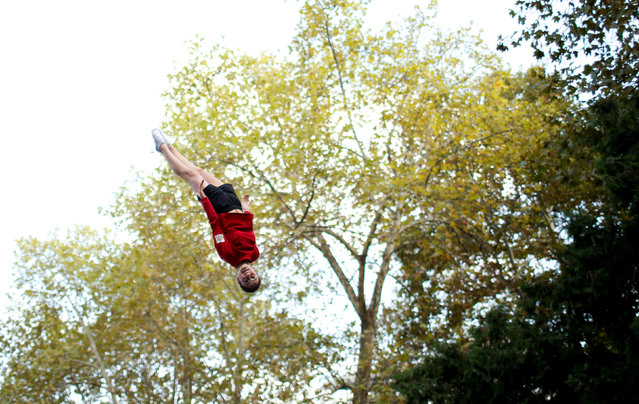 A girl performs on a trampoline during the annual Tbilisoba festival, celebrating the City Day in Tbilisi, Georgia, October 7, 2018. (Photo by David Mdzinarishvili/Reuters) 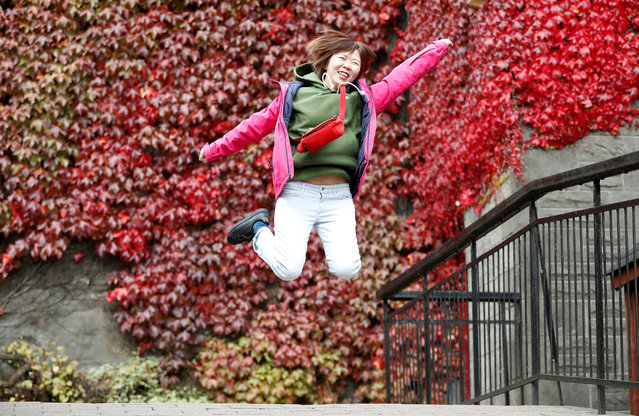 A tourist poses for a souvenir snap in front of autumn foliage in Pitlochry, Scotland, Britain September 28, 2018. (Photo by Russell Cheyne/Reuters) 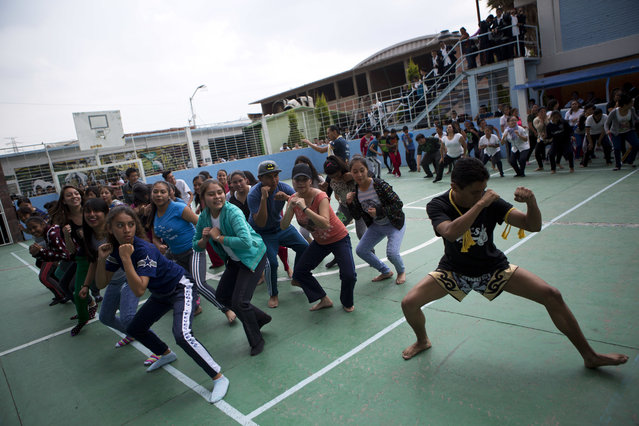 In this August 25, 2017 photo, Muay Thai practitioners lead mostly female students at a nursing school in a self-defense workshop in Nezahualcoyotl, Mexico state. “We want to help them prepare in case they have to defend themselves”, martial arts instructor Cristofer Fuentes said. (Photo by Rebecca Blackwell/AP Photo) 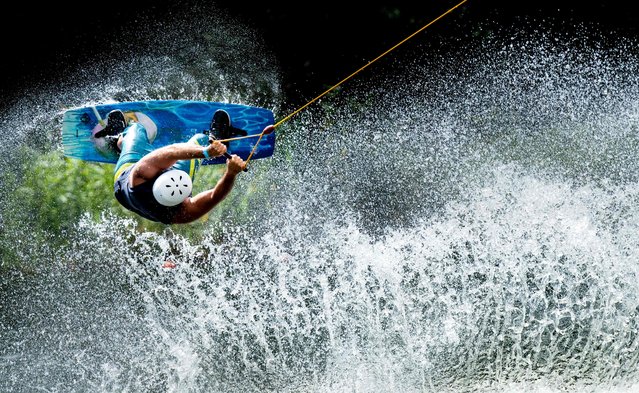 A man jumps with his wakeboard at the water ski facility at the Blauer See in Garbsen on August 5, 2018. (Photo by Peter Steffen/AFP Photo/DPA) 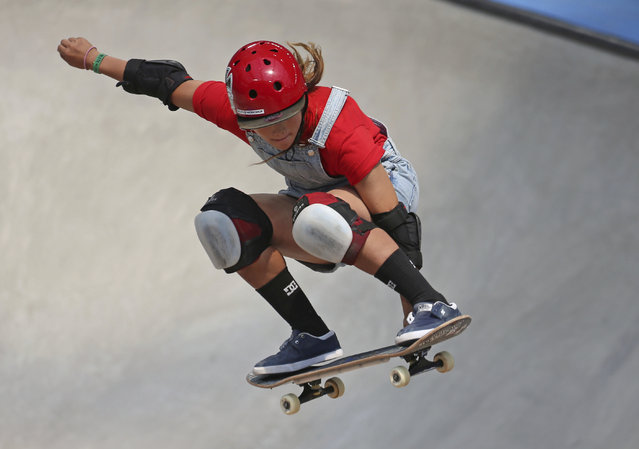 Sakura Yosozumi gets air during one of her runs in the women's skateboard park final at the X Games in Minneapolis, Sunday, July 22, 2018. (Photo by Alex Kormann/Star Tribune via AP Photo) 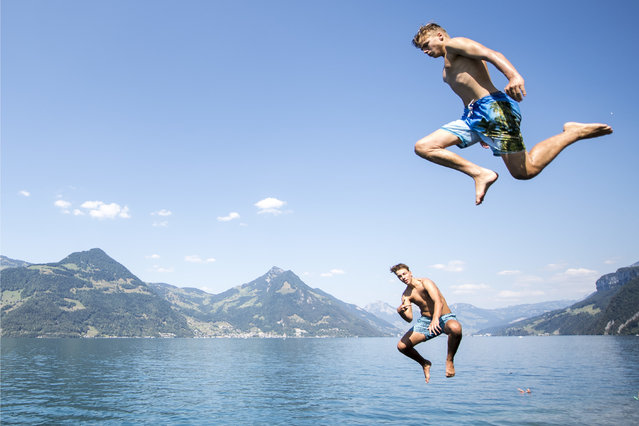 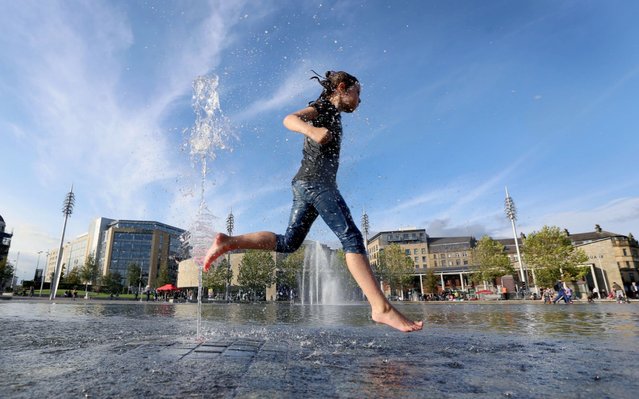 Mischa Fanning of Bradford, West Yorkshire, cools down in City Park, as many parts of the country enjoyed warm weather on October 14, 2017. (Photo by Lorne Campbell/Guzelian) 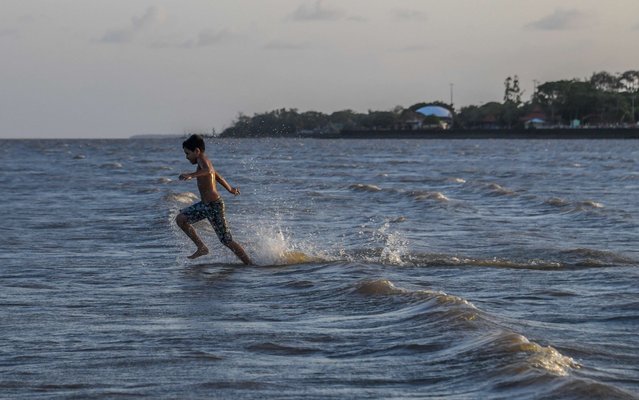 A boy runs into the Amazon river in Macapa, Amapa State, Brazil, on October 15, 2017. (Photo by Apu Gomes/AFP Photo) 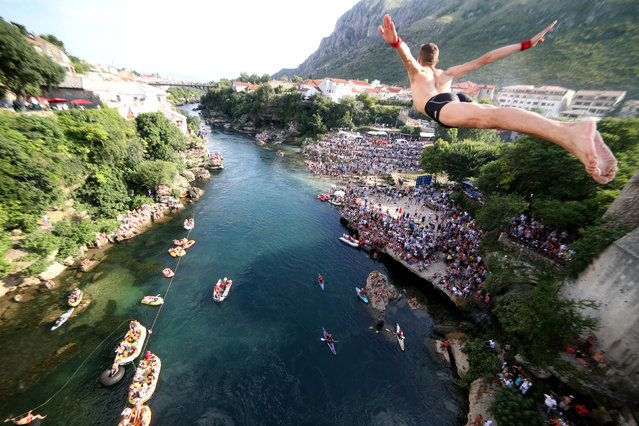