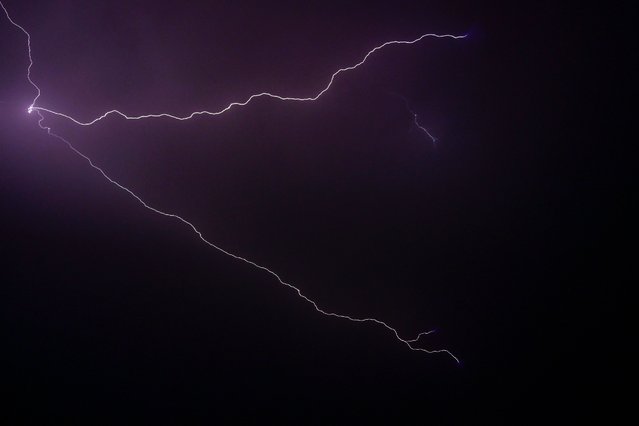 Lightning strikes through the sky over the Srinagar city on September 20, 2021. (Photo by Tauseef Mustafa/AFP Photo) 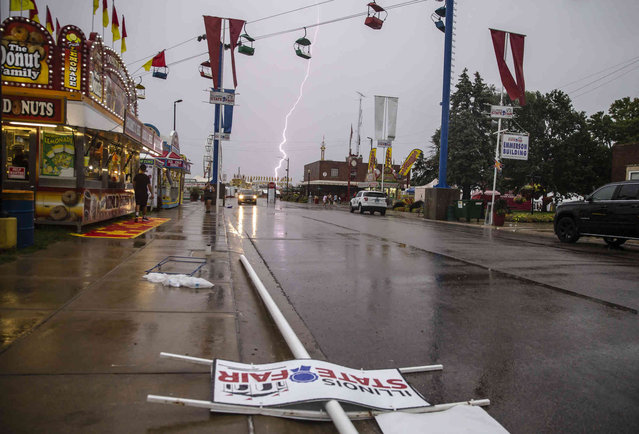 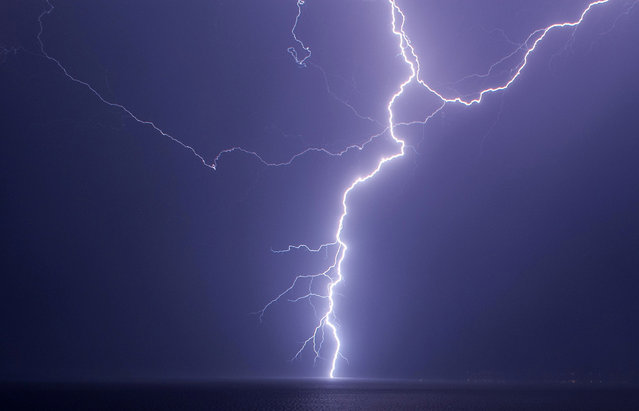 A lightning strikes the sea, as seen from the town of Neos Marmaras, Greece, July 2, 2021. (Photo by Dimitar Kyosemarliev/Reuters) 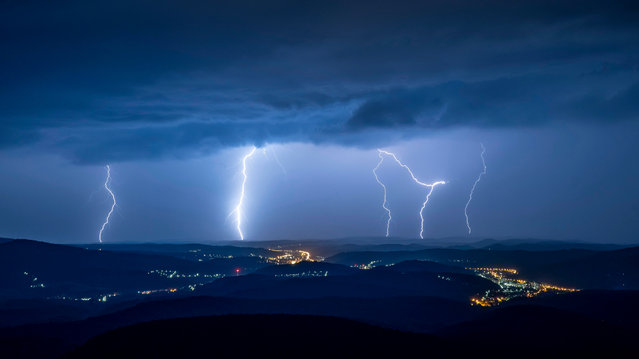 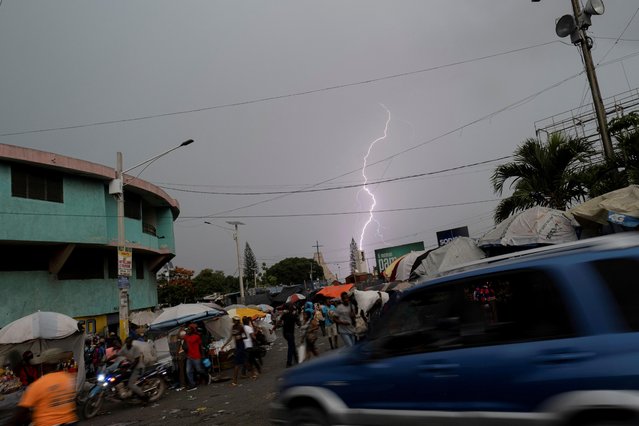 A lightning is seen striking the tower of a church, at a Petion-Ville street market in Port-au-Prince, Haiti on July 24, 2021. (Photo by Ricardo Arduengo/Reuters) 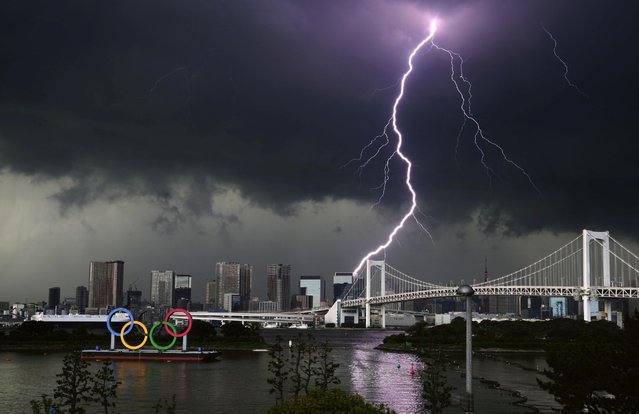 Lightning illuminates the sky over the Olympic rings and the Rainbow Bridge in Tokyo, Sunday, July 11, 2021. The opening ceremony of the postponed 2020 Summer Olympics is scheduled to be held in less than two weeks. (Photo by Kyodo News via AP Photo) 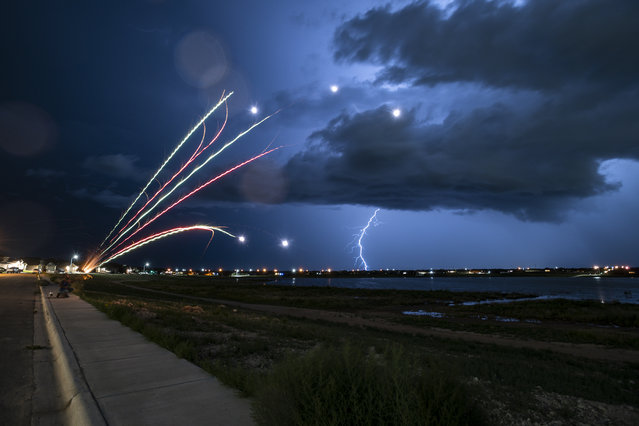 Bobby Florez lights fireworks with his nephew Kaden Perez, 5, as a lightning storm passes by in the distance Friday night, July 2, 2021, in Odessa, Texas. Flores and his family began their celebrations two nights before Independence Day. (Photo by Eli Hartman/Odessa American via AP Photo) 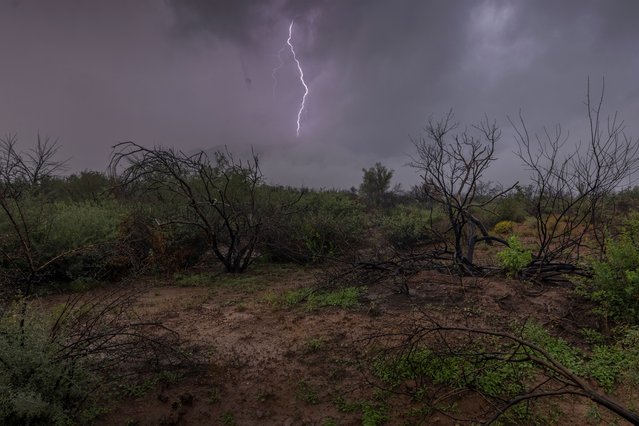 Lightning strikes a charred landscape, that burned in a major wildfire, during a monsoon thunderstorm on August 18, 2021 near Payson, Arizona. Unexpectedly heavy monsoon thunderstorms have brought a mix of some much needed drought relief as well as destructive rains. (Photo by David McNew/Getty Images) 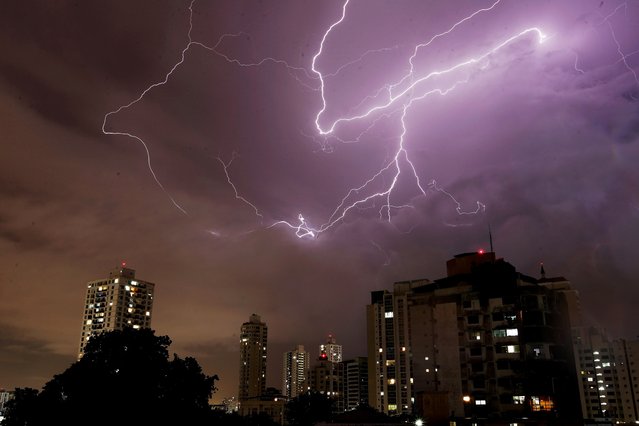 Lightening flashed across the sky during an electrical storm in Panama City, Panama, 14 September 2021. (Photo by Bienvenido Vela​sco/EPA/EFE) 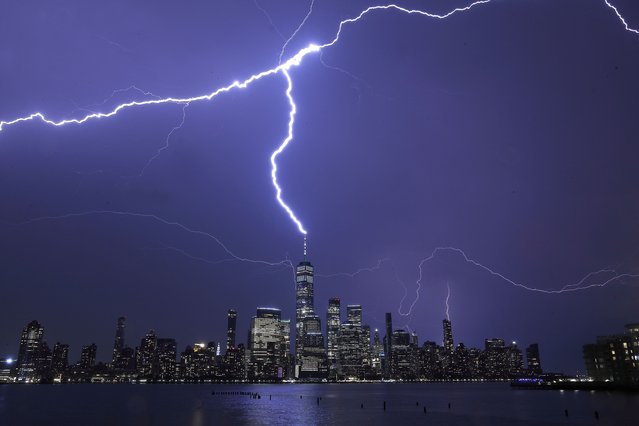 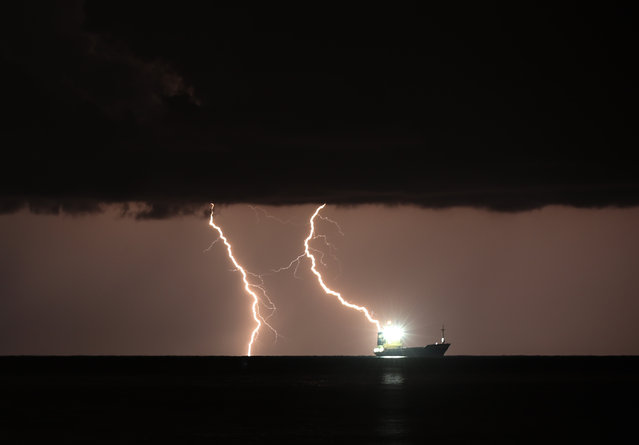 Lightnings strike over Gulf of Iskenderun at Iskenderun district in Hatay, Turkey on September 15, 2021. (Photo by Burak Milli/Anadolu Agency via Getty Images) 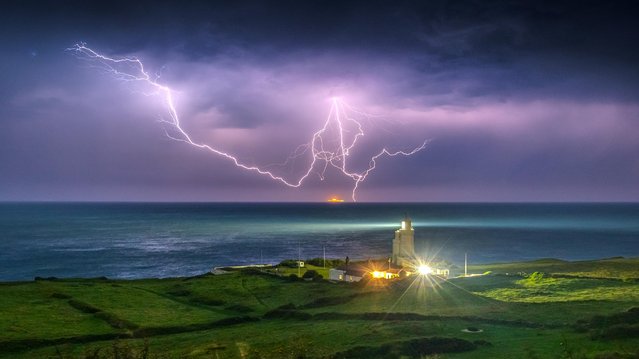 Storms over southern England in the small hours of yesterday morning, July 24, 2021, outshone the lighthouse at St Catherine’s Point on the Isle of Wight, south coast of England. (Photo by Island Visions/BNPS) 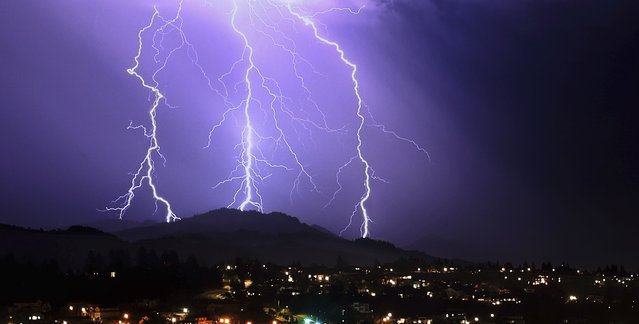 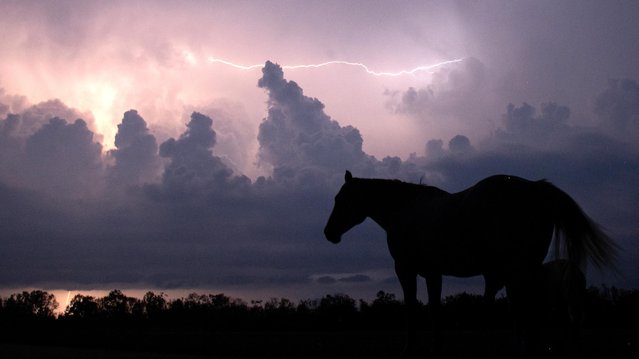 An unattended horse is seen in a lightning storm on September 02, 2021 in Belle Chasse, Louisiana. Many animals throughout Louisiana have been displaced as Hurricane Ida has torn through the Southwest causing massive damage and flooding along the Gulf Coast. Various stores remain closed and services suspended as power throughout New Orleans and its surrounding region is down. Ida made landfall as a Category 4 hurricane on August 29 in Louisiana bringing flooding and immense wind damage. (Photo by Brandon Bell/Getty Images) 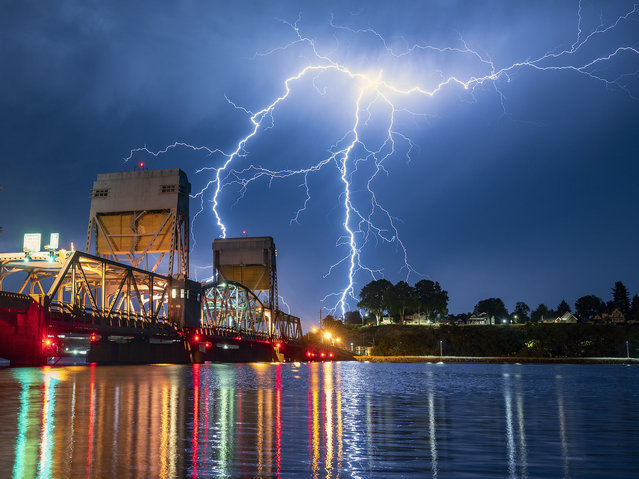 A bolt of lighting strikes over Lewiston, Idaho, behind the Interstate Bridge that spans the Snake River into Clarkston, Wash., on the morning of Thursday, July 1, 2021. Multiple thunderstorms moved through the area on Wednesday evening into Thursday morning. (Photo by Pete Caster/Lewiston Tribune via AP Photo)
Edit Del
22 Oct 2021 10:03:00, post received 0 comments
Publication archive:
←   →
Popular tags:
All tags
Last searches: