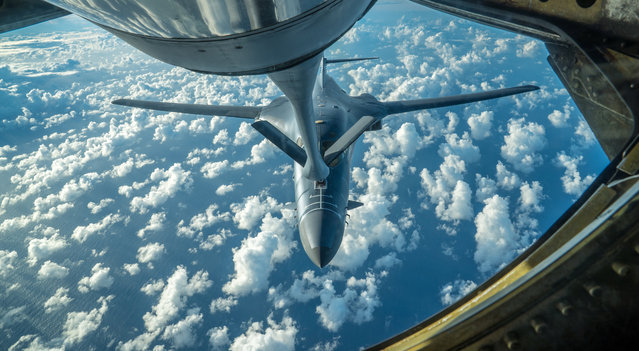 One of two U.S. Air Force B-1B Lancer bombers receives fuel from a KC-135 Stratotanker while flying a 10-hour mission from Andersen Air Force Base, Guam, into Japanese airspace and over the Korean Peninsula, July 30, 2017. (Photo by Staff Sgt. Joshua Smoot/Reuters/U.S. Air Force) 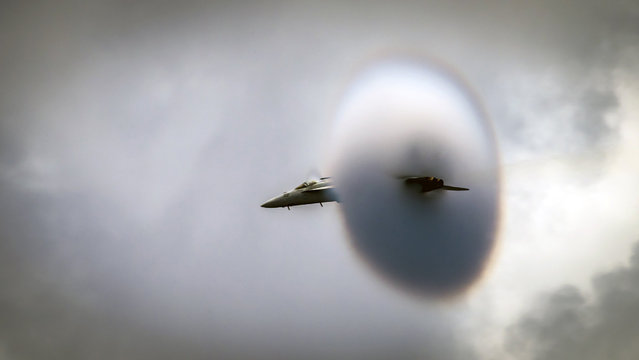 This US Navy photo obtained June 16, 2017 shows An F/A-18E Super Hornet assigned to the “Golden Dragons” of Strike Fighter Squadron (VFA) 192 as it conducts a high-speed flyby during an air-power demonstration in the western Pacific on June 12, 2017. The US Navy has patrolled the Indo-Asia-Pacific routinely for more than 70 years promoting regional peace and security. (Photo by Matthew Granito/AFP Photo/US Navy) 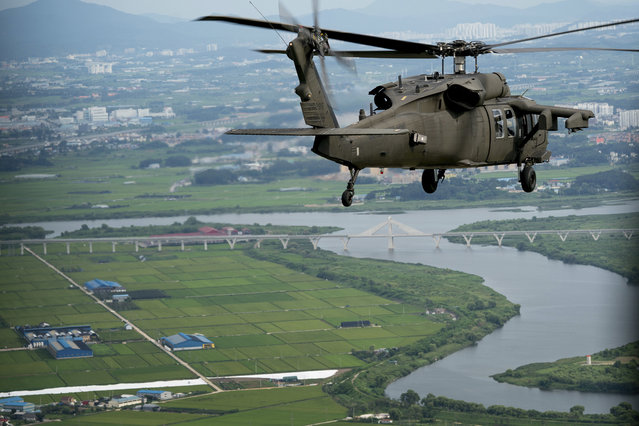 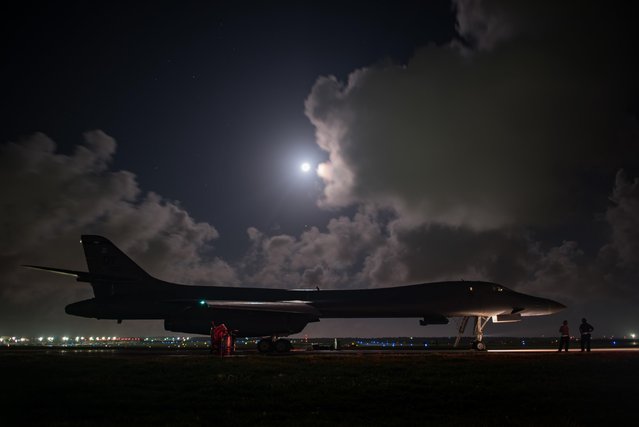 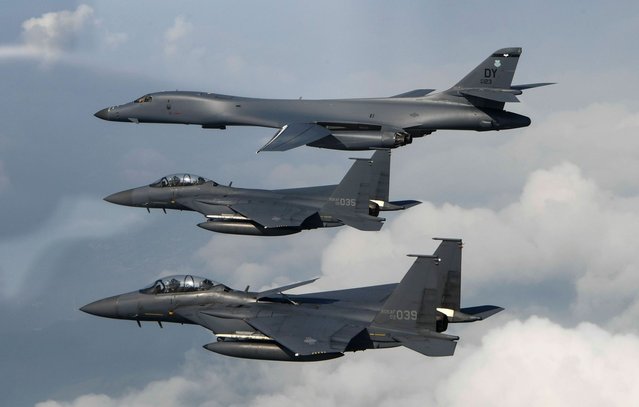 This handout photo taken and released by the US Air Force on July 30, 2017 shows a US Air Force B-1B Lancer (top) assigned to the 9th Expeditionary Bomb Squadron, deployed from Dyess Air Force Base, Texas, being joined by Republic of Korea air force F-15s, during a 10-hour mission from Andersen Air Force Base, Guam, into Japanese airspace and over the Korean Peninsula. American forces on July 30 successfully tried out a missile interception system the US hopes to set up on the Korean peninsula, military officials said following a trial just days after North Korea's second test of an ICBM. (Photo by Kamaile Casillas/AFP Photo) 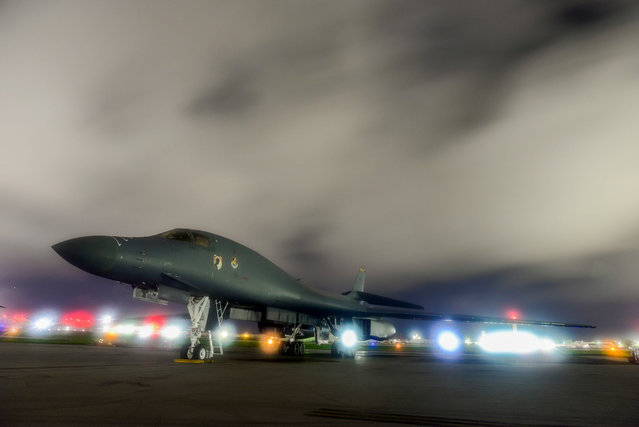 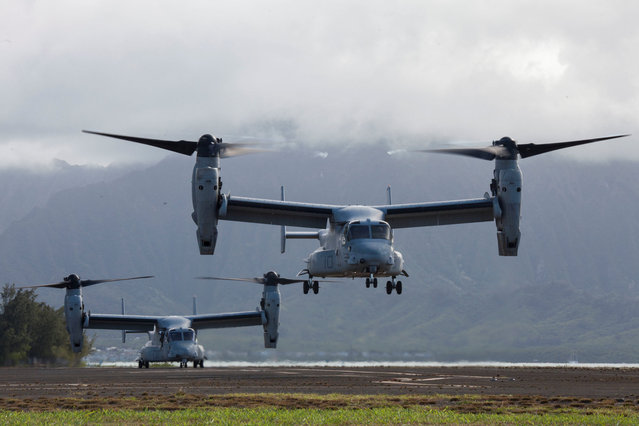 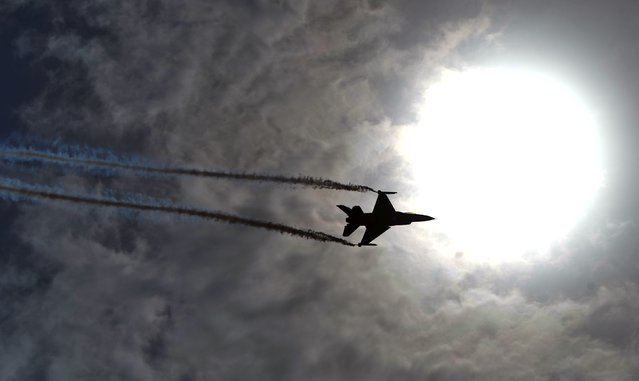 An aerobatic team performs during celebrations to mark the country' s Independence Day in Karachi on August 14, 2017. This month marks 70 years since British India split into two nations – Hindu- majority India and Muslim- majority Pakistan – and millions were uprooted in one of the largest mass migrations in history. Pakistan celebrates its independence on August 14, one day before India' s independence day on August 15. (Photo by Rizwan Tabassum/AFP Photo) 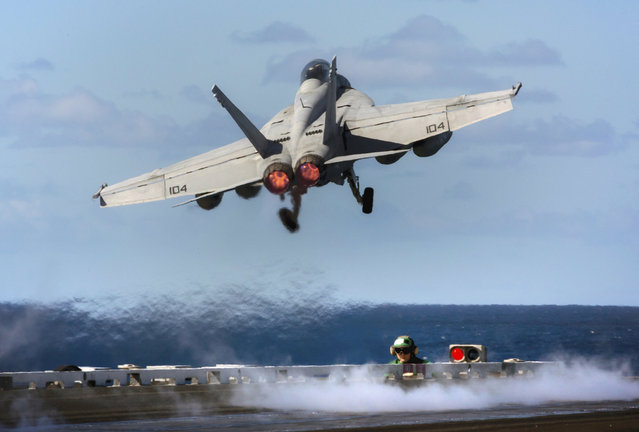 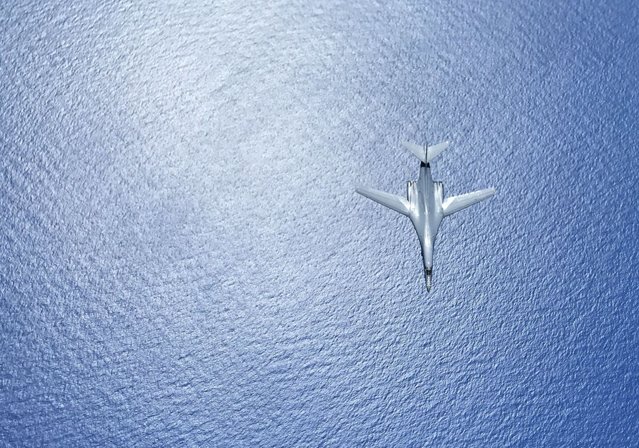 In this image obtained from the US Department of Defense, a US Air Force B-1B Lancer flies during a 10-hour mission from Andersen Air Force Base, Guam, flying in the vicinity of Kyushu, Japan, the East China Sea, and the Korean peninsula, on August 7, 2017. US Defense Secretary Jim Mattis warned North Korea on August 9, 2017, that it would be “grossly” outmatched in any conflict with the US, telling Pyongyang to stop considering any action that risked “the destruction of its people”. (Photo by Gerald Willis/AFP Photo)
Edit Del
23 Aug 2017 08:39:00, post received 0 comments
Publication archive:
←   →
Popular tags:
All tags
Last searches: