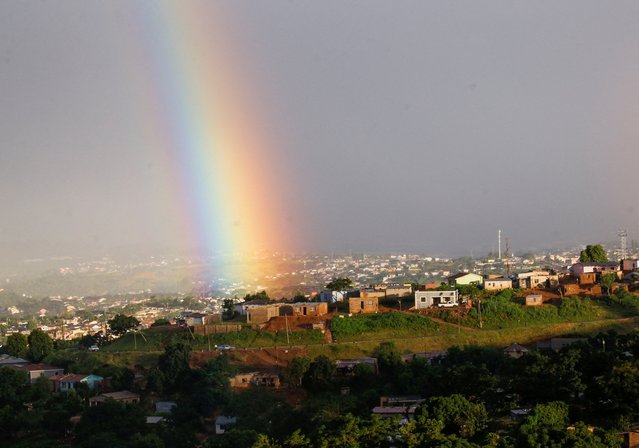 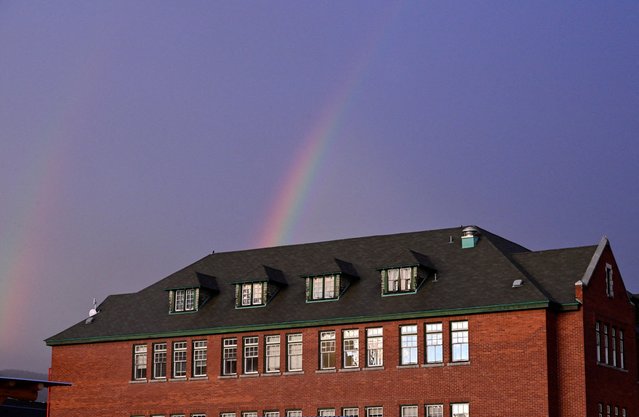 A rainbow is seen over the site of the former residential school in Kamloops, following a memorial event marking the first anniversary of the discovery of unmarked Indigenous child graves in Kamloops, British Columbia, Canada on May 23, 2022. (Photo by Jennifer Gauthier/Reuters) 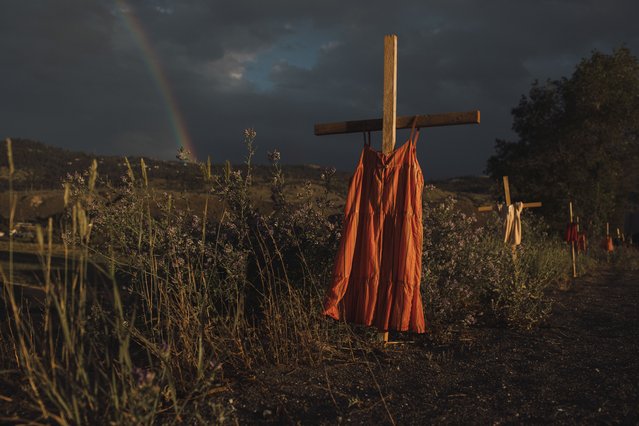 This image provided by World Press Photo which won the World Press Photo Of The Year award by Amber Bracken for The New York Times, titled Kamloops Residential School, shows Red dresses hung on crosses along a roadside commemorate children who died at the Kamloops Indian Residential School, an institution created to assimilate Indigenous children, following the detection of as many as 215 unmarked graves, Kamloops, British Columbia, 19 June 2021. (Photo by Amber Bracken for The New York Times/World Press Photo via AP Photo) 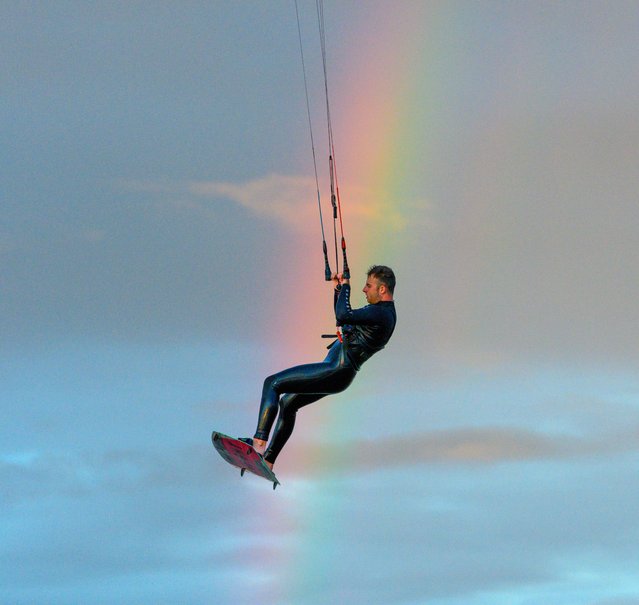 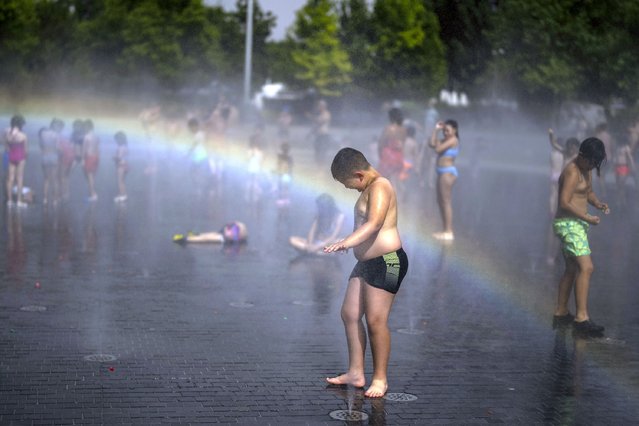 Children cool off in a fountain in a park by the river in Madrid, Spain, Wednesday, June 15, 2022. Spain's weather service says a mass of hot air from north Africa is triggering the country's first major heatwave of the year with temperatures expected to rise to 43 degrees Celsius (109 degrees Fahrenheit) in certain areas. (Photo by Manu Fernandez/AP Photo) 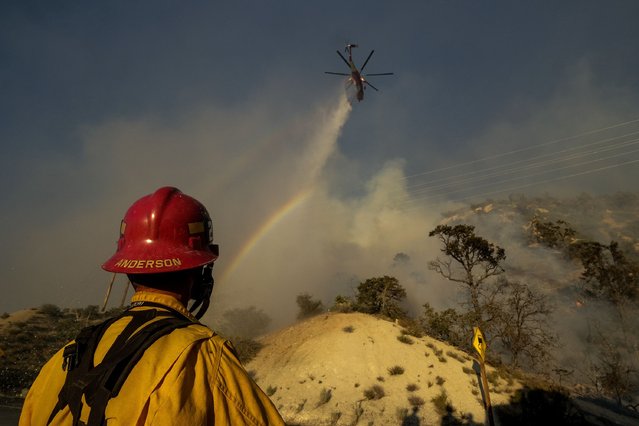 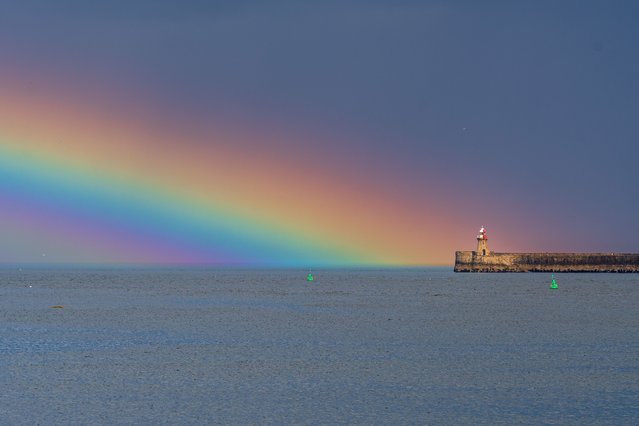 A prominent rainbow appears over Tynemouth, United Kingdom after a morning of rain on May 25, 2022. (Photo by John Fatkin/Cover Images) 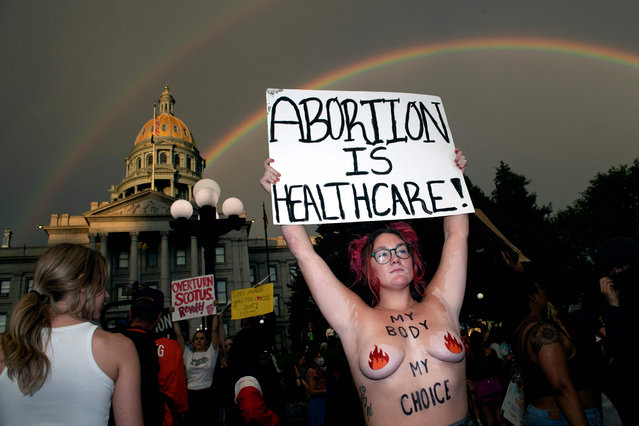 Jenna Seiss of Boulder, Colorado, protests outside the Colorado state capitol after the overturning of Roe Vs. Wade by the US Supreme Court, in Denver, Colorado, on June 24, 2022. The US Supreme Court on Friday struck down the right to abortion in a seismic ruling that shredded five decades of constitutional protections and prompted several right-leaning states to impose immediate bans on the procedure. (Photo by Jason Connolly/AFP Photo) 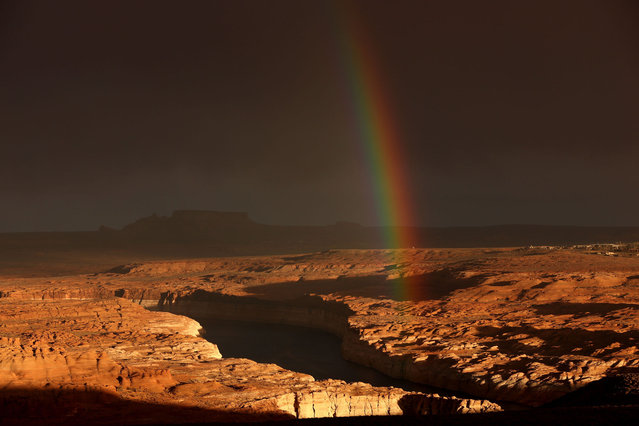 A rainbow hangs over Lake Powell on March 28, 2022 in Page, Arizona. As severe drought grips parts of the Western United States, water levels at Lake Powell dropped to their lowest level since the lake was created by the damming the Colorado River in 1963. Lake Powell is currently at 25 percent of capacity, a historic low, and has also lost at least 7 percent of its total capacity. The Colorado River Basin connects Lake Powell and Lake Mead and supplies water to 40 million people in seven western states. (Photo by Justin Sullivan/Getty Images) 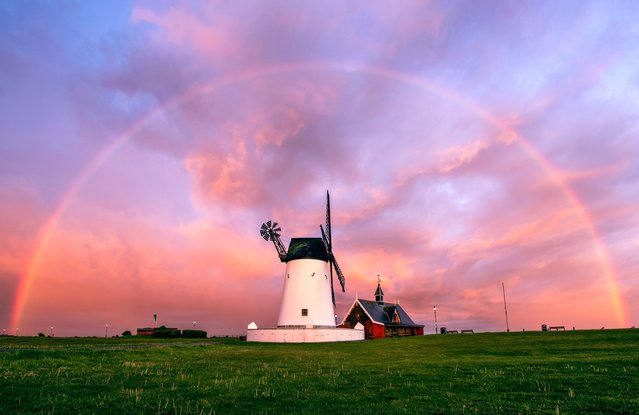 A rainbow over the windmill in Lytham, Lancashire on May 17, 2022 at sunset after rain hit the region last night after the hottest day of the year. (Photo by Gregg Wolstenholme/Bav Media) 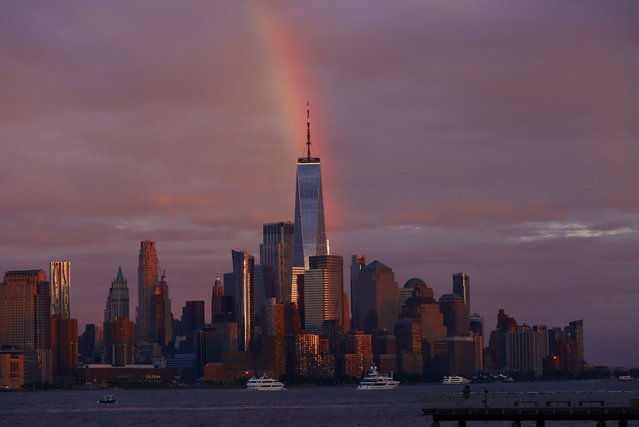 Part of a rainbow rises above the skyline of lower Manhattan and One World Trade Center at sunset in New York City on June 11, 2022, as seen from Hoboken, New Jersey. (Photo by Gary Hershorn/Getty Images) 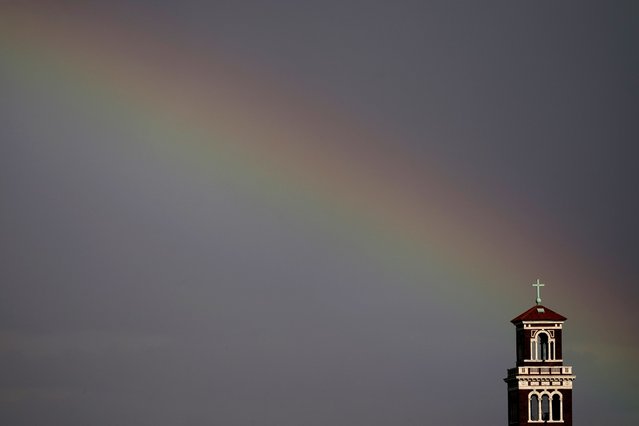 The steeple at Our Lady of Sorrows Catholic Church stands against a rainbow as light showers moved through Kansas City, Mo., Thursday, April 21, 2022. (Photo by Charlie Riedel/AP Photo) 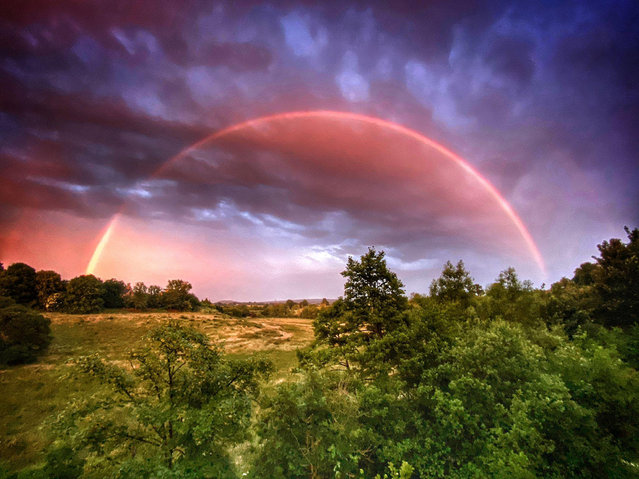 A rainbow over a Somerset town, United Kingdom on June 20, 2022 – as the setting sun casts a pink light across the sky and illuminating the rainbow as it arches across the clouds. (Photo by Craig Dabinett/South West News Service) 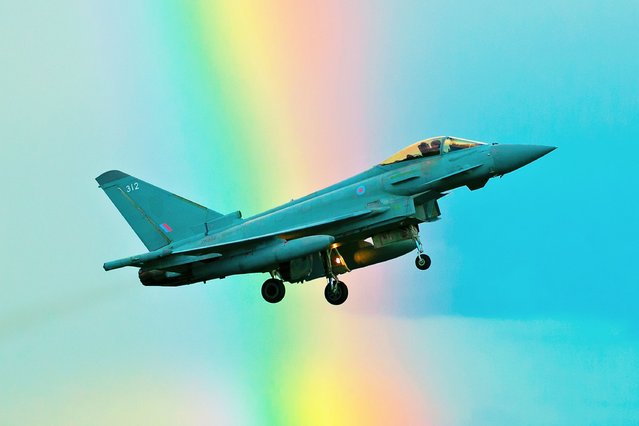 An RAF Typhoon Jet flies through a rainbow at RAF Coningsby in Lincs, United Kingdom on April 6, 2022. The 12 Squadron plane was taking part in a “touch and go” training exercise when it crossed the stream of coloured light. (Photo by John Mountney/Animal News Agency) 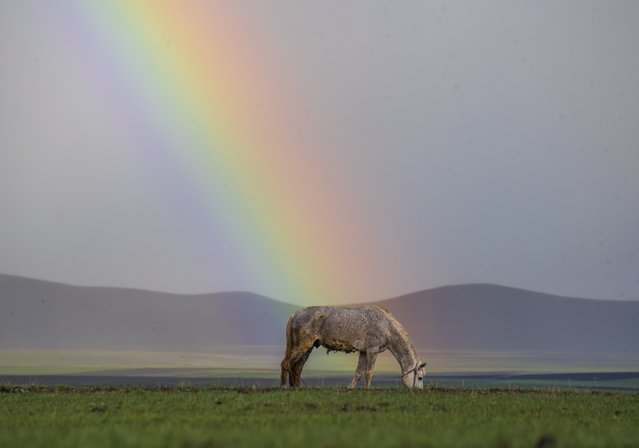