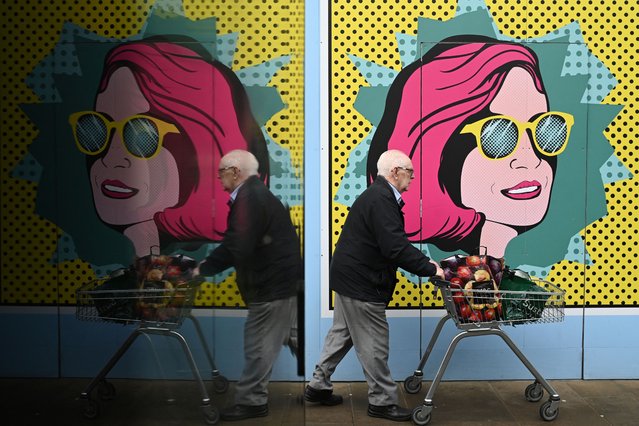 A man pushes a cart past colourful boards put up at a closed shop in Chester on November 17, 2022. Britain unveiled an austerity budget with £55 billion ($65 billion) of tax hikes and spending cuts despite confirming its economy was in recession. (Photo by Oli Scarff/AFP Photo) 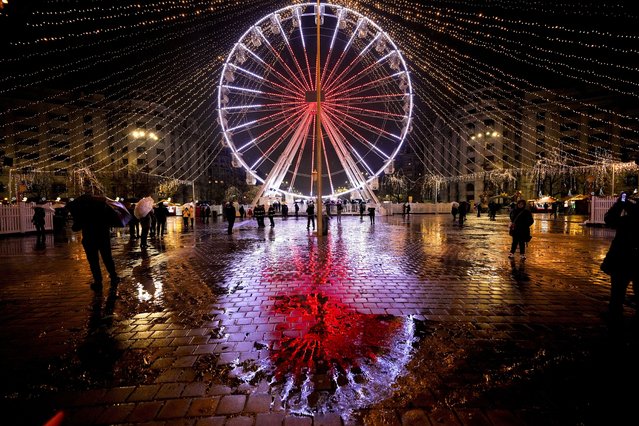 An illuminated Ferris wheel is reflected in the wet pavement at a Christmas fair which opened ahead of the holiday season in Bucharest, Romania, November 20, 2022. In cities across Europe, officials are wrestling with a choice this Christmas. Dim lighting plans to send a message of energy conservation and solidarity with citizens squeezed by both higher energy costs and inflation or let the lights blaze in a message of defiance after two years of pandemic-suppressed Christmas seasons, creating a mood that retailers hope loosen holiday purses. (Photo by Andreea Alexandru/AP Photo) 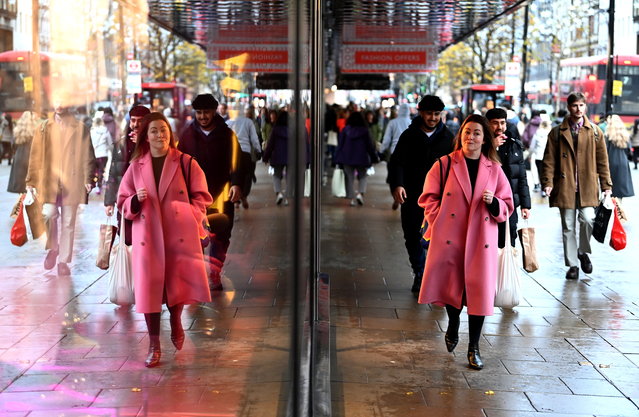 Shoppers on Oxford Street in London, Britain, 19 December 2022. People take to the markets and shops to seize the sale ahead of Christmas. (Photo by Neil Hall/EPA/EFE) 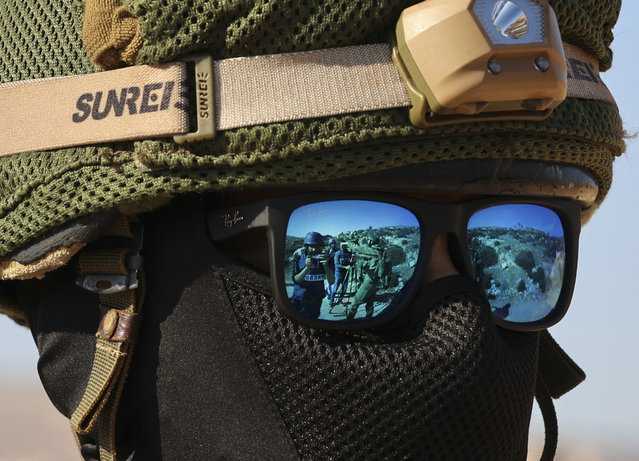 A member of the Israeli security forces is pictured during a protest by Palestinians in Beit Dajan, east of the occupied West Bank city of Nablus, against the establishment of Israeli outposts, on December 2, 2022. (Photo by Zain Jaafar/AFP Photo) 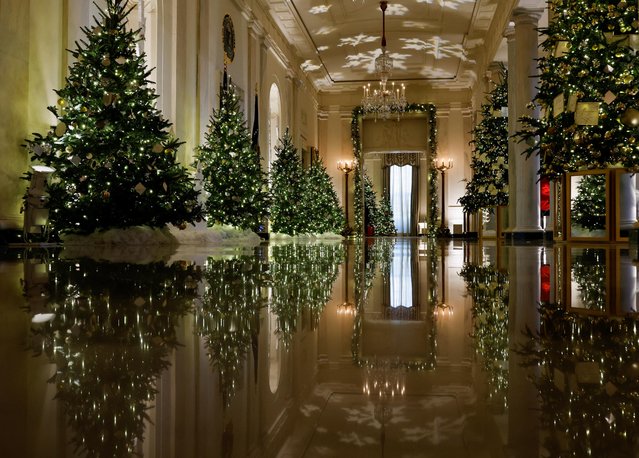 Christmas decorations on the theme “We the People” are unveiled during a press tour ahead of holiday receptions by U.S. President Joe Biden and first lady Jill Biden, at the White House in Washington, D.C., U.S. November 28, 2022. (Photo by Jonathan Ernst/Reuters) 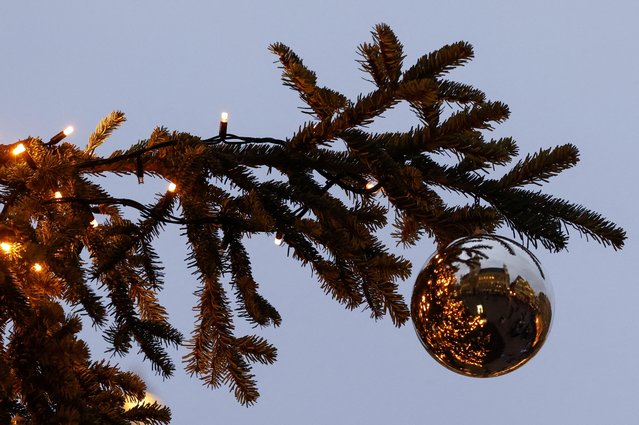 Brussels' Grand Place is reflected in a bauble hanging from a Christmas tree, as part of the Christmas festivities in central Brussels, Belgium, December 1, 2022. (Photo by Yves Herman/Reuters) 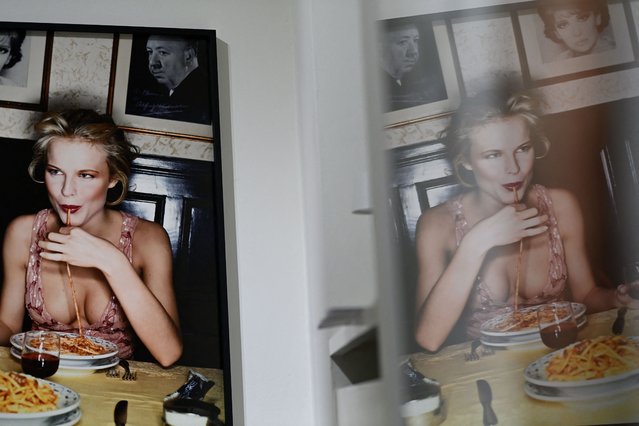 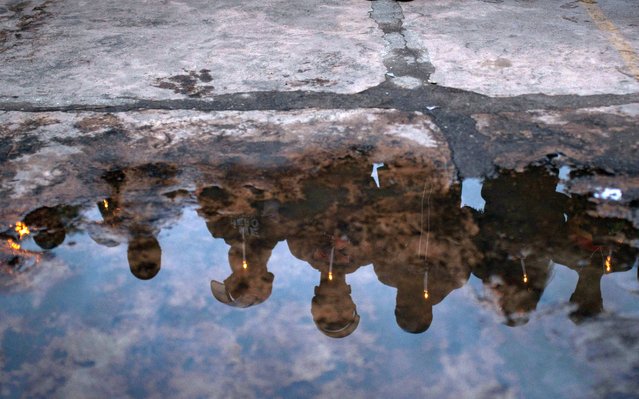 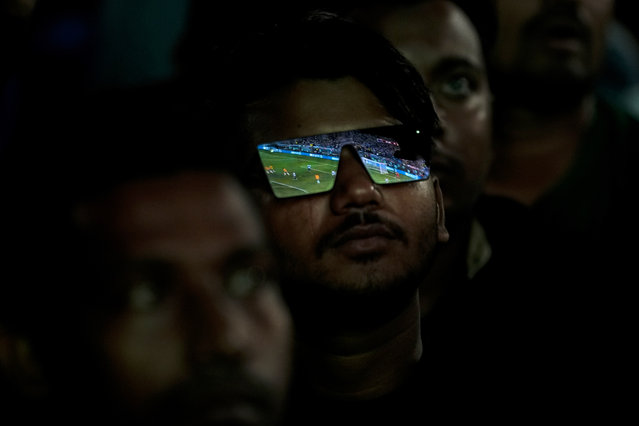 Migrant workers watch on a big projection screen the World Cup round of 16 soccer match between Argentina and Australia in the Asian Town Cricket Stadium in Doha, Qatar, Saturday, December 3, 2022. (Photo by Ariel Schalit/AP Photo) 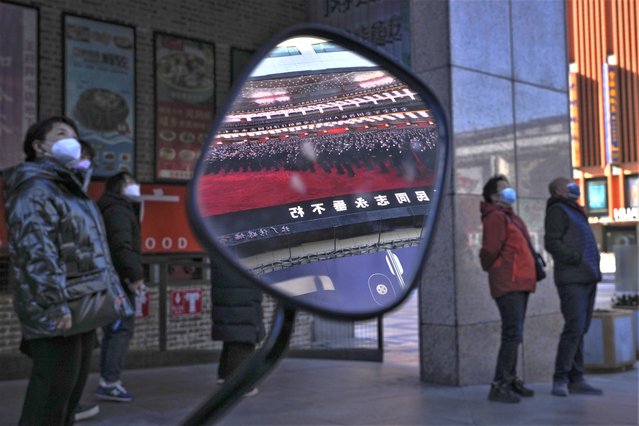 People watch an outdoor screen showing a live broadcast of the memorial service for late former Chinese President Jiang Zemin in Beijing, Tuesday, December 6, 2022. A formal memorial service was held Tuesday at the Great Hall of the People, the seat of the ceremonial legislature in the center of Beijing. (Photo by Andy Wong/AP Photo) 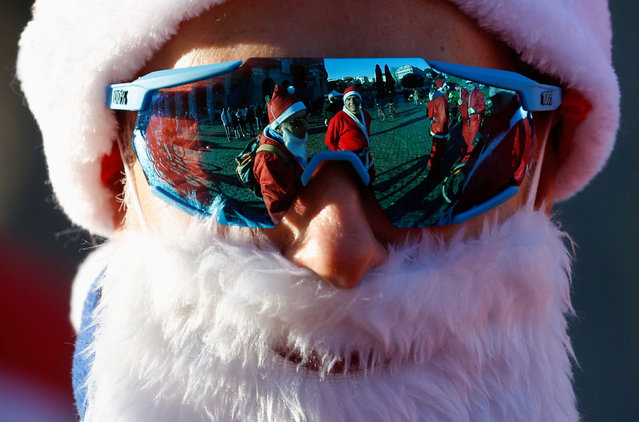 People dressed up in Father Christmas costumes are reflected in sunglasses on the day of the ride through the city centre to raise money for children's charities in Rome, Italy on December 18, 2022. (Photo by Remo Casilli/Reuters) 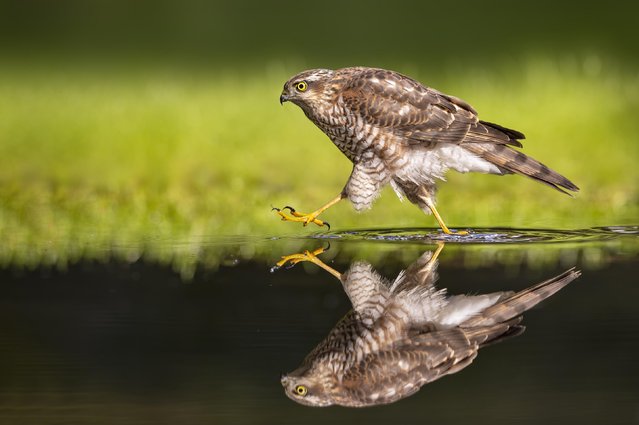 A sparrowhawk appears to be walking on water over a pond in Lille, Belgium in November 2022. (Photo by Raf Raeymaekers/Solent News) 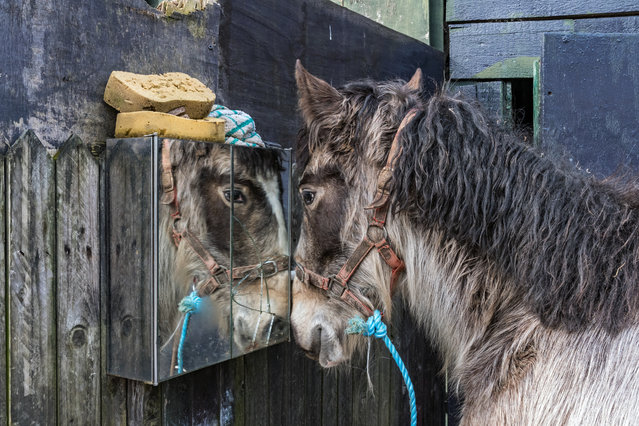 The horse drawn to the mirror by it's own reflection. Born in Boston, Joseph-Philippe Bevillard started drawing and painting after he lost his hearing at the age of 3. He took up photography during his senior year at a private school in Massachusetts. His work has been published by across the globe across several different media outlets. (Photo by Joseph-Philippe Bevillard/Courtesy of Vital Impacts) 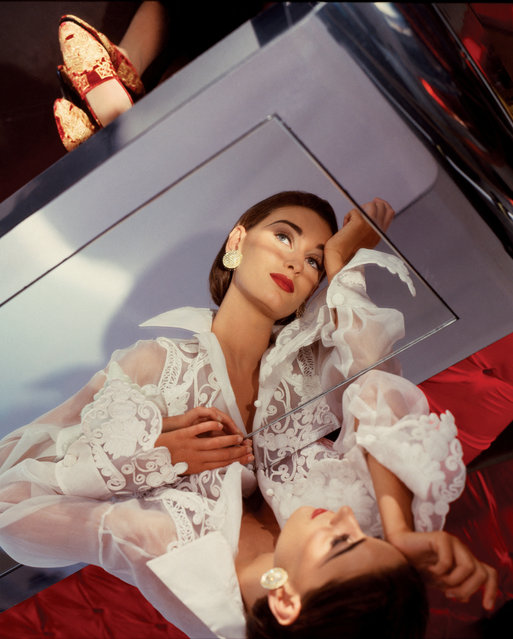 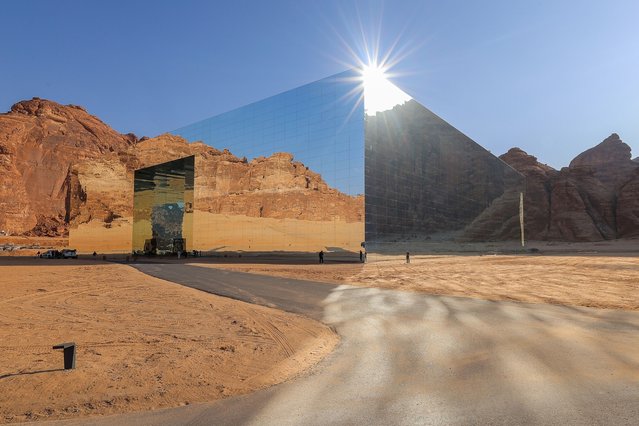