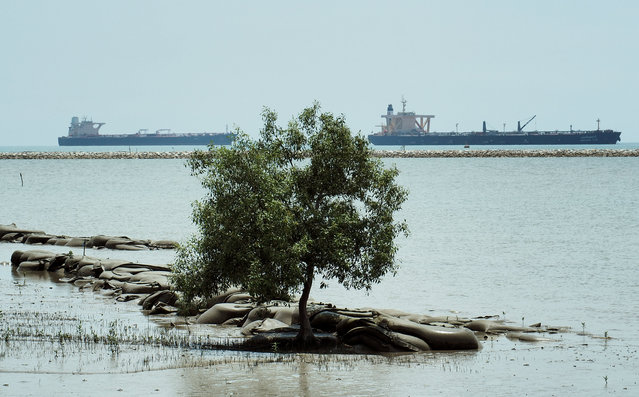 Ships are seen off the coast of Johor November 12, 2016. (Photo by Henning Gloystein/Reuters) 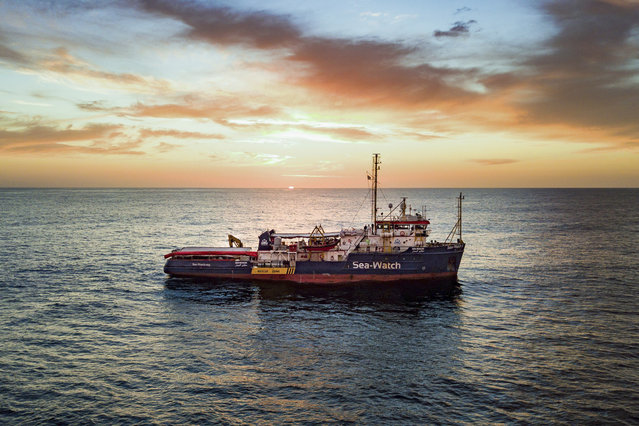 In this photo taken on Wednesday, January 16, 2019 the Sea-Watch rescue ship sails through the Mediterranean Sea. A private rescue boat with dozens of migrants aboard sought permission for a second day to enter a safe port Sunday, but said so far its queries to several nations haven't succeeded. Another vessel crowded with panicking migrants and taking on water, meanwhile, put out an urgent, separate appeal for help in the southern Mediterranean. Sea-Watch 3, run by a German NGO, said Sunday it has contacted Italy, Malta, Libya as well as the Netherlands, since the boat is Dutch-flagged, asking where it can bring the 47 migrants it had taken aboard. Sea-Watch tweeted that Libyan officials had hung up when it asked for a port assignment. (Photo by Jon Stone/Sea-Watch via AP Photo) 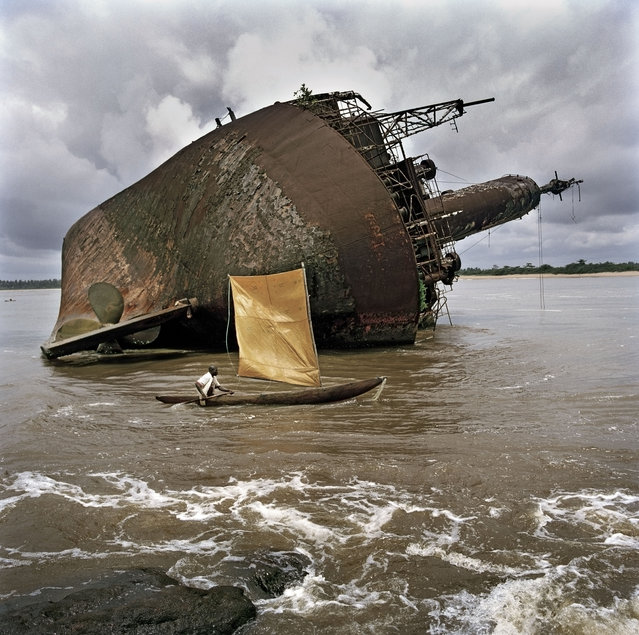 A fisherman passes the wreck of an old ship off the port of Greenville, Liberia, September 2005. Liberia is scattered with boat wrecks owing to the 14 year civil war. (Photo by Tim Hetherington/Magnum Photos) 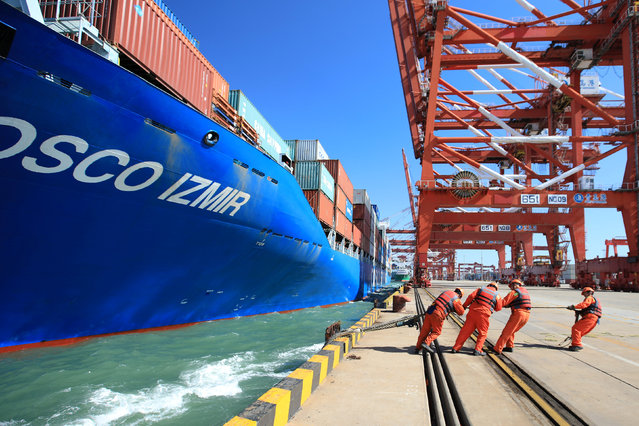 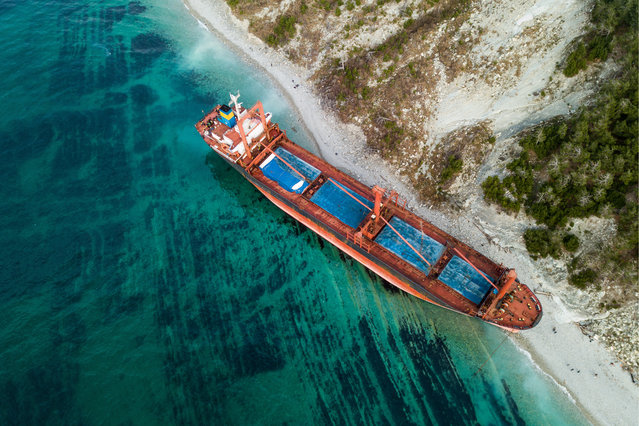 The Rio motor ship from the Togolese Republic is stranded by a storm in Krasnodar Territory with 21 people onboard near Novorossiysk, Russia on December 19, 2018. (Photo by TASS/Barcroft Images) 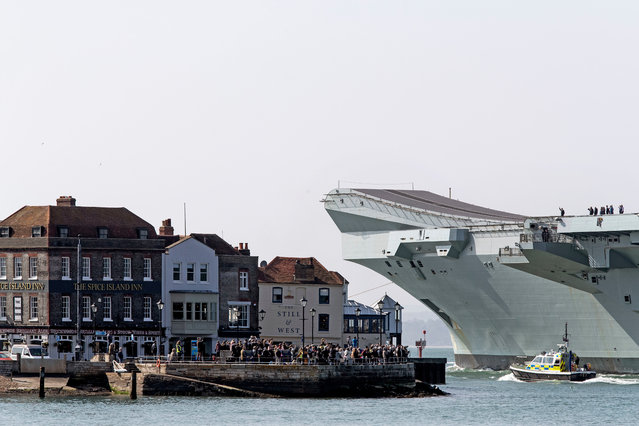 HMS Queen Elizabeth leaves Portsmouth Harbour, England on its way back to dry-docks in Rosyth for maintenance work on April 1, 2019. (Photo by James Marsh/Shutterstock) 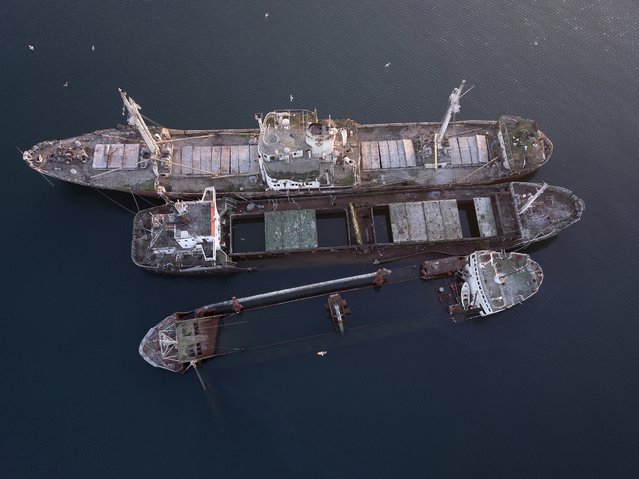 In this Friday, December 4, 2018 photo, half sunken and abandoned ships are photographed in the Gulf of Elefsina, west of Athens. Dozens of abandoned cargo and passenger ships lie semi-submerged or completely sunken around the Gulf of Elefsina, near Greece’s major port of Piraeus. Now authorities are beginning to remove the dilapidated ships. Some of them have been there for decades, leaking hazards like oil into the environment and creating a danger to modern shipping. One expert calls the abandoned ships “an environmental bomb”. (Photo by Thanassis Stavrakis/AP Photo) 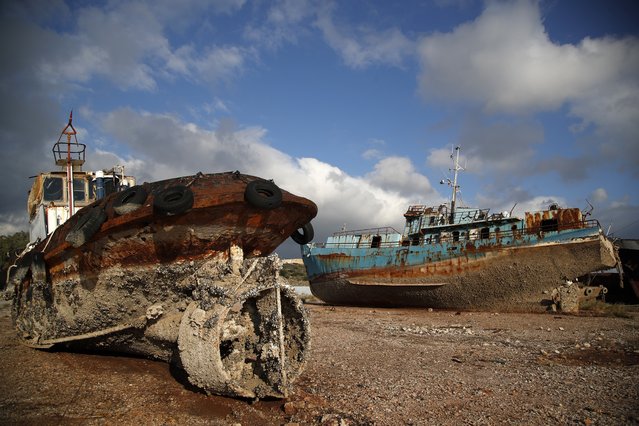 In this Wednesday, December 19, 2018 photo, small boats, that were recovered after spending years as shipwrecks are photographed at a dock in Elefsina, west of Athens. (Photo by Thanassis Stavrakis/AP Photo) 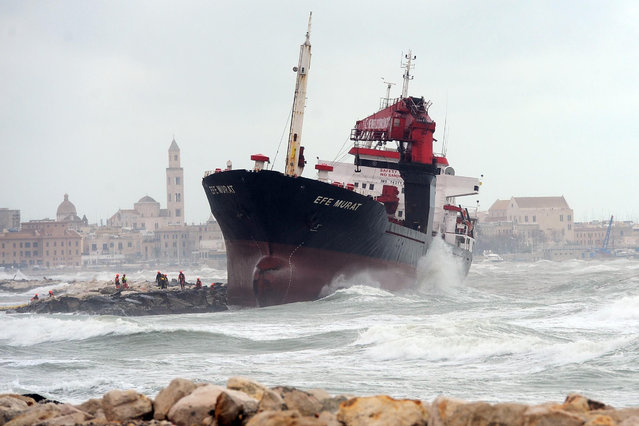 The Turkish merchant ship Efe Murat is driven aground in strong winds in Bari, Italy on February 25, 2019. (Photo by De Giglio/Fotogramma/Ropi/ROPI via ZUMA Press/Rex Features/Shutterstock) 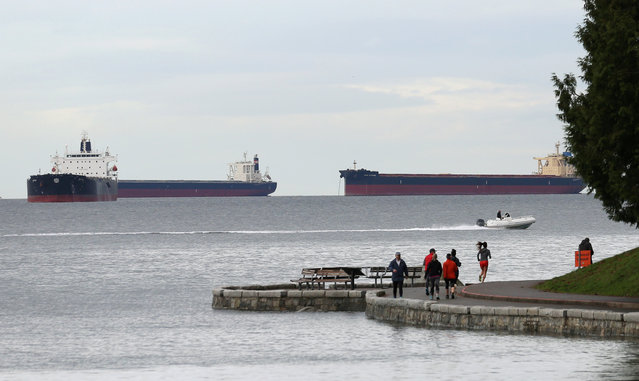 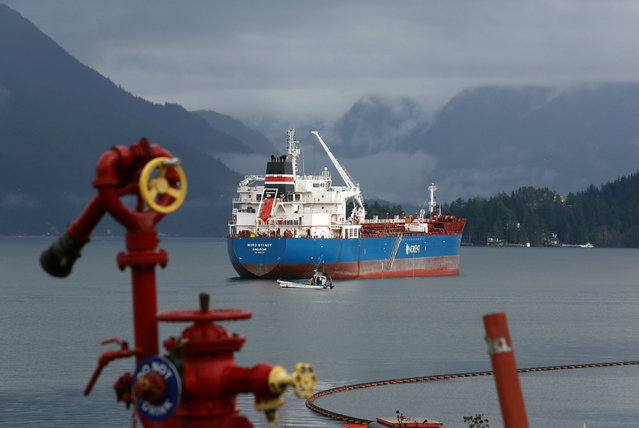 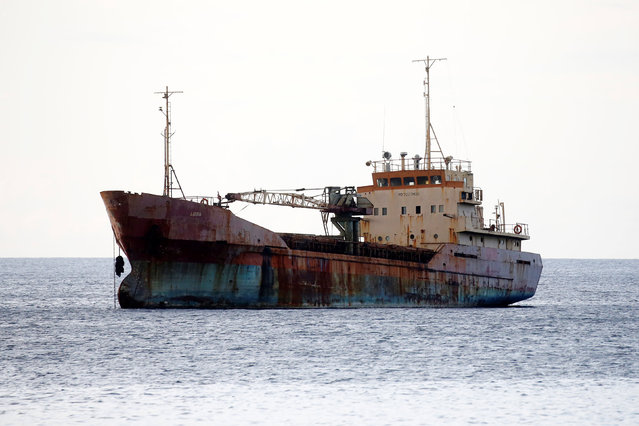 A rusty container ship is pictured at anchor in St.George's, Grenada, November 27, 2016. (Photo by Carlo Allegri/Reuters) 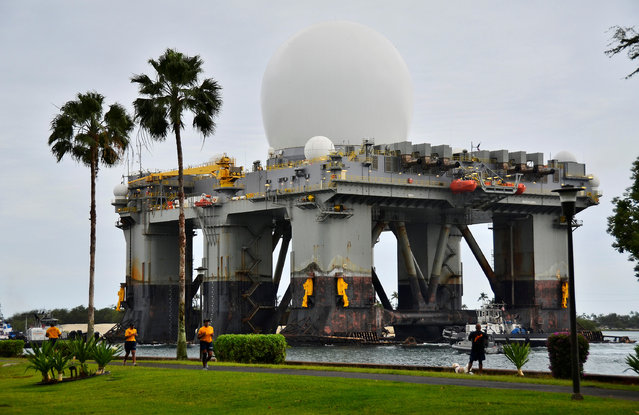 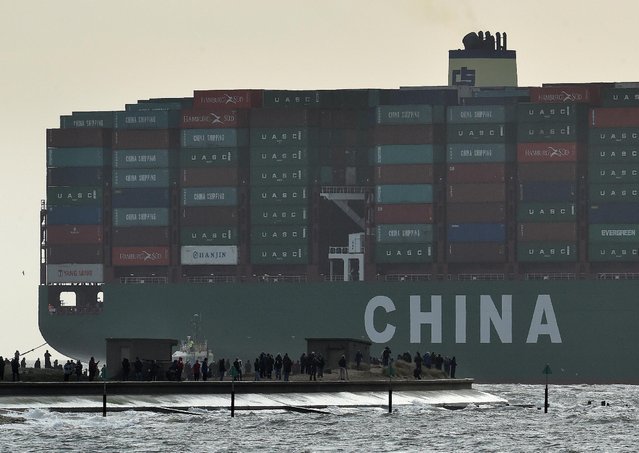 Onlookers watch from a harbour wall as the largest container ship in world, CSCL Globe, docks during its maiden voyage, at the port of Felixstowe in south east England, January 7, 2015. (Photo by Toby Melville/Reuters) 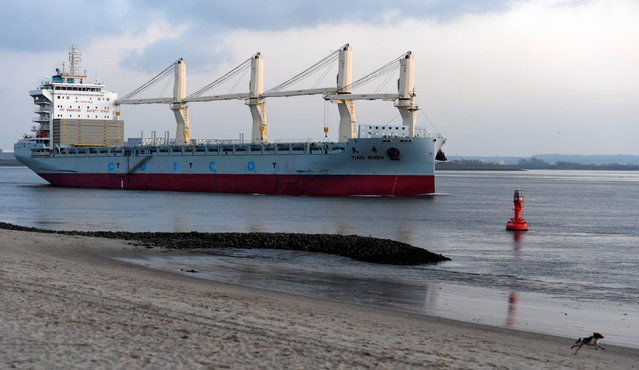