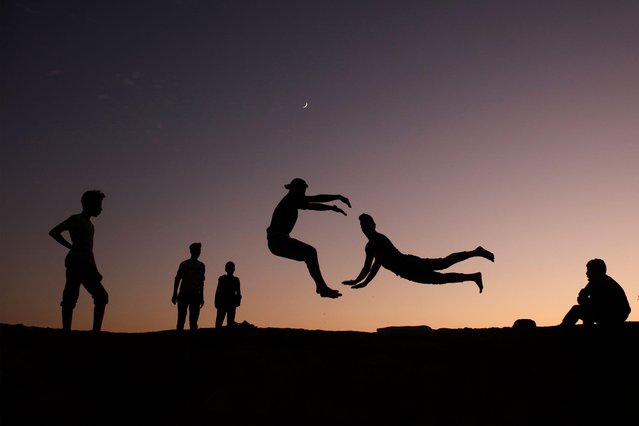 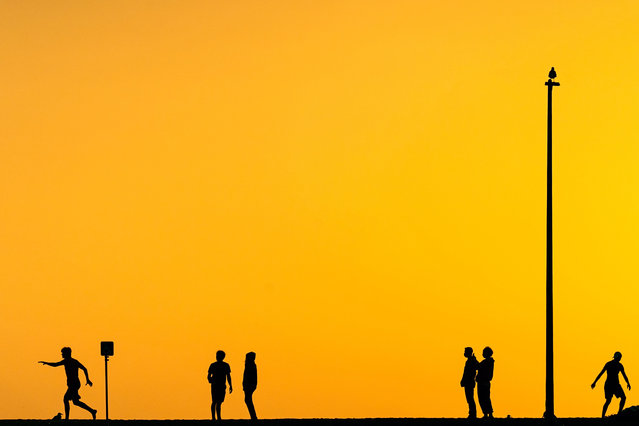 Silhouettes of people enjoying the sunset at Huntington Beach, California on November 25, 2020. Huntington Beach is also known as Surf City USA and is a travel destination in Southern California. (Photo by Ronen Tivony/SOPA Images/Rex Features/Shutterstock) 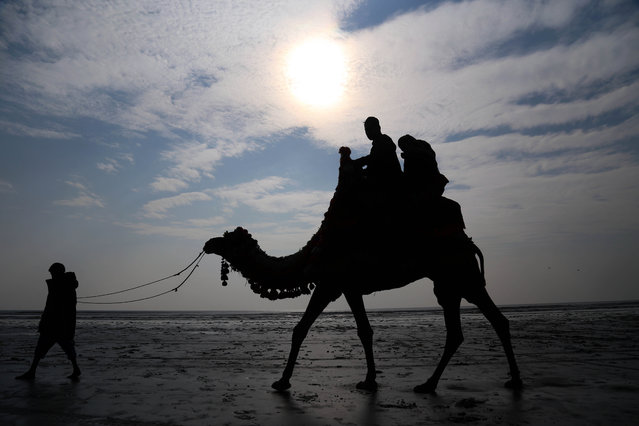 People ride a camel at a beach in Karachi, Pakistan, 25 November 2020. (Photo by Rehan Khan/EPA/EFE) 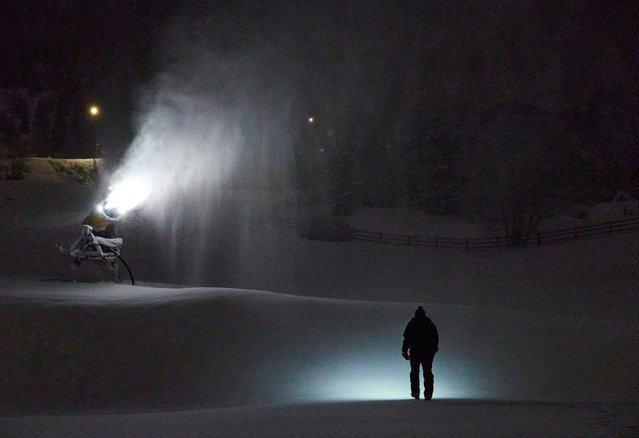 Snowmaker Guy Arnaud walks past a snow making machine during his shift, before the official opening of the Alpine ski resort of Verbier on December 5, amid the coronavirus disease (COVID-19) outbreak, in Verbier, Switzerland on December 1, 2020. (Photo by Denis Balibouse/Reuters) 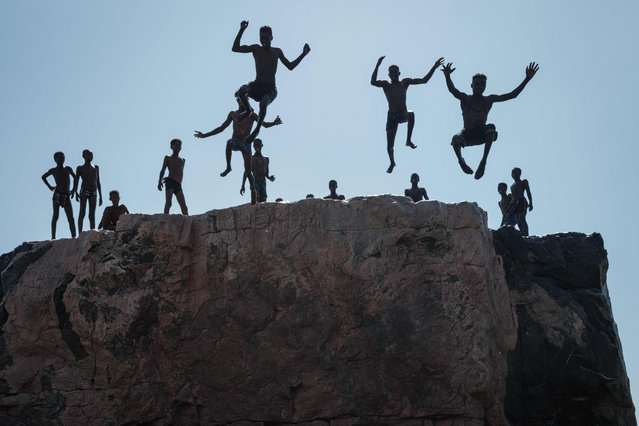 Ethiopian refugees who fled the Ethiopia's Tigray conflict jump into the river bordering with Ethiopia in Hamdayit, eastern Sudan, on December 4, 2020. Sudan – one of the world's poorest countries, now faced with the massive influx – has reopened the camp, 80 kilometres (50 miles) from the border. It once housed refugees who fled Ethiopia's 1983-85 famine that killed over a million people. (Photo by Yasuyoshi Chiba/AFP Photo) 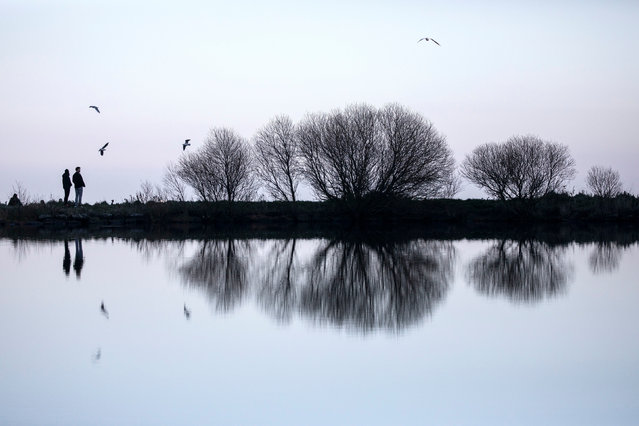 A couple look out across Dunsapie Loch in Holyrood Park, Edinburgh on November 30, 2020. (Photo by Jane Barlow/PA Images via Getty Images) 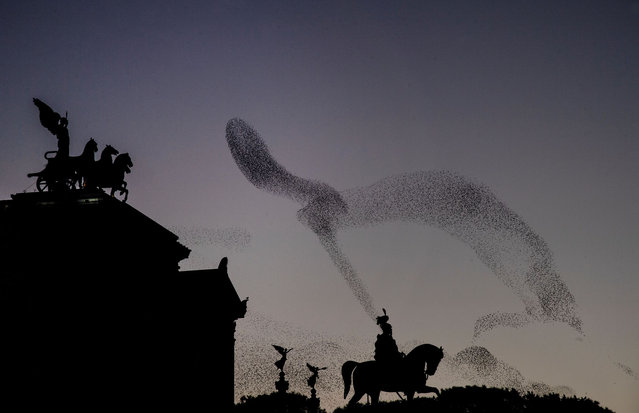 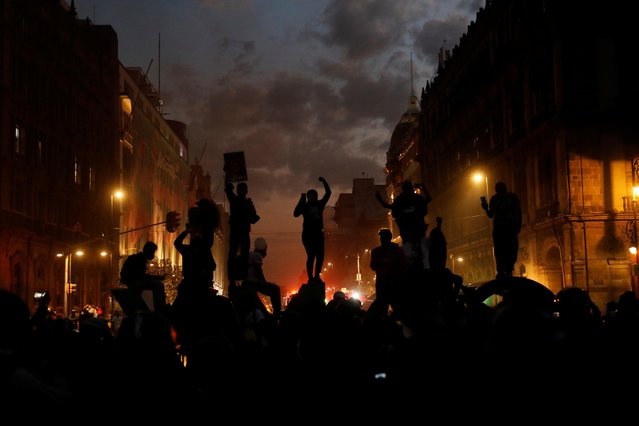 Demonstrators take part in a protest to mark the International Day for the Elimination of Violence against Women, in Mexico City, Mexico, November 25, 2020. (Photo by Carlos Jasso/Reuters) 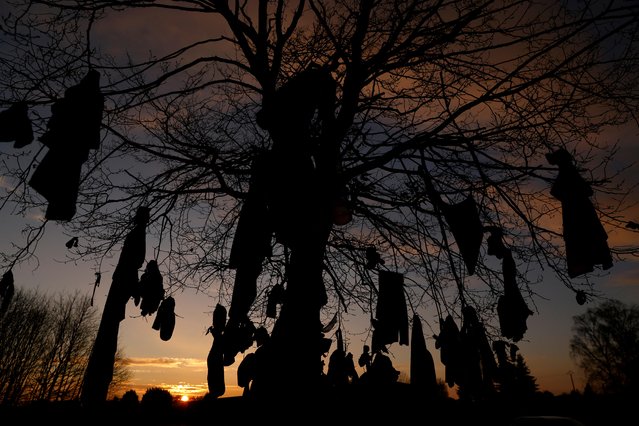 A view of “L'arbre a loques”, a “healing” tree to which people attach cloths as a ritual for good health according to Celtic tradition, during the coronavirus diesease (COVID-19) pandemic in Hasnon, France on December 6, 2020. (Photo by Pascal Rossignol/Reuters) 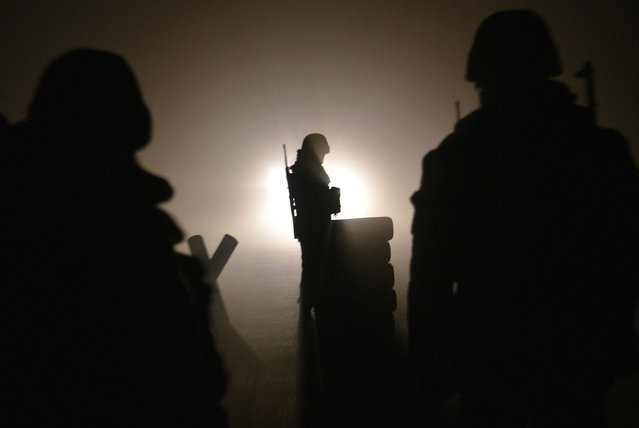 Armenian soldiers patrol at the check point outside Agdam to let last vehicles leave the region late on November 19, 2020 as the territory is due to be returned to Azerbaijan on November 20, 2020 as stipulated in a Moscow-brokered peace deal signed by Armenia and Azerbaijan on November 9. For three decades Azerbaijan's Aghdam district has been under the control of Armenian separatists, who have also governed the neighbouring region of Nagorno-Karabakh since a post-Soviet war in the 1990s. Armenian soldiers stand at the new checkpoint and let the last vehicles pass through the Aghdam region. (Photo by Karen Minasyan/AFP Photo) 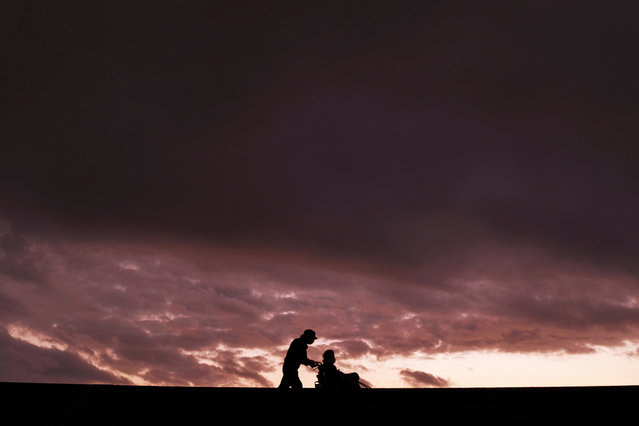 A man pushes a woman in a wheelchair as they stroll along the seawall against the sunset sky while wearing face masks to protect against the coronavirus Sunday, November 22, 2020, in Shizuoka, southwest of Tokyo, Japan. (Photo by Kiichiro Sato/AP Photo) 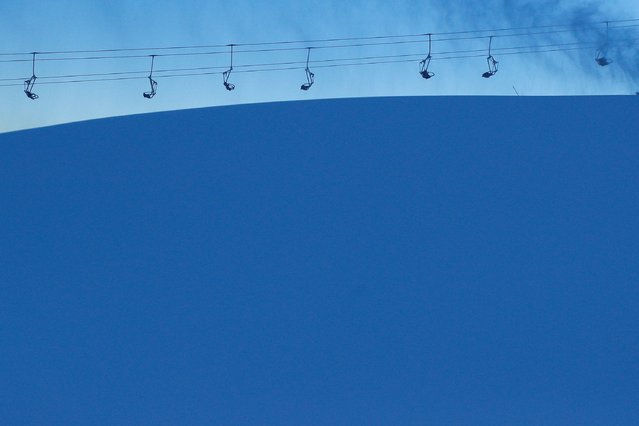 A closed chairlift is seen at the ski resort of Passo Tonale in the Dolomites which has become a virtual ghost town after the government decision to close everything down in fear of the rising numbers of coronavirus (COVID-19) infections, in Passo del Tonale, Italy, November 26, 2020. (Photo by Guglielmo Mangiapane/Reuters) 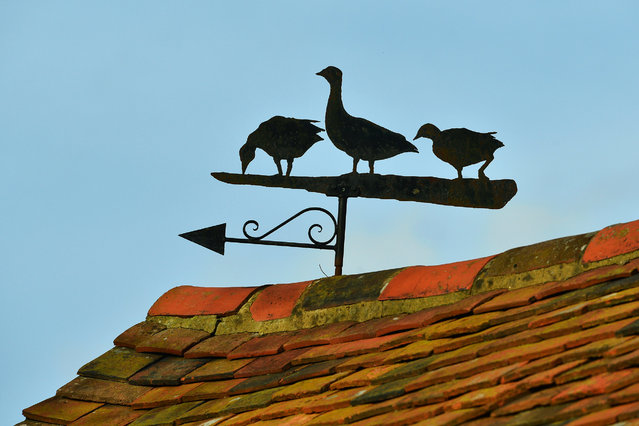 A weather vane on a farm building close to the HS2 line on November 24, 2020 in Great Missenden, England. HS2 protesters continue to occupy key infrastructure sites along the proposed HS2 route claiming that the project is “the most carbon-intensive and environmentally destructive project in UK history”. (Photo by Jim Dyson/Getty Images) 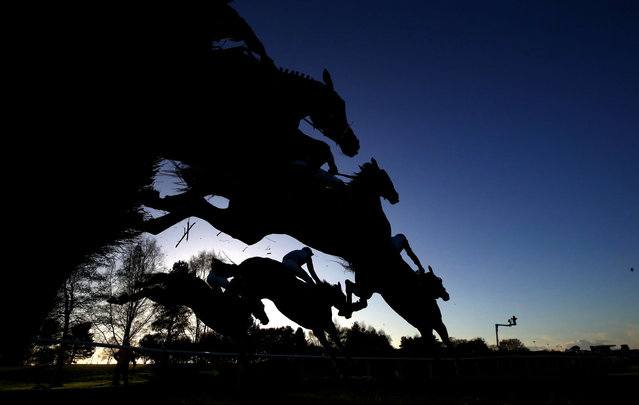 Runners and riders in action during The Pertemps Network Handicap Chase at Market Rasen Racecourse on November 19, 2020 in Market Rasen, England. (Photo by Tim Goode-Pool/Getty Images) 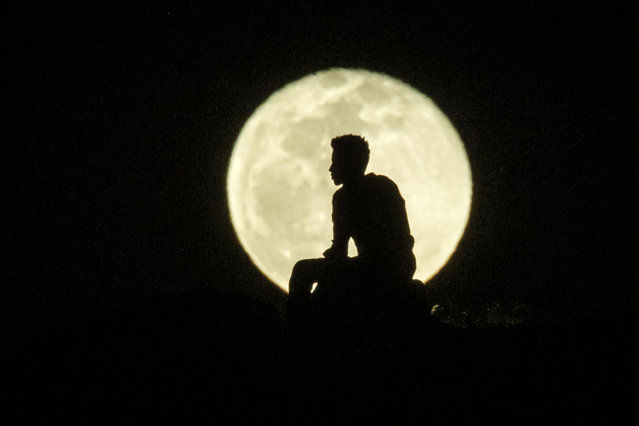 An Ehiopian man, who fled the Ethiopia's Tigray conflict as a refugee, watches the rising Moon on top of a hill at Um Raquba refugee camp in Gedaref, eastern Sudan, on December 1, 2020. More than 45,000 people have escaped from northern Ethiopia since November 4, after Prime Minister Abiy Ahmed ordered military operations against leaders of Tigray's ruling party in response to its alleged attacks on federal army camps. (Photo by Yasuyoshi Chiba/AFP Photo) 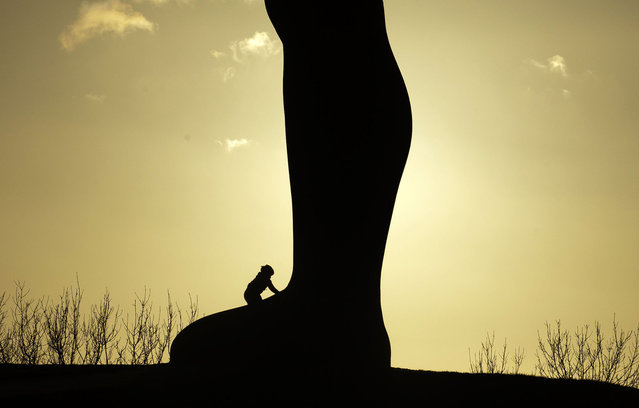