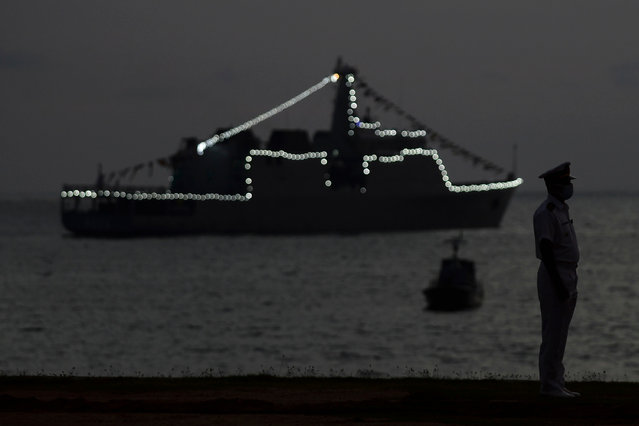 A Sri Lankan naval officer stands guard as a navy vessel is displayed during Sri Lanka's Navy Day celebrations along the sea front at Galle Face promenade in Colombo on December 9, 2020. (Photo by Lakruwan Wanniarachchi/AFP Photo) 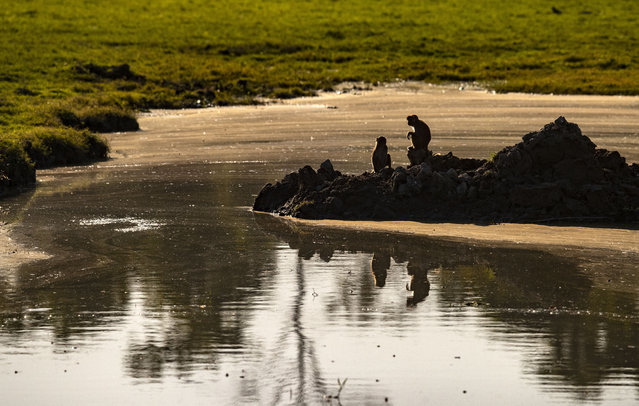 Monkeys play inside the Agoratoli range in Kaziranga national park, east of Gauhati, in the north-eastern state of Assam in India on December 4, 2020. Declared a national park in 1968 and a Unesco world heritage site, the park is famous for the one-horned rhino habitat. (Photo by Anupam Nath/AP Photo) 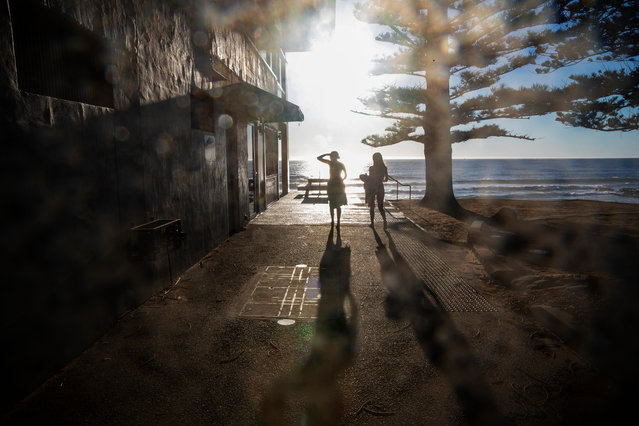 People are seen at Avalon Beach on December 18, 2020 in Sydney, Australia. A cluster of Covid-19 cases on the northern beaches of Sydney has grown to 28, prompting NSW health officials to urge residents of affected suburbs to stay home. Traffic at Sydney Airport has increased as people rush to leave the city with several states imposing quarantine restrictions for New South Wales residents. (Photo by Jenny Evans/Getty Images) 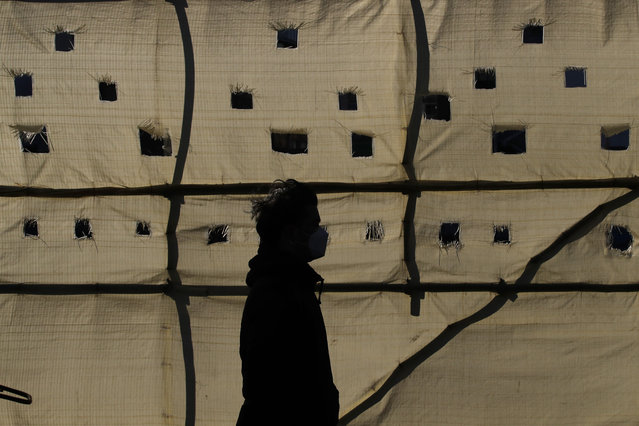 A man wearing a face mask as a precaution against the coronavirus is silhouetted as he walks past a construction site in Seoul, South Korea, Wednesday, December 16, 2020. (Photo by Lee Jin-man/AP Photo) 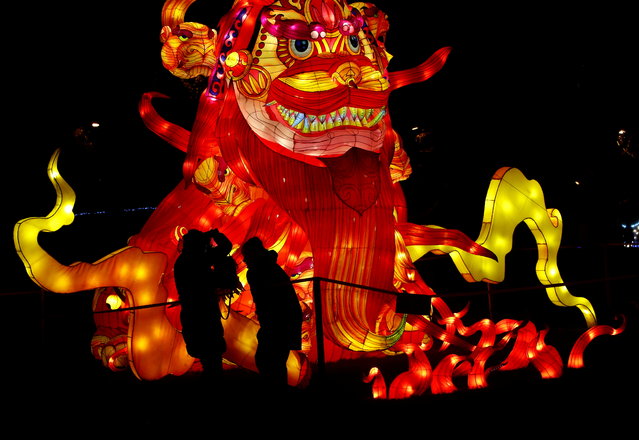 People take pictures next to the light sculpture during Dreamland festival of lights in Tallinn, Estonia on December 5, 2020. (Photo by Ints Kalnins/Reuters) 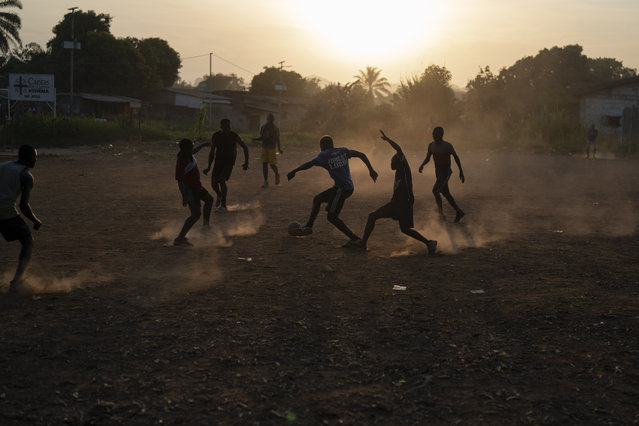 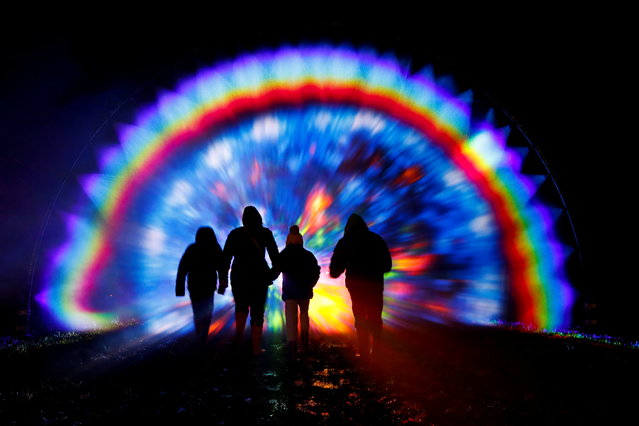 Members of the public interact with Artist Benjamin Clegg's “Rainbow in the Dark” at Light Up Trails at The Wiston Estate, amid the spread of the coronavirus disease (COVID-19), in Steyning, West Sussex, Britain, December 9, 2020. (Photo by Paul Childs/Reuters) 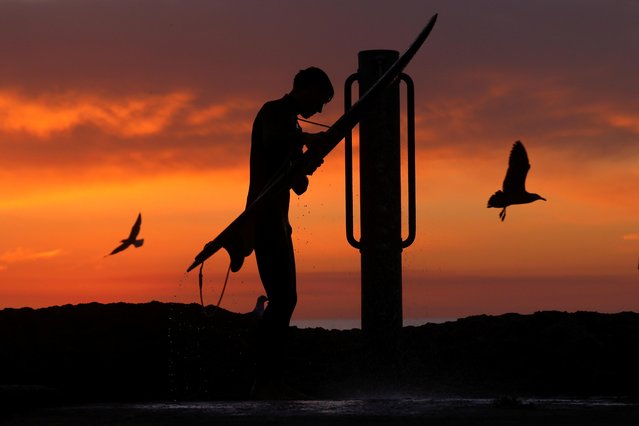 A surfer rinses off at an outdoor shower after leaving the ocean during the outbreak of the coronavirus disease (COVID-19) in Encinitas, California, U.S., December 9, 2020. (Photo by Mike Blake/Reuters) 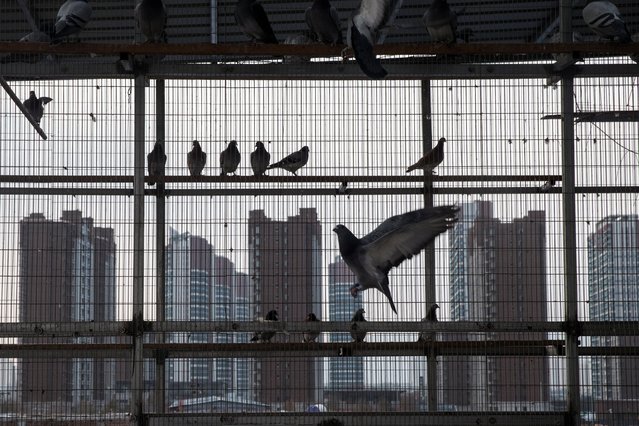 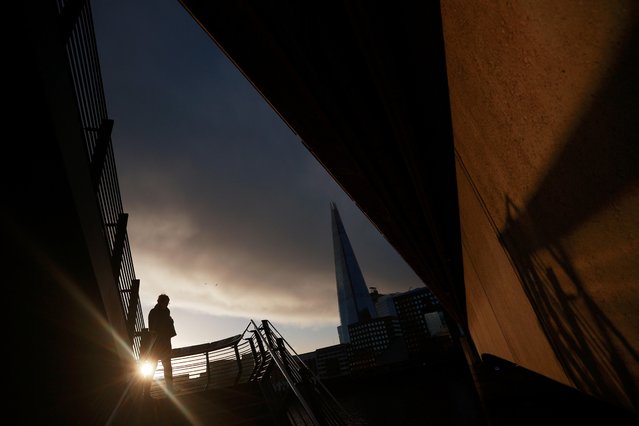 A person walking past The Shard skyscraper is silhouetted as the spread of the coronavirus disease (COVID-19) continues in London, Britain, December 15, 2020. (Photo by Hannah McKay/Reuters) 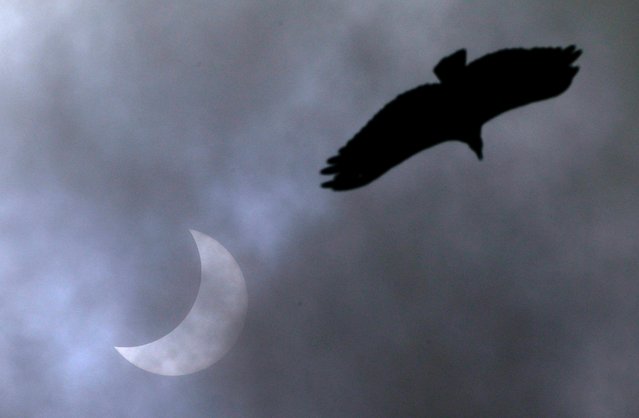 A bird is seen next to a solar eclipse, visible in parts of Chile, Argentina and Brazil, in Porto Alegre, Brazil, December 14, 2020. (Photo by Diego Vara/Reuters) 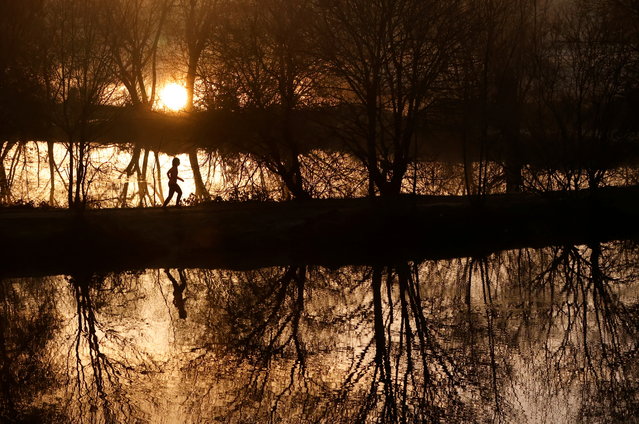 A woman runs through trees in a park at sunrise in Vertou, near Nantes, France, December 9, 2020. (Photo by Stephane Mahe/Reuters) 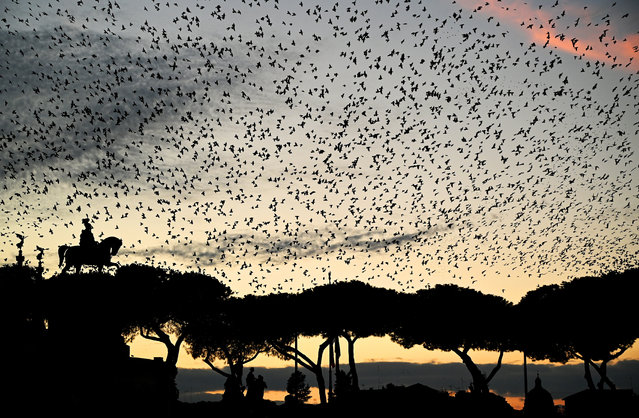 A murmuration of starlings flies over pine trees and the equestrian statue of King Vittorio Emanuele II on December 16, 2020 as the night falls over Piazza Venezia in central Rome. (Photo by Vincenzo Pinto/AFP Photo) 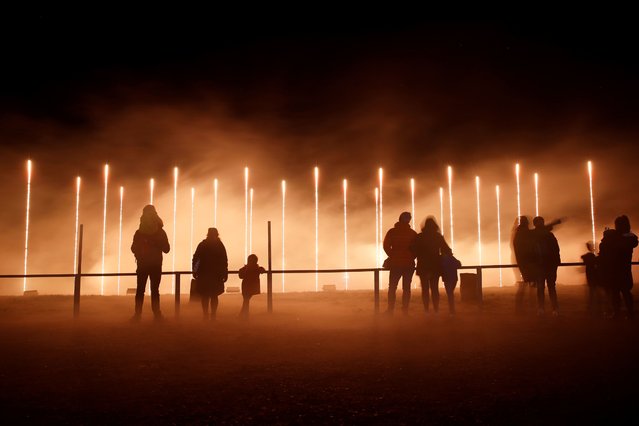 People enjoy The Land of Light show at Longleat House, amid the spread of the coronavirus disease (COVID-19), in Warminster, Wiltshire, Britain on December 12, 2020. Picture taken with a long exposure. (Photo by Paul Childs/Reuters) 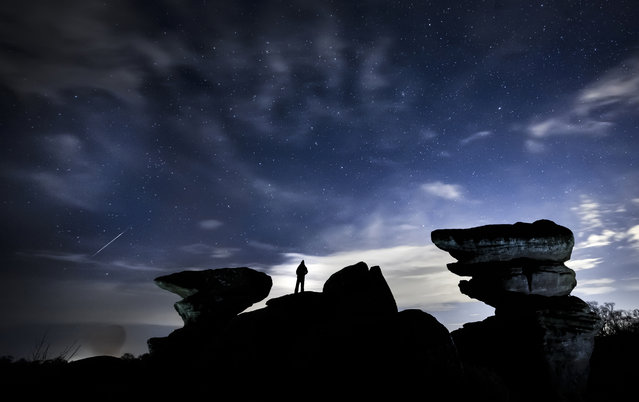 A man watches a meteor during the Geminid meteor shower over Brimham Rocks, a collection of balancing rock formations in the Nidderdale Area of Outstanding Natural Beauty in North Yorkshire on December 15, 2020. The Geminid meteor shower is active between 4th and 17th of December and is regarded as one of the most reliable of the year with as many as 70 meteors an hour. Brimham Rocks rocks began forming roughly 320 million years ago, when water, grit, and sand washed down from Scotland and Norway. However, standing nearly 30 feet tall the bizarre formations that can be seen today were created as the millstone grit was eroded during the last glacial period. (Photo by Danny Lawson/PA Images via Getty Images)
Edit Del
26 Dec 2020 00:03:00, post received 0 comments
Publication archive:
←   →
Popular tags:
All tags
Last searches: