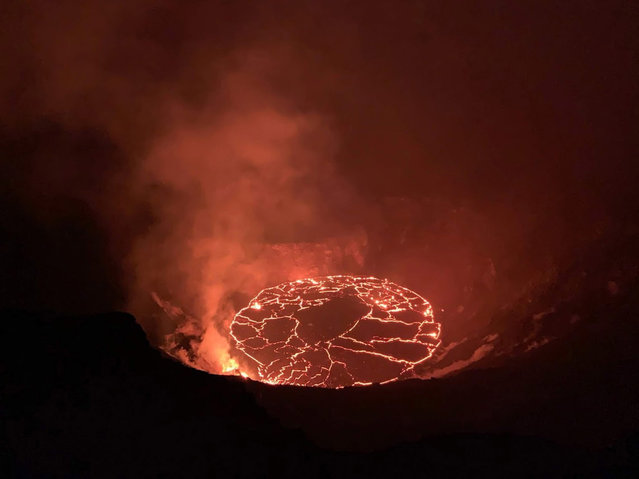 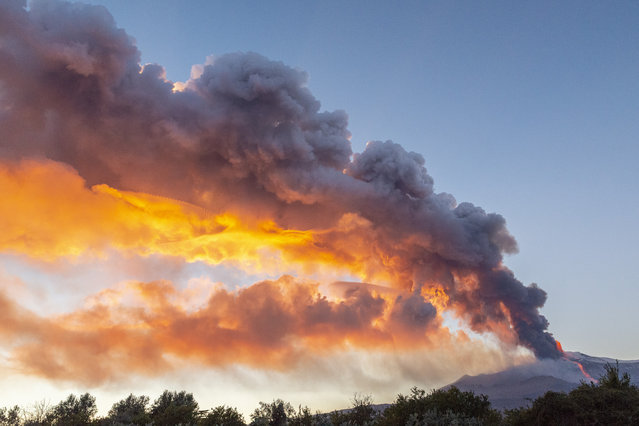 Eruption at Mount Etna, in the late afternoon there was a major increase in volcanic activity at the Southeast Crater, followed by a violent pyroclastic flow accompanied by tall lava fountains and lava flows along the flanks of the Southeast crater, photo taken from the village of MIlo near Catania on February 16, 2021. (Photo by Salvatore Allegra/Anadolu Agency via Getty Images) 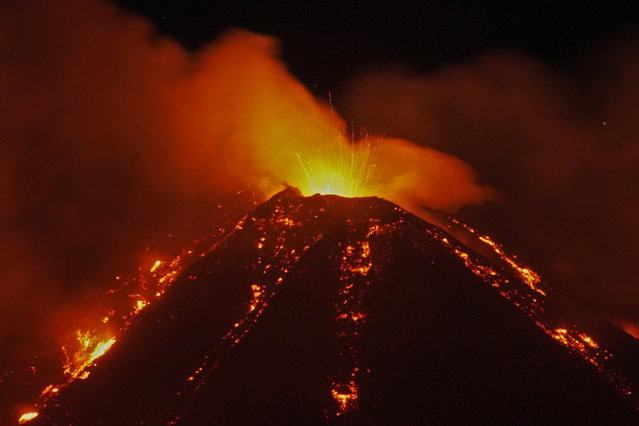 An eruption from Mount Etna lights up the sky during the night, seen from the small village of Fornazzo, under the volcano, Italy, January 18, 2021. (Photo by Antonio Parrinello/Reuters) 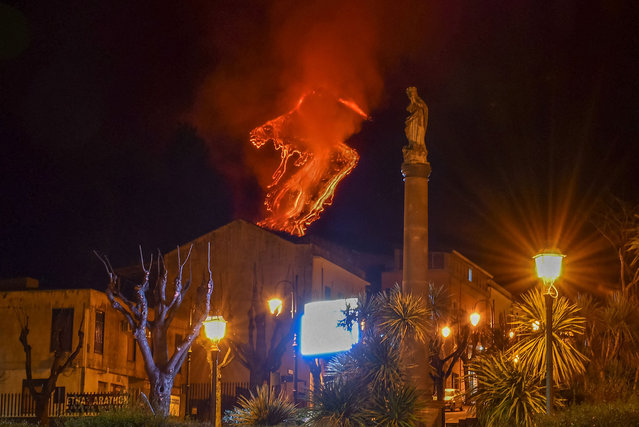 This photo taken late on February 21, 2021 in Milo, near Catania, Sicily, and obtained on February 22, 2021 from Italian news agency Ansa, shows lava flowing along the sides of the southern crater of the Etna volcano as a new eruptive episode of tall lava fountains, known as paroxysm, occurred. (Photo by ANSA/Handout via AFP Photo) 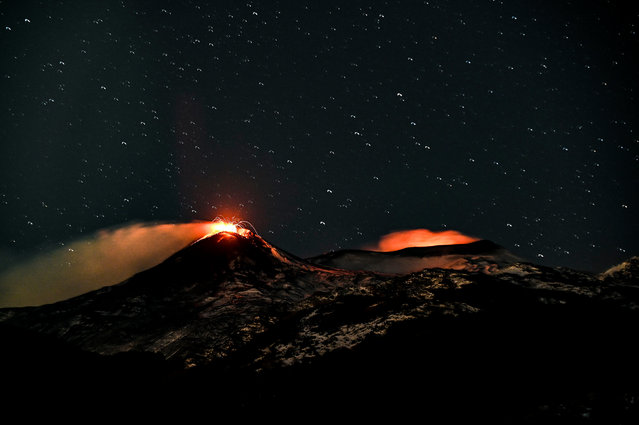 A night view of the southeast crater (L) and the Intra-crater in the Bocca Nuova and Voragine craters (R) of Etna volcano during explosive activity with lava fountains on February 15, 2021 in Catania, Italy. The National Institute of Geophysics and Volcanology, Etna Observatory, explained that since the early hours of 15 February a gradual intensification of explosive activity has been observed at the Southeast Crater while activity continued at the eastern mouths of the same crater. (Photo by Fabrizio Villa/Getty Images) 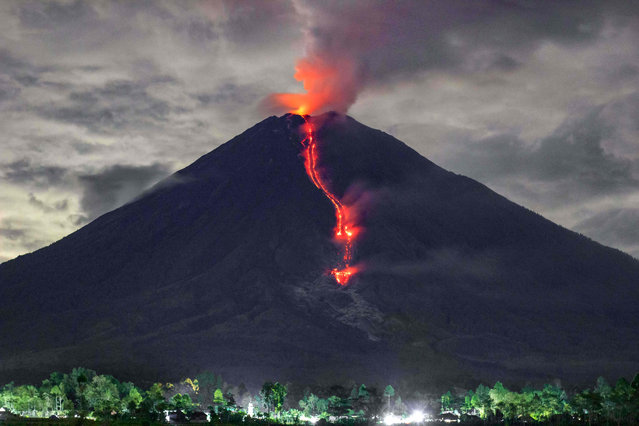 In this picture taken on January 16, 2021, lava is seen during an eruption of Mount Semeru in Lumajang, East Java, Indonesia. (Photo by Agus Harianto/AFP Photo) 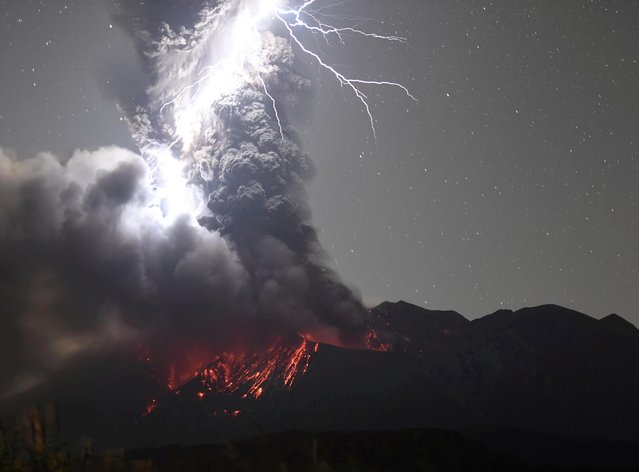 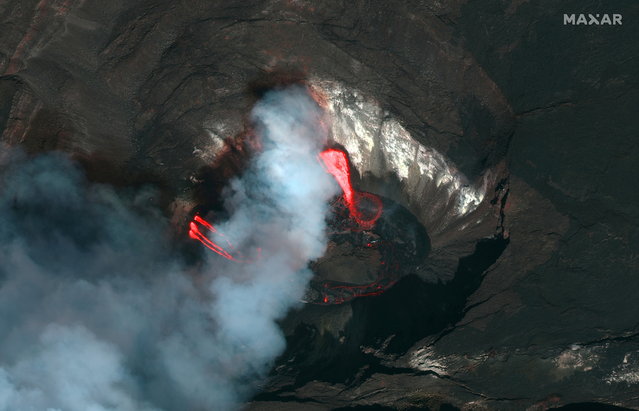 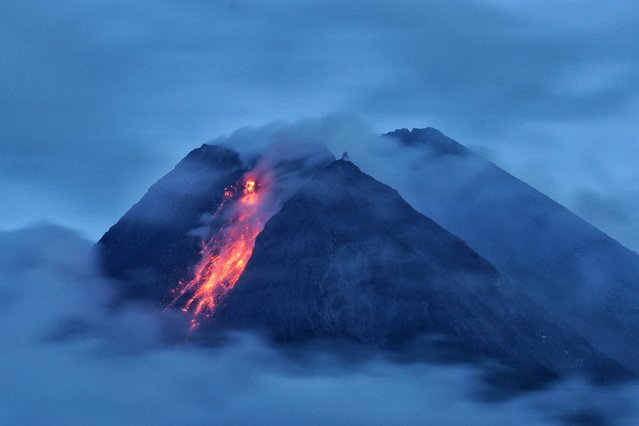 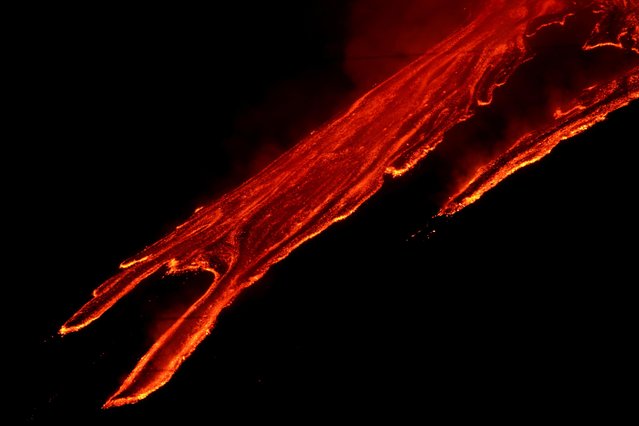 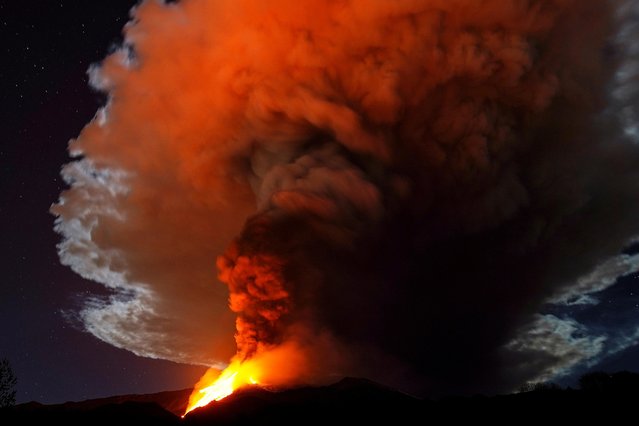 Large streams of red hot lava shoot into the night sky as Mount Etna, Europe's most active volcano, continues to erupt, as seen from the village of Fornazzo, Italy on February 23, 2021. (Photo by Antonio Parrinello/Reuters) 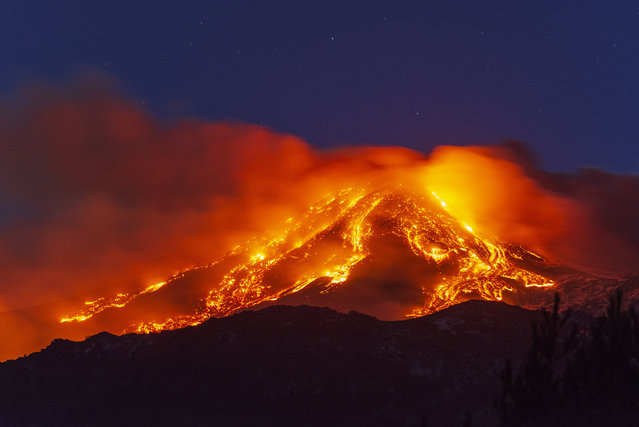 Lava gushes from the Mt Etna volcano near Catania, Sicily, Tuesday, February 16, 2021. Europe's most active volcano came alive around 4 pm local time on Tuesday, according to the Italian Institute of Geophysics and Volcanology. (Photo by Salvatore Allegra/AP Photo) 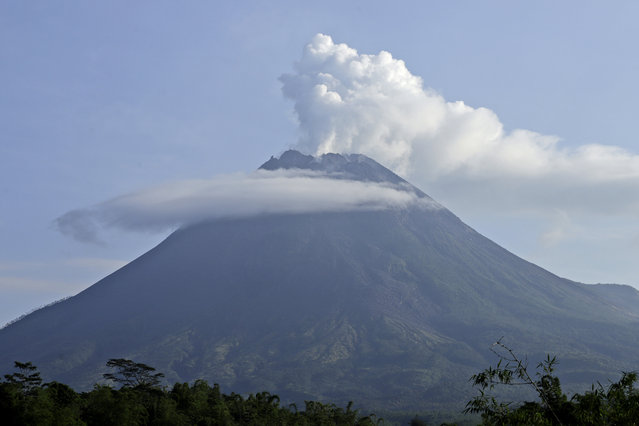 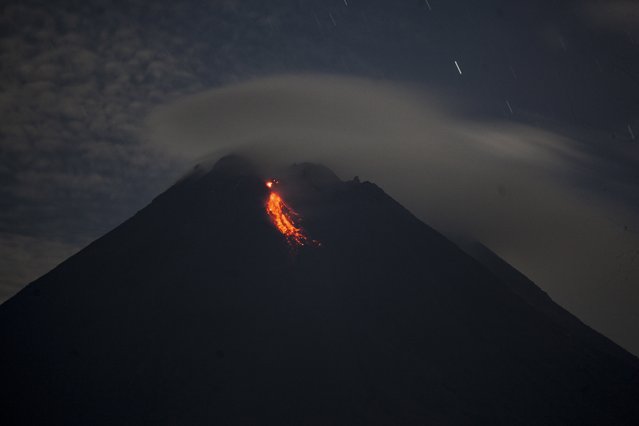 Lava streams down from Mount Merapi as seen from Sleman, Yogyakarta, Indonesia, 06 January 2021. Indonesian authorities evacuated hundreds of villagers living on the slope of Mount Merapi following the increase of volcanic activities. Mount Merapi is one of the most active volcanoes in the country. At least 300 people were killed when it erupted in 2010. (Photo by Ali Lutfi/EPA/EFE) 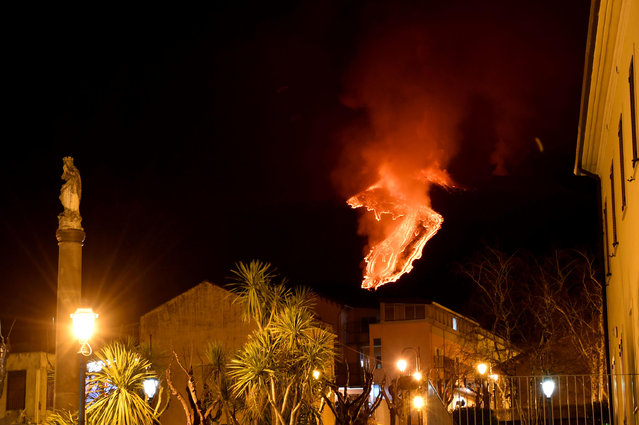 A lava stream runs down the slopes as Mount Etna volcano erupts, as seen from Milo, near Catania, Sicily, Italy, 21 February 2021. (Photo by Orietta Scardino/EPA/EFE) 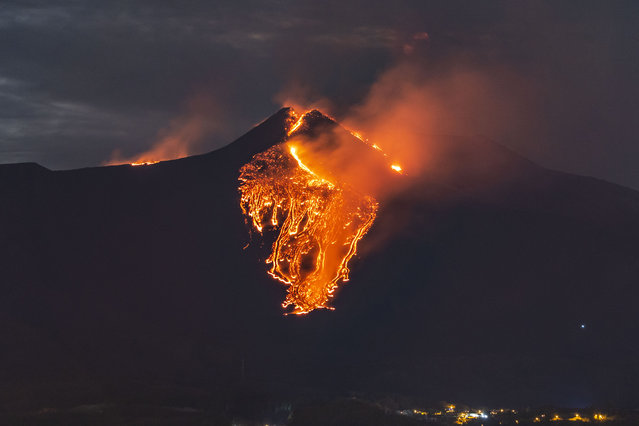