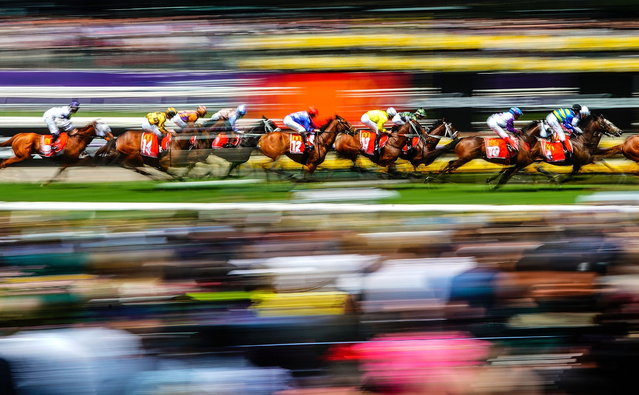 A general view of race 4, The Macca's Run, during the Melbourne Cup Day at Flemington Racecourse in Melbourne, Victoria, Australia, 05 November 2019. (Photo by Scott Barbour/EPA/EFE) 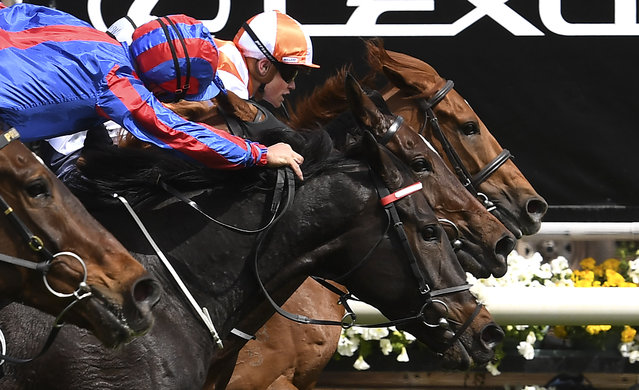 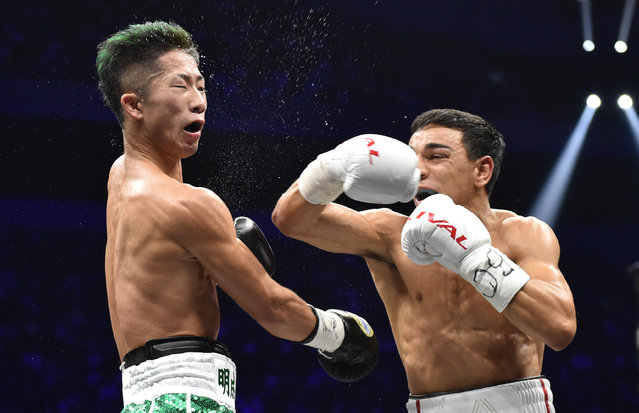 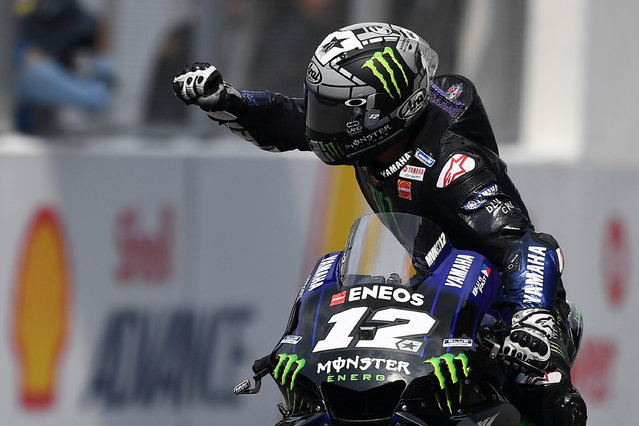 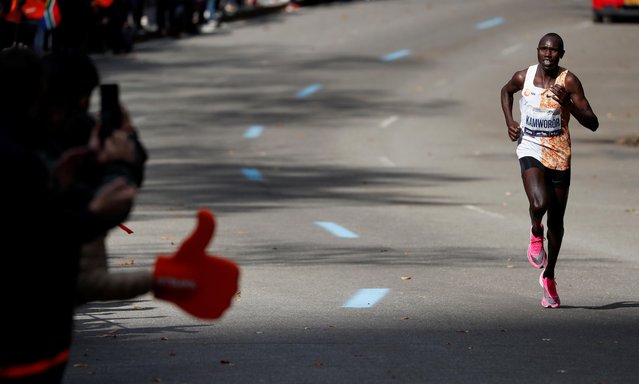 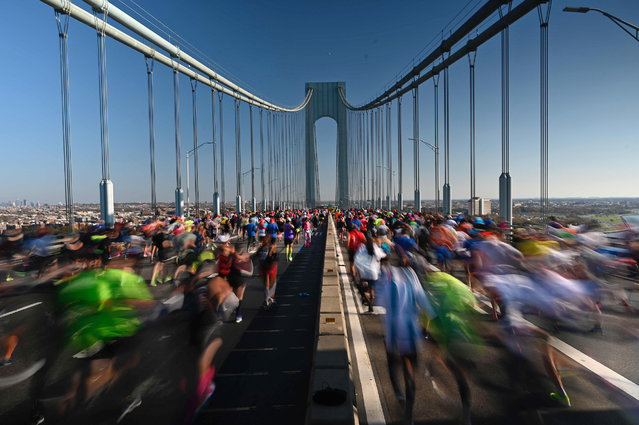 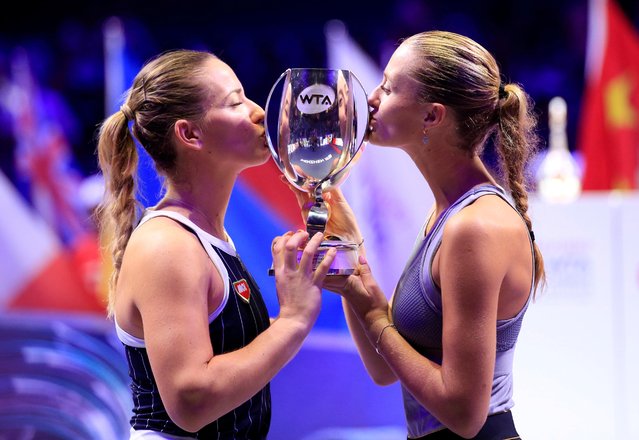 Timea Babos (L) of Hungary/Kristina Mladenovic of France kiss the trophy after the doubles final against Hsieh Su-wei of Chinese Taipei/Barbora Strycova of the Czech Republic at the WTA Finals Tennis Tournament in Shenzhen, south China's Guangdong Province, November 3, 2019. (Photo by Aly Song/Reuters) 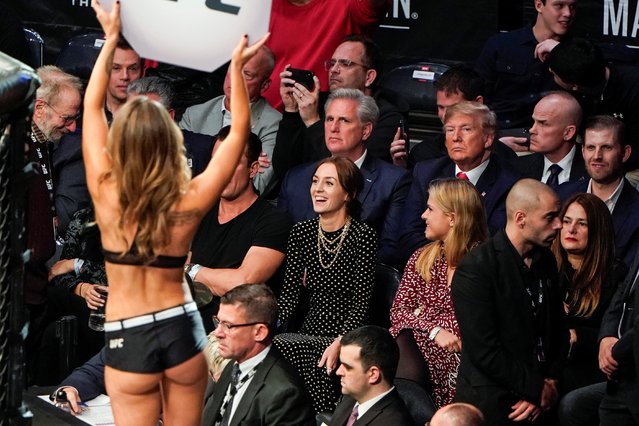 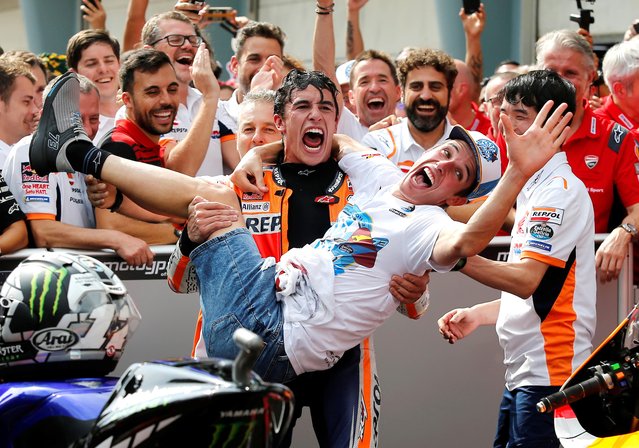 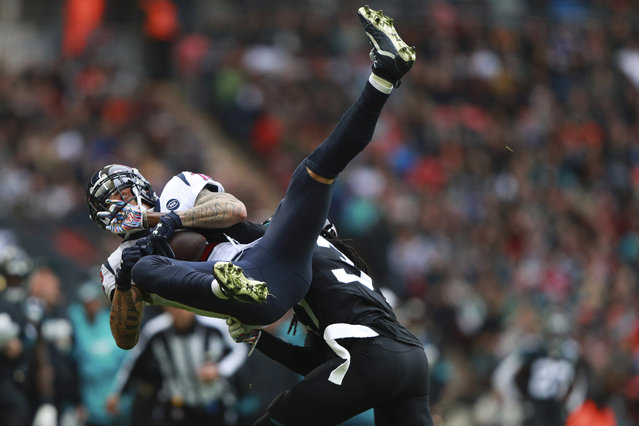 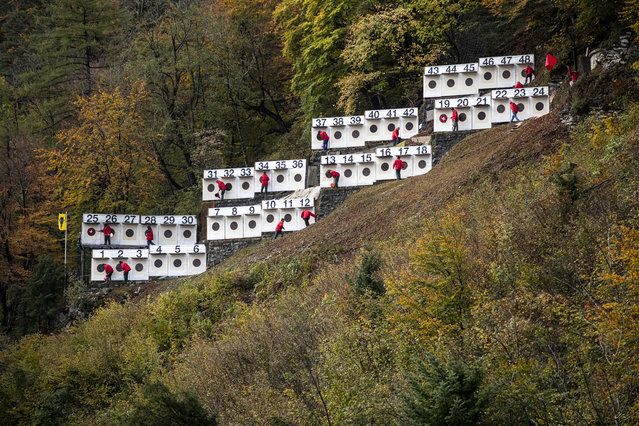 Helpers at the targets at the traditional 157th Ruetlischiessen on the Ruetli at the Vierwaldstaettersee, Switzerland on Wednesday, November 6, 2019. (Photo by Alexandra Wey/Keystone) 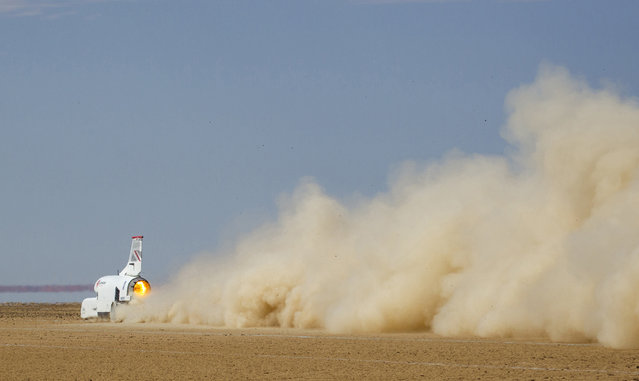 In this handout photo provided by Bloodhound, the vehicle speeds along the Hakskeenpan track in South Africa during trials to set a land speed record Friday, November 8, 2019. Hitting 501 miles per hour on the South Africa’s northern desert, the Bloodhound became one of the world’s 10 fastest cars this week, on target for its goal to set a new land speed record. A jet that stays on earth, Bloodhound’s next goal is to reach 550 miles per hour, possibly in the coming week. (Photo by Charlie Sperring/Bloodhound via AP Photo) 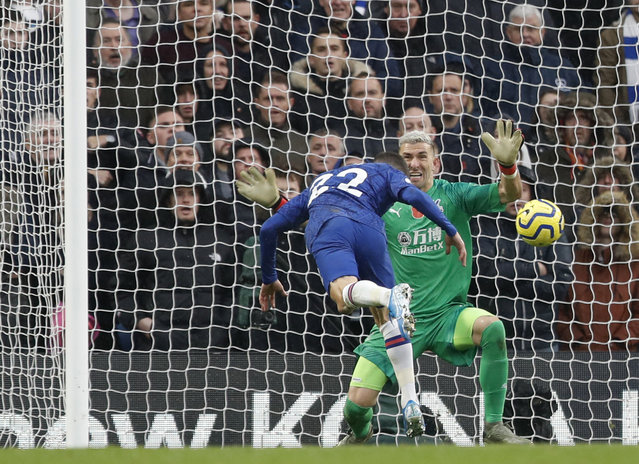 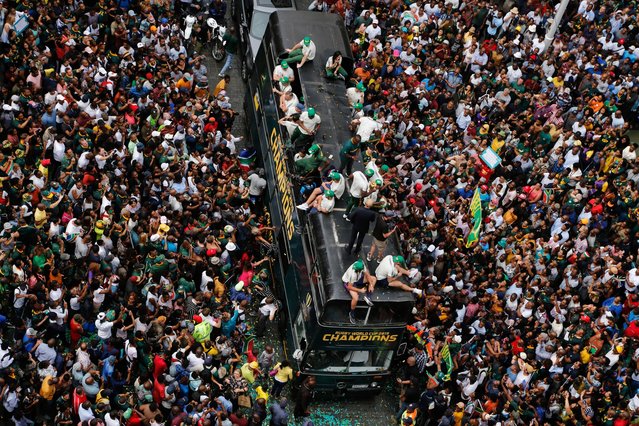 Rugby fans surround the bus of the South African Springbok rugby team, during a victory parade in downtown Johannesburg, South Africa, Thursday, November 7, 2019. South Africa's Rugby World Cup-winning team has started a five-day victory tour where they will carry the trophy across the country. (Photo by Denis Farrell/AP Photo) 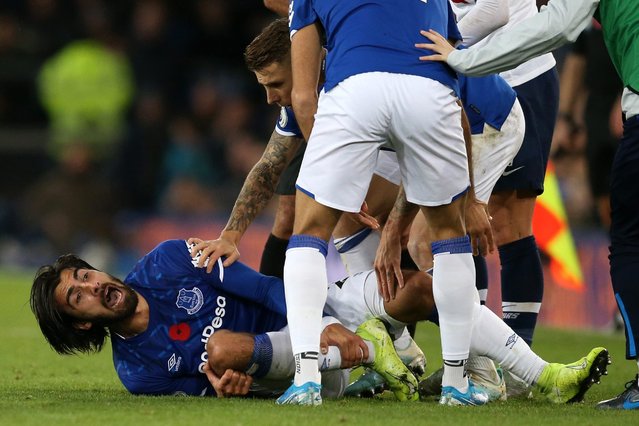 Andre Gomes of Everton reacts after being tackled by Son Heung-Min of Tottenham Hotspur during the Premier League match between Everton FC and Tottenham Hotspur at Goodison Park on November 03, 2019 in Liverpool, United Kingdom. (Photo by Jan Kruger/Getty Images) 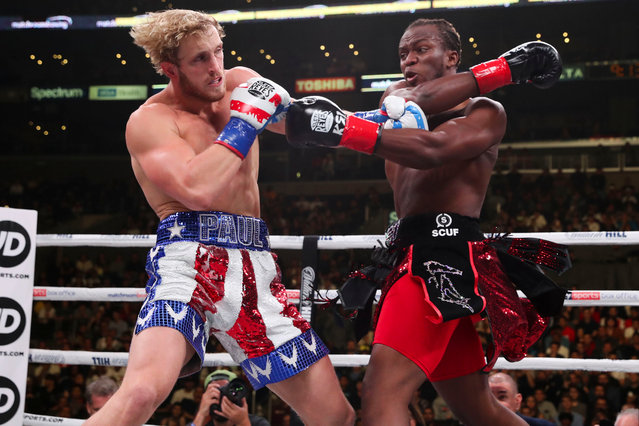 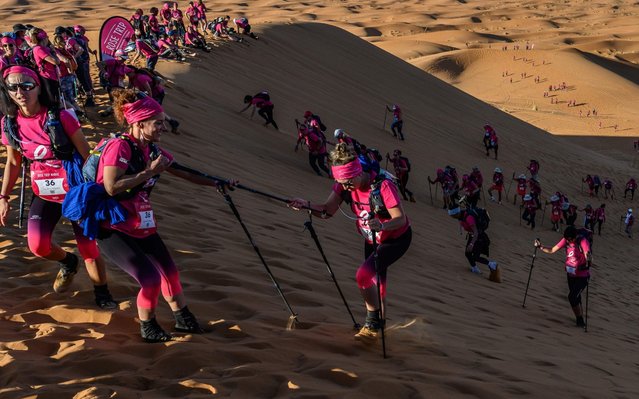 Women clumb up a sand dune as they take part in the desert trek “Rose Trip Maroc”, on November 4, 2019 in the erg Chebbi near Merzouga. The Rose Trip Maroc is a female-oriented trek where teams of three must travel through the southern Moroccan Sahara desert with a compass, a map and a topographical reporter. (Photo by Jean-Philippe Ksiazek/AFP Photo) 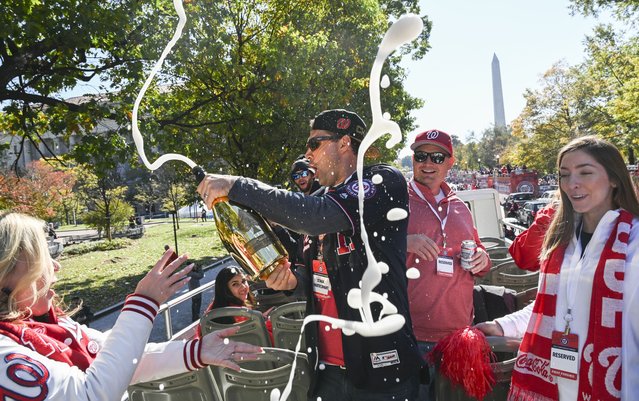 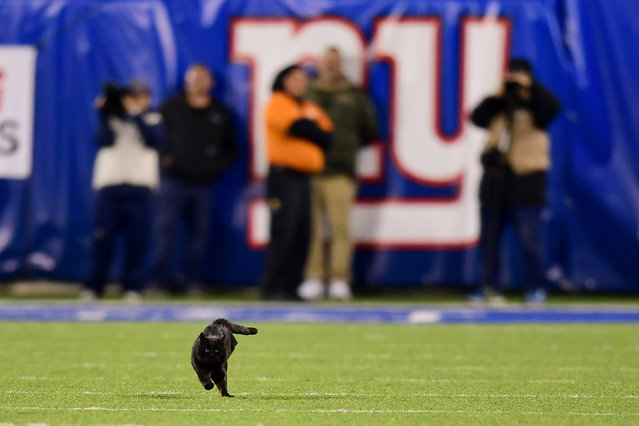