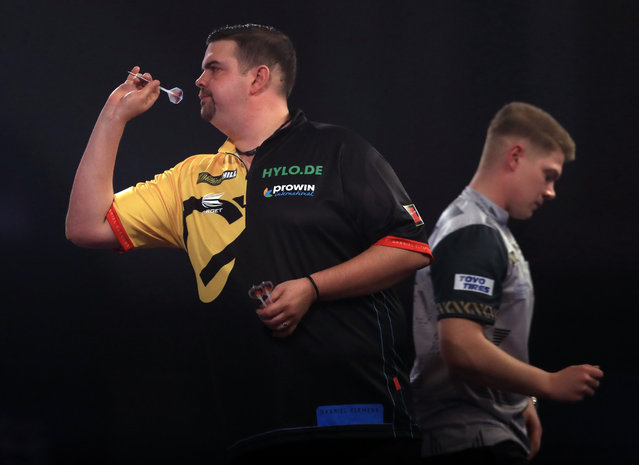 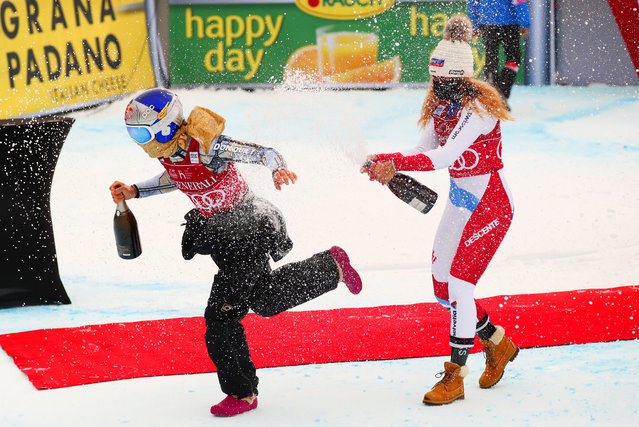 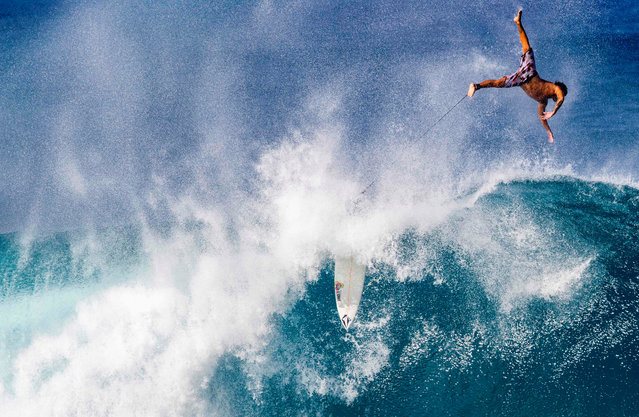 A surfer wipes out at Pipeline on the north shore of Oahu, Hawaii, on December 24, 2020. (Photo by Brian Bielmann/AFP Photo) 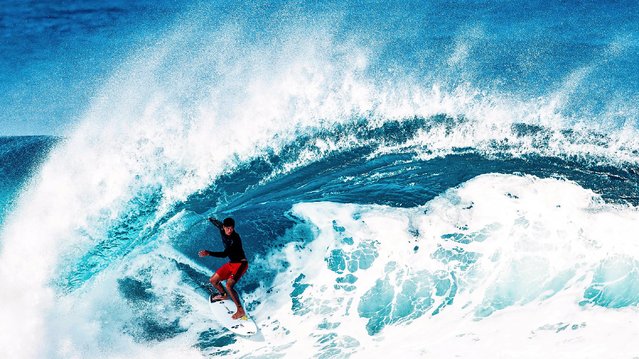 Hawaii's Ezekiel Lau surfs a wave at Pipeline on the north shore of Oahu, Hawaii, on December 24, 2020. (Photo by Brian Bielmann/AFP Photo) 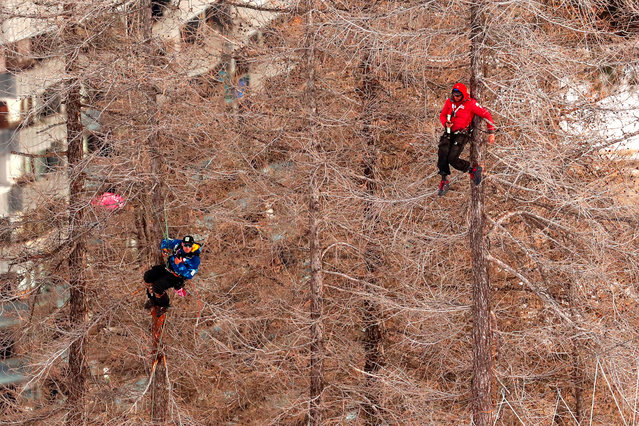 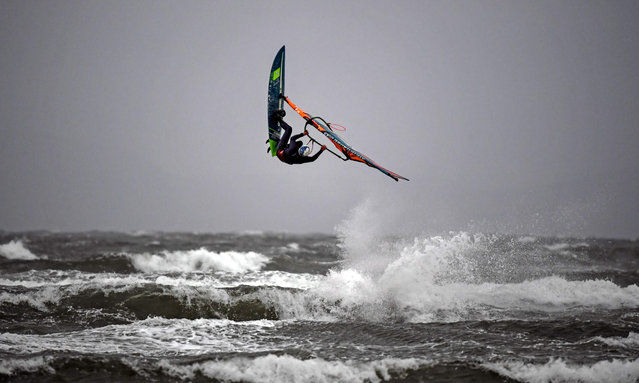 A windsurfer performs a trick at Barassie Beach in Troon, on the west coast of Scotland on Boxing Day, December 26, 2020 as Storm Bella brings rain and high winds to the UK. (Photo by Andy Buchanan/AFP Photo) 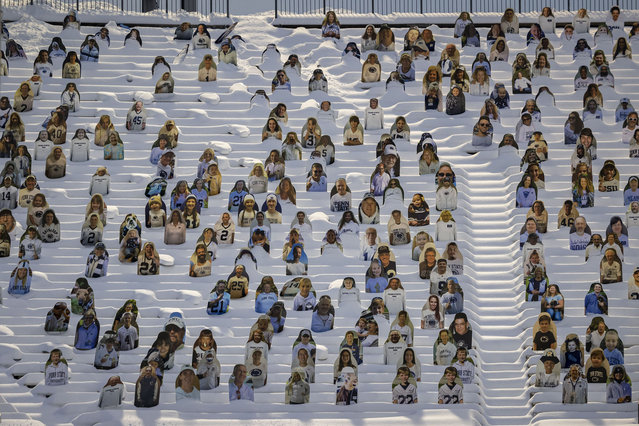 A general view of fan cutouts covered in snow before the game between the Penn State Nittany Lions and the Illinois Fighting Illini at Beaver Stadium on December 19, 2020 in State College, Pennsylvania. Fans were not permitted to attend the game due to the novel coronavirus (COVID-19) pandemic. (Photo by Scott Taetsch/Getty Images) 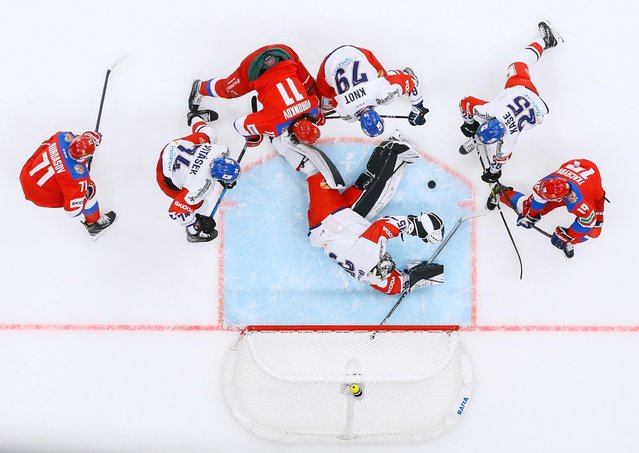 Russian and Czech ice hockey players take part in a goalmouth scramble during their Euro Hockey Tour match at Park of Legends Arena in Moscow on December 19, 2020. (Photo by Evgenia Novozhenina/Reuters) 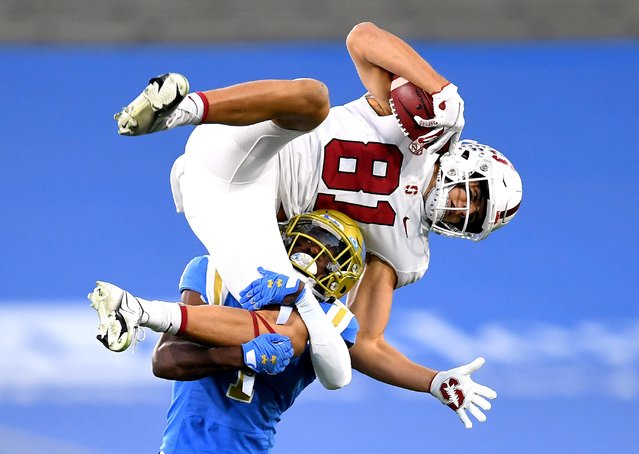 Stanford Cardinal wide receiver Brycen Tremayne (81) is upended by UCLA Bruins defensive back Jay Shaw (1)after catching a pass for a first down at the 37 yard line in the first half of the game against the UCLA Bruins at the Rose Bowl in Pasadena, California, December 19, 2020. (Photo by Jayne Kamin-Oncea/USA TODAY Sports) 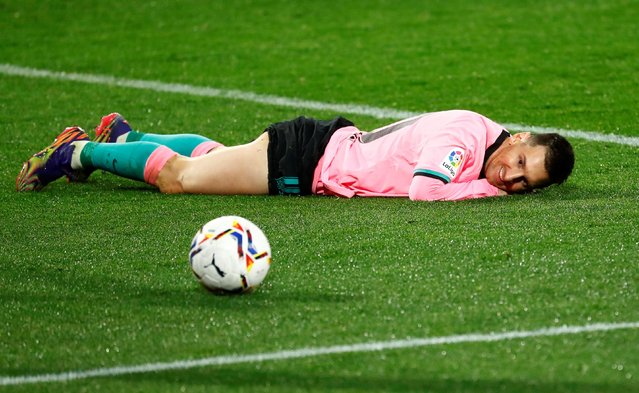 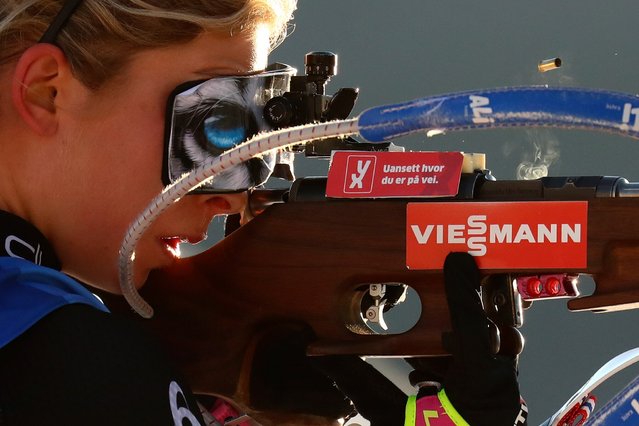 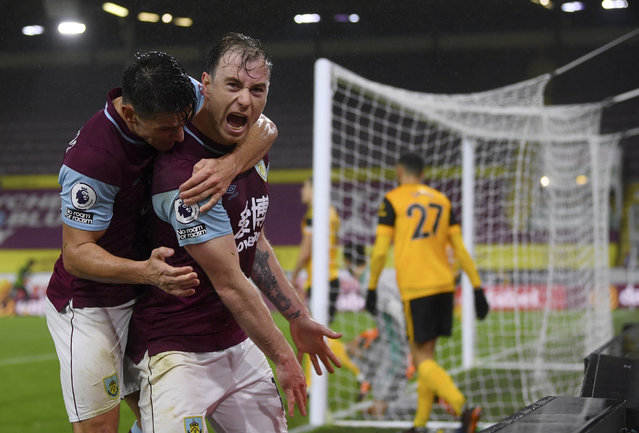 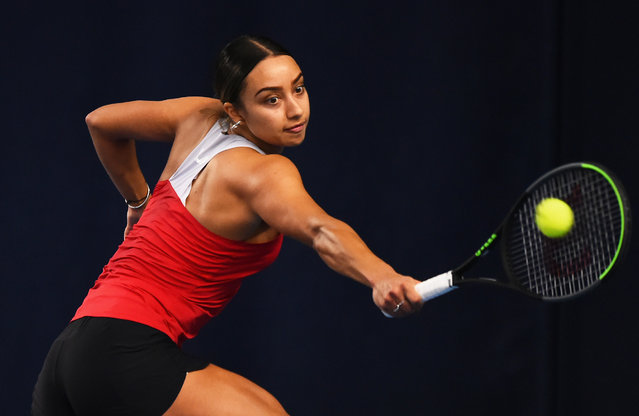 Eden Silva plays a backhand shot during their round robin match against Katy Dunne during Day Four of the Battle of the Brits Premier League of Tennis at the National Tennis Centre on December 23, 2020 in London, England. (Photo by Tom Dulat/Getty Images for LTA) 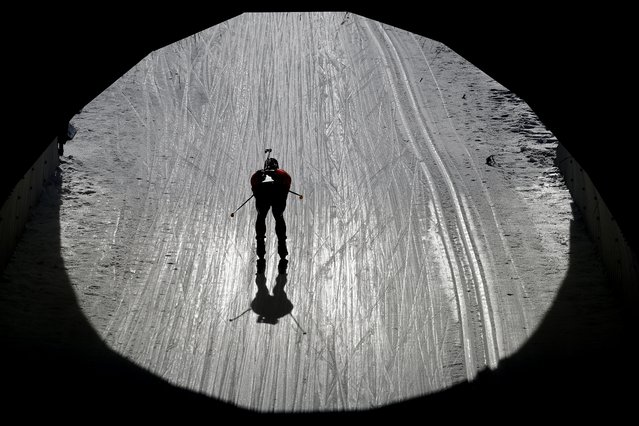 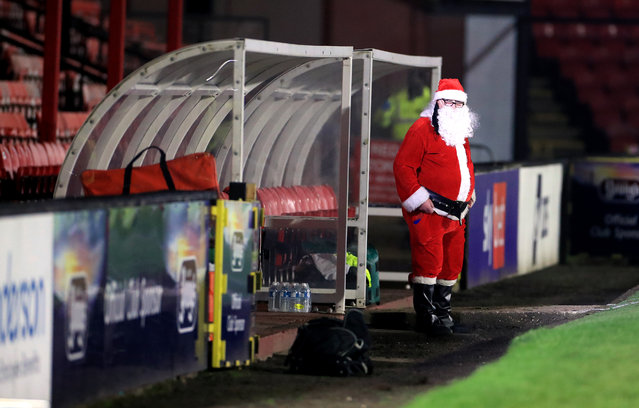 A man wearing a Santa Claus costume in the dug out ahead of the Sky Bet League Two match at Blundell Park, Grimsby on December 22, 2020. (Photo by Mike Egerton/PA Images via Getty Images) 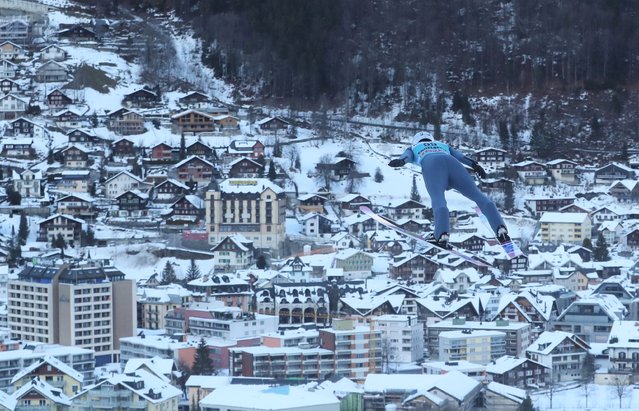