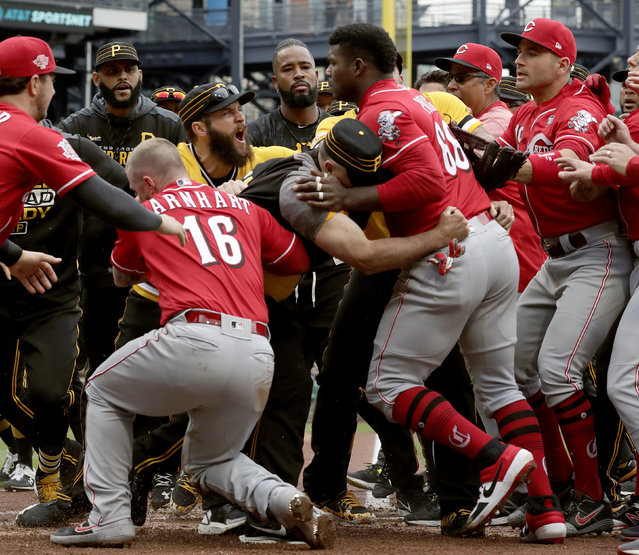 Cincinnati Reds' Yasiel Puig (66) is restrained by Pittsburgh Pirates bench coach Tom Prince, in the middle of a bench clearing brawl during the fourth inning of a baseball game in Pittsburgh, Sunday, April 7, 2019. (Photo by Gene J. Puskar/AP Photo) 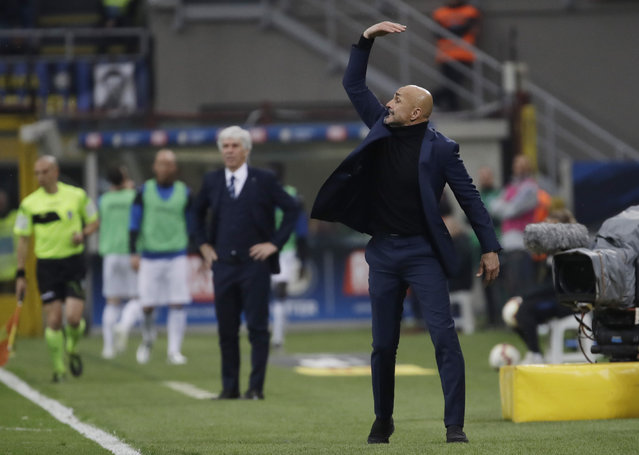 Inter Milan coach Luciano Spalletti, right, shouts to his players as in background Atalanta coach Gian Piero Gasperini does the same with his, during an Italian Serie A soccer match between Inter Milan and Atalanta, at the San Siro stadium in Milan, Italy, Sunday, April 7, 2019. (Photo by Luca Bruno/AP Photo) 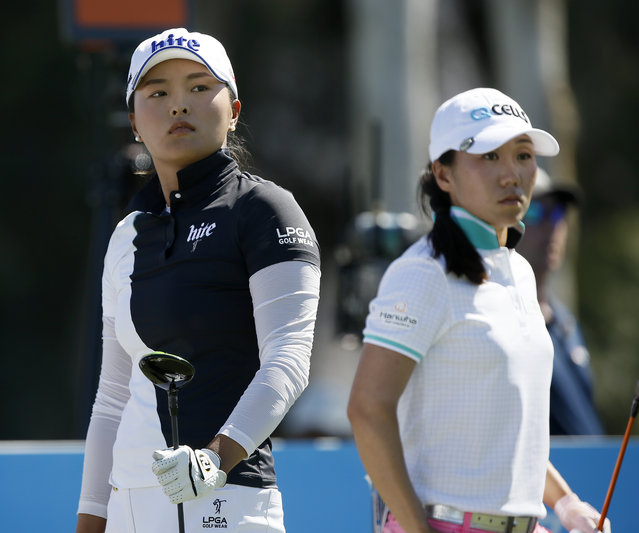 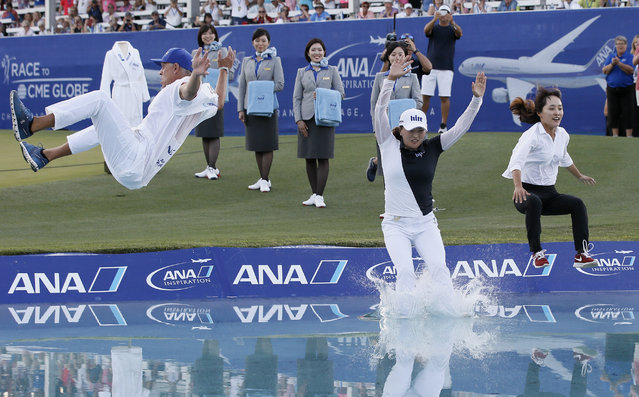 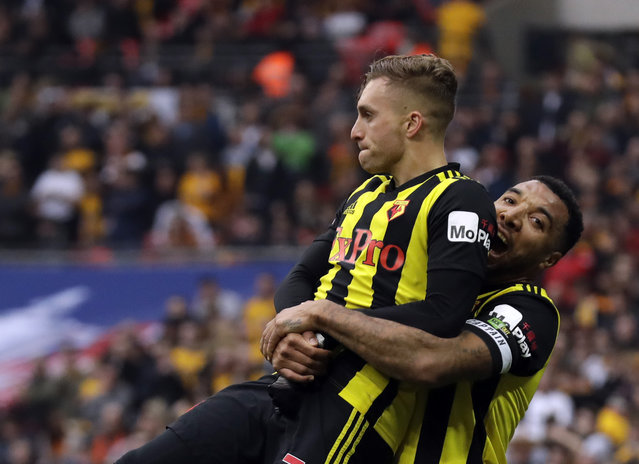 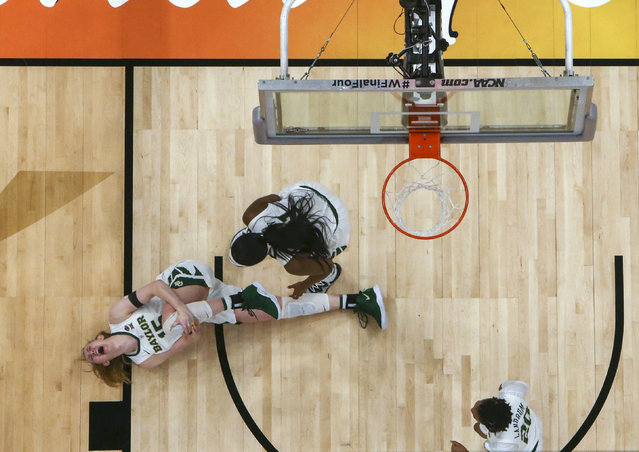 Baylor forward Lauren Cox (15) grabs her knee as teammates Kalani Brown (21) and Juicy Landrum (20) watch after Cox was injured during the second half against Notre Dame in the Final Four championship game of the NCAA women's college basketball tournament Sunday, April 7, 2019, in Tampa, Fla. (Photo by Dirk Shadd/Tampa Bay Times via AP Photo) 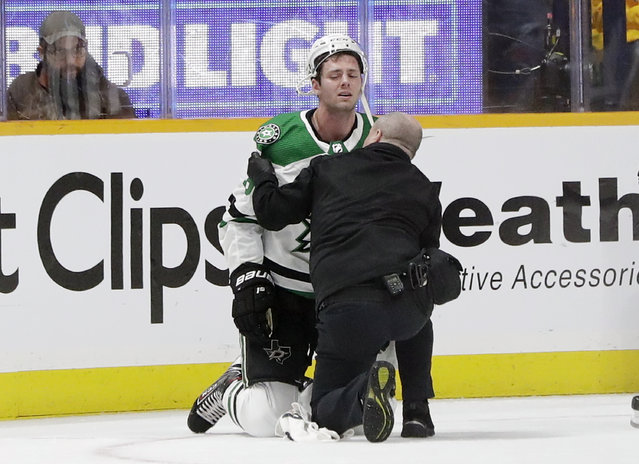 Dallas Stars center Jason Dickinson is attended to after being injured during the first period in Game 1 of the team's NHL hockey first-round playoff series against the Nashville Predators on Wednesday, April 10, 2019, in Nashville, Tenn. (Photo by Mark Humphrey/AP Photo) 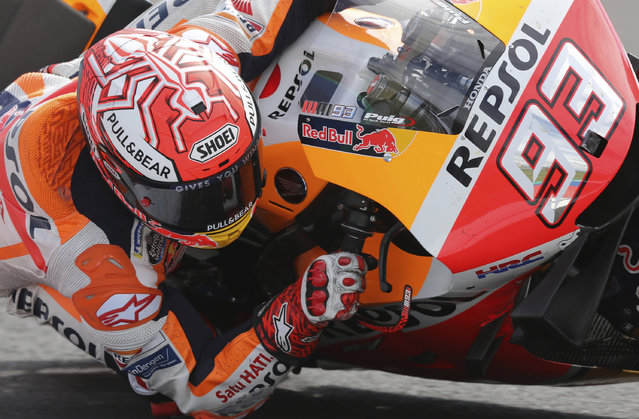 In this Sunday, March 31, 2019, file photo, Marc Marquez, of Spain, drives his motorcycle during the Moto GP race at the Termas de Rio Hondo circuit in Argentina. The reigning MotoGP champion has dominated the Circuit of the Americas from the year it opened and the Repsol Honda rider comes back right back on top of the season standings in a chase for a sixth title in seven years. (Photo by Nicolas Aguilera/AP Photo/File) 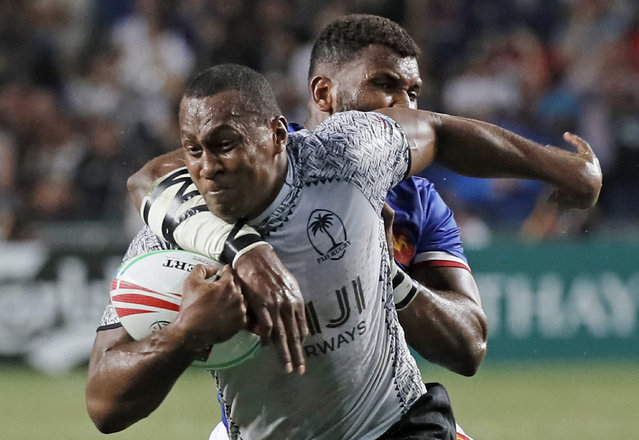 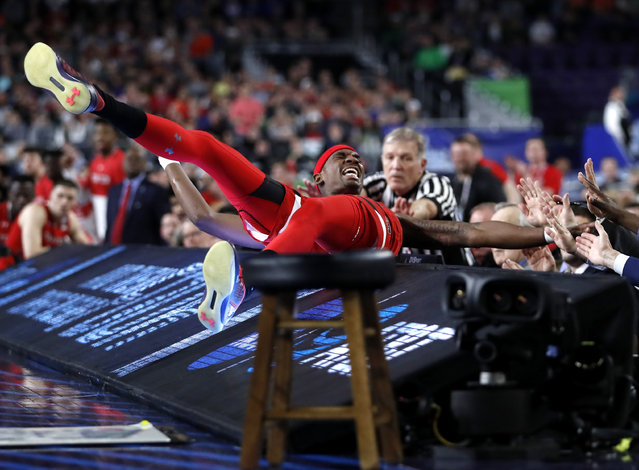 Texas Tech forward Tariq Owens lands on the scorers table while trying to save a ball from going out of bounds during the first half against Michigan State in the semifinals of the Final Four NCAA college basketball tournament, Saturday, April 6, 2019, in Minneapolis. (Photo by Jeff Roberson/AP Photo) 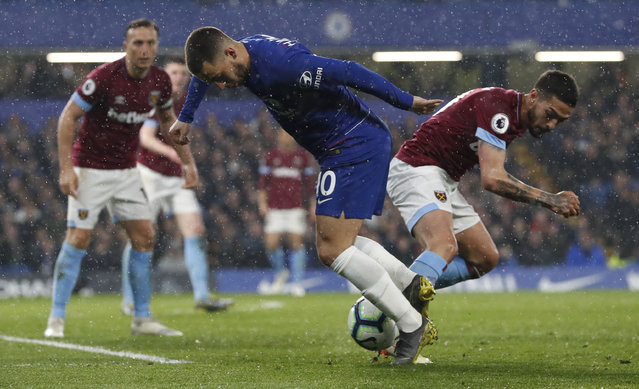 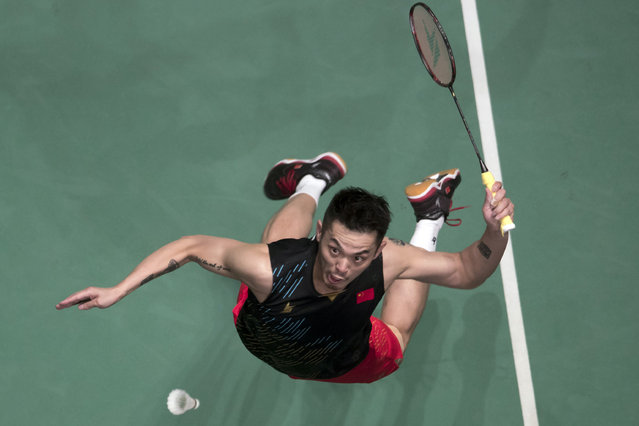 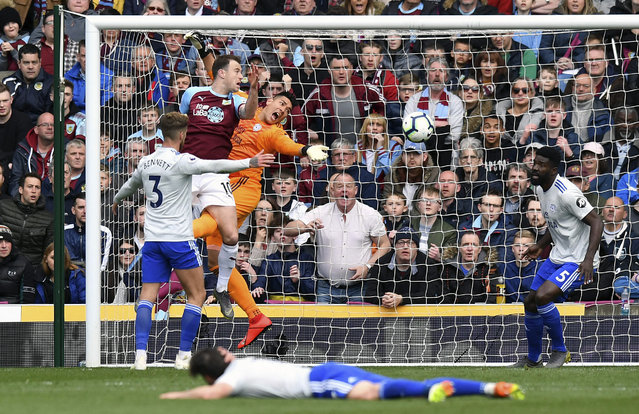 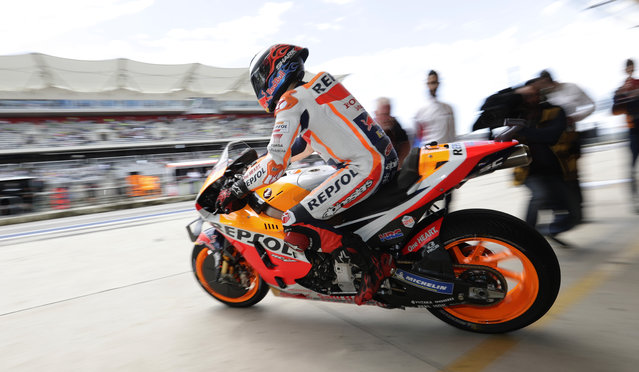 Marc Marquez (93), of Spain, speeds out of the garage after a pit stop during a final practice session for the Grand Prix of the Americas motorcycle race at the Circuit Of The Americas, Saturday, April 13, 2019, in Austin, Texas. (Photo by Eric Gay/AP Photo) 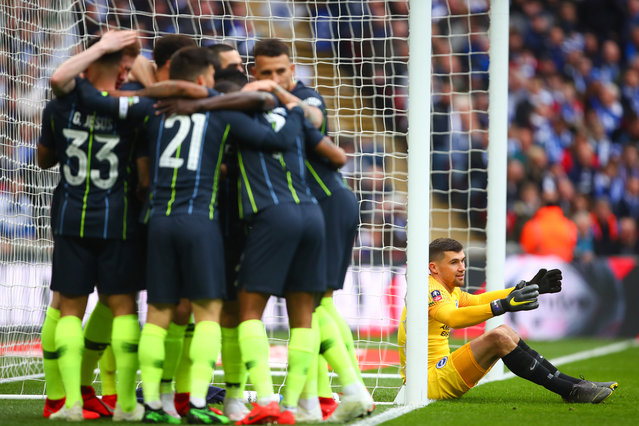 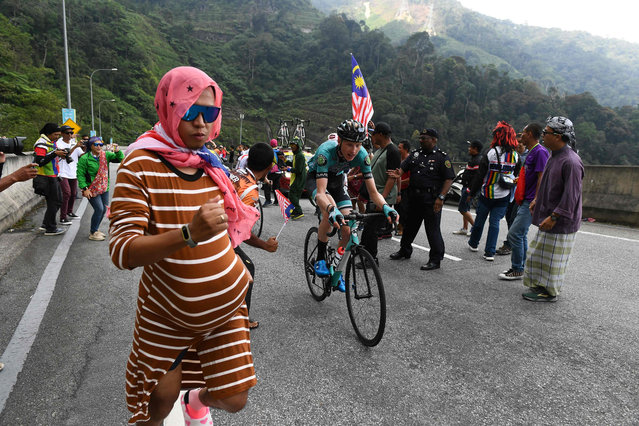 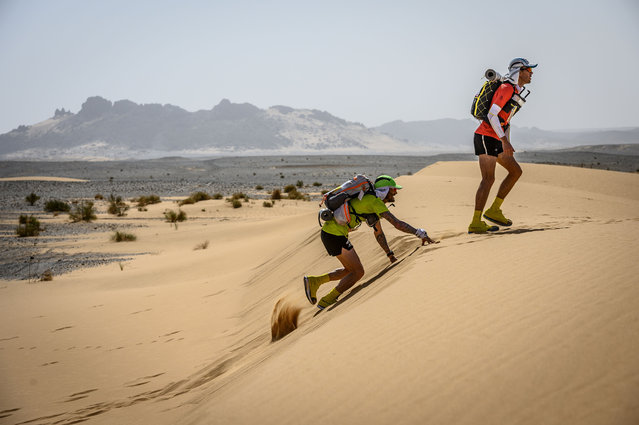 People compete in the stage 3 of the 34rd edition of the Marathon des Sables between Kourci Dial Zaid and Jebel El Mraer in the southern Moroccan Sahara desert, on April 9, 2019. The 34rd edition of the marathon is a live stage 250 kilometres race through a formidable landscape in one of the world's most inhospitable climates. (Photo by Jean-Philippe Ksiazek/AFP Photo) 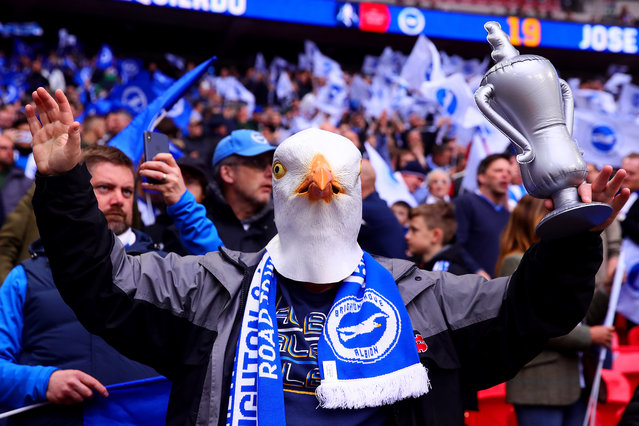