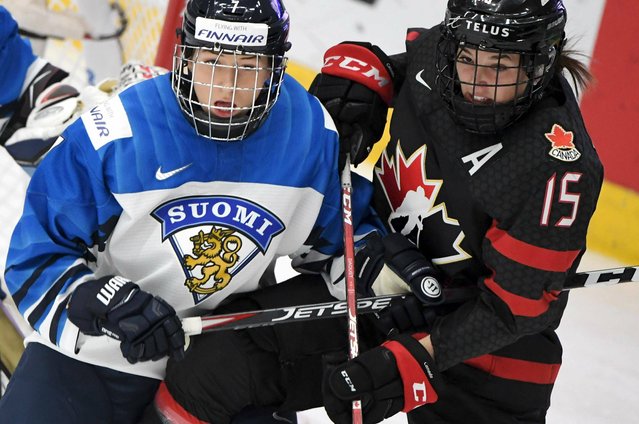 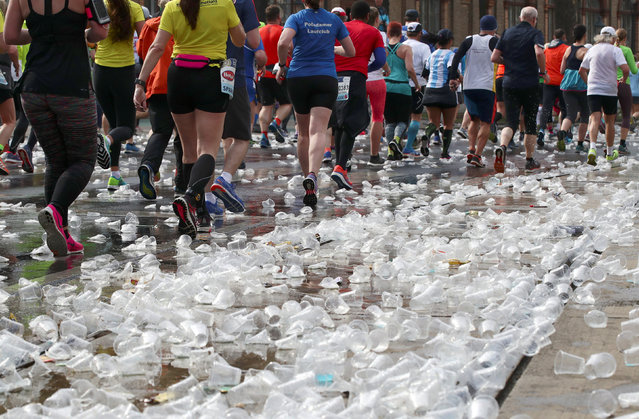 Runners pass along discarded cups at a refreshment point during the Vienna City Marathon in Vienna, Austria, April 7, 2019. (Photo by Lisi Niesner/Reuters) 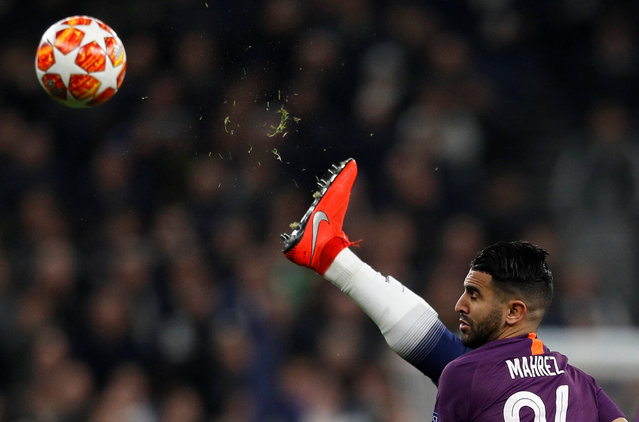 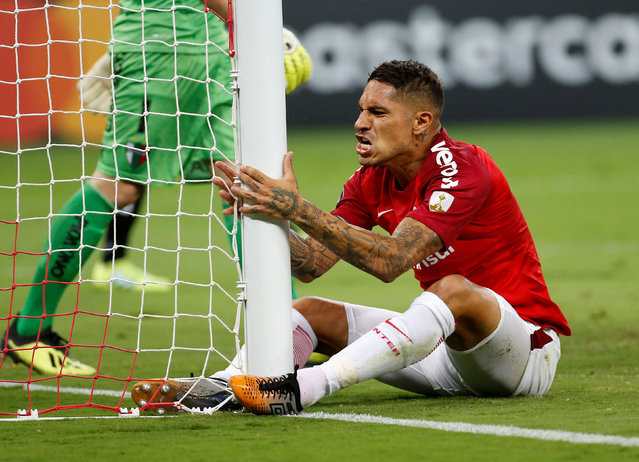 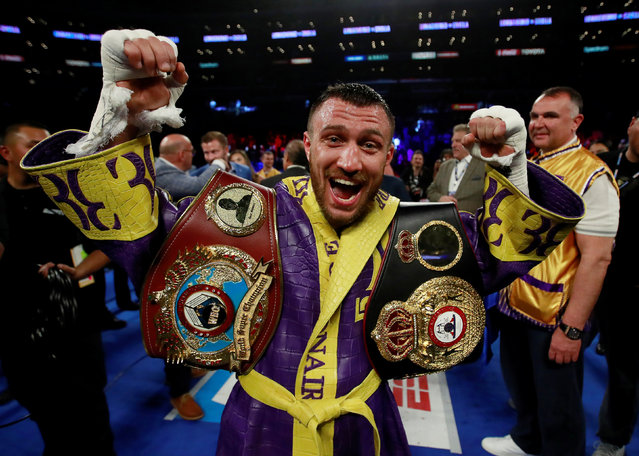 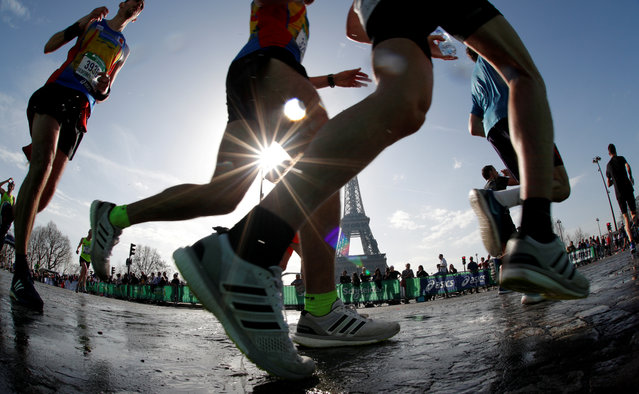 Runners make their way past the Eiffel Tower as they participate in the 42nd Paris Marathon, in France, April 8, 2018. (Photo by Philippe Wojazer/Reuters) 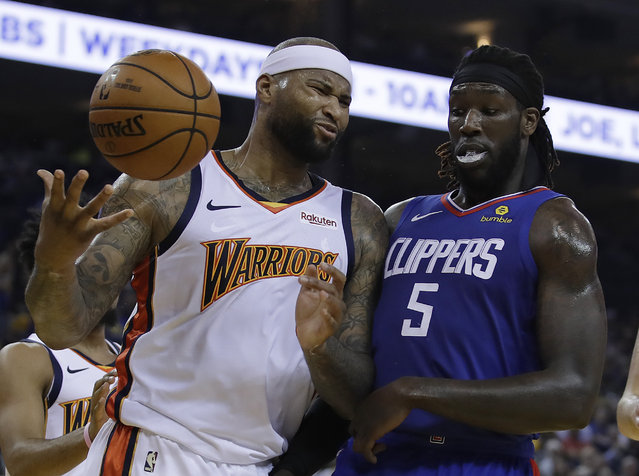 Golden State Warriors' DeMarcus Cousins, left, reacts to a foul called against him beside Los Angeles Clippers' Montrezl Harrell (5) in the first half of an NBA basketball game Sunday, April 7, 2019, in Oakland, Calif. (Photo by Ben Margot/AP Photo) 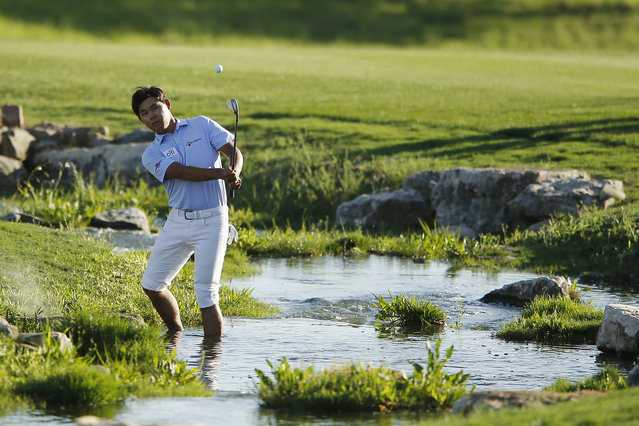 Si Woo Kim of Korea plays a shot on the 18th hole during the final round of the 2019 Valero Texas Open at TPC San Antonio Oaks Course on April 07, 2019 in San Antonio, Texas. (Photo by Michael Reaves/Getty Images) 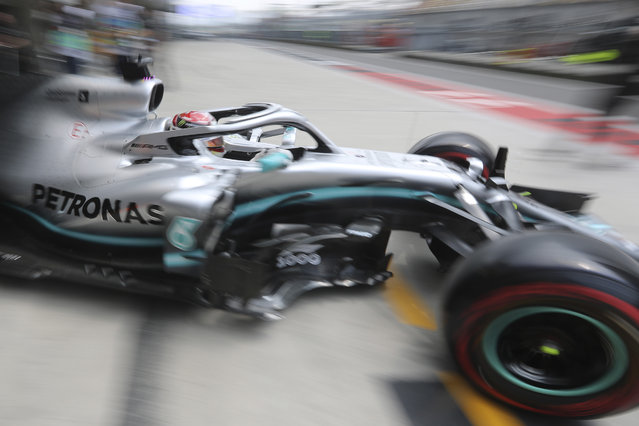 Mercedes driver Lewis Hamilton of Britain steers out of the garage during the first practice session of the Chinese Formula One Grand Prix at the Shanghai International Circuit in Shanghai on Friday, April 12, 2019. (Photo by Ng Han Guan/AP Photo) 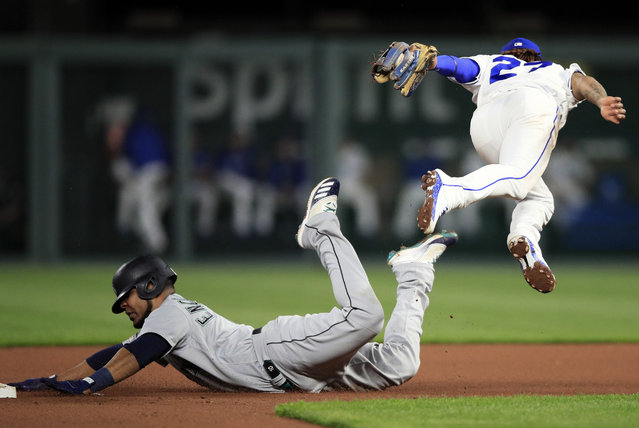 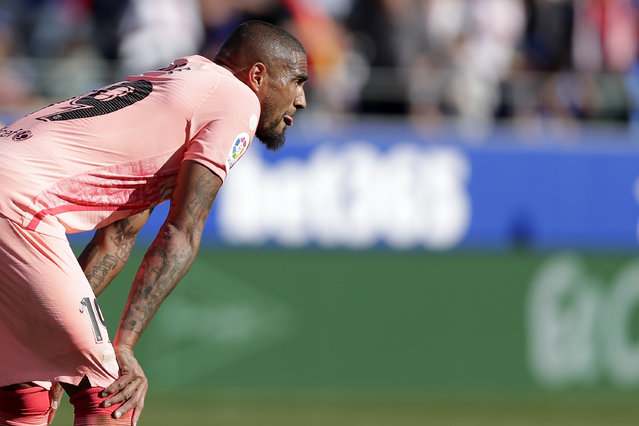 Barcelona's Kevin-Prince Boateng looks on at the end of the Spanish La Liga soccer match between Huesca and Barcelona at the Alcoraz stadium in Huesca, Saturday, April 13, 2019. The match ended in a 0-0 draw. (Photo by Manu Fernandez/AP Photo) 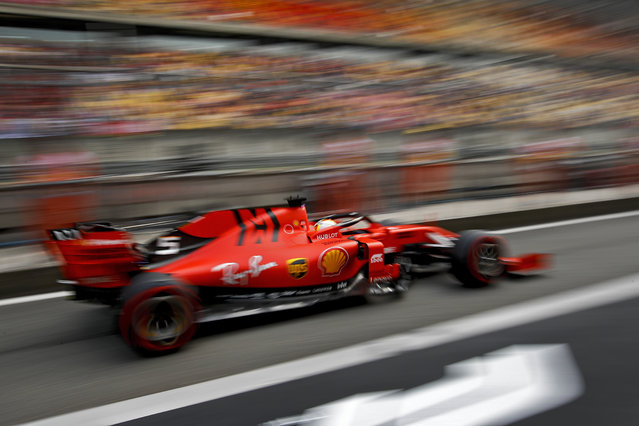 Ferrari driver Sebastian Vettel of Germany steers his car during the second practice session for the Chinese Formula One Grand Prix at the Shanghai International Circuit in Shanghai, China, Friday, April 12, 2019. (Photo by Andy Wong/AP Photo) 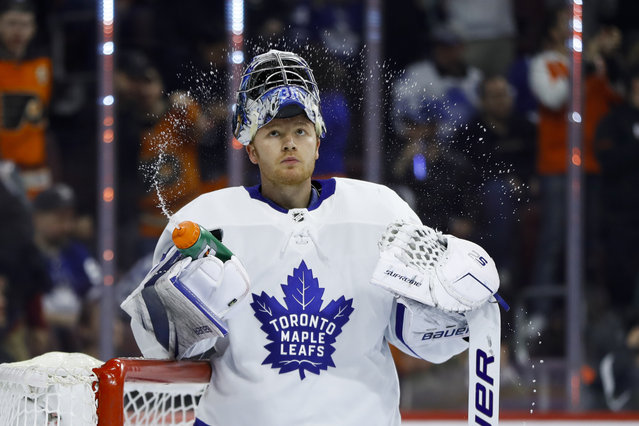 Toronto Maple Leafs' Frederik Andersen squirts water from his bottle after giving up a goal to Philadelphia Flyers' Radko Gudas during the second period of an NHL hockey game Wednesday, March 27, 2019, in Philadelphia. (Photo by Matt Slocum/AP Photo) 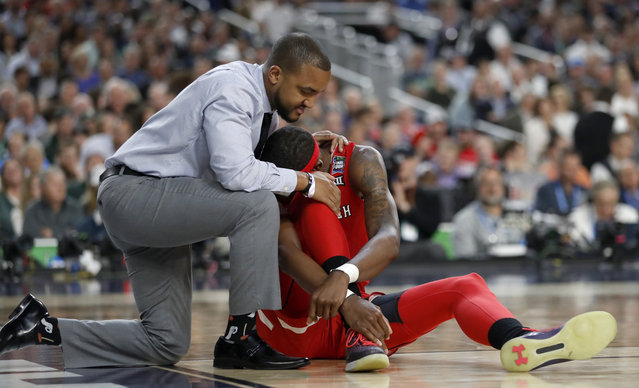 Texas Tech's Tariq Owens (11) is checked by a staff during the second half in the semifinals of the Final Four NCAA college basketball tournament against Michigan State, Saturday, April 6, 2019, in Minneapolis. (Photo by Jeff Roberson/AP Photo) 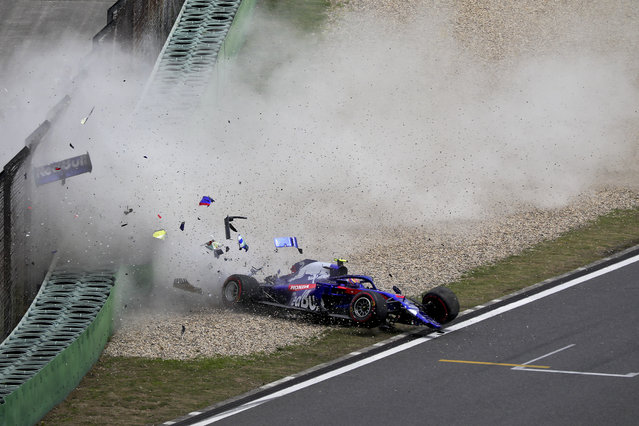 In this photo provided by Cheung Yuk Ling, Toro Rosso driver Alexander Albon of Thailand crashes his car during the third practice session for the Chinese Formula One Grand Prix at the Shanghai International Circuit in Shanghai, China, Saturday, April 13, 2019. (Photo by Cheung Yuk Ling via AP Photo) 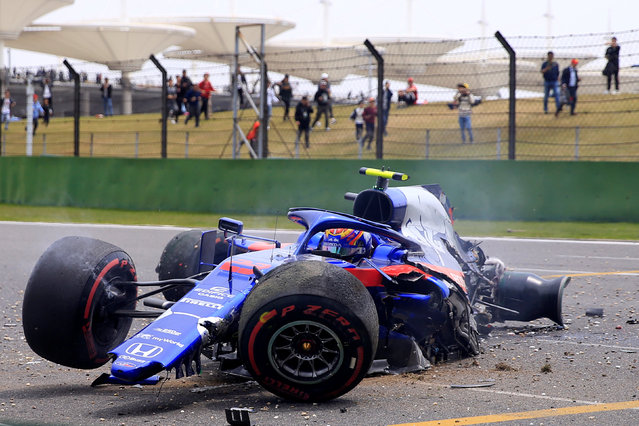 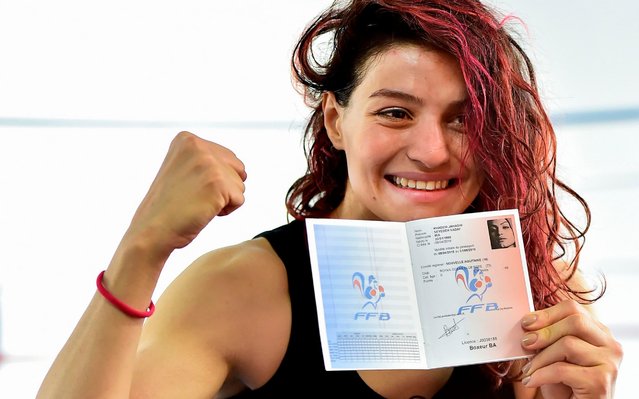 Iranian boxer Sadaf Khadem reacts after receiving her sport license during a training session in a gymnasium in Royan, southwestern France, on April 11, 2019 ahead of her first fight. Iranian boxer Sadaf Khadem, 24, has received her sports license. She will finally be able to take part in her first official fight, on April 13, 2019 during a short stay in France. “It's historic! This is the first fight of an Iranian who is validated, registered with real referees by a national federation. It is the first official fight of an Iranian” in the English boxing speciality, assures Mahyar Monshipour, in charge of the organisation. (Photo by Georges Gobet/AFP Photo) 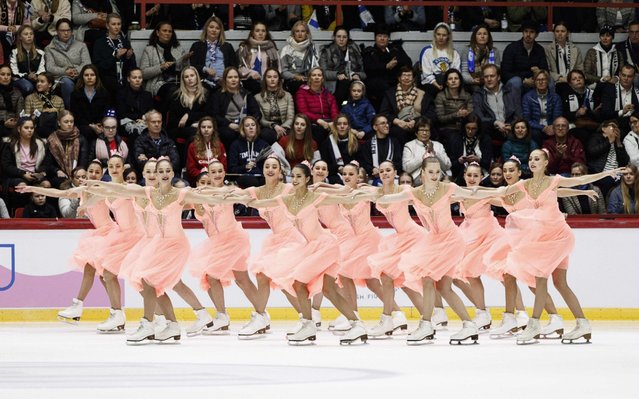