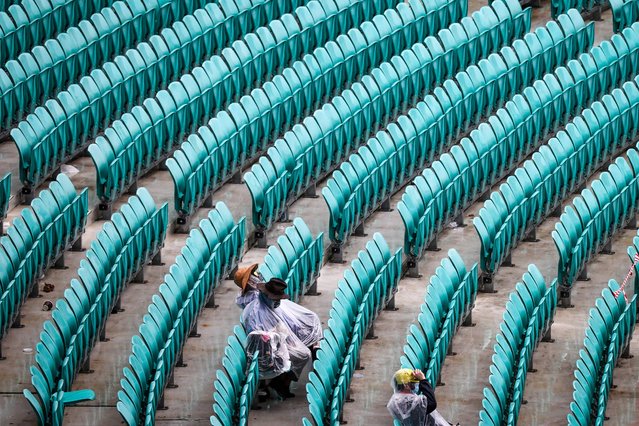 Spectators wearing face masks and rain covers sit in the stands as rain falls during day one of the third cricket Test match at the Sydney Cricket Ground (SCG) between Australia and India on January 7, 2021. (Photo by David Gray/AFP Photo) 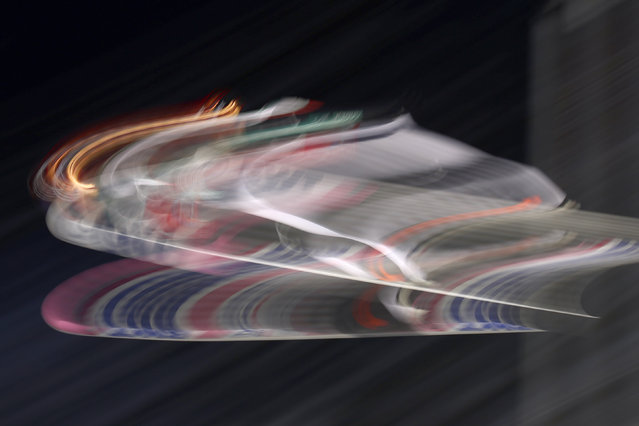 In this picture taken with a slow shutter speed, Junshiro Kobayashi of Japan soars through the air during a competition jump at the first stage of the 69th Four Hills ski jumping tournament in Oberstdorf, Germany, Tuesday, December 29, 2020. (Photo by Matthias Schrader/AP Photo) 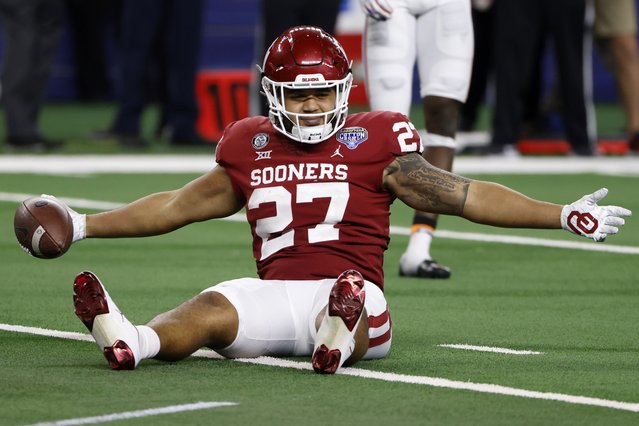 Oklahoma tight end Jeremiah Hall celebrates after catching a pass inside the 5-yard line during the second half of the team's Cotton Bowl NCAA college football game against Florida in Arlington, Texas, Wednesday, December 30, 2020. (Photo by Ron Jenkins/AP Photo) 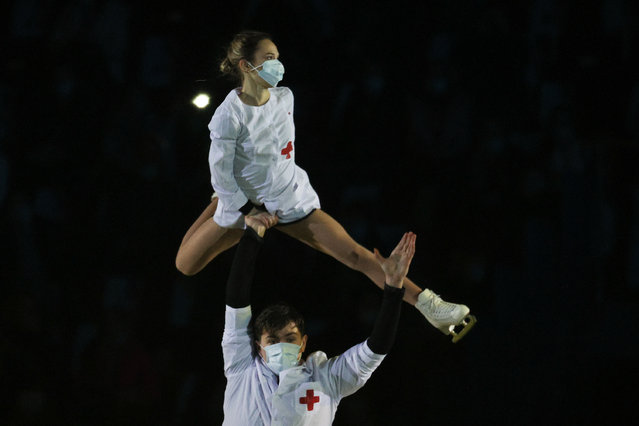 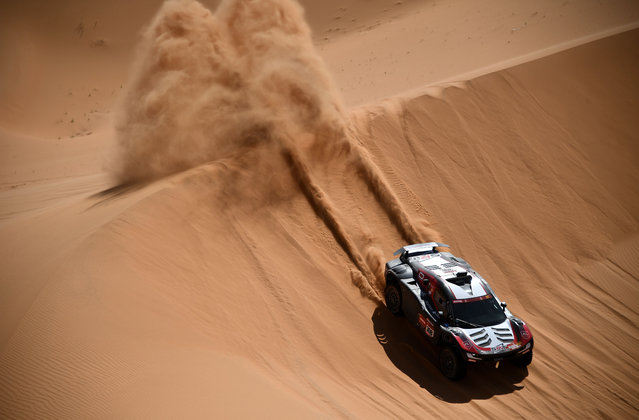 French driver Mathieu Serradori and co-driver Fabian Lurquin of Belgium compete during Stage 3 of the Dakar Rally around Wadi Ad-Dawasir, in Saudi Arabia, on January 5, 2021. (Photo by Franck Fife/AFP Photo) 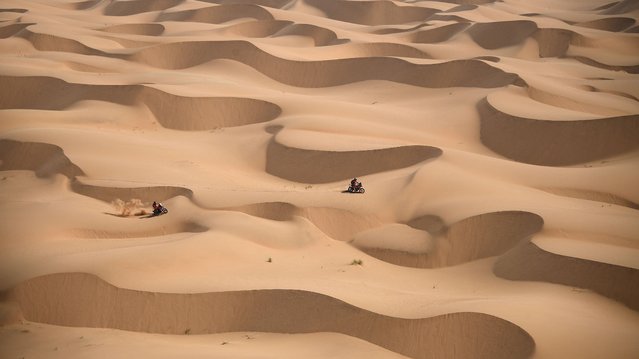 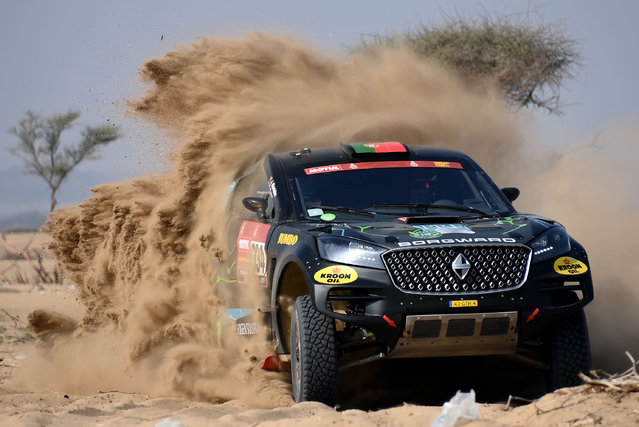 Portuguese driver Ricardo Poremi and co-driver Jorge Monteiro ride during a session on the eve of technical checkup in Jeddah, on December 31, 2020 ahead of the 2021 Dakar Rally, which this year will take place in Saudi Arabia from January 3 to 15, 2021. (Photo by Franck Fife/AFP Photo) 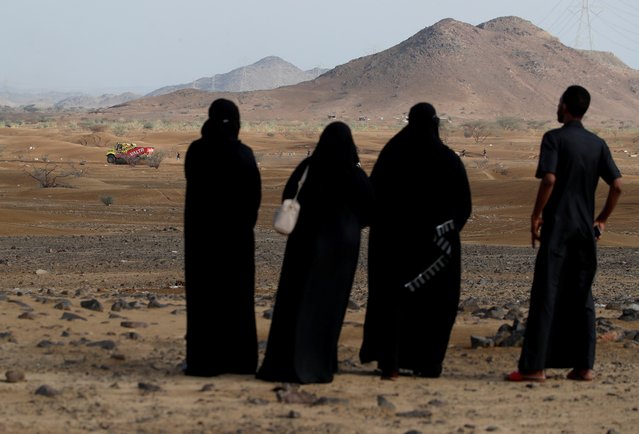 General view as locals look on during the shakedown stage at the Dakar rally near Jeddah, Saudi Arabia on January 1, 2021. (Photo by Hamad I Mohammed/Reuters) 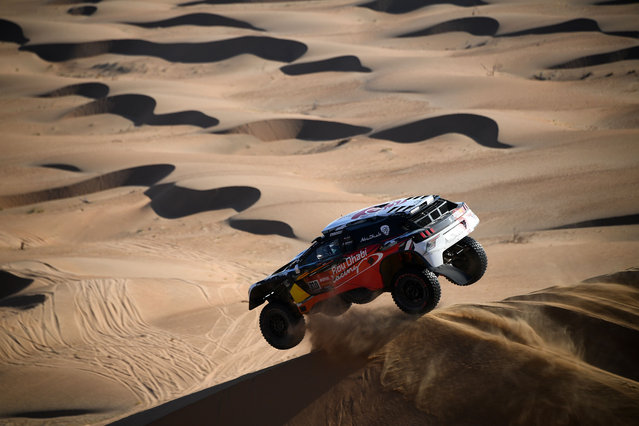 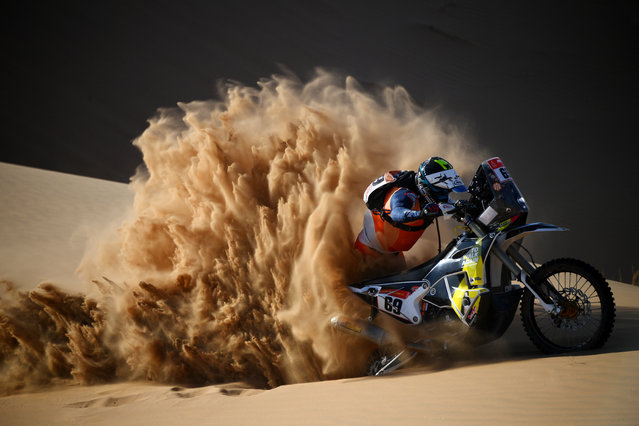 Biker Walter Roelants of Belgium rides during Stage 2 of the Dakar Rally 2021 between Bisha and Wadi Ad-Dawasir in Saudi Arabia on January 4, 2021. (Photo by Franck Fife/AFP Photo) 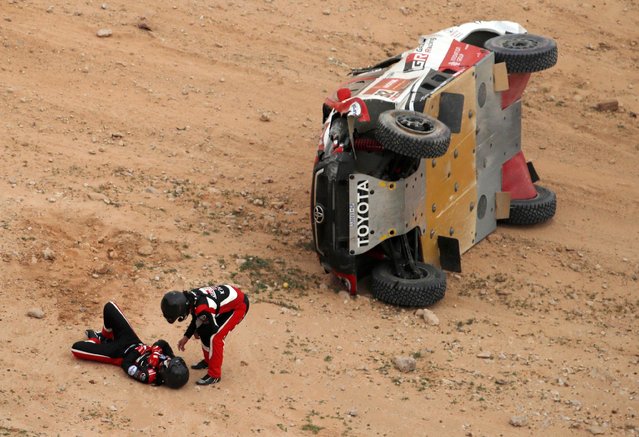 Toyota Gazoo Racing's Henk Lategan and Co-Driver Brett Cummings react after crashing during the 5th stage of the 2021 Dakar Rally held between the city of Riyadh and Al Qaisumah in Saudi Arabia on January 7, 2021. The navigator was assisted by the medical team via helicopter. (Photo by Hamad I Mohammed/Reuters) 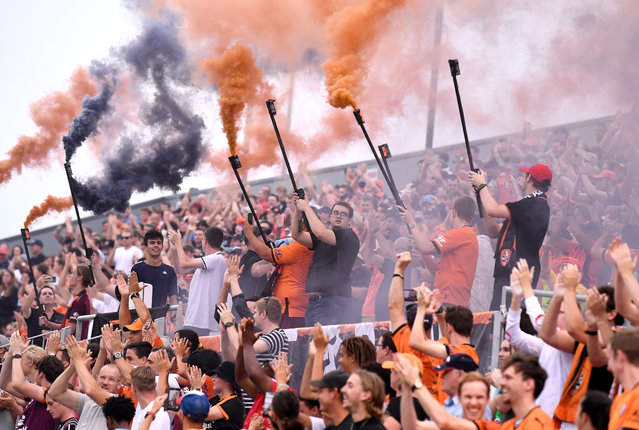 Roar fans show their support during the A-League match between the Brisbane Roar and Melbourne City at Dolphin Stadium, on December 29, 2020, in Brisbane, Australia. (Photo by Bradley Kanaris/Getty Images) 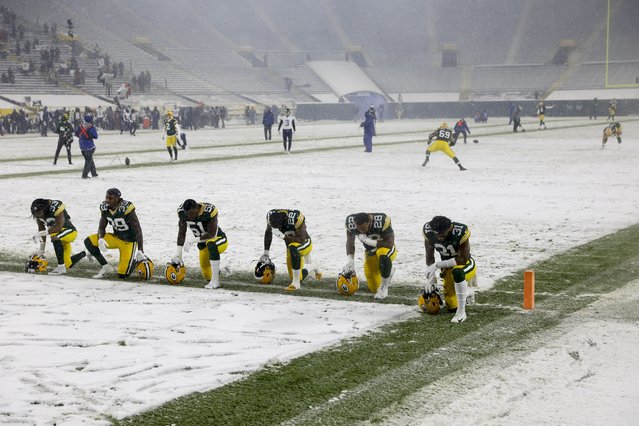 Some Green Bay Packers players pause at the goal line before an NFL football game against the Tennessee Titans Sunday, December 27, 2020, in Green Bay, Wis. (Photo by Mike Roemer/AP Photo) 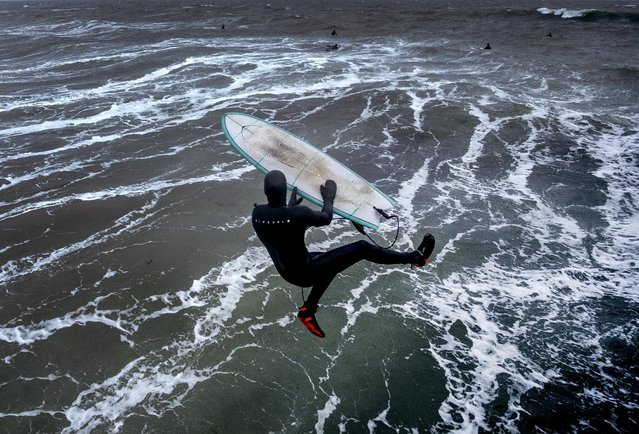 A surfer jumps into the storm-beaten Baltic Sea from the pier in Timmendorfer Strand, Germany, as temperatures reached two degrees celsius on Monday, January 4, 2021. (Photo by Michael Probst/AP Photo) 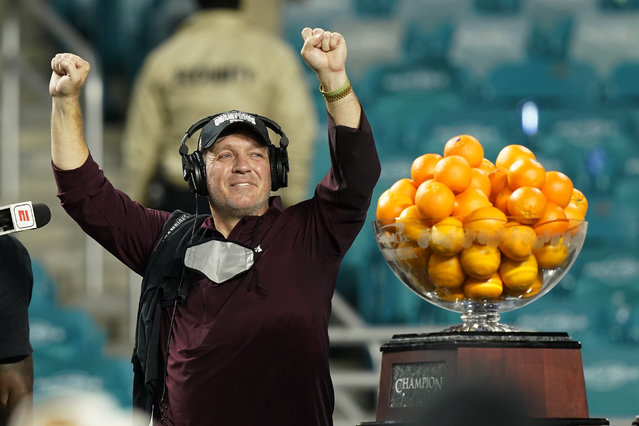 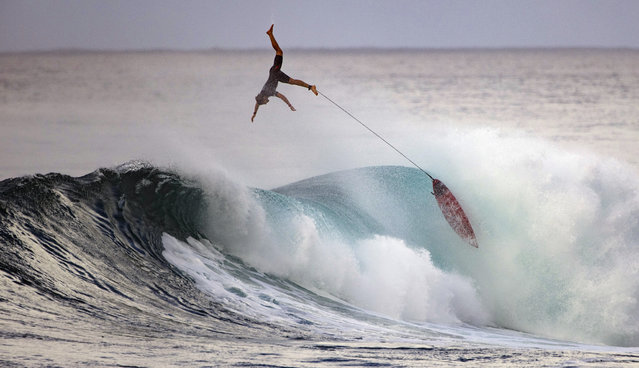 Surfer Nathan Florence of the US wipes out on December 29, 2020, during practice at Sunset Beach in Pupukea, Oahu, Hawaii. Pro surfers are getting ready for the beginning of the 2021 World Surfing League championship season in January. (Photo by Brian Bielmann/AFP Photo) 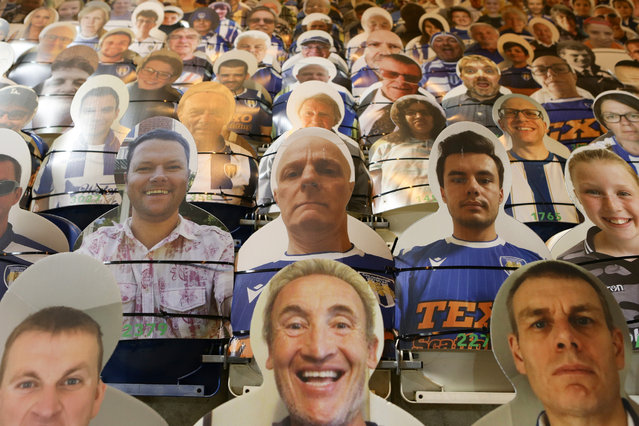