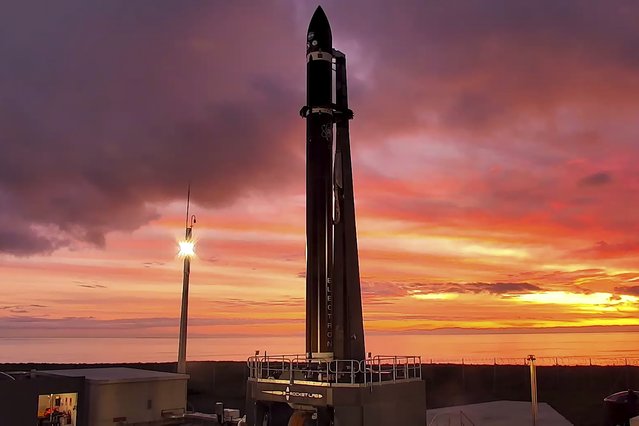 Rocket Lab's Electron rocket waits on the launch pad on the Mahia peninsula in New Zealand, Tuesday, June 28, 2022. NASA wants to experiment with a new orbit around the moon which it hopes to use in the coming years to once again land astronauts on the lunar surface. (Photo by Rocket Lab via AP Photo) 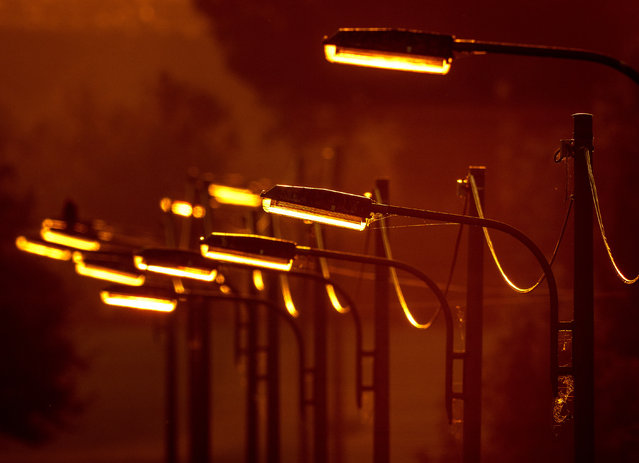 Street lamps are illuminated by the rising sun in the outskirts of Frankfurt, Germany, Saturday, July 16, 2022. (Photo by Michael Probst/AP Photo) 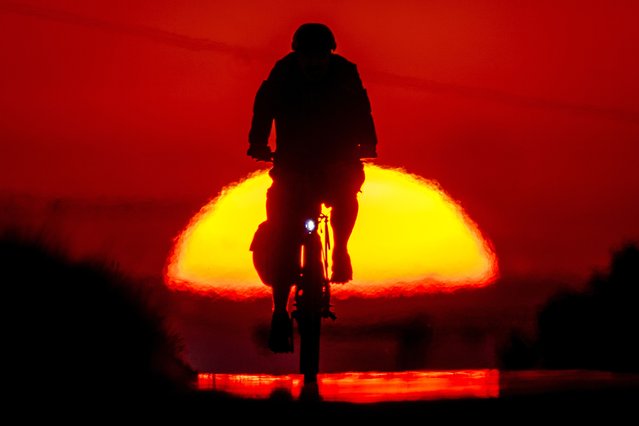 A man rides his bike to work on a small road as the sun rises on the outskirts of Frankfurt, Germany, Monday, July 4, 2022. (Photo by Michael Probst/AP Photo) 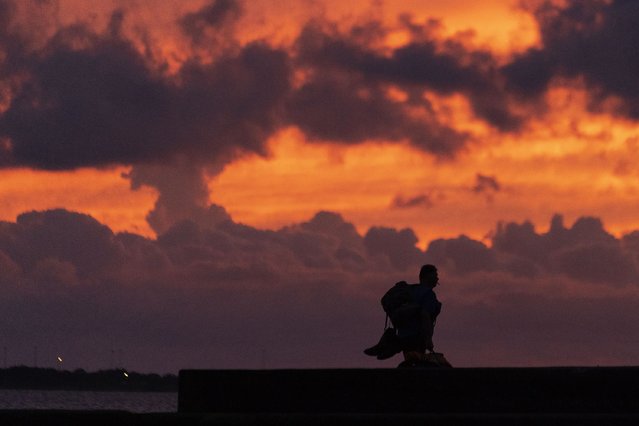 A man standing on a breakwater is silhouetted against the sunset sky Tuesday, July 12, 2022, in Pascagoula, Miss. (Photo by Kiichiro Sato/AP Photo) 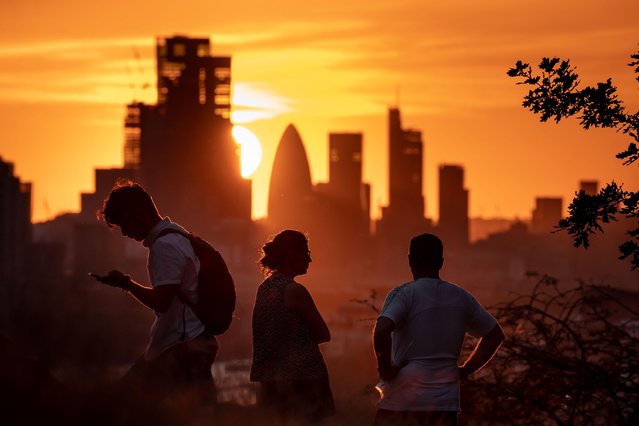 Dramatic sunset from the top of Greenwich Park as the UK's heatwave continues on July 13, 2022. (Photo by Guy Corbishley/Alamy Live News) 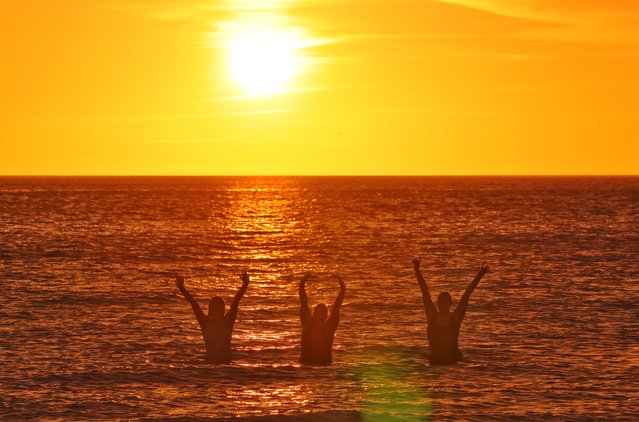 People head down to Tynemouth Longsands beach in North Tyneside, England for sunrise this morning, on July 13, 2022. (Photo by Raoul Dixon/North News and Pictures) 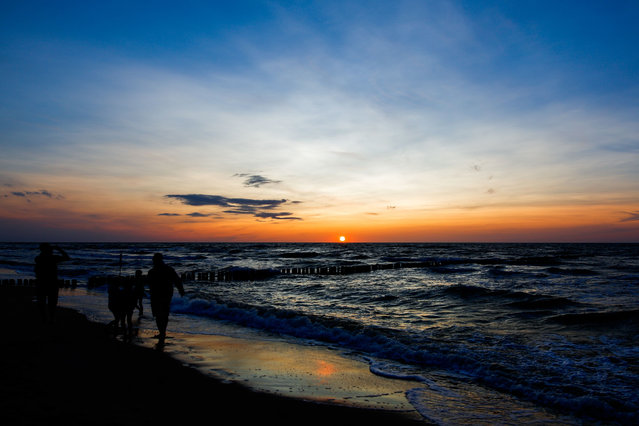 The sun sets over the Baltic sea as holidaymakers watch from the beach in Wroclaw, Poland on July 6, 2022. (Photo by Krzysztof Zatycki/Zuma Press Wire/Rex Features/Shutterstock) 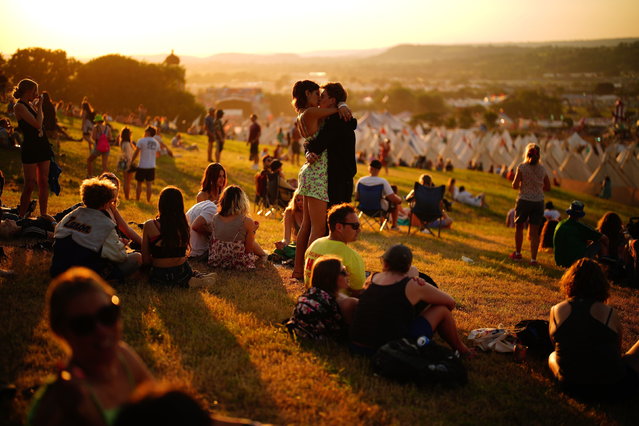 A general view of people at sunset during the Glastonbury Festival at Worthy Farm in Somerset, South West England on Wednesday, June 22, 2022. (Photo by Ben Birchall/PA Wire) 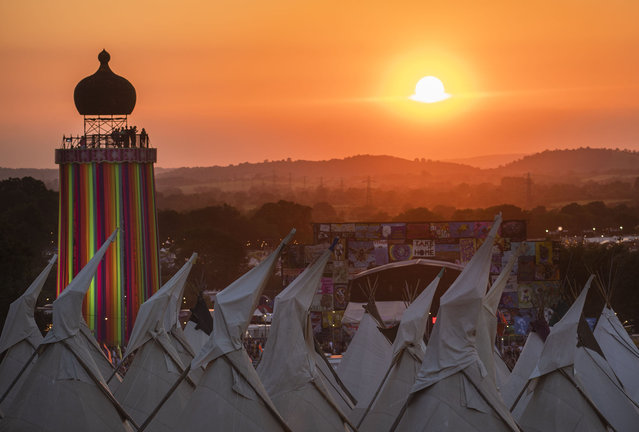 Festival goers during day one of Glastonbury Festival at Worthy Farm, Pilton on June 22, 2022 in Glastonbury, England. (Photo by Ki Price/Getty Images) 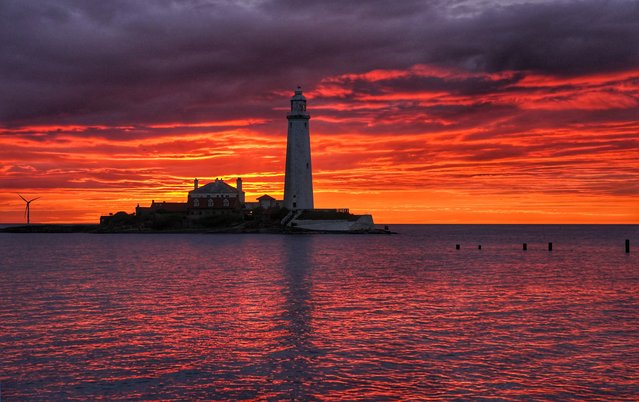 A fire coloured sky above St Mary's Lighthouse in Whitley bay on the North East coast of England just before sunrise on Friday, July 15, 2022. (Photo by Owen Humphreys/PA Images via Getty Images) 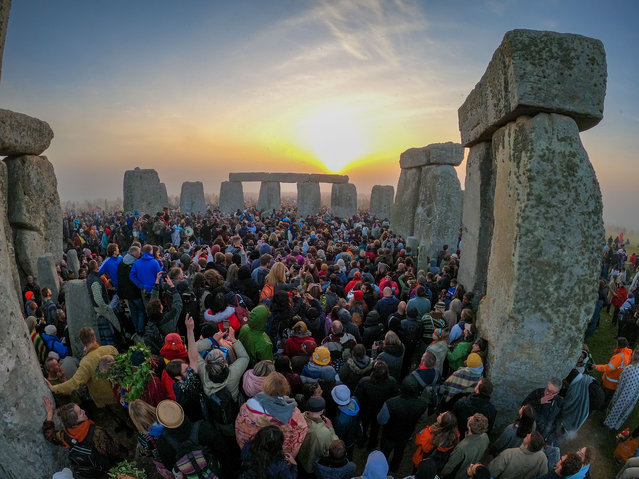 People gather for sunrise at Stonehenge, on June 21, 2022 in Wiltshire, England. The summer solstice occurs on June 21st, it is the longest day and shortest night of the year in the Northern Hemisphere. The 2022 summer solstice arrives at 5:14 a.m. (Photo by Finnbarr Webster/Getty Images) 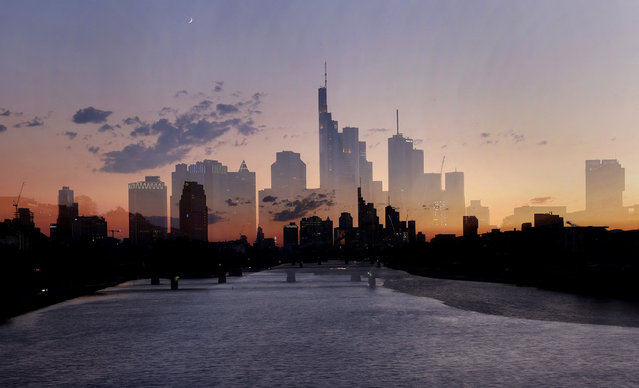 The sun sets behind the skyline of Frankfurt, Germany, July 3, 2022. Picture taken with zoom effect during long time exposure. (Photo by Kai Pfaffenbach/Reuters) 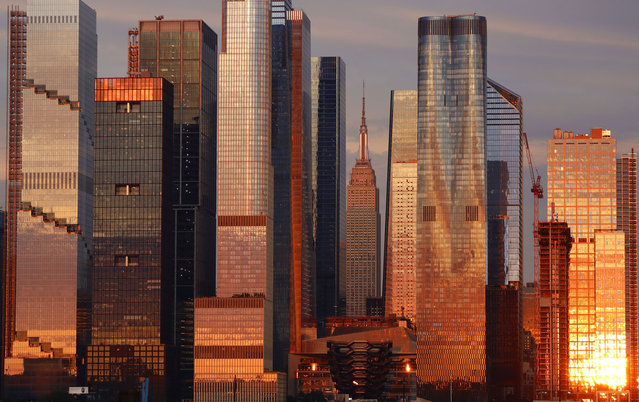 The sun sets on Hudson Yards and the Empire State Building in New York City on July 9, 2022, as seen from Weehawken, New Jersey. (Photo by Gary Hershorn/Getty Images) 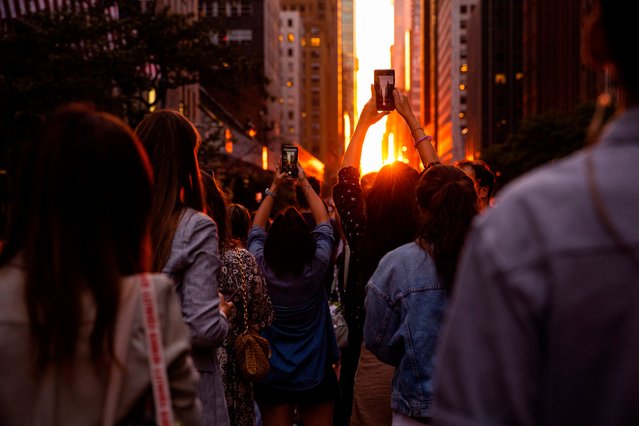 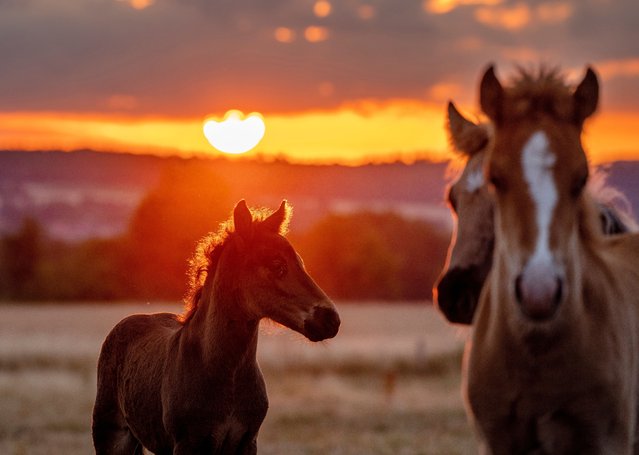