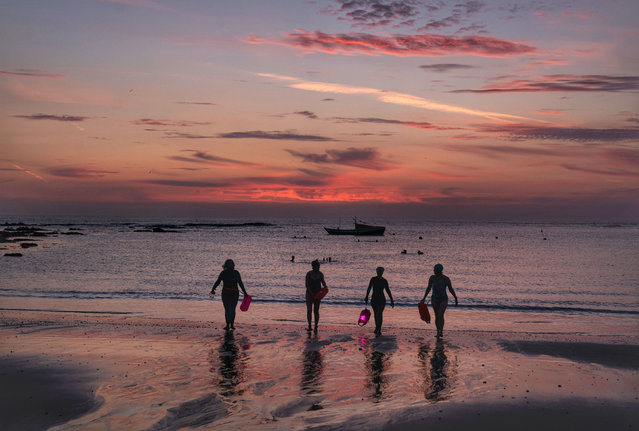 Sea swimmers emerge before dawn from the waters of the North Sea at Cullercoats Bay, between Tynemouth and Whitley Bay, on the north east coast of England on Friday, September 17, 2021. (Photo by Owen Humphreys/PA Images via Getty Images) 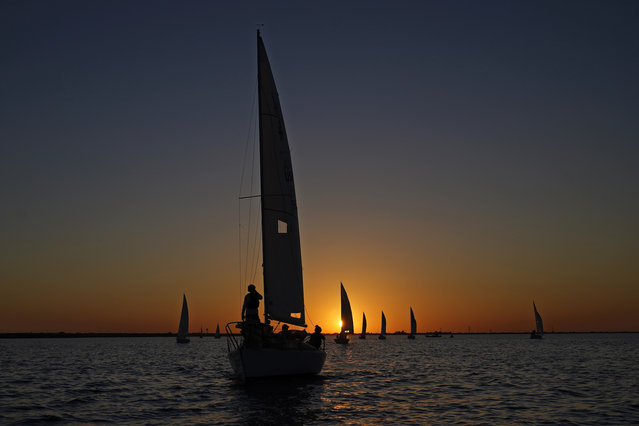 Sailboats return to the harbor following an evening of racing, Wednesday, August 25, 2021, in Oklahoma City. (Photo by Sue Ogrocki/AP Photo) 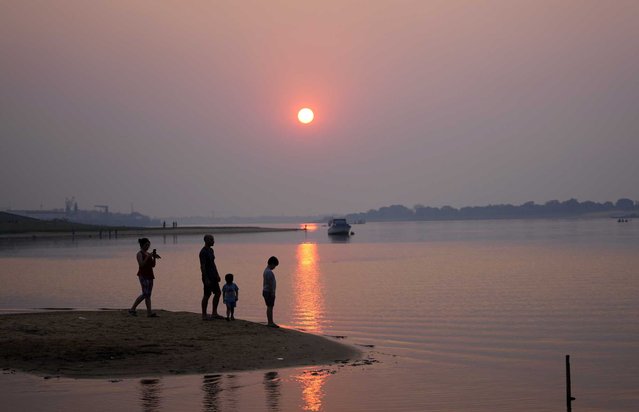 A family is silhouetted against a reddish dusk caused by fires in the countryside, in Asuncion, Paraguay, Saturday, August 21, 2021. (Photo by Jorge Saenz/AP Photo) 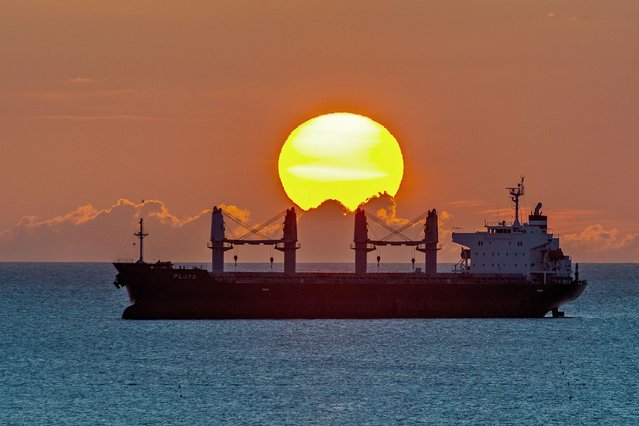 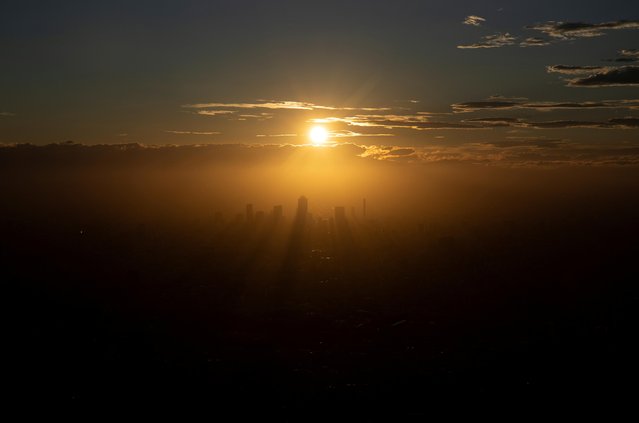 A general view of the capital during sunset from the Tokyo Skytree in Japan, August 18, 2021. (Photo by Molly Darlington/Reuters) 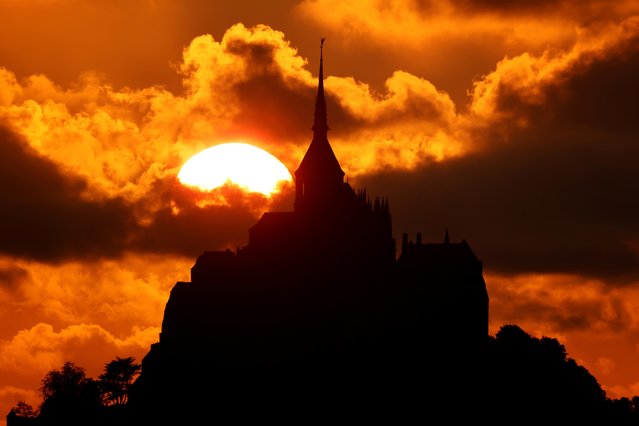 The iconic Mont Saint-Michel is seen at sunset in the western region of Normandy, France, August 22, 2021. (Photo by Pascal Rossignol/Reuters) 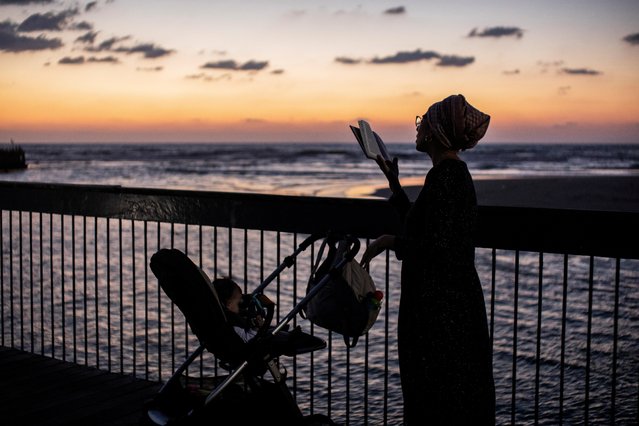 A Jewish woman prays as she takes part in the Tashlich ritual on the shore of the Mediterranean Sea in Tel Aviv September 12, 2021 ahead of Yom Kippur, the Jewish Day of Atonement, which starts on Wednesday at sundown. Tashlich is a ritual of casting away sins of the past year into the water. (Photo by Nir Elias/Reuters) 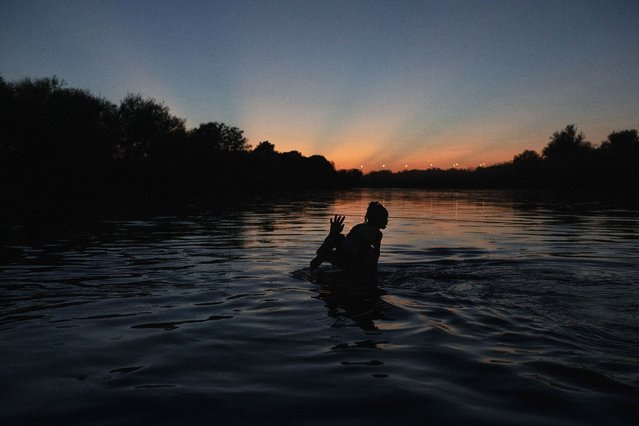 Haitian migrants wade across the Rio Grande from Del Rio, Texas, to return to Ciudad Acuña, Mexico, Sunday, September 19, 2021, to avoid deportation to Haiti from the U.S. The U.S. is flying Haitians camped in a Texas border town back to their homeland and blocking others from crossing the border from Mexico in a massive show of force that signals the beginning of what could be one of America's swiftest, large-scale expulsions of migrants or refugees in decades. (Photo by Felix Marquez/AP Photo) 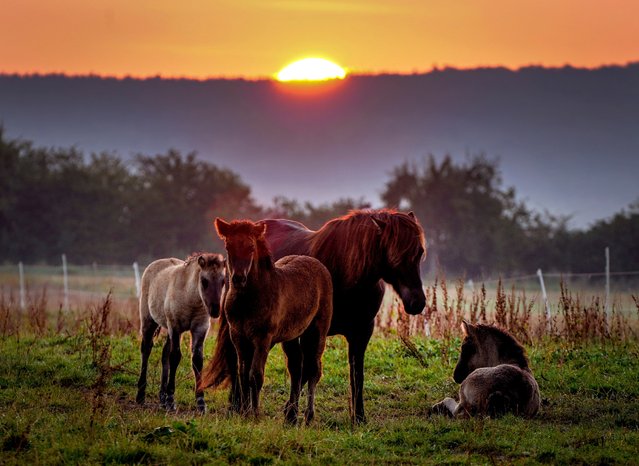 Icelandic horses stand on a meadow at a stud farm in Wehrheim near Frankfurt, Germany, as the sun rises on Monday, September 6, 2021. (Photo by Michael Probst/AP Photo) 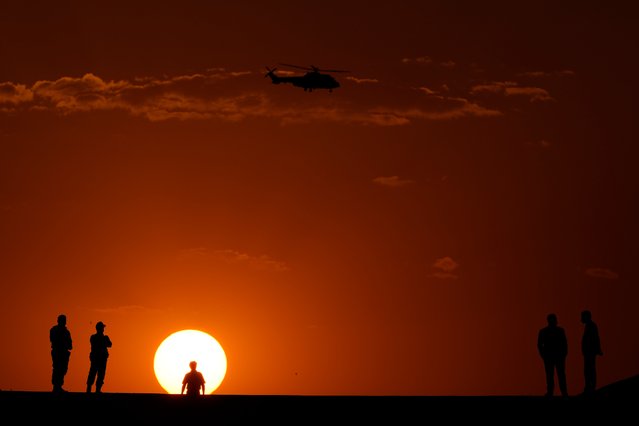 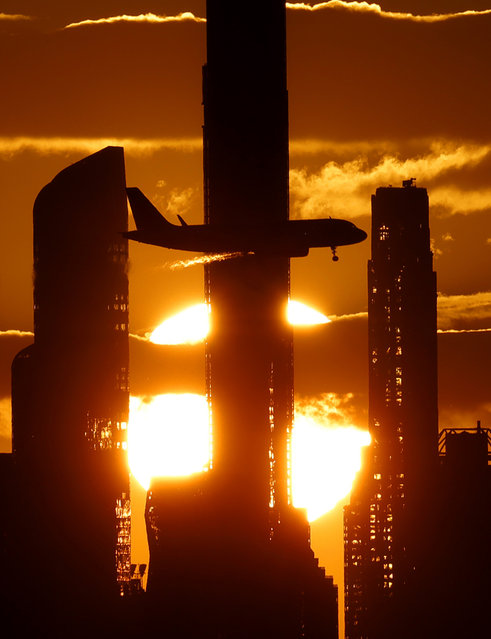 An airplane moves across the Manhattan Skyline at sunset during the second round of the 2021 US Open Tennis Championships at the USTA Billie Jean King National Tennis Center on Thursday, September 2, 2021 in New York City. (Photo by John Angelillo/UPI/Rex Features/Shutterstock) 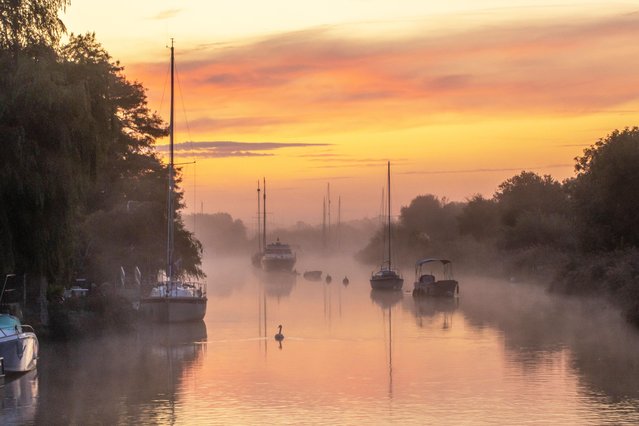 Sunrise over the River Frome in Wareham, Dorset on September 12, 2021. Today is expected to be cloudy with outbreaks of rain across the country. (Photo by Rachel Baker/BNPS Press Agency) 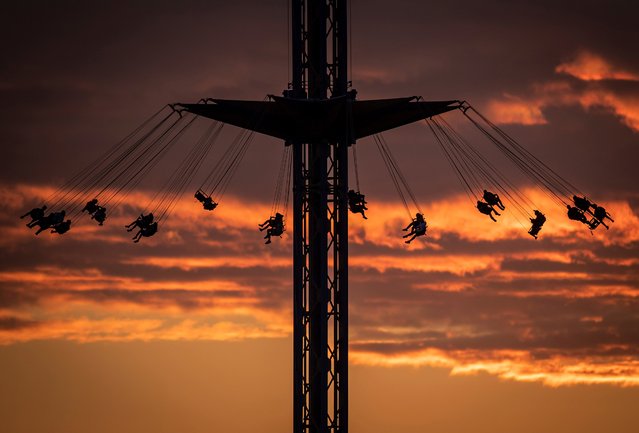 People are silhouetted while riding the Atmosfear double swing, which lifts riders more than 66 meters into the air while spinning at up to 70 km/h, at the Pacific National Exhibition at sunset in Vancouver, British Columbia, on Tuesday, August 31, 2021. (Photo by Darryl Dyck/The Canadian Press via AP Photo) 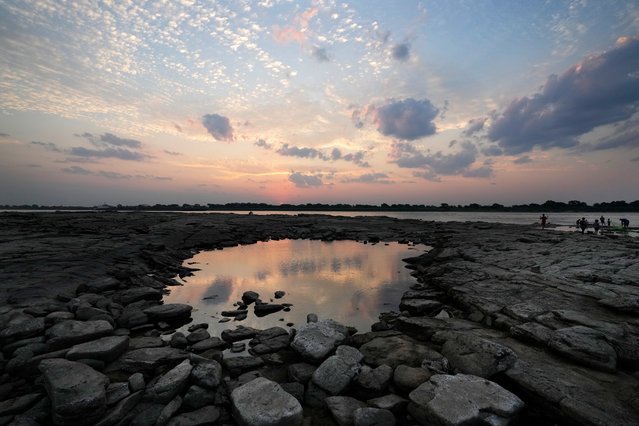